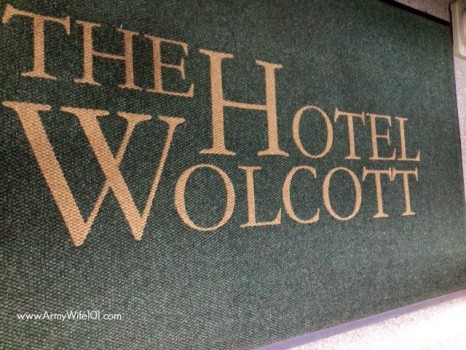 Disclosure: I received a complimentary stay at The Wolcott to share my experience. All opinions are my own.

In continuation of my travels in our Military Travel Series, I made my way to NYC. I was already visiting and had the opportunity to stay at a gem in the Big Apple known as “The Hotel Wolcott”.

The Hotel Wolcott has been known to hold military deals in the past and even without a military deal they are one of the most affordable unique and centrally located hotels in the city.

I begin my stay late in the evening because I went to a 90’s concert at BB Kings and let’s just say I got caught up partying a bit to hard hehe! I walked in and was blown away by the amazing architecture and decor of the lobby. 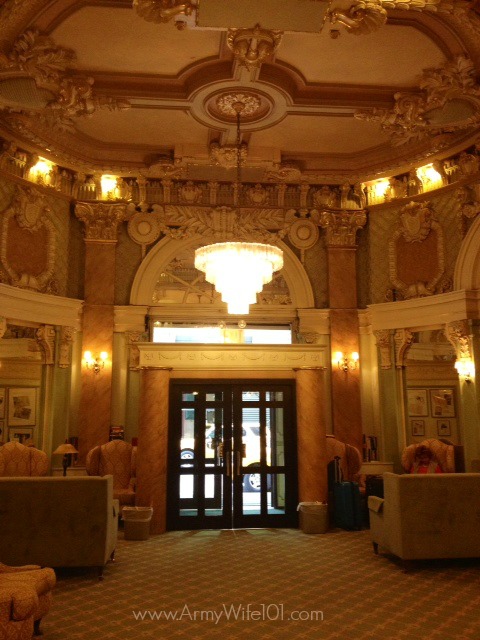 I was greeted by a friendly desk clerk and able to check right in. The elevators were right by the check in desk which I found convenient as I didn’t have to go find them. I headed to my room down quaint old style hallways with heavy doors that had knockers on them. 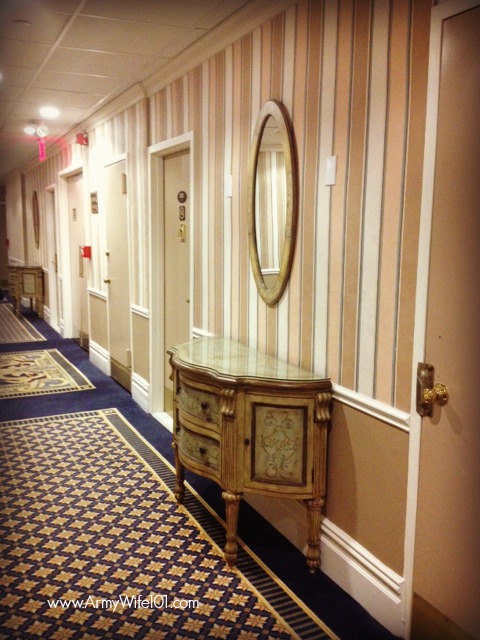 Once I got to my room I was greeted by some of the most unique hotel decor I have seen in quite sometime. Take a look at the video below:

I was given a suite which gave me access to two doors in my room and plenty of room. The suite I was in featured two bedrooms and one bathroom. The biggest difference was that there were 3 beds but they all were twin size . Of course there are other rooms with queen size beds and double beds for your convenience. The beds themselves were comfortable and I woke up feeling refreshed. I also woke up hungry and loved that I called downstairs and was referred to the 24 hour deli that delivers directly to your room. My room was very clean and so was the bathroom which is a very big indicator of cleanliness in my opinion. The bathroom was nothing spectacular but clean and suited my needs with a decent sized tub. Trust me I have stayed in other New York hotels and this bathroom is twice as big as many of them. 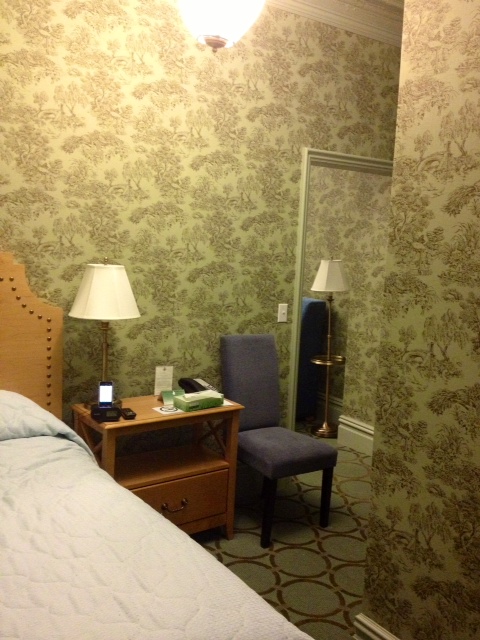 One of the other amenities that came in very handy was the Ipod docks which I was able to charge my Iphone with. This was a huge convenience as I had left my charger home. 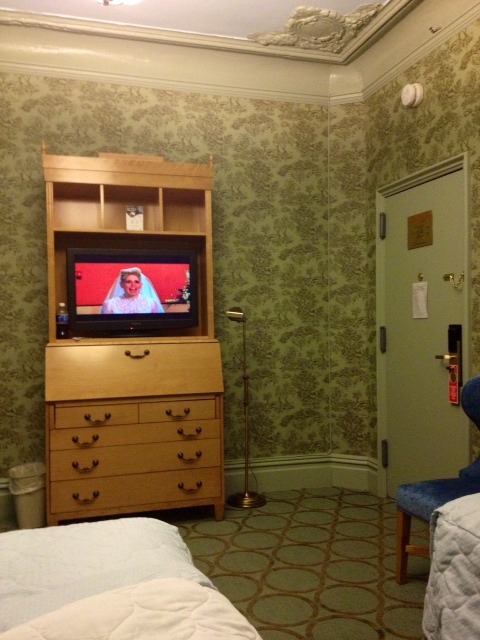 Additionally, the room came with 2 TV’s another plus and plenty of storage space. Another convenience was the remote AC. That’s pretty nifty for a retro 1900’s hotel. The best feature has to be hands down the view. As I read reviews and opinions of this hotel I could not believe that a hotel so affordable has such an amazing view of the Empire State Building. As a native New Yorker I know that most hotels charge for a great view, that’s what you tend to pay for.

The next morning I awakened to yet another wonderful view and some scrumptious yummy very nice sized muffins along with coffee downstairs. 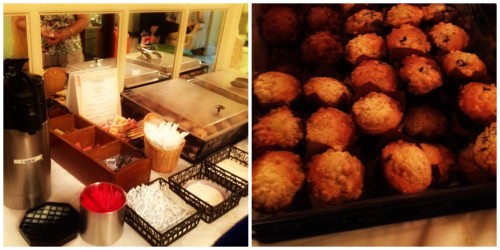 I chose to recommend this hotel because it is extremely affordable. Many of the recommended attractions with military discounts from the USO are within walking distance of The Wolcott. Alot of travel magazines have declared the Wolcott as one of the most nicest, value friendly places to stay in NYC. All in all I believe you will feel really great staying here and that you are getting your money’s worth.

Krystel is the mom of two and an Army Wife. In addition to Army Wife 101 she is the Co-Founder of SoFluential.com a digital media agency that connects brands with the military market. She has appeared on MSNBC ,FOX LA and formerly was a weekly contributor to HLN's "Raising America". She has written for various outlets including Sheknows and Lifetime and is a big fan of cupcakes and french fries.
August 14, 2013 by Army Wife 101 | 4 Comments