Home » Military Life » Onpost Living » #LivingFearless While Stationed Abroad
Onpost Living
My husband is a soldier and we were fortunate enough to be stationed in Wiesbaden, Germany for three magical years. Once settled in, I couldn’t wait to explore outside the boundaries of “little America” (aka our military base), and immerse ourselves in new surroundings, cultures and languages. 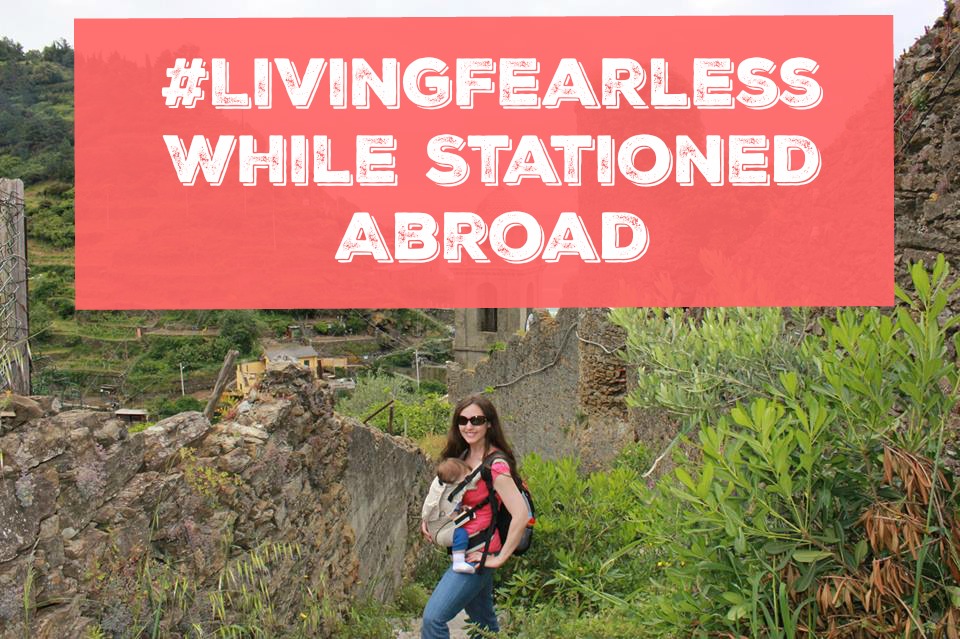 While my family was ready to adventure with passports and backpacks in hand, I noticed that not all other Americans shared our wanderlust. They weren’t comfortable leaving the confines of our American housing, going past the gate guards, and exploring a German grocery store, let alone hopping a train and seeing Europe.
Friends and neighbors often looked at me in amazement because of my excitement and passion. They wondered how I could possibly “brave” Europe and travel with two small children to unfamiliar places. It is all part of accepting the adventure, blooming where you are planted and #LivingFearless.
Moving Past Fears
I knew that the Army was providing our family with a special opportunity. I also knew that my children would receive a unique education and see things that others never would. I wanted to share this thrill with others and took it upon myself to lead by example, encourage, and invite friends along.
Even still, I could hear uncertainty in their voices. Although they admired me, they didn’t understand my courageous spirit and asked lots of questions. I’d often smile a knowing smile from a place of confidence and experience, and answer their questions as best I could.
Exploring the Unknown
I went in to my adventures with shoulders back, head high, ready to explore and show my children, by my example, that the world is a wide and wonderful place. We were not meant to sit still, but instead, take advantage of this incredible opportunity to live abroad for three years. We were practicing the art of #LivingFearless and our lives are richer because of it.
How Are You #LivingFearless?
The #LivingFearless campaign is sponsored by Protection 1. They are our nation’s full-service security provider and are sharing stories about people across the US who are making the choice to leave a fearless life.  Protection 1 employs 15-20 percent of veterans, and has close ties with USAA. They believe that they can serve us too, and they offer a military discount on their services. How are you #LivingFearless?

Krystel is the mom of two and an Army Wife. In addition to Army Wife 101 she is the Co-Founder of SoFluential.com a digital media agency that connects brands with the military market. She has appeared on MSNBC ,FOX LA and formerly was a weekly contributor to HLN's "Raising America". She has written for various outlets including Sheknows and Lifetime and is a big fan of cupcakes and french fries.
August 18, 2016 by Army Wife 101 | 0 comments