Home » PCS'ing » Confession: I’m Already Panicking About Our PCS That Is Still 9 Months Away
PCS'ing 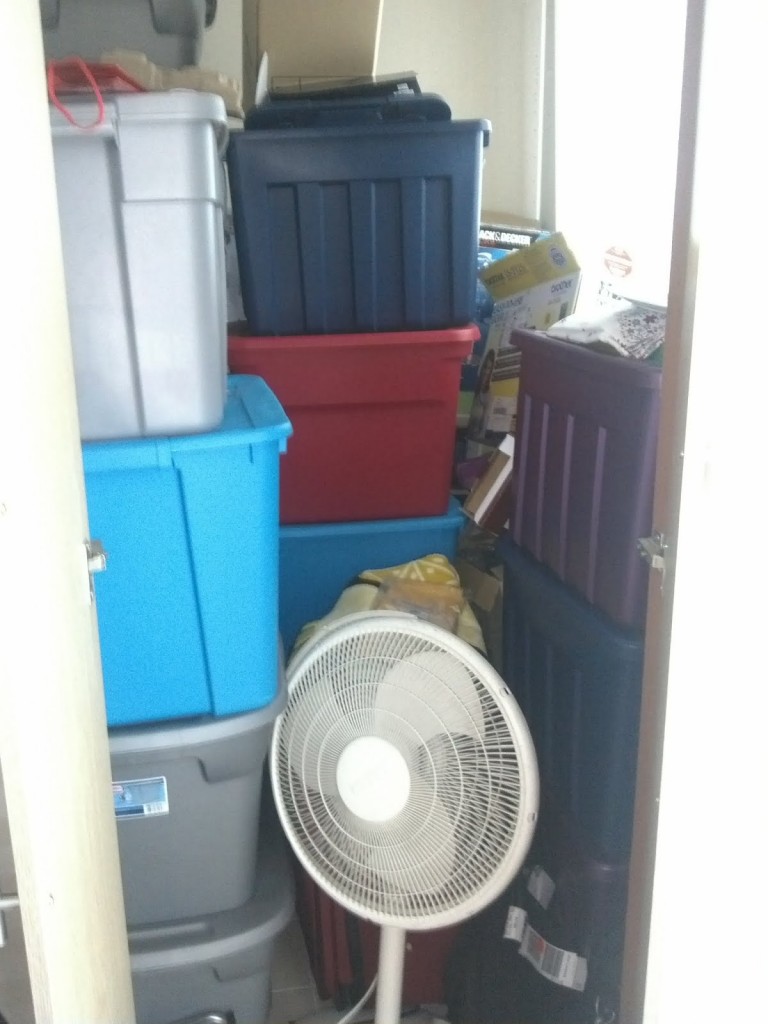 I am way too organized for my own good, which is why the thought of PCSing is already giving me nightmares. We still have about 9 months to go in Korea, yet I am already thinking about what to sell, what to ship, and what to just take home with me in April when I go to visit. Is this normal? Do normal people actually plan this far ahead or am I just crazy?

When I found out I had been approved to PCS to Korea, life turned into a whirlwind of chaos. Since we were not able to ship everything here, I left a good portion of our stuff at my parent’s house. The rest went into bins, because I like to pack my own stuff, and was shipped over to Korea. Not only did I leave stuff that in the States that seemed useless in Korea, (wall hangings because our walls here are cement covered in wallpaper and furniture because we were able to borrow some from housing for the duration of our stay,) but I also left stuff that I knew I would need our next duty station (extra silverware, sets of dishes, extra kitchen stuff, one of my winter coats, etc.) Sometimes I start looking for something in Korea, and realize that it’s back in the states. Sometimes, if I really need a particular item, I ask my mom to send it to me. It’s an endless cycle that will not be over for another 9 months.

I also self-shipped tons on stuff to Korea, weeks before coming over, because it takes up to two months to ship your household goods and unaccompanied baggage overseas. The movers were also not going to my parents for another week after I left. Items I self-shipped included: towels, toothbrush holder, napkin holder, paper towel holder, silverware, wine opener, kitchen cooking utensils, plastic plates/cups, picture frames, books, sheets and knick knacks. I couldn’t imagine waiting up to two months for the stuff I use daily and decorations to make our apartment feel like home.

Now I’m thinking, when can I start packing all this stuff up without looking like a whack job. Can I return the housing furniture sooner rather than later, just so I don’t have to worry about it? We do have furniture that came with our apartment, as well as, a few purchased items.

I’ve decided that I can kind of start to pack in April, because that’s when I am making my next and last visit to the states. I can take all of our winter stuff back and maybe some Christmas decorations that I am particularly fond of. While I’m at my parent’s house I can reorganize stuff that will be coming with us to our next duty station and re-label boxes.

Then I can start really packing at the end of the summer and selling stuff in September, but I am already making a mental list on what is being sold, donated, or dumped. I also have a mental checklist going for what I want to buy on Black Friday for our next place. I am trying to avoid self shipping stuff this time because that really did add up and it’s not like the Army would reimburse me for my craziness, although I did ask.

I can’t imagine what my moving mood will be come September (with still two months to go,) but I have a feeling it’ll drive my husband insane. He both loves and hates my extreme over planning. I just can’t help it; I’d rather sit in an empty apartment for a week or two, rather than wait till the day before we move into a hotel to have stuff picked up.

I also have to think about how the heck we are going to get all of the stuff from my parents house to our next duty station. I think this could be considered a partial DITY move, but who really knows?

Does anyone else sympathize with me, or am I just standing out on a limb here, all alone?

2 Comments on Confession: I’m Already Panicking About Our PCS That Is Still 9 Months Away