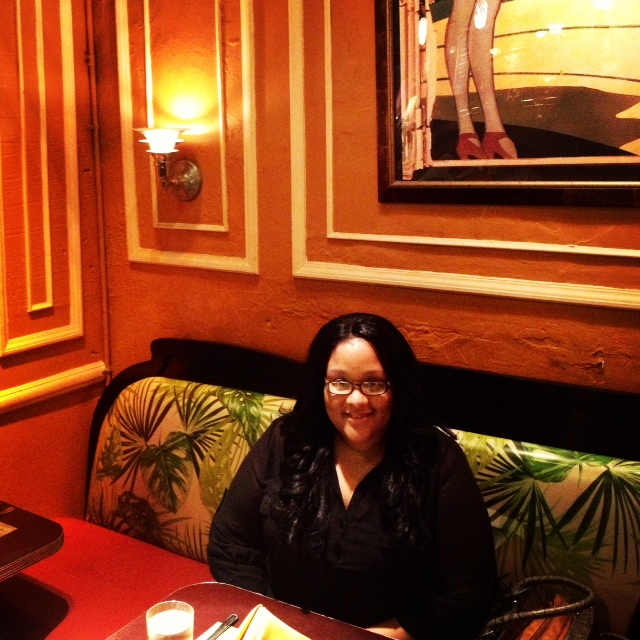 Disclosure: My meals were provided to me complimentary as part of this series. All opinions are my own and have not been influenced.

You may know that I am from Long Island , New York and recently spent the past month visiting home. While home I made it my mission to do sort of a staycation and visit a few places. Many of you have showed interest in visiting New York City and I wanted to share a place or two that you should check out that are affordable and military friendly, if and when you make your way to the Big Apple.

I recently had the pleasure of visiting Havana’s Central located in Times Square in NYC. Havana’s serves tasty affordable Cuban cuisine in a retro themed environment reminiscent of 1950’s Cuba. 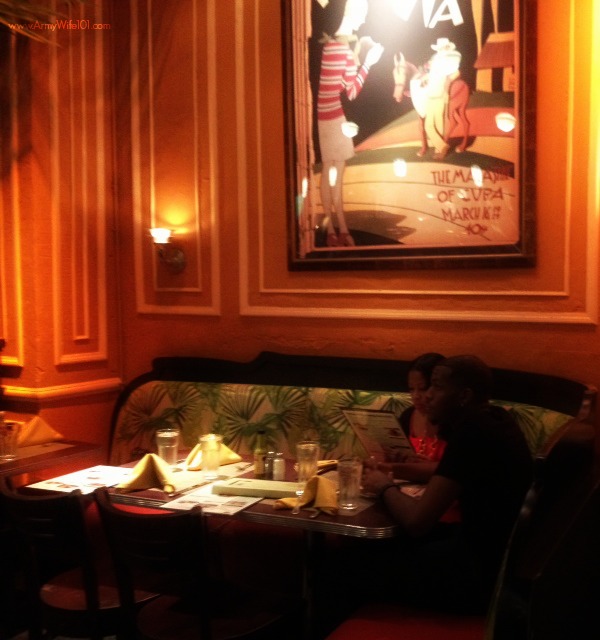 I swear from the moment I walked in I felt like Al Capone or Tony Montana were going to come and sit down in their suits and have a fancy dinner with cigars thanks to the decor which I loved. The Cuban music was playing in full force in the main dining area. On the weekends evenings jump off as a live band adds to the Cuban ambiance and livens up the dinner experience. 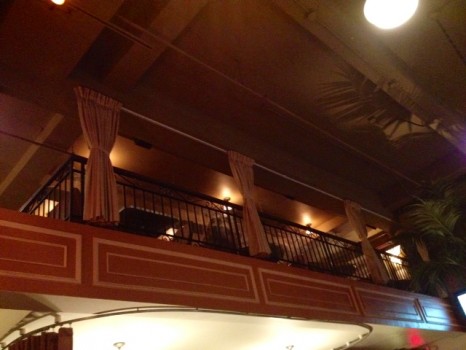 Things That Stand Out

I am really digging Havana’s kids menu. In fact on top of the fact that they offer a military discount this was one of the things that drew me to them. The menu is actually filled with dinner dishes besides just burgers and fries. Kids items include skirt steaks, empanadas , and roast chicken and rice ,in addition to normal kids items like grilled cheese and chicken fingers.

The night begin with an appetizer and in the spirit of getting to try all my courses, I decided to go light with a Lobster Salad on Avocado. This was an automatic winner in my book because the lobster was actually REAL lobster. The lobster salad was flavorful and affordable averaging just around $9. In addition the appetizer comes paired with fried tostadas.

Of course my appetizer wouldn’t be complete without a drink and I had heard about the Mojitos which did not disappoint. They were absolutely refreshing! They come in several flavors but I opted for the Passion Fruit. 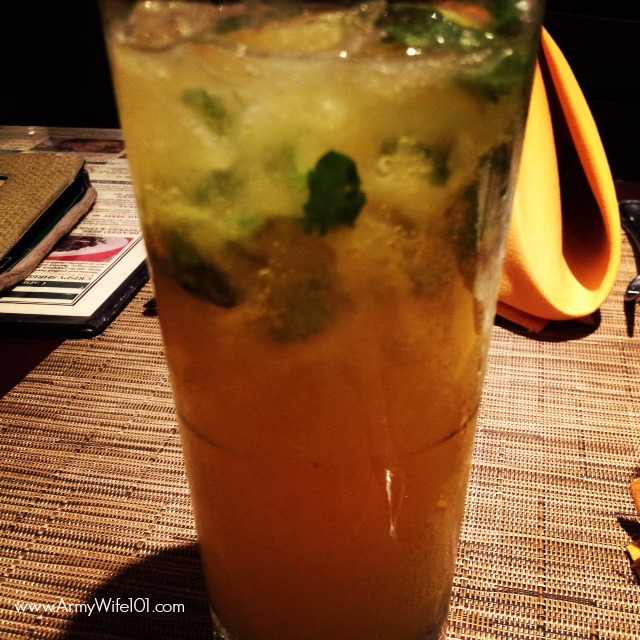 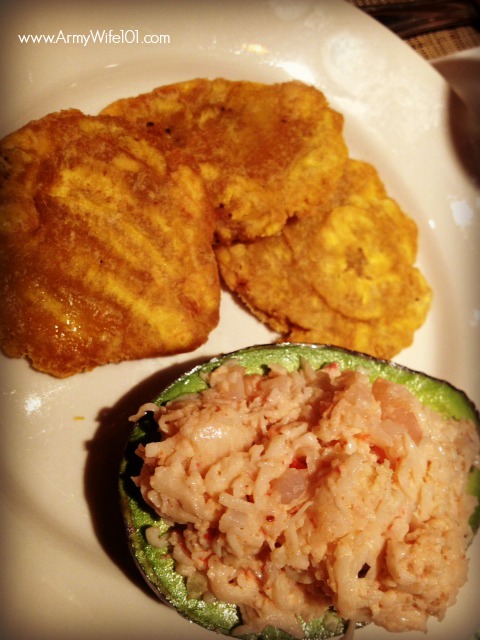 Next up was dinner and my family and I all went for the Salmon and Shrimp on a bed of sauteed veggies with a mango sauce on the side. We also received a choice of black or red beans and white or yellow rice on the side. I chose the black beans and yellow rice. 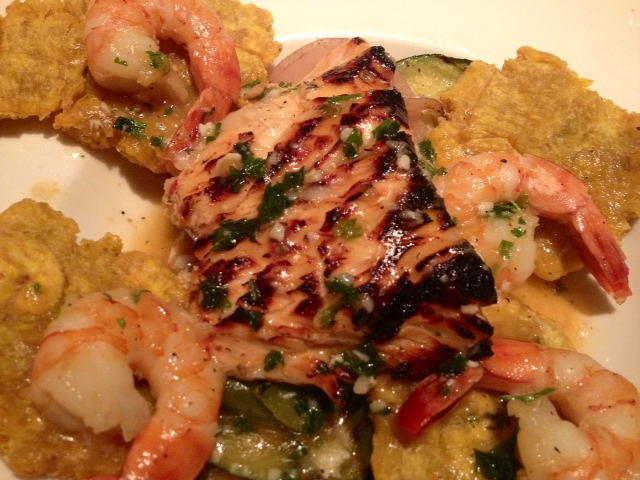 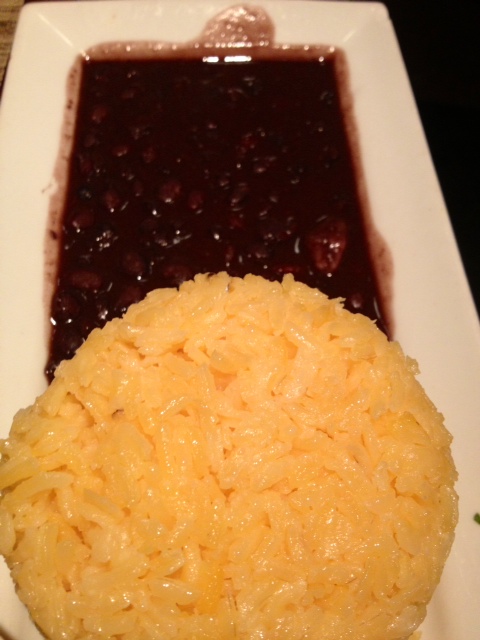 The shrimp were pretty big and cooked to perfection with a savory flavor of spices and the salmon has a sweet yet savory glaze which was a welcome addition to an already moist piece of fish. All was top over another serving of Tostadas which I could have did without , but when dipped in the sauce they paired well with the meal too.

Lastly we all chose one of the most anticipated parts of the meal …DESSERT! I chose the Three Milk Cake Tres Leches and also nibbled off of Cuban Flan. The flan was creamy and was pretty good although I swore up and down I probably would never try it. My Tres Leches cake wasn’t so bad after I got over that it was saturated in milk which definitely kept it from being dry. My favorite part of that cake was the whipped icing on top. 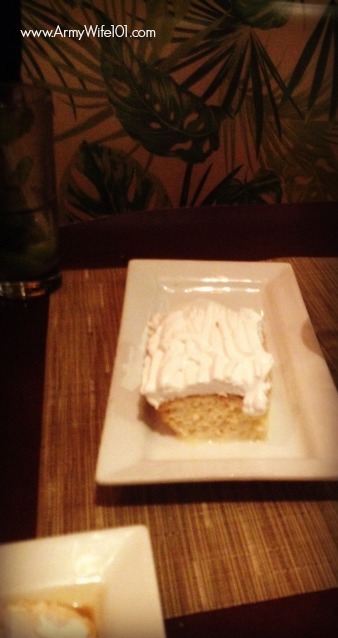 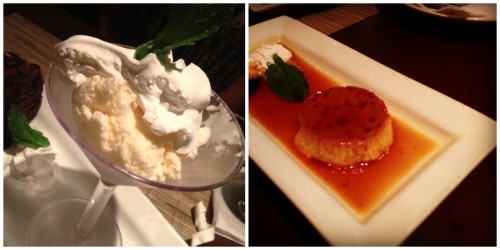 All in all my experience at Havana’s was fun. It’s a great place to visit if you’re a tourist but want to try something a bit different. The location is great not only because it is in Times Square but because a parking garage is located directly across the street for those who are driving. Unlike many NYC eateries, Havana’s offers a great deal of space and you won’t be on top of other patrons. It is also ideal to eat here if you are bringing a large group because I noticed quite a few places inside the restaurant for larger sized parties.

Our waiter was very attentive and although busy he made sure to keep our glasses filled and our plates cleared as we finished our courses. He explained in great detail the dessert menu which to me was great especially if you are not familiar with Cuban dishes.

Krystel is the mom of two and an Army Wife. In addition to Army Wife 101 she is the Co-Founder of SoFluential.com a digital media agency that connects brands with the military market. She has appeared on MSNBC ,FOX LA and formerly was a weekly contributor to HLN's "Raising America". She has written for various outlets including Sheknows and Lifetime and is a big fan of cupcakes and french fries.
August 2, 2013 by Army Wife 101 | 6 Comments