Home » Featured » Parenting: How Technology Can Coexist With Kids In A Healthy Way +Giveaway
Featured

*This section of http://www.ArmyWife101.com contains a blog discussing products and services for which I have received promotional consideration from A&E Television Networks, LLC (“AETN”) and/or AETN’s third-party advertisers. Unless otherwise expressly indicated, the opinions that you read on this section of http://www.ArmyWife101.com are those of this bloggers and/or the advertisers that commissioned or paid the blogger. 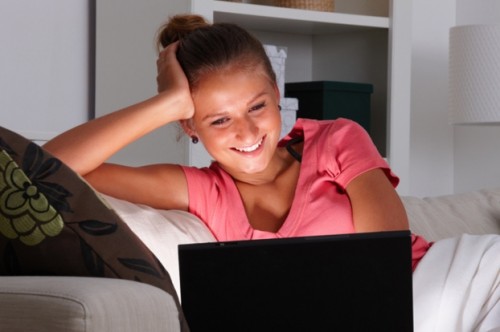 When parents come to me with questions about how to monitor their kid’s technology, it’s almost always after they’ve discovered something – a questionable photo on Instagram, a conversation with a stranger, usage when they should have been doing their homework. No matter how conscious and proactive parents are about setting limits in other areas, often they don’t create boundaries around technology until a boundary has already been crossed. And no wonder: Many say they simply don’t know where to begin. If they ban chatting on one device, they think, their kids will find a way to do it on another. Others parents say they didn’t realize how much time their kids actually spent staring at screens.

Believe it or not, according to recent studies, kids ages 8 to 18 spend more than seven and a half hours a day on various devices, often while multitasking. But while too much technology use is associated with lower grades and shortened attention spans, it also creates wonderful opportunities for parents and kids alike that none of us would want to give up. So here are a few ways to start thinking about how technology can coexist with kids in a healthy way.

Establish your policy up front. Earlier this year, when a mom named Jannel Burley Hoffman gave her 13-year-old son his first iPhone, it came not just with a data plan, but with a contract. Among the points: She would have his password; if she or her husband called, her son was always to pick up; there would be no porn viewing or sending or receiving inappropriate photos; he would have access to his phone during certain hours only; if he accidentally lost or broke his phone, he would be responsible for its replacement cost. Clarifying rules early on is a win-win for everyone. Kids learn that with freedom comes responsibility, and parents can feel reassured that while kids will make mistakes, they don’t have to come up with a consequence (often an overreaction) on the fly. It’s all in the contract.

Make manners matter. Because we parents were born before Facebook existed, we learned our manners offline. If we did something rude, we apologized, and our bad judgment didn’t live in cyberspace for eternity. For this reason, kids need to know that if they wouldn’t say something offline to a person’s face, they shouldn’t text, post or e-mail that comment, either.  Likewise, if they wouldn’t cut off a person sitting across the table from them mid-sentence, they shouldn’t start texting somebody else when that real live person they’re hanging out with is mid-sentence. It may seem obvious to us, but many kids need a reminder that while technology is cool, human beings – with feelings – are the ones who are using it.

Don’t give in to peer pressure…from your kids! Even if you set limits, inevitably your child will try to get you to change your mind with, “But everyone else my age has [fill in the blank]!” If you feel your kid isn’t ready for something – a Facebook account, an iPhone – listen to your gut. Yes, they may be using it from the safety of their bedroom or backpack, but once they’re online, they’re, in essence, able to interact with the entire world. Some kids are inherently less impulsive than others; some self-regulate at earlier ages than others. Your kids will internalize the limits you set, so that by gradually increasing their freedom, you’re giving them the opportunity to show you that they can handle the next level of responsibility. Just as you wouldn’t give your teenager the keys to the car if you didn’t think she could go to a party and not drink before driving, you wouldn’t give her access to a type of technology you didn’t feel confident she could be safe with. Letting your kids show you they’re ready gives you peace of mind, and them the confidence of having earned your trust through their actions.

Be in this together. Because technology is ever-changing, and so are our kids, it’s important for them to feel that while you set the rules, communication is always open. If you notice a distinct change in your child’s behavior and friendships, and you check to see if cyber-bullying is occurring, you’re being a helpful parent, not an intrusive spy. If you set a rule but it’s not in line with what the technology actually does, listen to your child’s explanation, research it, and if you need to adjust the rule, then do so. If you find your child searching for something above his age level on the Internet and you want to give him more accurate information, start a conversation about it. Yes, kids can and should have their spheres of privacy. But they need to know that the Internet is a communal space, one that parents and kids are in together. 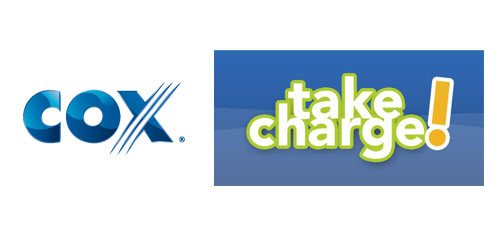 (1) Winner will receive a $50 Gift card. Simply tell us one internet safety tip that you and your family members practice.

Please leave method of contact so that you may be notified if you are the winner.

Krystel is the mom of two and an Army Wife. In addition to Army Wife 101 she is the Co-Founder of SoFluential.com a digital media agency that connects brands with the military market. She has appeared on MSNBC ,FOX LA and formerly was a weekly contributor to HLN's "Raising America". She has written for various outlets including Sheknows and Lifetime and is a big fan of cupcakes and french fries.
June 26, 2013 by Army Wife 101 | 24 Comments

24 Comments on Parenting: How Technology Can Coexist With Kids In A Healthy Way +Giveaway