The military life despite its challenges is a really great lifestyle to experience. The chance to travel at no expense and meet so many people from different backgrounds is not something to be taken lightly. However whenever we sit and dream, we think about some of the things that would possibly make the military life easier to deal with.

Here are 10 dream worthy things that would be a great extension to streamline this thing we call the “military life”. 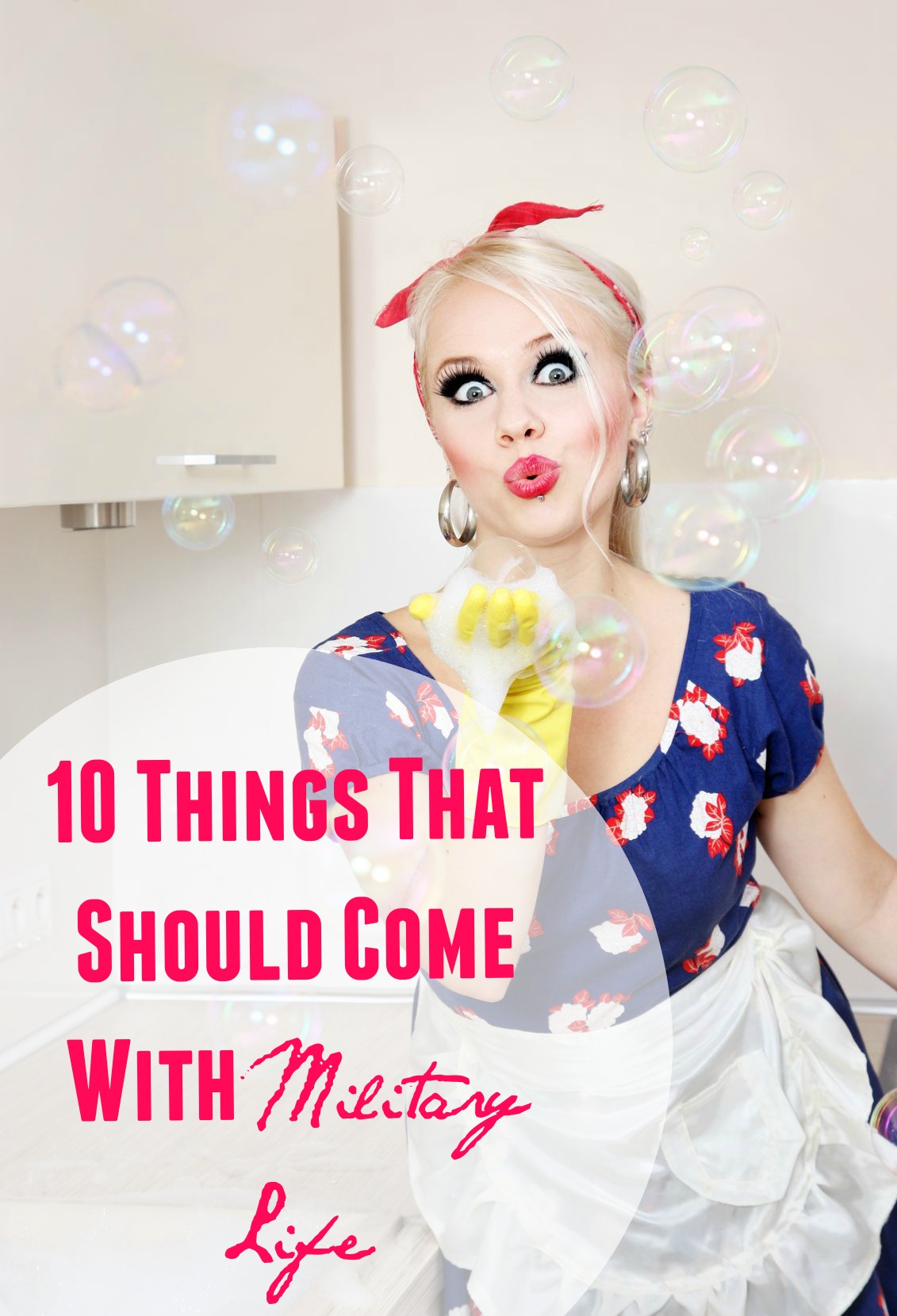 The military has all these resource websites but what about a friend finder specifically for military spouses. You know one that matches up age, gender, where your stationed, how crazy you are, amount of wine and coffee you drink each week, etc. Those types of things would make the friend making process ten times easier.

I really hate when we enrolled the kids in a new school on post and they ask for an emergency contact. Dude we’re in Hawaii! I really don’t think my mom in New York can get here in less than 20 minutes.

Wouldn’t it be great if the military gave our families at least one complimentary roundtrip ticket package home every year? I mean you’re the ones who chose to send us all the way to West Bubble Freak so why do we have to drain our savings to go home and visit immediate family.

Pay For Family To Come See Us

Yes, I think it would be awesome for the military to pay for at least one of my family members to come see me per year. Uncle Sam sent me here!

I mean since we’re in government housing and we have to keep it up to standards…couldn’t we get a housekeeper once per week as part of the military benefits package?

So since you’re shipping my husband off 10,000 miles away and he can’t be here to help me when I bring the baby home can I get some kind of nanny services?

Playroom in the Commissary

I know the commissary has been having some financial issues, but I’d be more than willing to take that tax, oops I mean surcharge and pay towards some kind of playroom with a baby sitter in it at the commissary. Do you know how much money you guys could make!!!!!

Yeah we saw that you guys are offering curbside delivery at some bases, but wouldn’t it be great to offer on base grocery delivery? I’d pay the extra fee! Notice all these fees that I’m willing to pay!!!

So the reality is we have a cellphone plan because you guys through unwritten rules require my dude(ette) to have one. So that being said this 15% off military discount isn’t really helping. How about a flat out $100 a month stipend to go towards this unwanted high bill!

Skip A Deployment (Or a PCS)

I mean between TDY’s, Field Time, and Deployments the hubby has been gone a long time. I’d really like to have him home for this baby’s delivery, or actually celebrate that thing that happens once a year called an anniversary. Can we offer a “skip a deployment” options once your spouse has been deployed three or more times? Better yet I don’t want to leave this base…I’ll take NO PCS for $500 Alex!

Krystel is the mom of two and an Army Wife. In addition to Army Wife 101 she is the Co-Founder of SoFluential.com a digital media agency that connects brands with the military market. She has appeared on MSNBC ,FOX LA and formerly was a weekly contributor to HLN's "Raising America". She has written for various outlets including Sheknows and Lifetime and is a big fan of cupcakes and french fries.
April 8, 2015 by Army Wife 101 | 1 Comment