This is a sponsored post for Myfox Security Camera.

I recently had the chance to review the MyFox Security Camera system. As you know military bases tend to be safer, but that doesn’t make them completely safe. Many homes on military bases have experienced petty theft and in some cases being robbed. And, while some newer military housing is providing alarm systems, many of the older homes don’t have a method of protection against someone invading their privacy or items. With military spouses spending a great deal of time alone any easy method of extra precaution is great to explore. And let’s be honest most of us have had that one time where something has went “bump” in the middle of the night and we wished our other half was there to check out out for us…right? Well now you can do it from the security of your bedroom.

What Is The MyFox Security Camera?

This is the reason that I thought it would be great to share my experience with the MyFox Security Camera. It’s a simple and convenient way to monitor your home right from you smart phone. The MyFox Security Camera is one of the latest home security camera systems out now.  With no monthly fee (unless you want some extended options) the camera protects your privacy while also protecting your home and valuables. So if you don’t want to be committed to a yearly contract from an alarm company then this may be the solution for you.

The camera is easy to set up . There is no assembly to the camera other then inserting the plug into the back of it and then into the outlet. The camera comes with a privacy shutter that automatically opens and shuts via the app that you will download to your phone. Be sure not to open the shutter on the camera with your finger (it’s tempting trust me) or else you could throw it off track from automatically opening and closing later on. After this you will need to download the Myfox Security app which is available both on Android and IOS. The app will give you simple instructions on how to connect the camera to to your Wifi network. This includes entering  your Wifi network and password into the app, after which a barcode will appear on your screen that you will hold up to the camera until the camera scans it. From there the app connects to the camera and you are done. This means you can view a set area of your home from phone anywhere as long as your Wifi is on in your home. Another note is that the camera comes with a European plug and another conversion plug making this a great item for overseas military too. 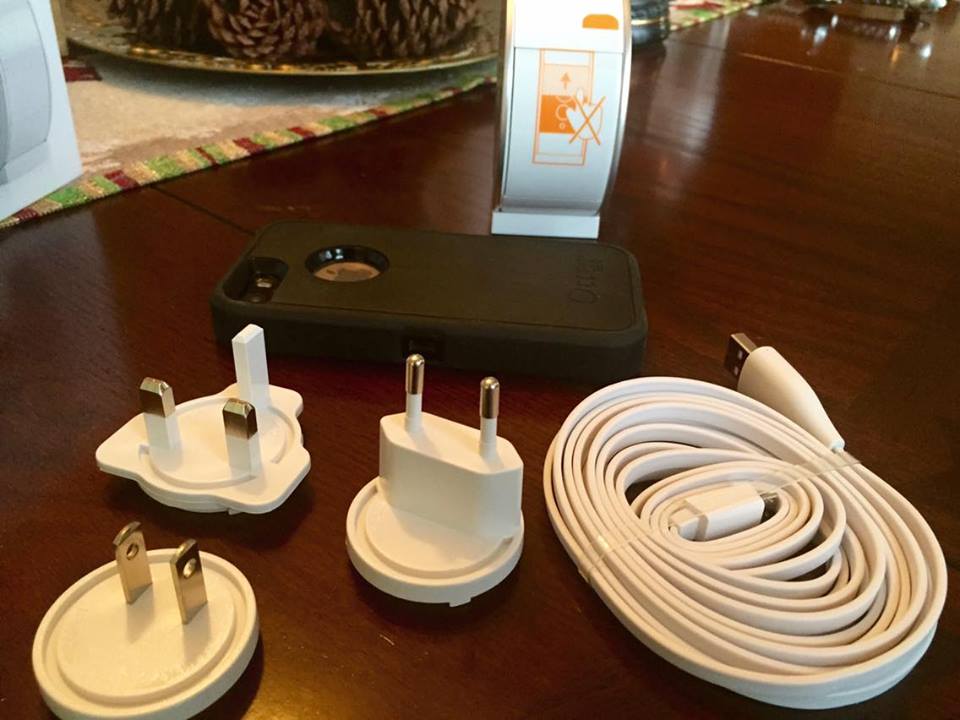 Once I downloaded the app the process was easy to begin viewing my home. I made a short video to show you how it all works.

One of the biggest features of the camera is it’s motion detector abilities which will send a notification to your phone letting you know that motion has been detected and giving you the option to call the police. 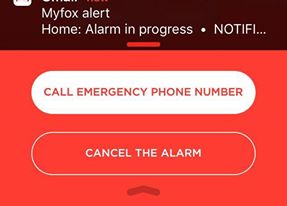 As you can see from the picture the camera has an amazing 130 wide angle view so you can see a large space at one time. The camera is also high speed and you can zoom in with clarity up to 4x. Pretty much anywhere I have been so far with a great signal I was able to view my home with no issues. Again the camera stays powered through an outlet however should the power go out, the camera can still record and give coverage for an hour. 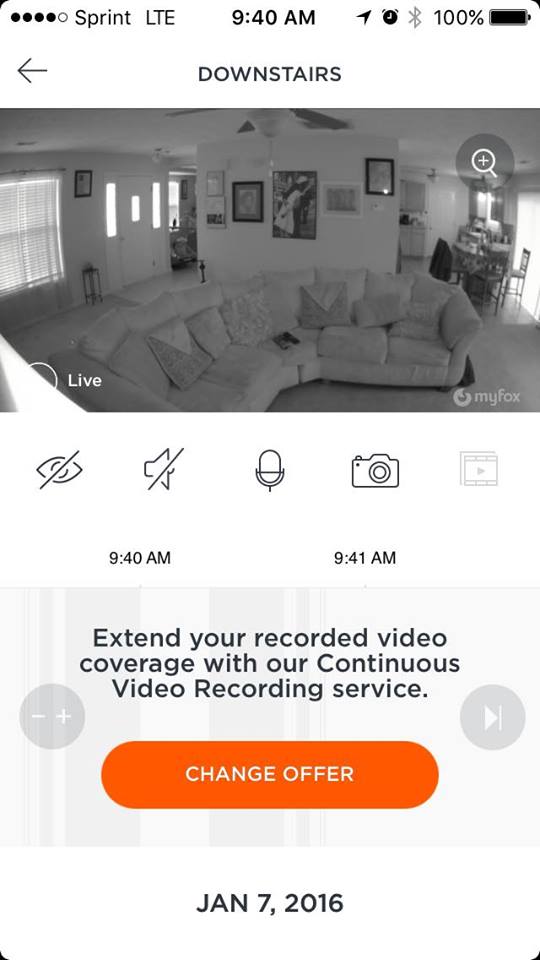 We did have a small issue where the app stopped working for a day or so but with an easy reset it was okay.

The camera sells for a onetime cost of  $199 and viewing your home live is free. Should you like access or review continuous recording coverage  you can pay a small fee of $9.99 a month for 7 days storage or $4.99 a month for one day storage. The camera can be purchased at Get My Fox.

Krystel is the mom of two and an Army Wife. In addition to Army Wife 101 she is the Co-Founder of SoFluential.com a digital media agency that connects brands with the military market. She has appeared on MSNBC ,FOX LA and formerly was a weekly contributor to HLN's "Raising America". She has written for various outlets including Sheknows and Lifetime and is a big fan of cupcakes and french fries.
January 7, 2016 by Army Wife 101 | 0 comments