Home » Featured » Yes… I Asked About The Military Payday…So What!
Featured, Military Discounts

I was listening to Next Gen Milspouse’s Podcast last night in which one of the topics trending on their Facebook page was “spouse shaming”. One of the hosts mentioned that every time they post anything in relation to the military pay day schedule, there is always one sarcastic comment. Usually this comment will say something like” that’s the soldiers money” or “why are you so concerned about when the soldier gets paid?”. In truth 10 years later and holidays can still make the paydays confusing for me. There have been times where I was expecting pay on the day of and it was actually the day before. It’s just human nature to get mixed up on these things sometimes. 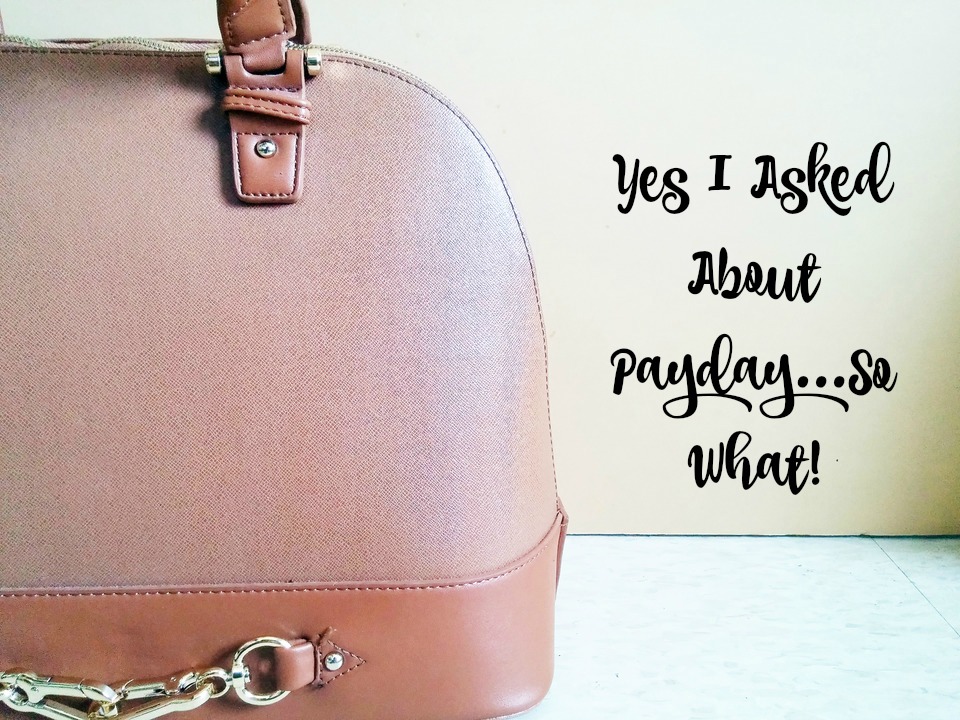 Awaken Thy Mind and Join Us In The Military Life

The reality is I can only speak for myself, but I am lucky enough to have a relationship where there is no his and mine’s. I don’t have to ask for money to do necessities like grocery shop and pay bills. Of course we discuss major purchases, but anything else  is not an issue. I think it’s sad when a spouse can’t go and buy herself basic sanitary items without having to ask. All of this has me thinking, what kind of relationships are some of these bitter spouses in that they judge those of us who simply ask a question about payday?

Here are the 5 conclusions I have come to:

You don’t handle money in your house

Your spouse takes care of all the bills and you have no idea what’s coming in or going out. You envy those of us who have access to our household financials.

You get an allowance

You literally get an allowance. Hey, for some that works, but I’m not eight. I like equal access. If he’s deployed and you can’t reach him…are you supposed to wait for money? I remember a story a friend told me of a young military wife with two small babies whose car broke down. Her husband gave her $400 a month to use for groceries and two household bills and she had no access to credit cards or anything. One day when her car broke down, she had no money to fix it, and wound up waiting three days for him to call (he was deployed) before he could transfer money to her. She had no access to accounts.

See, in my household, there are these little people called kids and the law says that I have to feed, clothe, and protect them. Part of doing that requires a popular form of currency called the “dollar”. In our case the dollar comes from this person none other than their dad who happens to work for this job in the Army that seems to always send him off at the most inconvenient times. Usually all he cares about is that his pay is there on the 1st and 15th on time. He knows I pay the bills and doesn’t like to handle it so I do it. Because of his previous schedules it made no sense for him to do it anyway. If bills don’t get paid then your  credit goes in the toilet, and if your spouse happens to have a security clearance… then that’s not a good thing. A lot of spouses are in charge of the finances simply because when a soldier is deployed in the middle of the desert the last thing they want to have to do is pay a bill. Just because your spouse doesn’t allow you to pay bills doesn’t mean you should hate me for having the awesome privilege (enter sarcasm) of doing so.

You’ve been lied too

In this case you might be one of the ones whose spouse told them that they don’t get housing allowance. Or when  your spouse deployed he told you he didn’t get deployment pay. So now anytime you see anyone ask about money…you can’t stand it.

At the end of the day it should occur to the negative Nelly’s that this is more about being a helpmate to your spouse then it is about being compared to some money hungry military spouse. To be quite honest what it really boils down to is this: Instead of worrying about the military spouses who have a say so in handling their household finances, ask yourself “why you don’t?”!

While this article is meant to be light and humorous there is a more serious side to this called Financial Abuse. This doesn’t necessarily refer to the topics above, but if you find that you don’t even have money for the basics and they’re not being taken care of, there is help. If you believe you are in a financially abusive relationship (a form of control) then that is never a good thing and you should contact resources like Victims Advocacy on post or Military One Source for help.

Krystel is the mom of two and an Army Wife. In addition to Army Wife 101 she is the Co-Founder of SoFluential.com a digital media agency that connects brands with the military market. She has appeared on MSNBC ,FOX LA and formerly was a weekly contributor to HLN's "Raising America". She has written for various outlets including Sheknows and Lifetime and is a big fan of cupcakes and french fries.
January 19, 2016 by Army Wife 101 | 0 comments