It’s no doubt that one of the biggest vacation destinations for military families is ….Disney World! There is just something about that mouse and all those colorful characters that equals instant happiness and brings out the kid in even the toughest of soldiers. 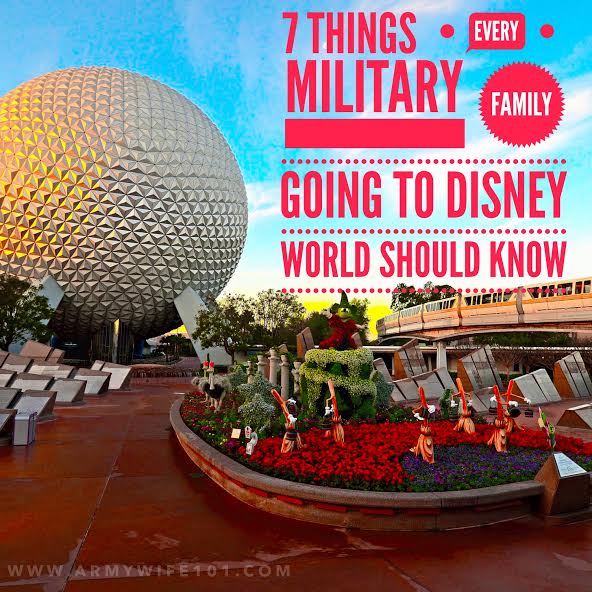 Heading to Disney World doesn’t have to be expensive and there are a lot of ways that Disney has lowered the expense for military families. Many members of the military community are still shockingly in the dark on some of the exclusive discounts some. Even though some of these may seem common I thought it important to  include.  I’ve included my 7 must know tips if your heading there soon.

Simply put military personnel can get 4 day military promotional tickets. The park hopper option is included in the discounted price of $177 per ticket. The normal price for (1) four day ticket for adults (10+ up) is $294 and for kids 3-9 it cost $274, so as you can see this is a significant savings no matter what age.

Military personnel and their families can visit Disney Waterparks too for 1/2 the price by adding the water park option on to military tickets for $30.

So many people are focused on the discounted tickets they forget that Disney Resorts offers a hefty discount for military. There are 3 types of Disney Resorts: Value, Moderate and Deluxe. As you can imagine the cost rises for each one you choose. However, the up to 40% discount on resort rates can significantly reduce nightly resort prices, making it affordable to stay at even some of more pricier hotels.

Right in the middle of Disney World lies a little gem owned by the DOD called “Shades of Green“. It’s considered a deluxe Disney resort and the rooms are HUGE. It’s beautiful and scenic and no tax is charged on the pricing which is arranged by rank. You can purchase military discounted tickets there and they even have what I like to call a little no tax PX-ette on the premises. The king of all things Disney Military Steve Bell wrote a good guide about Shades of Green available here.

Staying In Downtown Disney For Military

Downtown Disney has 7 hotels that offer 20% off exclusively for military. You can learn more about this discount here. 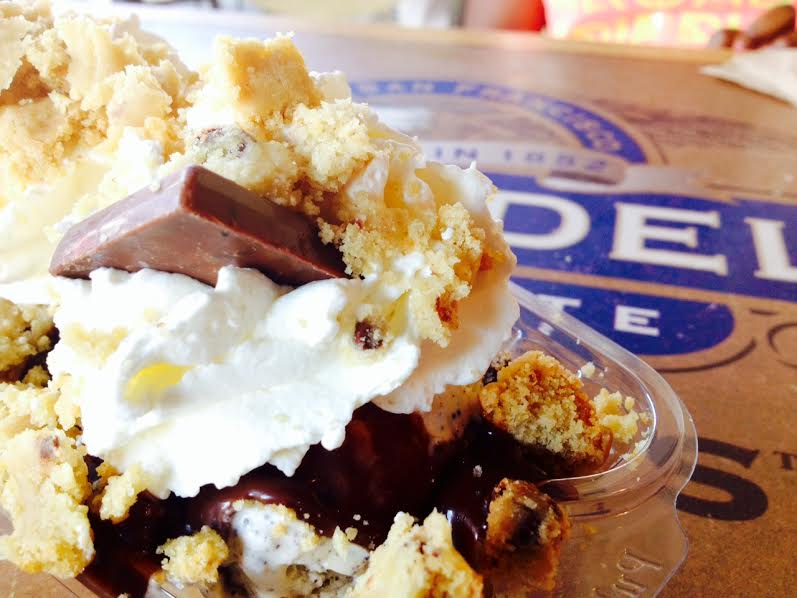 Last April I went to Florida and had the opportunity to visit Downtown Disney. It was then I learned about the great deal of military discounts available in this fun area full of activities. I indulged in the amazing-ness of Ghirardelli Soda Fountain & Chocolate Shop. You can obtain the full list of discounts there here.

Anything Else You Need To Know Disney Military

Steve Bell is the end all be all of everything Disney Military related. If there is something else you want to know about Disney and the military check out his site http://www.MilitaryDisneyTips.com .

Be sure to check out  Top 10 Military Discounts for Military Families To Use When Traveling To Orlando Florida.

Krystel is the mom of two and an Army Wife. In addition to Army Wife 101 she is the Co-Founder of SoFluential.com a digital media agency that connects brands with the military market. She has appeared on MSNBC ,FOX LA and formerly was a weekly contributor to HLN's "Raising America". She has written for various outlets including Sheknows and Lifetime and is a big fan of cupcakes and french fries.
February 12, 2015 by Army Wife 101 | 2 Comments