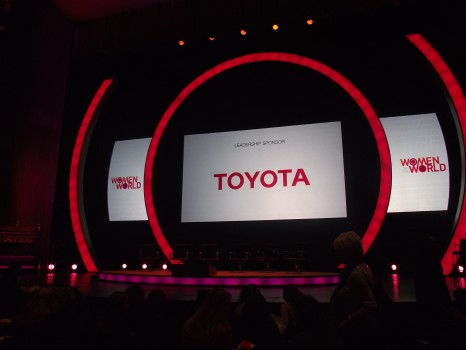 A little over ten days ago I received the chance to go to the event of a lifetime. I will be the first to admit that when I got selected to go to the Women in The World Summit I had no clue that this was the event of a lifetime. In fact I had heard of it but just didn’t think it would motivate and inspire me like it did.
It’s been hard to convey what I had learned and felt, which is to be expected when you’re sitting in a room with the first female President of Kosovo, female judges from across the world , pioneers of the feminist movement ,genocide survivors and women who were able to get away from abusive homes and forced arranged marriages. Yes, we were in the rooms with the likes of Angelina Jolie ,Meryl Streep and Hillary Clinton and yes their work is impressive but as my new friend Leila (and I’m paraphrasing here) said it’s not the glam or Hollywood of their jobs that’s impressive, it’s what they are doing to help others.

So where do I start? 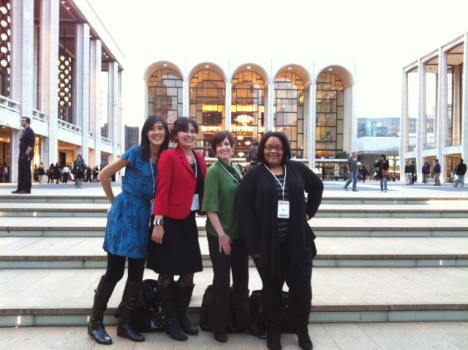 We entered Lincoln Center and already I could just tell what we were in for by the people who were there. I could tell these women were no joke! You know how you can just tell someone is important ? Anyway we entered and yes I have to tell some of the fun parts . One of which included walking past the step and pose and seeing all the flashing lights and wondering who we could fame stalk. 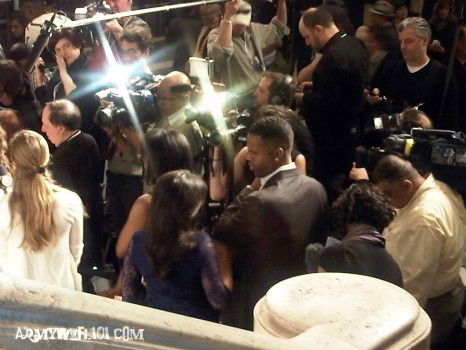 So once we got past all the excitement like seeing Oprah’s friend Gayle walking around we entered into the theatre for what would be an amazing experience.

There were so many great speakers that there is no way to share them all here but you can watch the entire summit here. Rather then recap everything and forget so much of it I am going to share with you some of the speakers and stories that really touched and/or motivated me.

We begin by hearing this beautiful yet painful song from a girl whose parent’s had sent her away to be an indentured servant in Nepal. To know that your parent’s don’t think of you or treat you like they do their own sons has to be a horrific feeling, yet Suma somehow managed through the struggle of abuse by her owners and today goes to school and is no long indentured. It was her story that makes me realize how easy I have it and at times how much unintentionally I take for granted.

Being a blogger at this event afforded me the opportunity to interview some amazing ladies known as the “Toyota Mother’s of Invention”. One of the women who I enjoyed talking to was Asenath Andrews Principal of The Catherine Ferguson Academy. This is a school for pregnant teen girls and because of this school these girls have went on to become college graduates and more. I and Fadra Nally from All Things Fadra had the chance to briefly interview her. Fair warning excuse my mic issues. I guess I assumed that I could be heard automatically :)

Later in the program we met a photo journalist named Lynsey Addario who was captured and beaten for six days. I found her to be so interesting because these are the people besides our spouses who actually run the front lines “over there”. When our soldiers go in so does she and to capture some amazing footage. Her pictures told a a different story then sometimes what we see or hear over here. 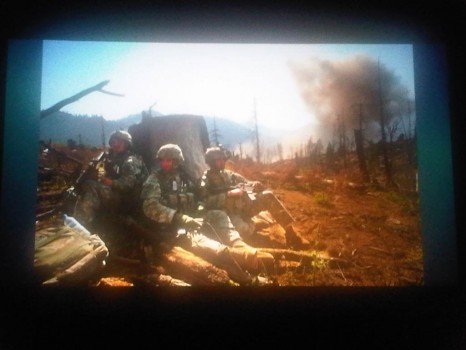 Recently I shared these thoughts with Fadra Nally for an article she wrote for ShePosts:

Being a part of the blogosphere leaves you with no choice to be motivated by women who are determined to create careers for themselves as well as bring change to issues they see affecting everyday moms and families.

When I attended WIW12 I became more then motivated…I became inspired.

I became inspired by women whose lives are much more difficult then mine could ever be. I became inspired not to only blog, but to blog with even more of a purpose and longer term goal. I don’t want just this to be a career but a platform that will help to change other’s lives in more ways then one.

I met a a teenage girl who survived a mass genocide and still manages to have a great outlook on life and help others. Here I was a 30 year old mom of 2 being inspired and encouraged by a 17 year old girl. If that’s not influential and a reason to write for change and to help other women then what is?

Madeline Albright who I didn’t know much about beforehand (other then her being former Secretary of State) gained my liking with her witty, down to earth personality. She lit a spark in me with a sound byte that became viral at the conference which was “There is a special place in hell for women who don’t help other  women!”

That was the piece that sent my brain into over drive! I know that Army Wife 101 is a place that I help so many women but after Women in the World I know there is so much more that I can do to help form an even better community amongst military spouses.

Check out the thoughts of some my other new blog buddies who are part of Toyota Women Influencer’s Network and attended Women In The World With Me.

Disclosure: I was invited to attend the WIW Summit as a guest of Toyota and as part of the Toyota Women Influencer’s Network. My accomodations and travel were covered but no compensation was received for attending this event. I was not asked to write this piece and all opinions are true and my own.

Krystel is the mom of two and an Army Wife. In addition to Army Wife 101 she is the Co-Founder of SoFluential.com a digital media agency that connects brands with the military market. She has appeared on MSNBC ,FOX LA and formerly was a weekly contributor to HLN's "Raising America". She has written for various outlets including Sheknows and Lifetime and is a big fan of cupcakes and french fries.
March 22, 2012 by Army Wife 101 | 1 Comment