Disclosure: This is a compensated partnership with NatureBox. All opinions are 100% my own.

There’s one thing I’m beginning to dread these days… shopping! I don’t despise shopping as a whole, but I just like to go to the grocery store and pick up the basics. Frustration takes over sometimes because the kids prefer to take lunch and I sometimes feel like I am constantly buying the same snacks over and over again. And while I don’t mind them having the occasional treats, I struggle with finding tasty alternatives that I can easily disperse and place in their lunch bags. Add in the fact that I own two businesses and even though I work from home, I still don’t have time to plan out fun and healthy alternatives as often as I would like. 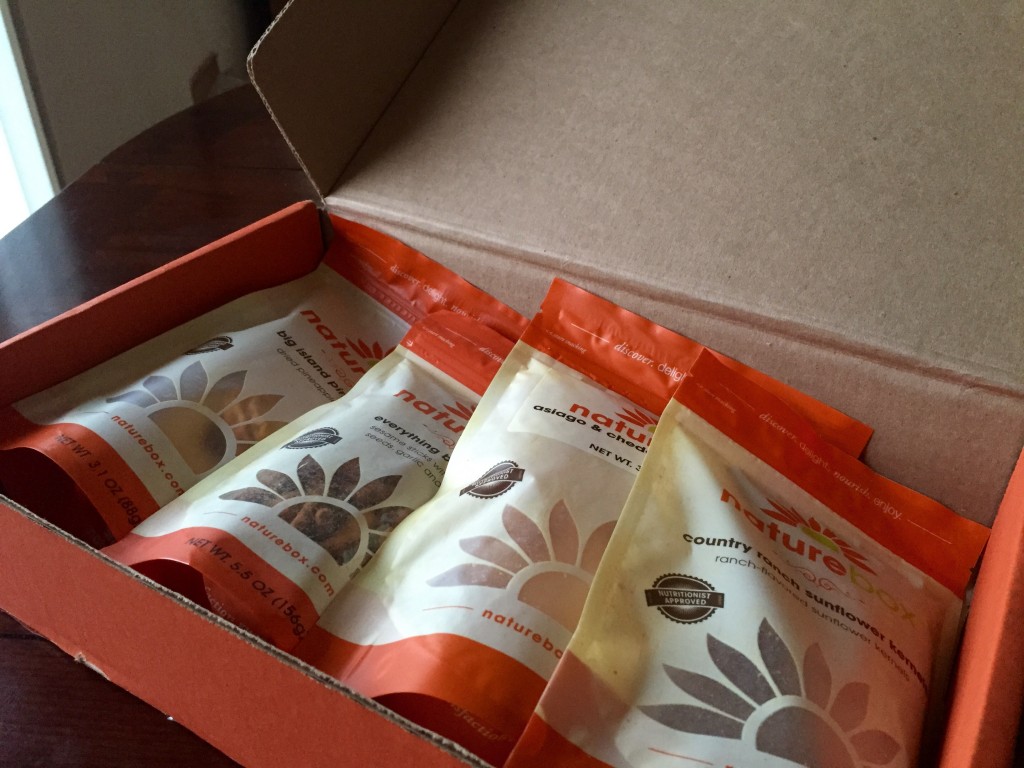 So one day I’m introduced to NatureBox and my dilemma is for the most part solved.

NatureBox is a monthly subscription box of healthy snacks delivered directly to your door. Every month you literally can choose from over 100 different types of snacks and each month a box of goodies will be delivered to your door. There is something for everyone which makes this a great choice for people who might have food disorders. No matter if your milk free, nut free, a vegan, or gluten free there is a snack there for you.

One of the other fun things I love is that there snacks speak to different seasons and times of the year. Here are some fun snack choices of theirs for Autumn:

Almond Cinnamon Crunch- A combination of salty and sweet along with some nuts for a bit of crunch.

Sweet Blueberry Almonds- Served in single serve bags with a hint of blueberries.

Cinnamon Mini Grahams- Because nothing scream Falls like cinnamon. Add in graham crackers covered in a creamy sweet yogurt coating.

These are great to place in kids lunch boxes or even portion them out. I like the idea that I can keep my pantry stocked without having to think about it. This leaves me more time to focus on their actual lunch.

Other fun snacks include for kids in their lunch boxes includes Double Berry Fruit Peels, or even portable, individually packed Granny Smith apples.

I was lucky enough to try out some of their snacks and because I love nuts, pineapples and crackers I had to try these.

Big Island Pineapple Rings– Maybe it was because I lived in Hawaii, but I LOVE Pineapple. These were a bit tangy with a nice juicy chew to them minus the mess. The kids liked them, so that was a plus as well. They had a bit of a candy feel to them which made me feel even less guilty for eating them. 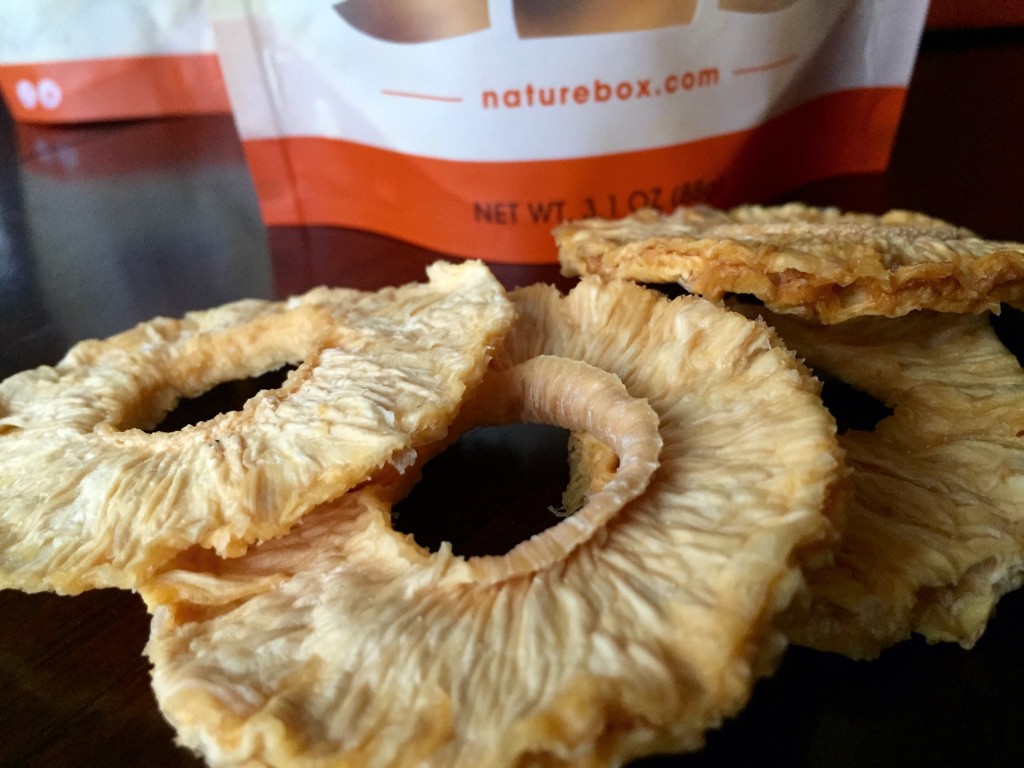 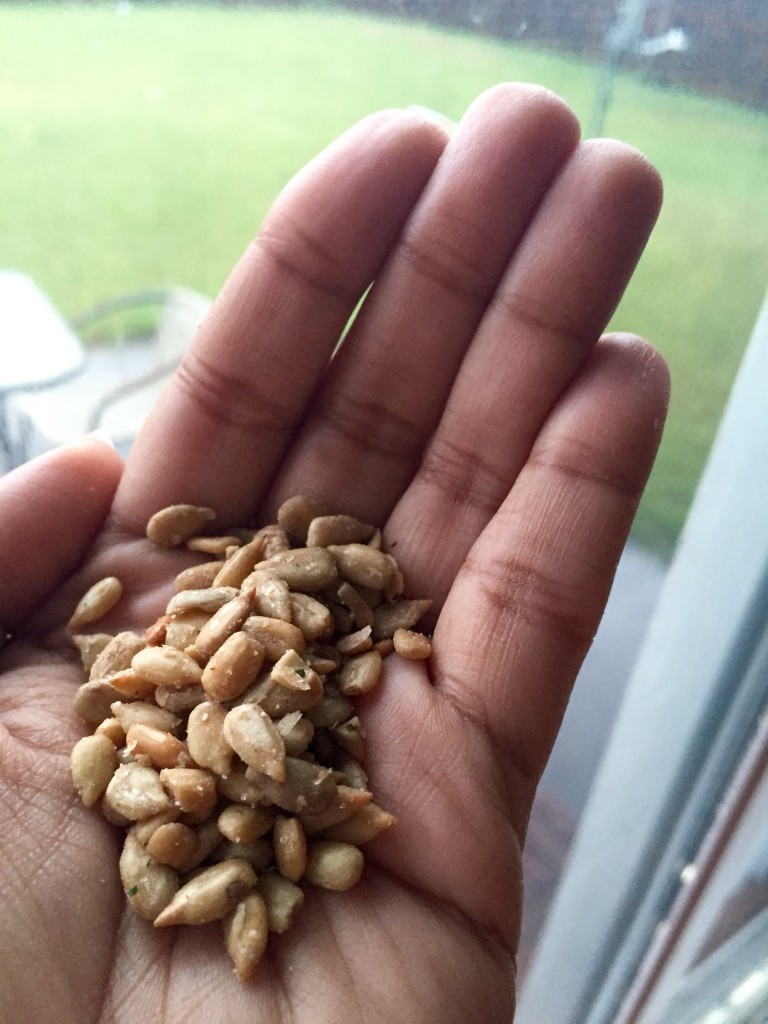 I have a thing for ranch chips because of the flavor and the crunch. And because I love sunflower seeds I chose these because I just had to see what ranch flavored sunflower seeds taste like. Add in the fact that these come with the shell already removed, which means I can eat more at once. They were so good!!!!

Another household favorite that I only got one of were these Pistachio Power Clusters. They were so buttery, crunchy, and sweet. 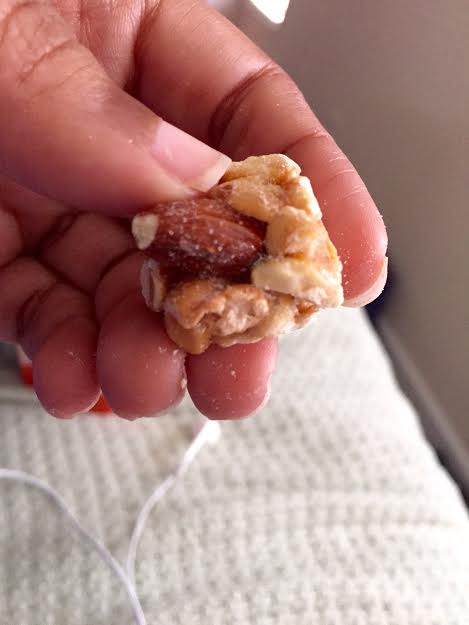 How Do You Get A NatureBox?

NatureBox offers the option to come weekly, every two weeks, or monthly. You can get 3 snack packs or 5 at a time. The 3 pack starts at $13.95 with the five pack being $19.95 (free shipping). My overseas military followers will be happy to know that NatureBox ships APO/FPO. Each pack offers up 3-5 servings, although I did scarf the sunflower seeds down in one day by myself.

Krystel is the mom of two and an Army Wife. In addition to Army Wife 101 she is the Co-Founder of SoFluential.com a digital media agency that connects brands with the military market. She has appeared on MSNBC ,FOX LA and formerly was a weekly contributor to HLN's "Raising America". She has written for various outlets including Sheknows and Lifetime and is a big fan of cupcakes and french fries.
October 16, 2015 by Army Wife 101 | 0 comments