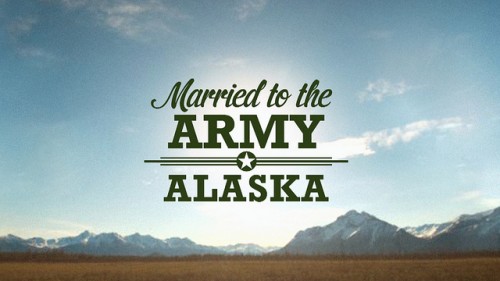 I know my title is quite childish , is it not? I couldn’t come up with anything more creative so I reverted back to 90’s lingo!

Moving on when I did the below video , it was about 3pm-ish in the afternoon and episode 3 of MTTAA had not been shown yet but the fact that this video is now going up after episode 3 only further proves (in my humble opinion) exactly what I was discussing in my vlog. There has been so much chatter in Mil Spouse Land about this show and how it depicts Army Wives in a negative light. Yet it appears to me the folks who keep screaming this stuff have never watched the show because all I keep hearing is storylines and plots that don’t exist on the show.

Lest not forget last night was ONLY episode three. It wasn’t until a friend sent me a link to a article about this show on Spouse Buzz that I just had to give my 2 cents.

One more point I forgot to add in the video above was that while it would be great to see the types of couples and family scenarios as stated in the article, has anyone ever taken the time to think that people in those situations didn’t audition for this show?

A Quick Synopsis of Last Night’s Episode from OWN

Knock at the Door
Blair struggles to reconnect with her husband during R&R, while Yolanda’s son who’s visiting from West Point reveals life-changing news about his future. Meanwhile, Traci and Sara brace themselves for the worst when a blackout strikes on Mother’s Day.

Last night’s episode put to rest all the trash talk about how the creation of this show would create negative stereotypes about military spouses. The Brigade Commanders wife deals with being alone yet being the back bone and strong point for so many spouses. She also gets to see her son who is in West Point who informs her that he is wanting to marry his girlfriend Audrey in the future. Like any mother Yolanda has worries about her son going overseas and also not knowing how she feels about the marriage thing. Watching Yolanda and her husband’s relationship came at such a great time because they are a strong couple and their love for each other appears to be so genuine . The best part was them praying together over the phone.

Blair’s husband Brian finally makes his way home on R&R. We watch as he tries to get acquainted with little Colin and also Blair.

I really related to the blackout storyline which focused on spouses Sara and Traci as each anxiously awaited to hear from their husbands. I knew that feeling all to well of staying glued to the phone, hoping for any sign of a call.

Here’s a clip from last night :

Although they’re relieved their husbands are safe after the second blackout is finally lifted, Sara confides in Traci about her anger and frustration with the life her husband has chosen and her desire to get out of the Army.

Check out a new episode of Married To The Army :Alaska next Sunday at 10PM EST on OWN.

Krystel is the mom of two and an Army Wife. In addition to Army Wife 101 she is the Co-Founder of SoFluential.com a digital media agency that connects brands with the military market. She has appeared on MSNBC ,FOX LA and formerly was a weekly contributor to HLN's "Raising America". She has written for various outlets including Sheknows and Lifetime and is a big fan of cupcakes and french fries.
November 26, 2012 by Army Wife 101 | 10 Comments

10 Comments on Stop Dissing Married To The Army:Alaska(Video) and A Recap