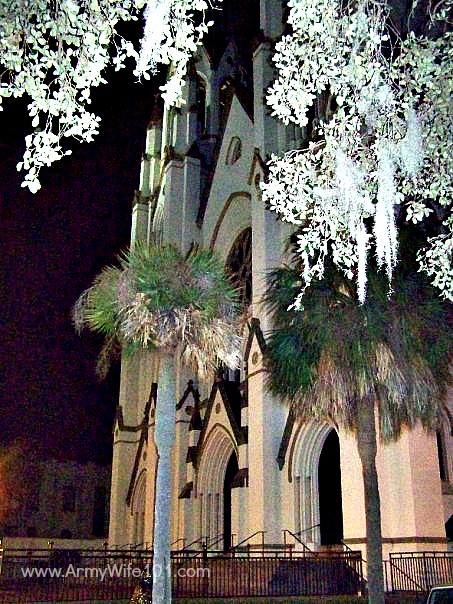 Last night I was up until 4am and I posted on the AW101 FB page asking “whose up with me?”. Surprisingly over 200 people hit the LIKE button. I know a majority of those were people overseas in different time zones, but many of them were right here in the good ole USA.

Someone mentioned “Deployment Insomnia” (thanks Stefanie F) and I thought that makes a great diagnosis for a disorder (I’m joking) that I think quite a few of us military spouses suffer from.

When my husband was deployed I never slept. Half the time I wasn’t even too worried about him I just was bored , missed him being near me in bed and my mind ran a million miles a minute about nothing a majority of the time.

Either you do some really weird things during deployment insomnia or you get whole projects done.

Here is a list of the Top 5 messes and great things I made happen during my sleepless night:

1. Made A Mess and Painted

I think I shared the story of how I wanted to be like one of my friends who has a crafty hand. Everything she touches looks like Martha Stewart did it,and well let’s just say I “ain’t no Martha Stewart. I painted my whole foyer and kitchen a puke green and I think Mr. Army Wife 101 wanted to puke when he had to repaint it all right before PCS’ing.

2. The Joys Of Living In a Ghost Town

Savannah, Georgia is known as one of the most haunted cities in America. I’ll discuss in detail my fascination with the paranormal one day but I did decide to stand outside at Hunter Army Airfield ( we were stationed there) in the wee hours of the morning one time. I lived on the corner of good old Honor Ave. among-st a dead end and a dark mass of trees and bushes that faced the side of my house. Now that particular night I went outside it was just to get some fresh air and see how things look at night. I did not have Ghostville, USA on the brain. I swear living in Savannah plays with your mind though. I could have swore I heard rustling in the bushes and saw shadows. Then again I am paranoid, however I’m not crazy!

3. Drove Around Savannah Late At Night and Mickey D’s

Sometime I just like to live in the moment and because my family was in town visiting, I had some playtime. My brother is a late night owl too , so I said let’s be like the dummies on TV and go drive through somewhere at night and hope our car doesn’t break down. Luckily our car didn’t break down and we saw some amazing historical architecture. It’s amazing how different things look at night. After that we went to McDonald’s. You learn there are alot of hungry people at 3AM. A MD fish sandwich taste great in the wee hours of the AM!

Army Wife 101 was created in my hotel room in Georgia, but me turning it into a business was created during a deployment late at night while suffering from DI.

5. QVC  and Infomericals Were My Best Friend

I am ashamed to admit that flex pay was my best friend. There were many others such as the Snuggie, Shake Weight and some exercise piece of equipment that I winded up selling to some dude in the parking lot of Target.

What does Deployment Imsomnia cause you to do?

Krystel is the mom of two and an Army Wife. In addition to Army Wife 101 she is the Co-Founder of SoFluential.com a digital media agency that connects brands with the military market. She has appeared on MSNBC ,FOX LA and formerly was a weekly contributor to HLN's "Raising America". She has written for various outlets including Sheknows and Lifetime and is a big fan of cupcakes and french fries.
July 25, 2013 by Army Wife 101 | 2 Comments

2 Comments on You See The World Differently Late At Night Thanks to Deployment Insomnia!