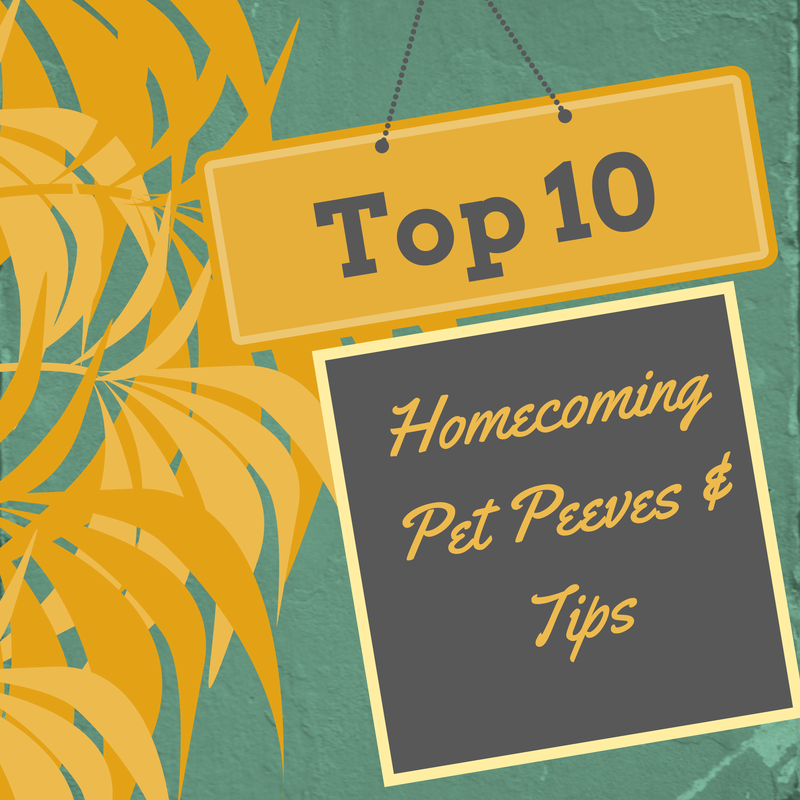 Last week I asked the spouses on the AW101 Facebook fan page what are some of their pet peeves in regards to homecoming etiquette (if there is such a thing) and some of the answers were so funny,true and helpful  that I just had to  compile a “Top 10 ” list of some of the comments for fun and as a reminder.

Frankly  I don’t mind to much what others do at homecoming, because I am usually so excited that I can just about ignore anything at that moment.

1. “Do NOT show up in a flasher outfit (ie. naked under a trench coat)…no lingerie either! LOL!”

3. “When you have to ride a bus out to the hanger to meet your soldier, and there is limited room in the hanger, esp during winter, that some people bring their whole family instead of just immediate family……I am talking mom, dad, wife kids, aunts, uncles, sisters, brothers. The last deployment I went to the hanger and one soldier had almost 25 people from his family there. I am glad they could be there to support him, but couldn’t they greet him later when he gets released. My children and I and a bunch of other wives and kids had to stand in the corner and not sit in the bleachers for 2 hours. Then during the ceremony we were right behind all the soldiers and couldn’t see our soldier. By the time I found my hubby we had about 1 minute and they called them back into formation. It was ridiculous. I had never had an issue like that before and that was deployment number 3.”

4. “I personally will be showing a little leg and a little cleavage just enough to show what he missed but not be hey look at that skank:) can’t wait!!”

5. ” I love homecoming ceremonies. You can always tell the first timers!! I hate feeling like I’m in the middle of an 80’s music video… stilettos, short dresses and big hair! Don’t be that wife/girlfriend!! Signs are my biggest pet peeve. I know the kids love to make them but leave them at home. Aside from being in the way of other people, they get lost and trampled on. Once they’re released, signs just get in the way. There’s enough to keep track of with the kids and camera.”

6. “Pet peeves: When the commander takes a LONG time to release the troops from their formation. Spouses that push kids out of the way to get to their soldier. People who feel their photos are more important that you so they get right in front of you with their camera. Parents who feel that since many times the wait drags on and on that they are stressed and so they no longer need to watch their children or discipline their unruly behavior (FYI, we have gone through 2 deployments and as a journalist and photographer I have been at nearly a dozen homecomings). TIPS — Be ready with snacks, water, toys, ect for your kids or yourself since sometimes it takes much longer than expected for the soldiers to come than expected. Be conscious of those standing around you, I found that standing with the families of my husbands battle buddies makes it easier because him and his buddies usually stay together so it is easier to find us. Stay still and let them find you, otherwise many times you are like ships passing in the night. If you can, tell them before hand what you will be wearing so they will know what to look for, or discuss a place you could meet up with them. Bring a special snack or treat for your soldier for the ride home, a favorite drink of candy. After a long flight they are usually hungry and tired and this helps.”

7. Homecoming is a family thing. I have zero desire to explain to my 8 yr old and 10 yr old why someones boobs are popping out. If you want to look trashy for your man, it can wait another hour when kids aren’t around.

8. Practice walking in high heels if you don’t normally wear them. Be mindful that if you’re not used to wearing them, you can really hurt yourself.

9. Please no signs like “Sgt B let’s go Boom Boom in my Room Room!” or something equally inappropriate. Everyone knows you are going to boom boom with your love, but plastering it on a poster only makes you look sexually immature. That’s something special between the two of you, and you should treat it that way instead of a joke on a poster for everyone to share in.

10. Bring stuff for your children to do while you are waiting for the hundreth hour for them to show up… Just because I brought matchbox cars for my boy doesn’t mean your children should be allowed to steal them and play with them too, while now I have to deal with grumpy whiny children… And on that note I didn’t bring enough capri suns or crackers for your kids either! Come prepared people!!!

Please keep your children in control. Nothing is more irritating than children running around screaming and not paying attention to where they are going. Also if you have more than yourself with you please conserve space. There’s no need for your asses to take up more space than needed. I hated going into the welcome home ceremony and having to ask a lady if she could move over all of her stuff so I would have some where to sit. and finally.. Don’t shove, push and trample other people to get to your husband. we are all just as excited and have the same urges but be an adult about it. If you NEED to get to him before anyone else gets to their soldier then sit in the front row.

Don’t forget to share your homecoming stories and pet peeves below.

Krystel is the mom of two and an Army Wife. In addition to Army Wife 101 she is the Co-Founder of SoFluential.com a digital media agency that connects brands with the military market. She has appeared on MSNBC ,FOX LA and formerly was a weekly contributor to HLN's "Raising America". She has written for various outlets including Sheknows and Lifetime and is a big fan of cupcakes and french fries.
September 11, 2011 by Army Wife 101 | 16 Comments