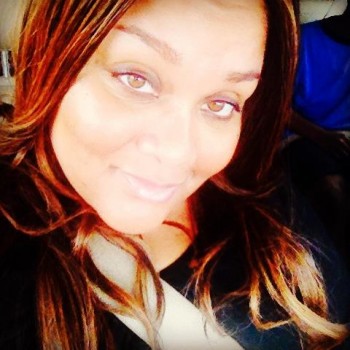 Last week I abandoned you beautiful people for a few days and made my way to Washington, DC to attend the annual military conference known as AUSA. AUSA pretty much is like an organization made up of members of the military which advocates for the US Army. Every year they have one of the biggest meetings and professional development forums with thousands of people attending in D.C. There are exhibits, presentations, lots of free swag and this year there was the addition of the Military Spouse CEO Experience.

The Military Spouse CEO Experience was why I was there and I was super proud to be part of it. You may not know that I joined forces with Adrianna Lupher of NextGen Milspouse and was hired on as VP of Marketing and Brand Outreach for MSB New Media,  a digital publishing and new media marketing agency that targets the military and military spouse community. Adrianna was one of the organizers of the MS CEO Experience and thanks to her I had the privilege to go and assist her in representing our company and assisting her in some of the tasks as an organizer in this amazing new addition to this yearly conference.

The Military CEO Experience was amazing in itself because it showed that military wives have businesses , goals ,and accomplishments of their own. We are so much more then what some attribute as the “typical military spouse”. Twelve military spouses from all over were picked to showcase their businesses and entrepreneurial skills. It was such a pleasure to meet some of the most amazing women in the milspouse space.

I not only learned about others but I learned about myself. I am extremely shy but I love working with brands who want to reach the military community and being among-st some of the most elite in the game taught me I was just where I needed to be. I learned really quickly that I have a great business and position and that people believe in it and respect me as a business woman.

My Trip In A Few Pictures

I took Amtrak. I’ve been taking them for years and they give a nice little military discount too. Seats are spacious and there is a food cart on the train. 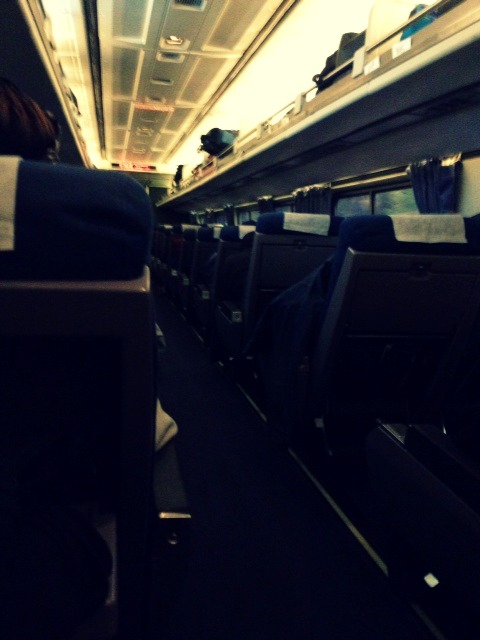 Virginian Suites sponsored our stay and it was a great one. One bedroom apartments that overlook the Iwo Jima Statue. They have a great program for military and government employees. They offer continental breakfast and the most refreshing lemonade and lemon water and coffee 24 hour a day by the elevators. The rooms even have a great kitchen. 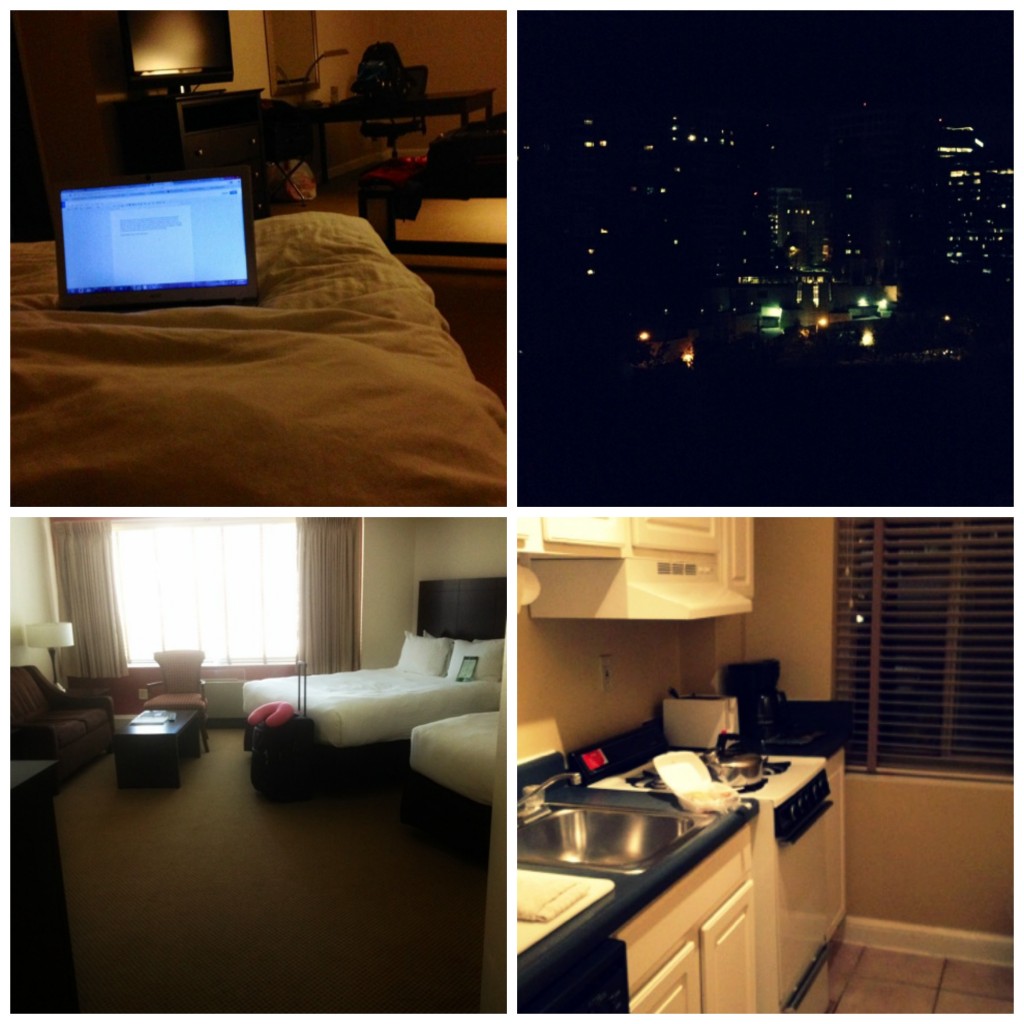 One of the most amazing parts of this trip was meeting my business partner for the first time in person. I know I know …how can you have a business with someone you never met? Well that’s the power of Skype and the internet period. Military spouses coming together to make their dreams come true. Her name is Adrianna and you can check her out at Next Gen Milspouse and Military Money Chica. Together me her and another military spouse run MSB New Media. She is an amazing person and knows her stuff I am so glad to work with her and have her in my corner. Sappy moment over lol! 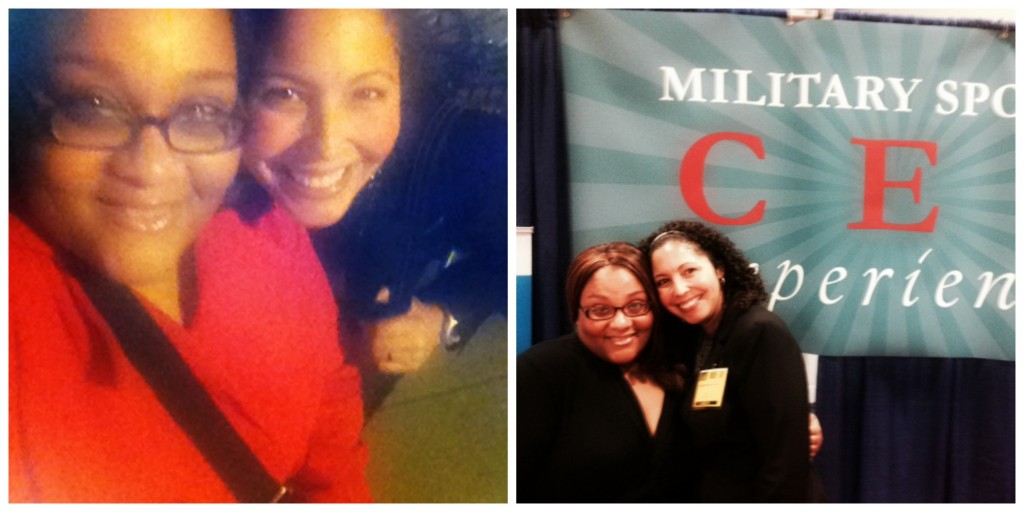 While I am sitting here on my bed getting ready to eat a home cooked Sunday dinner, I think about how last Sunday I and several other military spouses met up for dinner in the Crystal City area of D.C. at Lebanese Taverna. We feasted on loads of hummus, olives, and awesome Sangria’s. I then dined on some great deboned seriously marinated chicken with grilled veggies and treated myself to Baklava for dessert. It was so damn good! 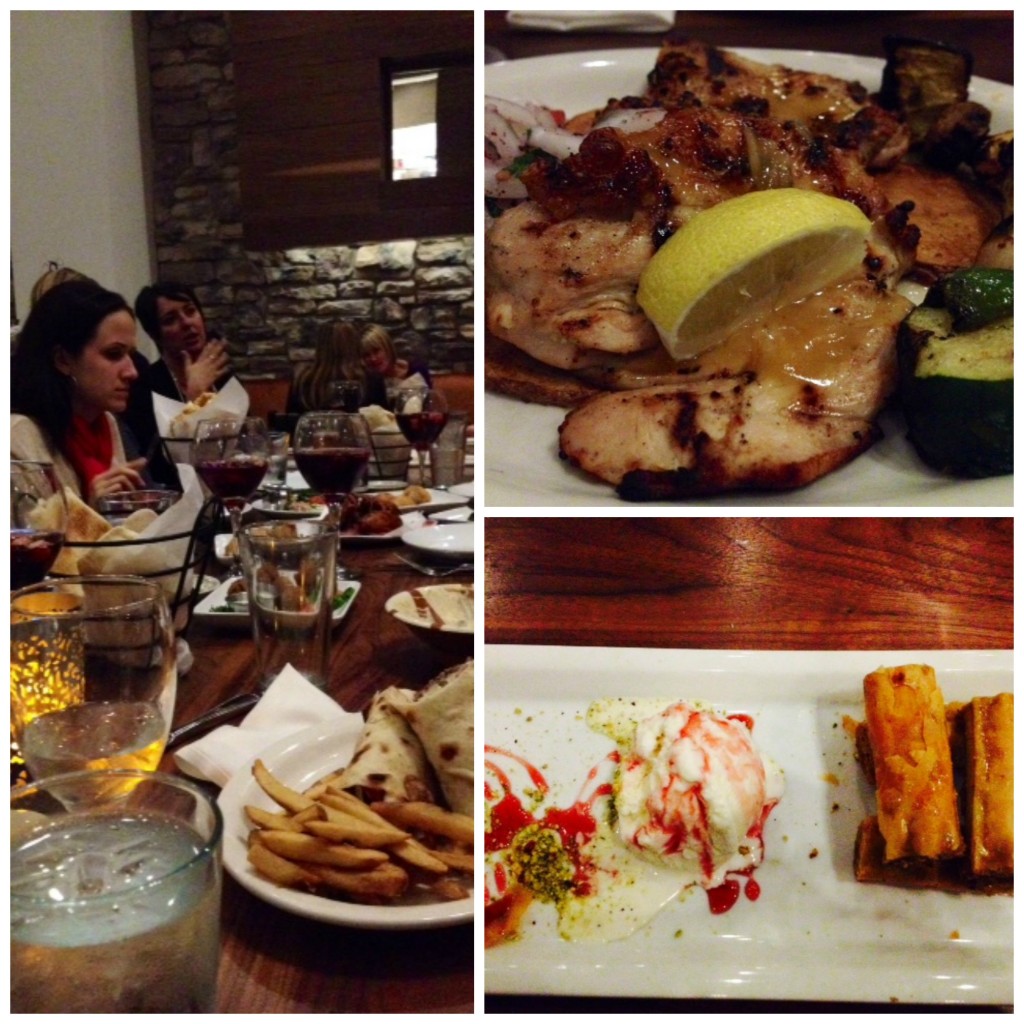 The next morning was busy and although I have taken the subway in NY, things look a bit different down under in the DC Metro. I never seen escalators as tall as buildings.

The next day was the start of AUSA and we were very busy so I didn’t quite get to walk around and see many of the exhibits but watching The Military Spouse CEO Experience makes it’s debut was more then enough excitement for me. 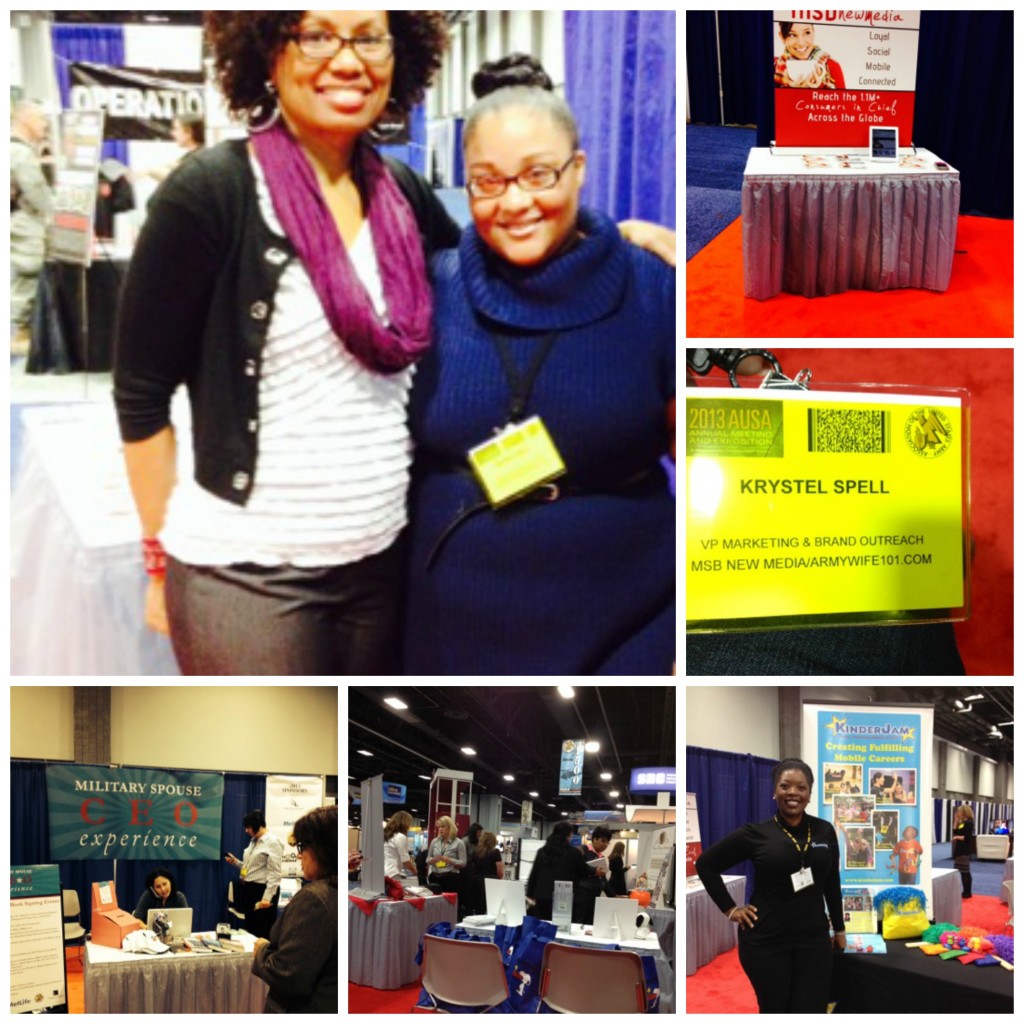 Krystel is the mom of two and an Army Wife. In addition to Army Wife 101 she is the Co-Founder of SoFluential.com a digital media agency that connects brands with the military market. She has appeared on MSNBC ,FOX LA and formerly was a weekly contributor to HLN's "Raising America". She has written for various outlets including Sheknows and Lifetime and is a big fan of cupcakes and french fries.
October 28, 2013 by Army Wife 101 | 3 Comments

3 Comments on My Invisible Business Partner, Military Spouse CEO Experience and A Great Time in D.C.