As much as I hate to admit it, I am getting older and the back problems have begun. In fact, they have been happening for some time now. A portion of it is probably due to the contortionist like positions in which I sleep in, but the other part is due to the type of mattress I was sleeping on.

I have been fortunate to try a couple of mattresses which appeared to be great in the beginning when I thought I could sleep on any type of bed. In most cases, those beds were way too soft. I begin to figure out that I was going to have to move to a firmer mattress and was so excited when GhostBed offered me one to try out.

I didn’t know if the bed would be soft, but I was hopeful that it would be a good combo of firm and soft because Ghostbed said they had created a mattress that would help you skip the showroom floor. I personally hate going to a showroom where I have to make a decision on a mattress by laying in it for 60 seconds. GhostBed prevents that issue by allowing you to test trial a mattress for 101 days. And I’d be remissed if I didn’t mention another exciting factor for me was that Ghostbed was made with the military in mind. Read why here!

While you may have not heard of the GhostBed, you will take comfort that these mattresses are made by the sleep  scientists at Nature’s Sleep who have decades of experience designing superior mattresses for better sleep quality. 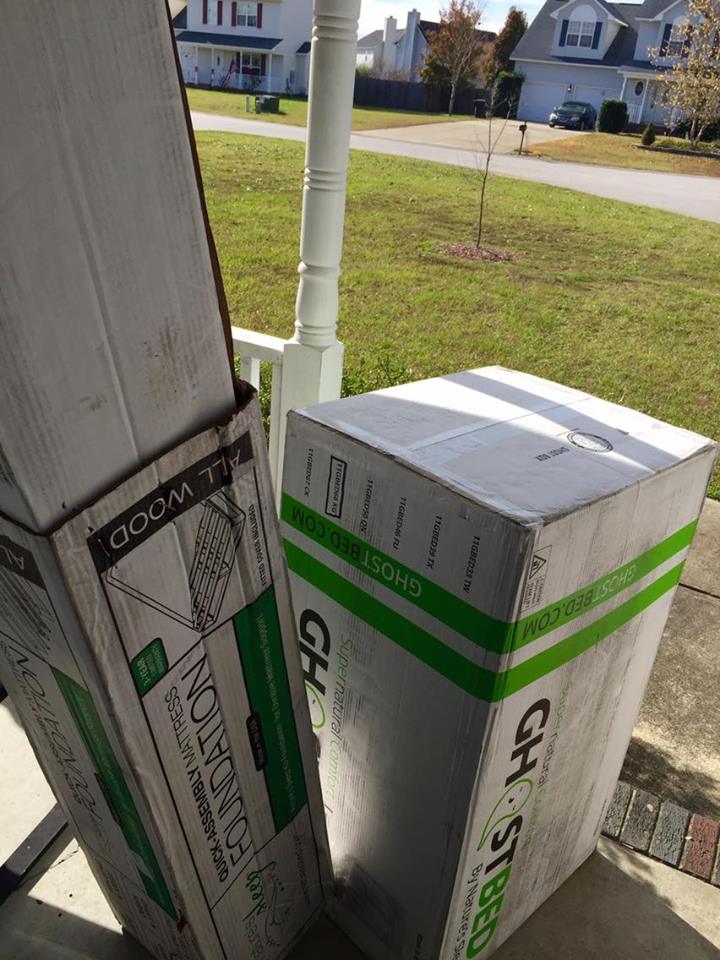 As I mentioned, I loved the idea of a top of the line mattress without the hassle of sifting through dozens of them to figure out which one was best for me. Here’s what makes this mattress feel so good and unique:

1½” Continuous aerated latex foam is naturally responsive, plush and does not retain heat
2″ Gel memory foam uses a proprietary formula with larger cells to make it more reactive to the body for cooler nights
7½” High density base layer for increased support and longevity

The Ghostbed shockingly comes compressed and vacuum sealed in a box (delivered right to your doorstep), but right in front of your eyes turns into an 11″ inch  thick mattress.

I have to admit I was skeptical that a bed in a box was going to give me and the soldier back relief, but also actually feel and look like  a real bed. I was absolutely wrong. It’s a real mattress and you can see for yourself in the clip below in which I opened it live on Periscope.

While the directions state that the mattress is is at its best (room temperature wise) after 72 hours, you can absolutely sleep in it right away. I did and while I admit I forgot to take notice of the temperature I am assuming the fact that I didn’t wake up sweating is the reason why. As you know some memory foam beds are known for holding on to heat and because this bed doesn’t is what makes it so special. Also on the 4th day of use I woke up and was no where near as stiff as I had been. I’ve had the bed less than a month, so I will update on that as time progresses. Also, many memory foam beds have a smell and while I detected a slight new smell it went away in a day. My last bed it was almost a month and it really interfered with the smell of laundry detergent and clean sheets. I will say sleeping on this bed has been a dream thus far. It seems to conform to your body without making you feel like you are sinking into a hole. 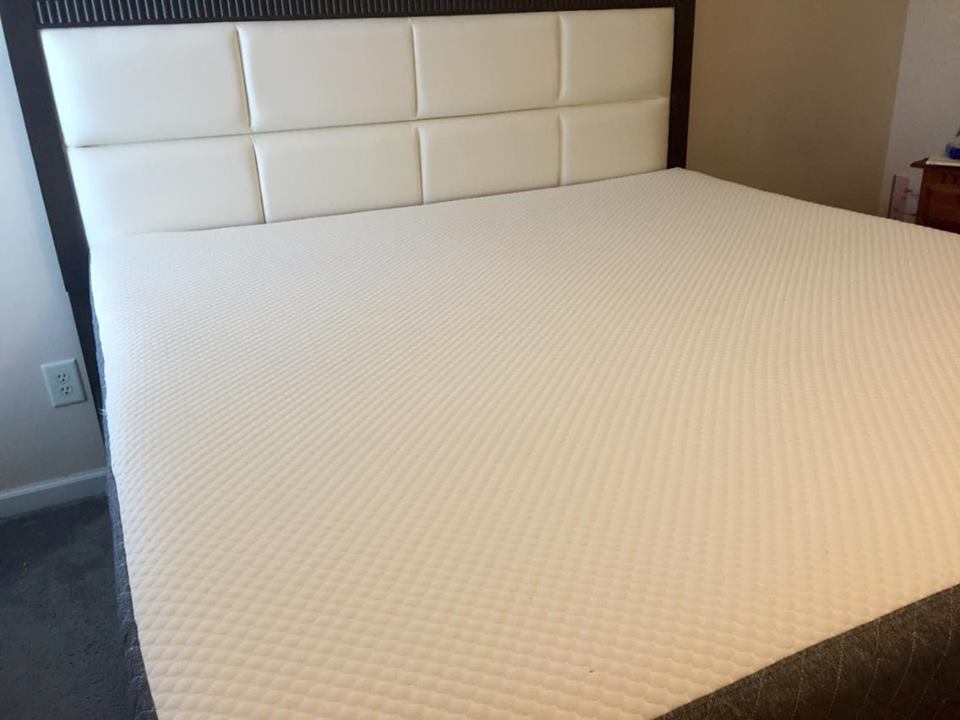 Another factor I am really impressed by is pricing. I was lucky enough to receive a King which with all the awesome features is only $875 and the California King is the same price. The Queen is $750, a Full is $675, and they even offer a Twin XL which is $600, while a standard Twin is $495. You can purchase the wooden foundation for an additional $250. If you’re one of my awesome readers and want to purchase a GhostBed you can get a $50 coupon to use towards the purchase off any size memory foam GhostBed. The $50 will be deducted automatically at checkout. Your bed also comes with a 20 year warranty! 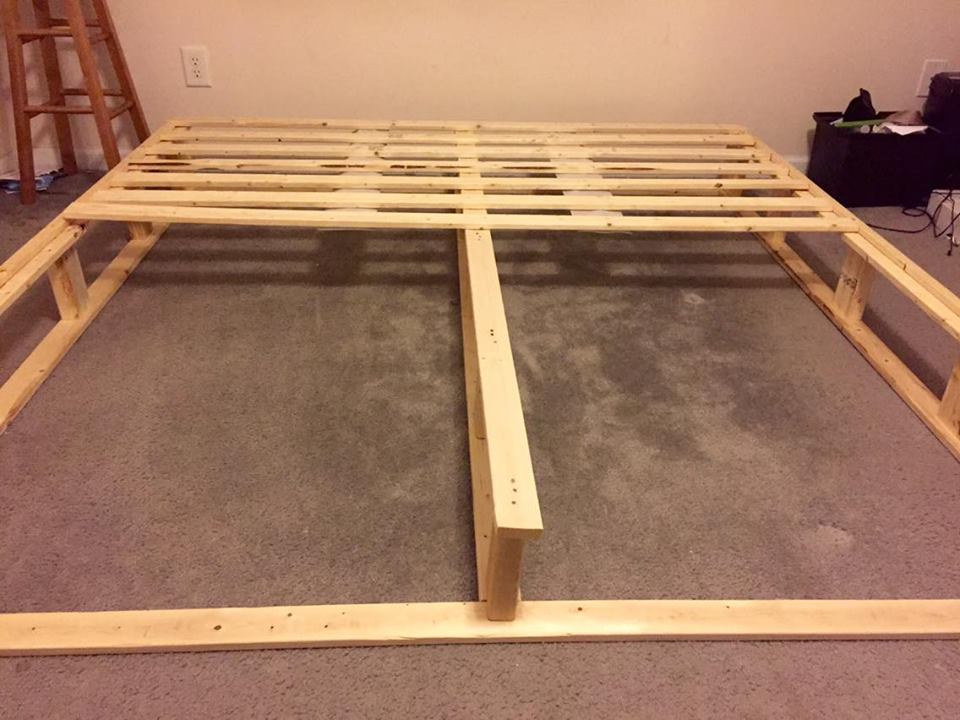 Finally the last great thing you should know about GhostBed is that it’s delivered right to your door and comes extremely fast which is due to their 8 distribution points around the country. I received my bed almost a week before its scheduled delivery. I highly recommend this bed and on a scale of 1-10 give it an 8. I give it an 8 only because I haven’t had it more than a month and look forward to updating you but so far I am happy and have been sleeping really well!

Disclosure: I received this bed to facilitate an honest review. No monetary compensation was received. All opinions are mine. This post also contains an affiliate link.

Krystel is the mom of two and an Army Wife. In addition to Army Wife 101 she is the Co-Founder of SoFluential.com a digital media agency that connects brands with the military market. She has appeared on MSNBC ,FOX LA and formerly was a weekly contributor to HLN's "Raising America". She has written for various outlets including Sheknows and Lifetime and is a big fan of cupcakes and french fries.
December 28, 2015 by Army Wife 101 | 0 comments