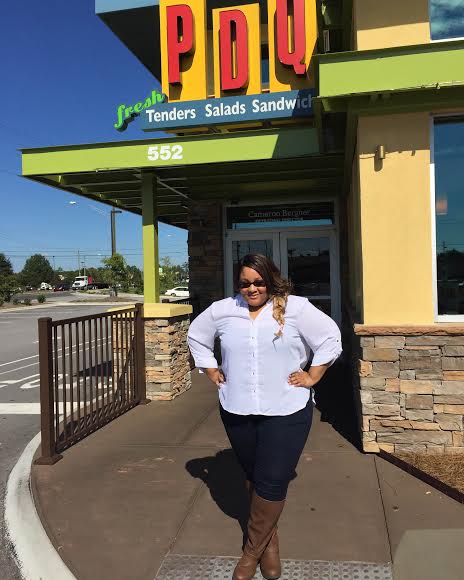 A few weeks ago I was invited into officially check out PDQ’s (People Dedicated To Quality)which “is a fast casual restaurant specializing in fresh hand-battered chicken tenders, made-to-order sandwiches, daily cut fries, hand-spun milkshakes and fresh salads”. I say officially because I had been there before on my own and had only tried their chicken tenders which were tasty. This is a big deal for me because lately I haven’t been too big on just eating chicken lately. 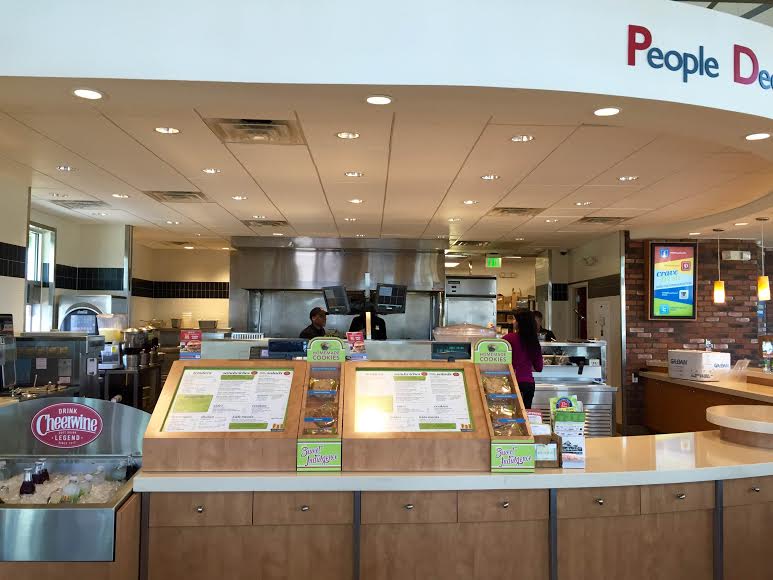 That being said, when we entered we had a chance to take a look behind the scenes and in the prep area where everything is made to order. I learned so much about the prep of their food, but the big one that got me is their chicken is locally sourced right from the House of Raeford. I LOVED that! All of their food is fresh right on down to the french fries, which are prepped and cut straight from the potatoes and then blanched and kept cold. A new tray is pulled out to be fried each time. This means no food in frozen bags!

Their lemonade is sooooo good and squeezed fresh and made on the premises. It has gotten a bit sweeter in comparison to the last time I had it. I then ordered their honey marinated fried fresh nuggets. OMG they were fried to perfection. I don’t like barely fried. I like fried as in not burnt, but not too light neither. These had the perfect coating. Additionally, I was offered one of their 8 homemade sauces and lost it (in a good way when I found out these had a “Sweet Sriracha” sauce for dipping. It was so good, but their ranch was awesome and yes its made on the premises! 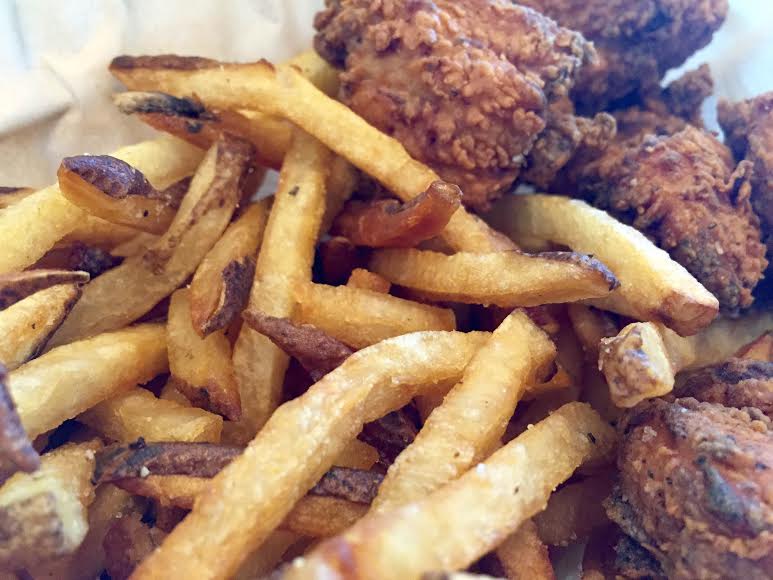 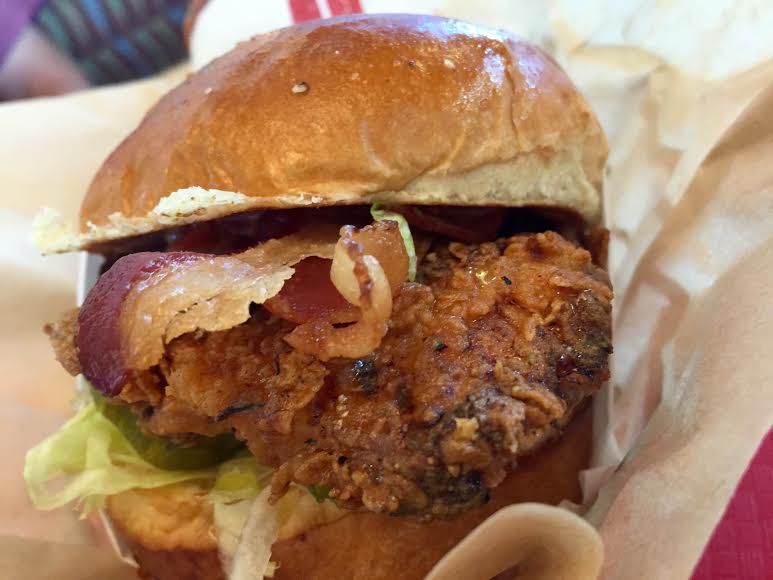 Our last entre was to taste their BBQ crispy chicken sandwich. It comes on a nice, perfectly firm brioche bun with all the fixings coated in a good glaze of their BBQ sauce. I’m not a huge chicken sandwich person but the meat is not too thick and not to thin and again perfectly fried to a crisp perfection. If you don’t want fried don’t fret because they offer a grilled chicken sandwich too. I chugged all this down with their apple pie milkshake! Yes, you heard me correctly a apple pie milkshake with apple pieces and some kind of graham crust pieces. All I know was the straw opening was almost the size of a dime. It was delish! 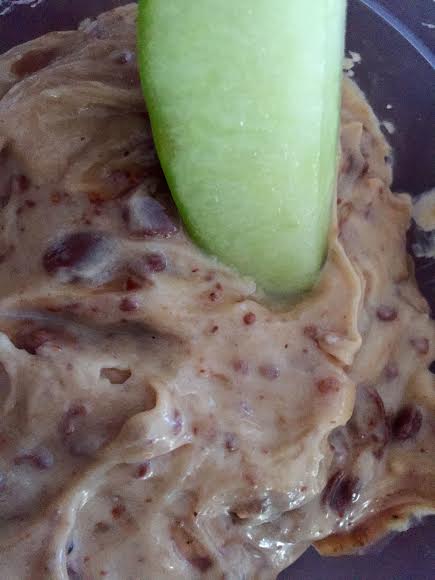 But the winner of all winners is their heath toffee dip with apples!!!! The Heath Toffee dip is creamy and loaded with pieces of Heath bars. OMGGGGGGGG! The apples are kept in pineapple juice to keep them from browning and you can get this as a side instead of fries. I say get them both!!!All in all this honestly is a fast food place you can come with the whole family and feel good eating it. I really love the clean airy environment and everyone is polite. 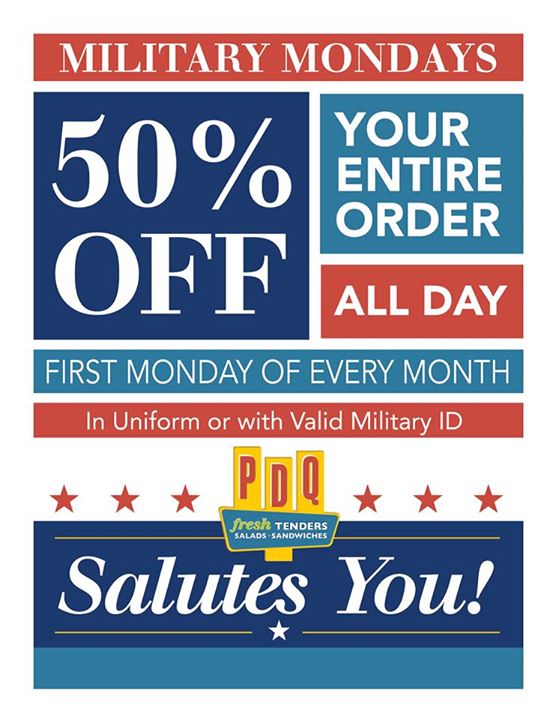 For those who are stationed here at Fort Bragg in Fayetteville, NC PDQ’s located at 552 N. Mcpherson Church Rd offers a a 50% discount on the first Monday of every month.

For military personnel in any state near a PDQ visit on Veterans Day and receive 3 free tenders or a sandwich. 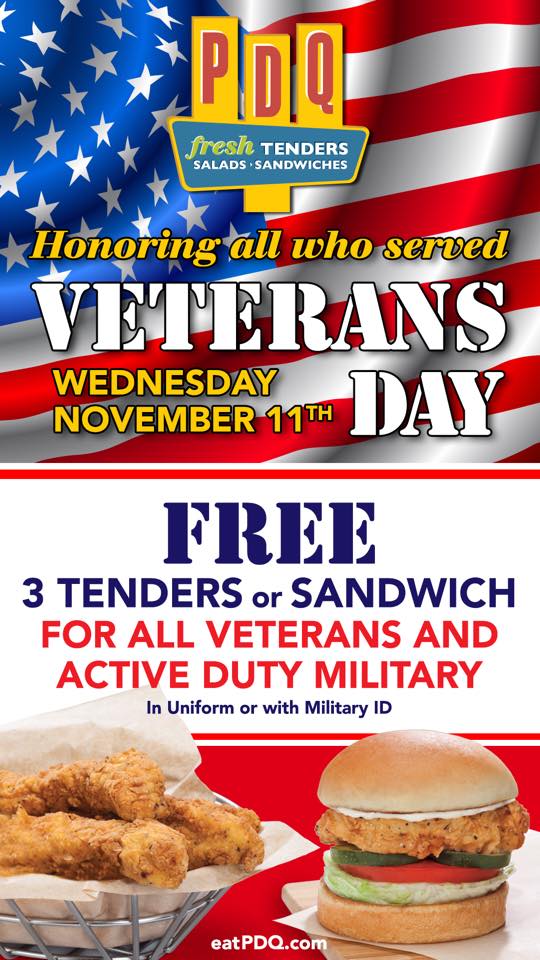 Disclosure: PDQ’s let me sample their menu at no cost.

Krystel is the mom of two and an Army Wife. In addition to Army Wife 101 she is the Co-Founder of SoFluential.com a digital media agency that connects brands with the military market. She has appeared on MSNBC ,FOX LA and formerly was a weekly contributor to HLN's "Raising America". She has written for various outlets including Sheknows and Lifetime and is a big fan of cupcakes and french fries.
November 6, 2015 by Army Wife 101 | 0 comments