Last September I moved into my three bedroom house on LaPoterie Street in Fort Bragg North Carolina. This was after being given 3 different street locations to choose a house from in the Hammond Hills neighborhood. This one was the one that spoke to me, so we signed the lease papers and moved right on in.

There were four of us.  It was my husband, my child, myself, and my Mom, who was on home hospice and enrolled in our DEERS to allow her to get healthcare and live on post housing in her final months of battling stage 4 cancer. We moved on post to be closer to the hospital for my Mom, since she was in and out of the hospital frequently in her last months. Things were going good here, no strange feelings at all. I had a neighbor who had a German Shepherd that would always bark, and come in my yard. UGH!  I eventually rented a fence to deal with that.

A little over a month into living in our new base home, my Mom’s health drastically declined, and she unfortunately, and very sadly, passed away in our home on base, here on LaPoterie Drive. She was my best friend in the entire world, living without her was a strange new concept I didn’t want to fully grasp, and I still sometimes can’t believe she’s gone.

During her final days, she would tell me and her hospice nurse that there was a man in her room, and that she thought he was dead. I wasn’t sure what to think, so I just wrote it off. The one month anniversary of her passing came in November so I decided to record myself talking in my Moms room. It helped me process my grief, to go in and talk with her, even though she was no longer there. What I didn’t know, is that I would get a response from her from the other side.

I still have the EVP, almost a year later. During my EVP session while my husband was on a CQ shift, I was speaking out loud about the summer, only months before her death, and how she would walk down to the community pool, at our former apartment complex, with us and watch me swim with her grandchild. I was crying during the recording, I admit that. To my surprise upon listening back to the EVP, my Mom with her British accent and everything responded, “Emma, just tell me…”.  It gave me comfort to know she was still here, even though I couldn’t see her.

A few days later when I was home alone and my kiddo was sleeping, I did another session trying to reach out to my Mom, unfortunately, no luck. What I got was a mans voice instead, responding to my question, if you can even call it that. He copied every word I said, “please speak into my phone”. I know, very amateur recording device, but it works, trust me! That freaked me out, since I was alone, windows closed. I contacted a medium after that to get a hold of my Mom. The medium couldn’t get a hold of my Mom, but instead got a hold of the man in my house, who told the medium that “he missed his wife and kids”. Well, when I first moved in, my neighbor had told me her late husband died by suicide. My first thought the next morning was to go and tell her what happened the night before. She confirmed everything the medium had told me, and even some of the stories about the man that my Mom had told me before she passed, that evidently he was telling her on her death bed. So we got my neighbors late husband haunting our duplex, too, confirmed by my neighbor and a medium. 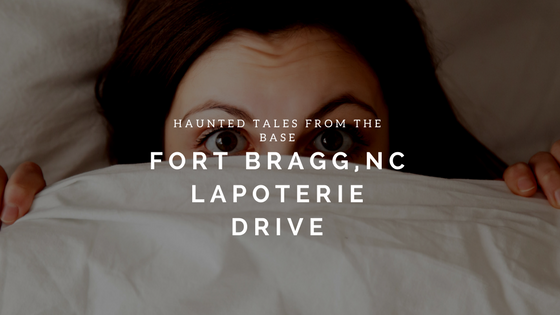 One night (mind you all this is spreading out between the months of October 2016-March 2017) in bed I was reading very late at night, and my door opened by itself very slowly. So I decided to do an impromptu EVP session, and asked, “Mom, is that you?” to which again to my surprise, I recorded her voice replying, “Of course it is!”. It was beautiful to hear, made me feel so comforted to know my Mom is still here in spirit with me, and can hear me. A while later I did another EVP session, got the man again, and he said my cats name, “Hank”. Shortly after again, not sure how many weeks after, I did another EVP session, and asked if my Mom was here since I hadn’t heard from her a while, and I got her reply, “Behind you”. That was the last EVP session I did since  March.

One morning very recently, my husband told me that he was on his computer in our spare room at around 1 am in the morning playing video games, and the door to this room opened by itself. He went to check to see if it was me or the cats, but we were all asleep. I quote him word for word, he told me “after I saw you were all asleep, I turned off the computer, and went to bed. It creeped me out so much.” My husband is a skeptic of the paranormal.

I did go to a medium named Jennie Fuscaldo in Virginia back in June, and she did get a hold of my Mom, unlike the last medium. The one thing she said that stuck out to me, was that my Mom wanted Jennie to ask me about the kitchen decor I hung up by the kitchen window, next to the sink. I can tell you that completely shocked me, my mouth dropped wide open. Two days before my reading, I hung up a piece of kitchen decor that was formerly my Moms and hung in her kitchen. I didn’t tell anyone, I didn’t post it to social media, so there was no way Jennie could know unless it was my Mom telling her directly. She told me my Mom was proud that I was keeping her memory alive by hanging some of her items in my house, the house she passed away in.

I still live in the house, and my neighbors moved away. I don’t know if her late husband is still here or not, because I haven’t done any EVP sessions in a while, but I feel comforted knowing my Mom is here, or at least checks in. I now have new neighbors, who of course I won’t mention any hauntings to, unless they ask or bring it up. To end my story of my haunted house here on Fort Bragg, my Moms bedroom closet used to open by itself, the left side to be exact. Two nights ago I was finally cleaning out her closet, and I found a little piece of paper in a tote that was in front of the left closet door, that read:

I hung it up under the floating shelf in my living room that holds her ashes. I think she wanted me to find that piece of paper with the poem on it that she saved from a newspaper clipping, since that door was always opening for months by itself.

Krystel is the mom of two and an Army Wife. In addition to Army Wife 101 she is the Co-Founder of SoFluential.com a digital media agency that connects brands with the military market. She has appeared on MSNBC ,FOX LA and formerly was a weekly contributor to HLN's "Raising America". She has written for various outlets including Sheknows and Lifetime and is a big fan of cupcakes and french fries.
October 6, 2017 by Army Wife 101 | 0 comments