Disclosure: Homewood Suites provided me a complimentary stay to facilitate this review. All opinions are my own and have not been influenced.

This past weekend I attended my family reunion in Charleston, South Carolina. Charleston is a beautiful city filled with Spanish moss trees, antebellum homes and a lot of history. It’s also near beautiful beaches and home to quite a bit of military personnel and military history.

Of course while taking this all in I had to have somewhere to stay and thanks to the good folks at the Hilton Homewood Suites the family and I were able to relax in a comfortable, extremely clean, two bedroom suite. 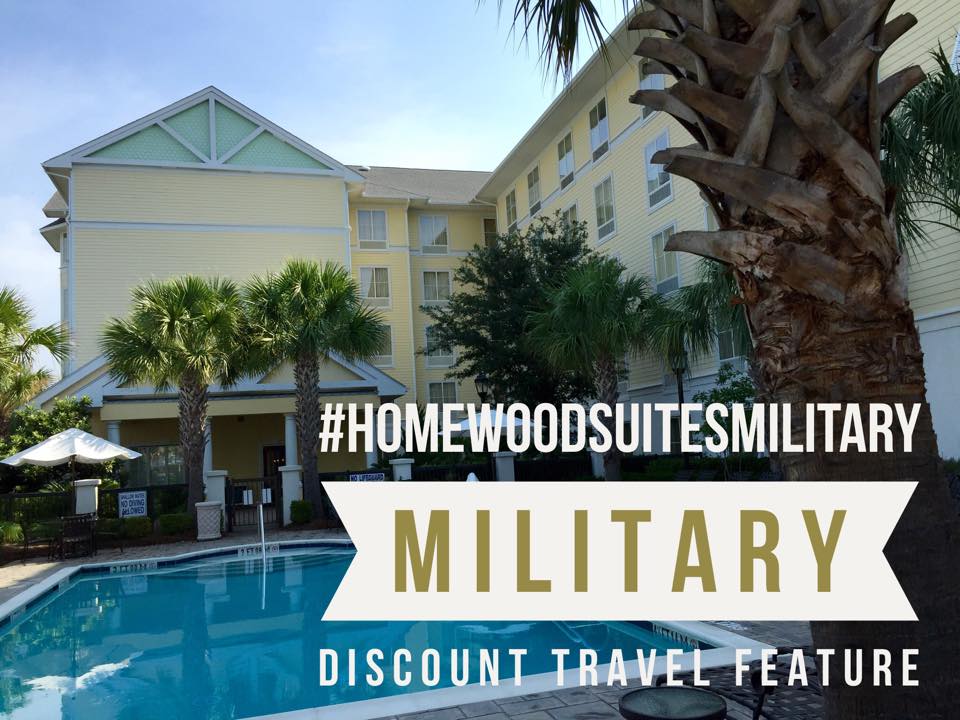 First and foremost, you should know that all Homewood Suites offer a complimentary light dinner Mon-Thursday along with a wine hour. In addition, every single morning you and your family can indulge in a complimentary breakfast.

As I checked in I was greeted by hot fresh cookies and another soldier checking in for some leisure time. It was great to see military personnel taking advantage of their discount which is valid through May of 2016. The staff was friendly and I was heading to my room in less than seven minutes. 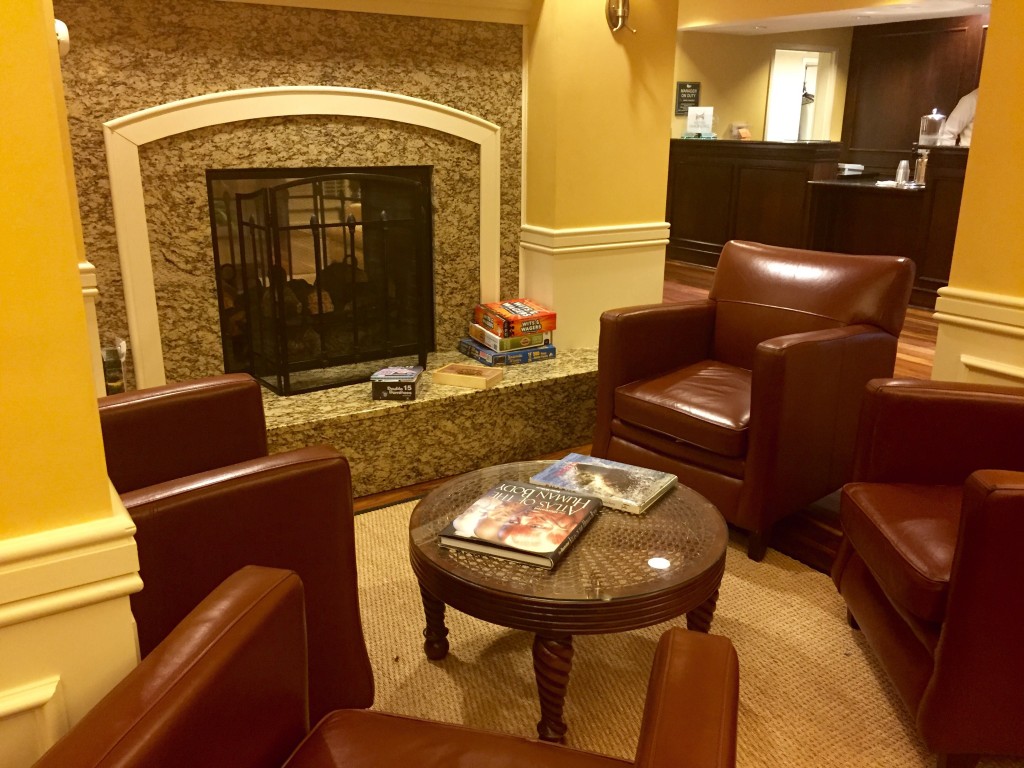 About The Military Promotion:

Homewood and Home2 Suites are saluting both active and retired military . As a token of appreciation, the Hilton brands are providing 15% off for all military now through August 13, 2016 for military members and their families to escape and enjoy an adventure together”. 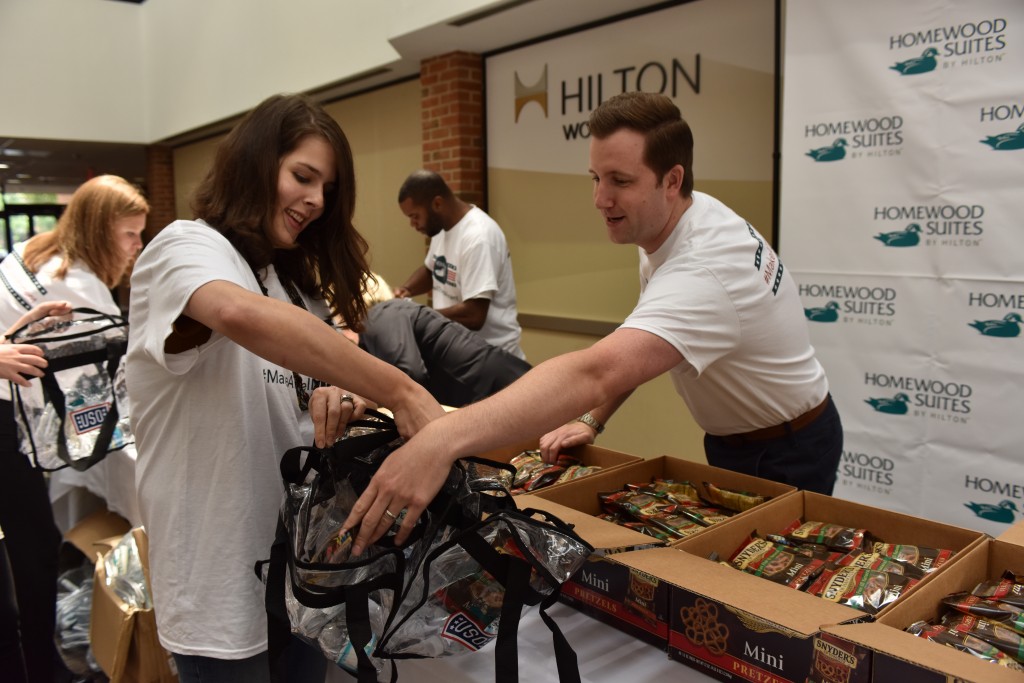 From reuniting military families, to saying thank you for your service with an industry-segment leading discount program, Homewood Suites has a strong commitment to the men and women of the armed forces.

The brand is extending its appreciation as it prepares to launch its newest campaign in partnership with the USO, “Make a Travel Moment.” On July 31, the brand will distribute travel-themed care packages at select USO airport centers around the country – Denver, Phoenix, San Francisco, Houston and Nashville.

My family was given a corner suite which was great because it meant that the main portion of our apartment (and I said that because it was basically a small apartment) did not touch anyone else’s room. It’s a great feeling not to have to worry about noise. The suite was spacious and with a ten year old and a sixteen year old, this is important. We all had enough room to be in our own little space when we weren’t hanging out together. It had a full amenity kitchen that included a stove, a nice sized refrigerator and plenty of counter space. 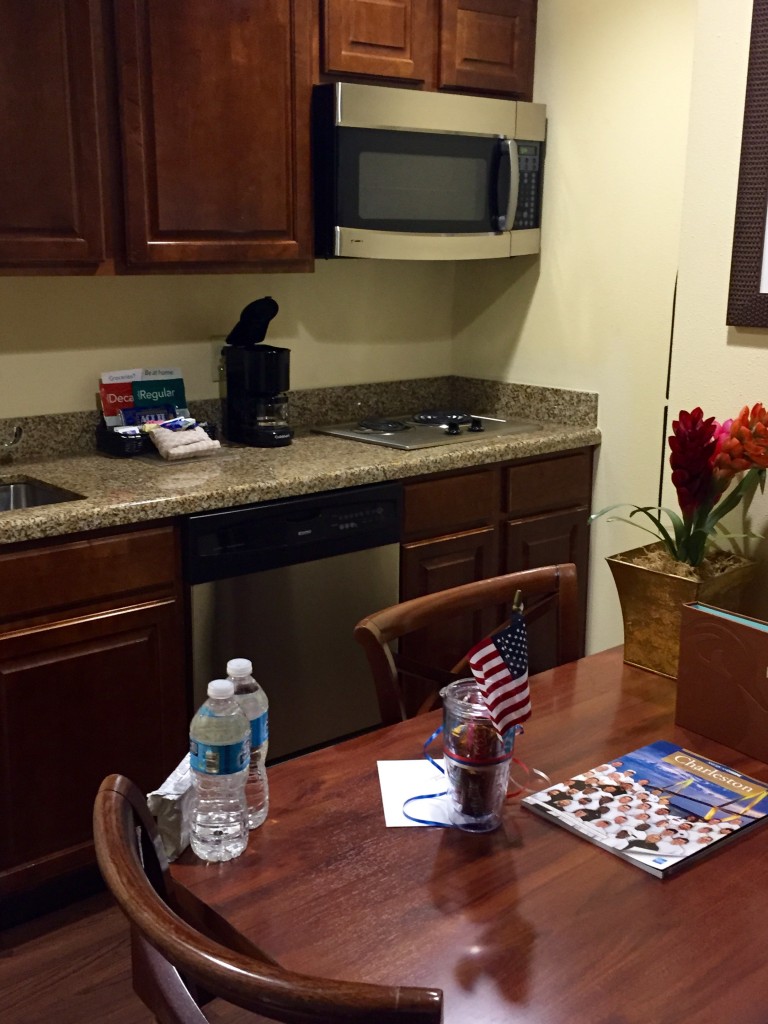 It also had a nice table to eat at. Families (or should I say moms) will be excited to know they can buy groceries and cook to save money on eating out. The beds are super comfortable and I was dreading having to get up early the next morning because I slept so well. Rooms have easy temperature settings along with ceiling fans in each room. Bathrooms are large and everything is immaculately clean. Every room including the family room is furnished with nice size flat screen TV’s/ The Homewood Suites also has plenty of USB ports and charging areas for your devices. To some this may seem minor, but when traveling with  your family its important for everyone’s sanity to be able to charge your electronics. Also the morning of checkout I was running late and my request for an extended checkout was granted via phone in less then 30 seconds. Might I add the entire suite was immaculate. Believe me I don’t care how great a brand is, I look at the sides of toilets and under the mattresses. I had no complaints! 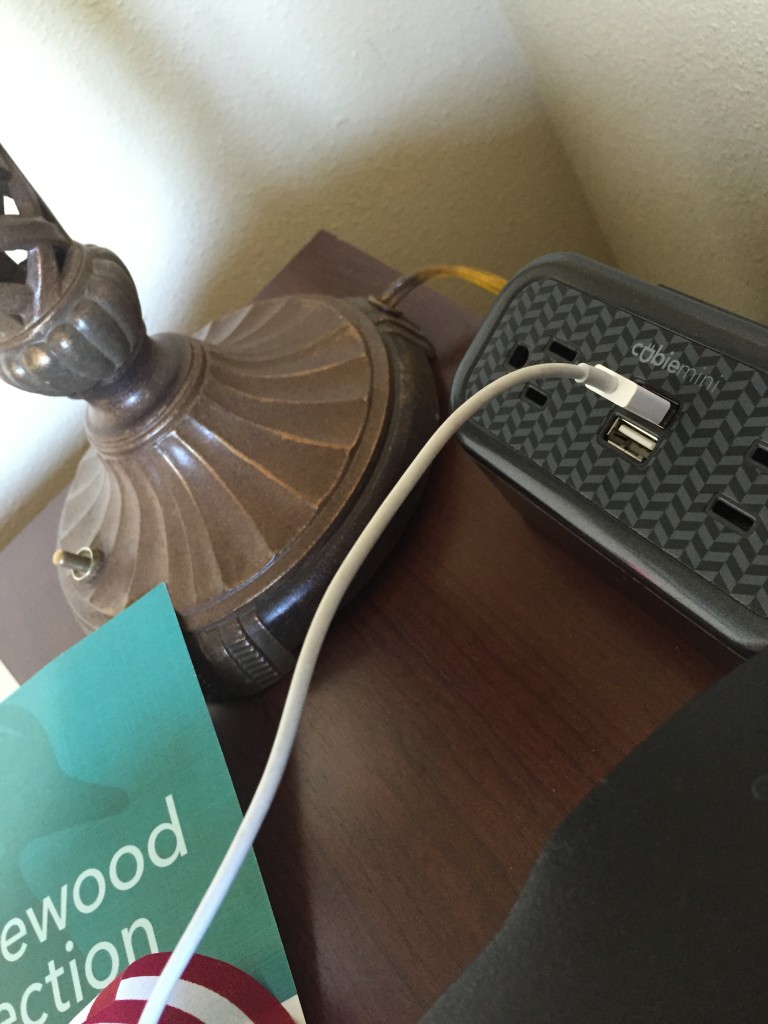 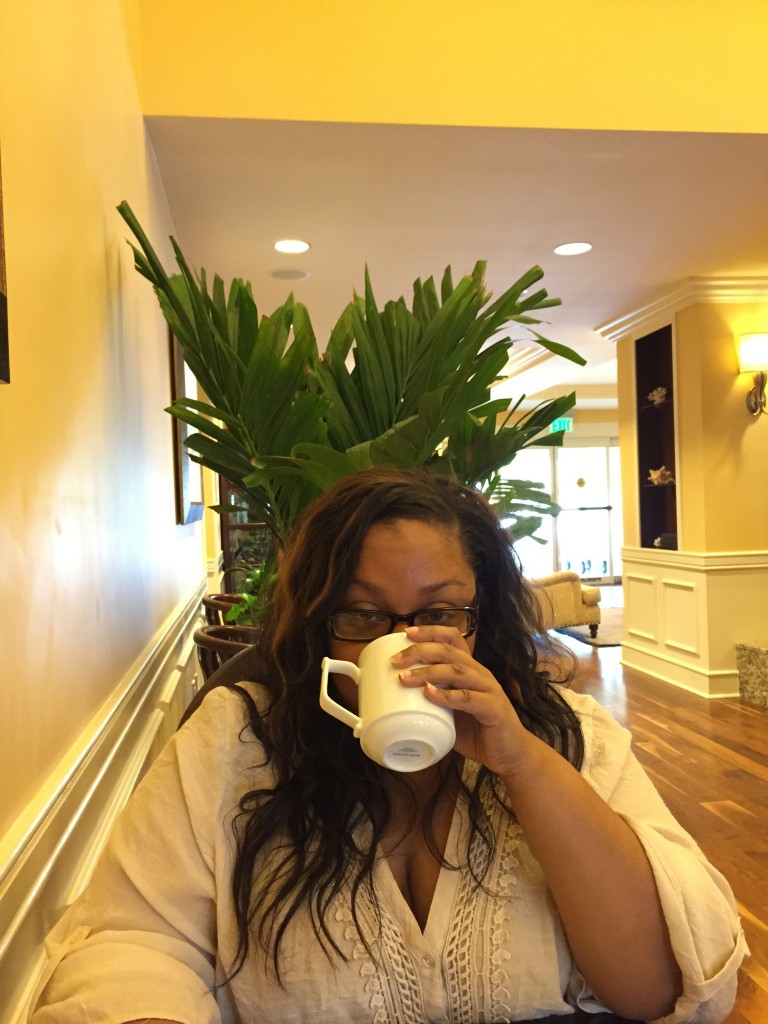 Homewood Suites provides a full fledged selection for breakfast. On the morning I ate there I was greeted by everything from grits, sausage, french toast, bagels, a selection of juices, yogurts and much more. Getting full and saving money won’t be an issue with their variety of choices which by the way were frequently replenished as soon as they got low. The coffee was also pretty good too! 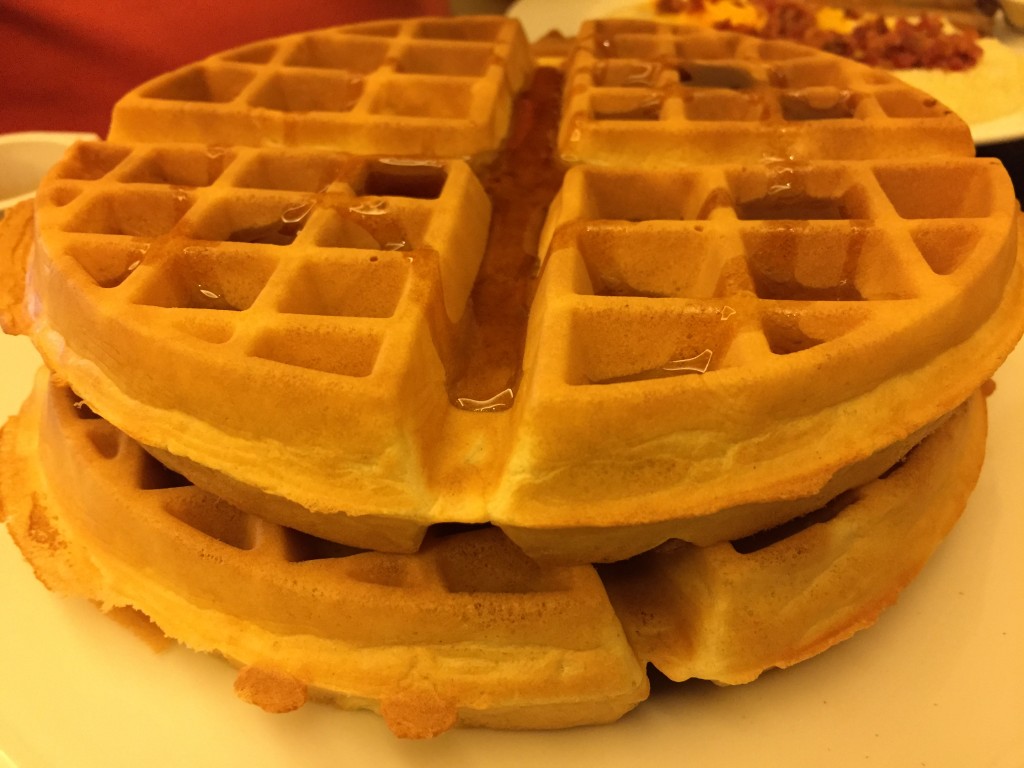 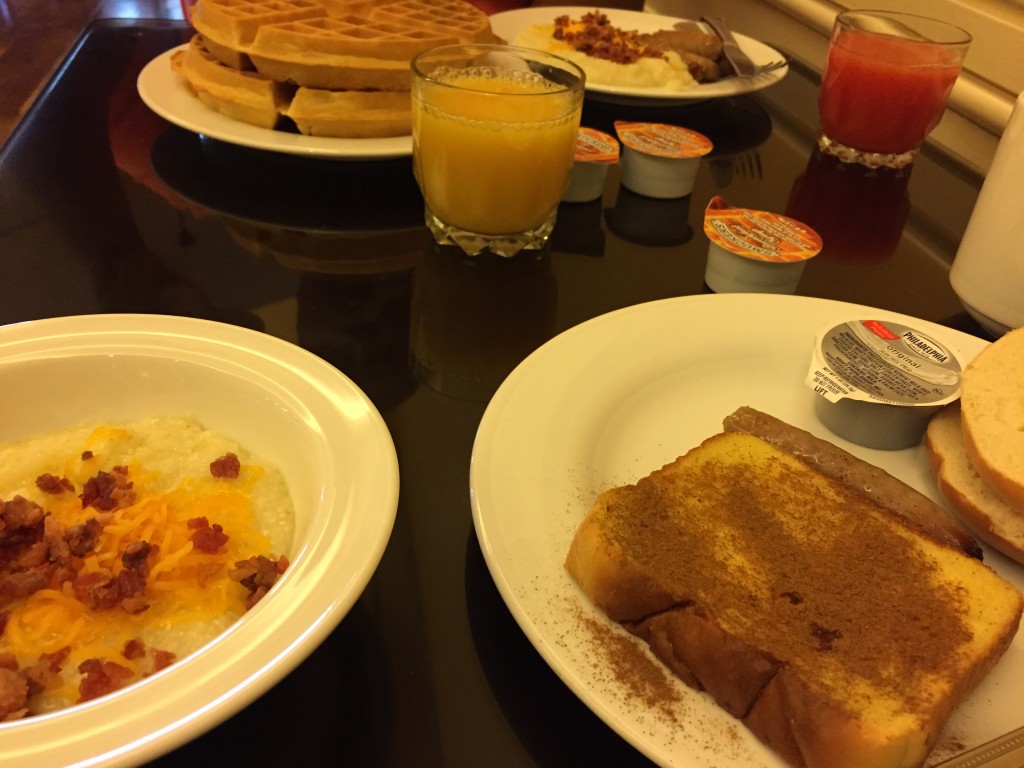 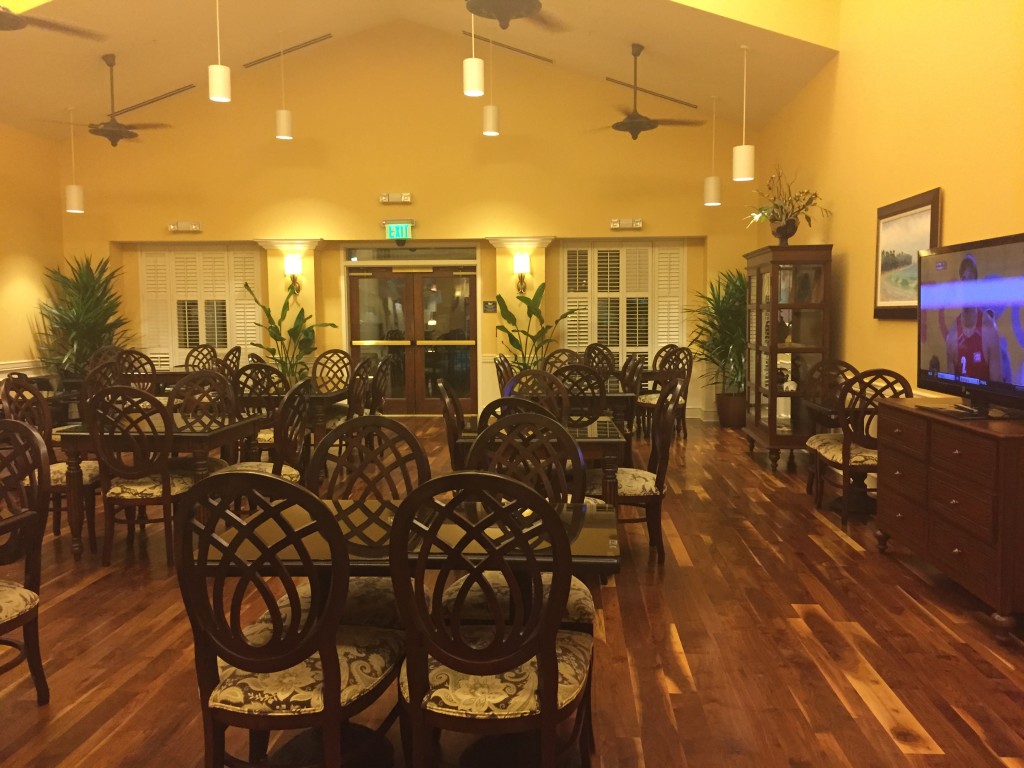 I am not sure if every Homewood Suites has a pool, but their Hotel in Charleston did and might I say the outside setting and seating area made you feel like you were at more than just a basic hotel. There is also a business center for those who need to work on the go. Other amenities at Homewood include FREE WiFi, complimentary grocery shopping and fitness centers. 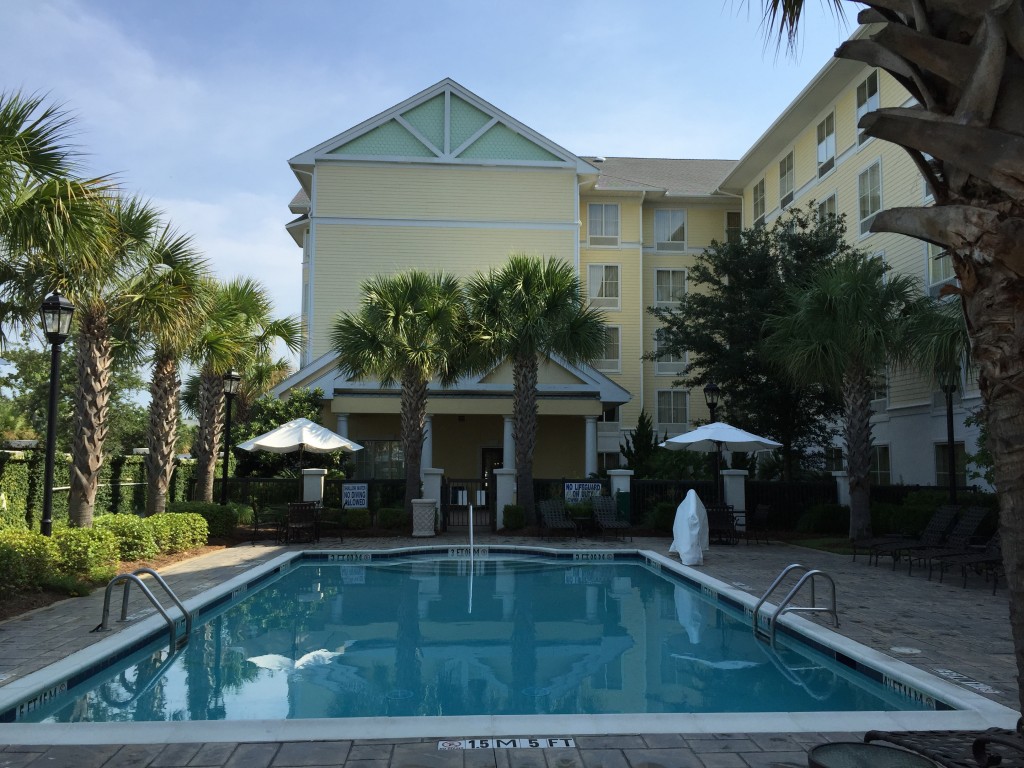 All in all, our stay was comfortable and the perfect place to relax after a long hot humid day. And while  Homewood Suites great for longer stays (My friend and Editor of NextGenMilspouse lived there for 2 months while PCS’ing), I think that no matter the duration of your stay, this would be a great place to spend it. It’s a great way to spread out and you will definitely feel at home.

To learn more about staying there and their military promotion click HERE.

Krystel is the mom of two and an Army Wife. In addition to Army Wife 101 she is the Co-Founder of SoFluential.com a digital media agency that connects brands with the military market. She has appeared on MSNBC ,FOX LA and formerly was a weekly contributor to HLN's "Raising America". She has written for various outlets including Sheknows and Lifetime and is a big fan of cupcakes and french fries.
July 28, 2015 by Army Wife 101 | 1 Comment

1 Comment on #HomeWoodSuitesMilitary…My Stay At The Hilton Homewood Suites