This conversation is sponsored by our friends with NBC’s “The Night Shift.” All thoughts and opinions are our own.

From the front lines, to the home front, to life after the military, we all have our stories. As I write this, I’m in my hometown with my parents who are helping with my children, while my husband is deployed to Afghanistan.

Each military member, their families and those who support them have a story to tell. Even those you might not expect, such as those who provide medical services, are a part of the story.

When my second son was born a month early by emergency c-section, my husband was away. My OB was there by my side the entire time and even came in at 4:30am on his day off to support this military family by delivering our new baby. Later I learned from a labor and delivery nurse that my doctor  never came in if he was off shift. She said, “You need to know that this was the first time we ever saw him do this. You were a special case.”

At one point in my hospital stay, my son was in the NICU, my husband was working to navigate military flights to join us, and I had no support person in the room — I was completely alone. My doctor came in, found me, and hugged me as I cried — I’ll never forget his exceptional heart and care during a beautiful, yet challenging time. 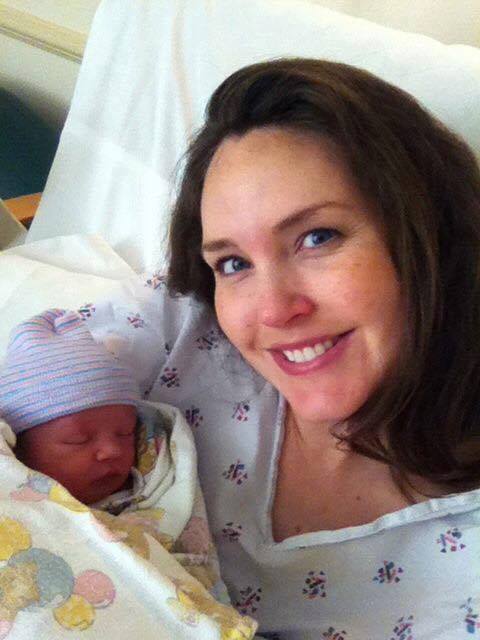 From its inception, NBC’s hit medical drama The Night Shift has captured this level of care by including military storylines. It features doctors risking their lives to save others in Syria, and doctors on the homefront treating veterans and military personnel in a Texas ER.

Season 4 premiered on 6/22 and the next episode airs on 6/29. Past viewers of seasons 1-3 will love to see what happened after dramatic cliffhangers, and new viewers will enjoy the dramatic military storylines. Be sure to watch the all veterans episode on 8/10.

If you’re already a fan of this incredible hit drama be sure to #JoinTheNightShift on social media:

New to the show? Here’s what you’ll want to know.

About The Night Shift

NBC’s hit medical drama “The Night Shift” returns for a fourth season beginning June 22. The night shift team of doctors and nurses at San Antonio Memorial’s emergency room are anything but ordinary. The risks they take to save lives straddle the line between heroic and impulsive, but are always worth it. Season 4 picks up just 48 hours later with the crew navigating the consequences of their decisions. In Syria, TC finds that suffering has no borders and channels his penchant for chaos into saving lives. Back in Texas, Dr. Jordan Alexander (Jill Flint) takes charge to keep the ER running while treating more veterans and military personnel. Parenthood forces Drew Alister (Brendan Fehr) to re-evaluate his risk-taking behavior as an ER doctor and in the Army, while learning to raise a teenage daughter. Surgeon Scott Clemmens’ (Scott Wolf) personal life remains anything but easy, but that won’t stop him from diving headlong into his professional one. Paul must deal with the repercussions of standing up to his father and pave his own way. His rival-turned-girlfriend Shannon Rivera (Tanaya Beatty) and charge nurse Kenny Fournette (JR Lemon) will soon learn three’s a crowd in a one-bedroom apartment.

“The Night Shift” is produced by Sony Pictures Television. Gabe Sachs and Jeff Judah (“Freaks and Geeks,” “Diary of a Wimpy Kid“) serve as executive producers and writers. Pierre Morel (“Taken“) was executive producer and director on the pilot episode.

Krystel is the mom of two and an Army Wife. In addition to Army Wife 101 she is the Co-Founder of SoFluential.com a digital media agency that connects brands with the military market. She has appeared on MSNBC ,FOX LA and formerly was a weekly contributor to HLN's "Raising America". She has written for various outlets including Sheknows and Lifetime and is a big fan of cupcakes and french fries.
June 29, 2017 by Army Wife 101 | 0 comments