Thank you to Procter & Gamble, Kroger and the USO for sponsoring this blog post and the Shake Hands With A Hero initiative. Please click here to learn more about this program. I was selected for this sponsorship by the Clever Girls Collective, which endorses Blog With Integrity, as I do.

For the last six years of my married life I have watched as my hero (my husband) has boarded a plane several times to head across the waters and serve his country. For our heroes serving their country doesn’t just mean fighting and battles, it also means giving up precious moments with their children and spouses. For some it means missing the birth of a child or even the passing of a loved one. In my husband’s case it has meant sacrificing many holidays with us as well as once in a lifetime moments such as a play or dance or first day of school. 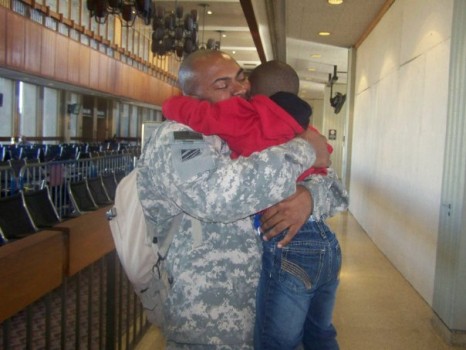 I will always Shake a Heroes Hand because as a spouse I see the special moments a service member gives up when he is serving his country. Being deployed in addition to the honor that comes with it means being confined to a base  and not having the absolute hint or touch of home . My husband has served in the US Marine Corps and currently in the US Army . Being in Iraq for him meant 15 hour work days and sometimes days without AC . Some days it meant little to no sleep and no communication with the kids or I for days at a time. While there were some uncomfortable moments, many everyday people lent their support by sending a piece of home in forms of music, drawings letters and special care packages.

The day I watched my spouse leave knowing all he was sacrificing was the day I truly made the commitment to make sure that our troops always felt appreciated. 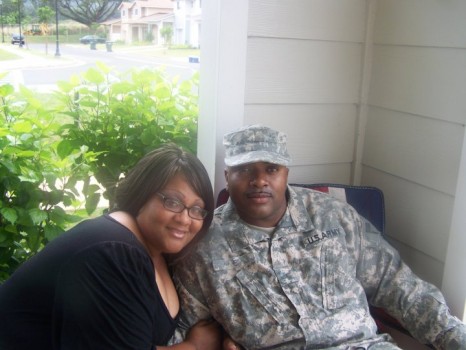 This is why it is so important for our troops to know that we support them in any way possible. Many people wonder what can I do to show my support which makes the Shake A Hero’s Hand Campaign a wonderful way to show your support whether shaking hands virtually or in person. If you can’t be at the airport to greet a service member why not do it via the Internet?

Also did you know May is “Military Appreciation Month”? All the time is a perfect time to show support but this month is even better !

Because Proctor & Gamble and Kroger have partnered up , Kroger will donate $250,000 to the USO. I know personally how beneficial and kind the USO has been to my husband while overseas and to our family during a layover in Atlanta Airport. We had a relatively long layover and they let us refresh and rest in their USO commons area. They treated up super nice and I will not forget the kindness the volunteers showed my family.

As part of the partnership Kroger and P&G have created an opportunity to let consumers virtually “shake hands with a hero” – the proper custom to show your gratitude to US soldiers in uniform to thank them for their service to our country. The first 50,000 people who utilize the microsite application (at http://www.honoringourheroes.com) to shake a soldier’s hand will receive a coupon (loaded to their Kroger Plus Card) for $1 off P&G products.

Take a few minutes to brighten a military members day by “virtually” stopping by and thanking them for their service!

You can virtually shake a soldier’s hand to thank him/her for their service! Help us send 50K thank-yous! Just click here: http://bit.ly/hDm6zY #ShakeHandsWithAHero.

Krystel is the mom of two and an Army Wife. In addition to Army Wife 101 she is the Co-Founder of SoFluential.com a digital media agency that connects brands with the military market. She has appeared on MSNBC ,FOX LA and formerly was a weekly contributor to HLN's "Raising America". She has written for various outlets including Sheknows and Lifetime and is a big fan of cupcakes and french fries.
May 5, 2011 by Army Wife 101 | 5 Comments

5 Comments on Shake Hands With A Hero