Let’s be straight from the beginning here. You know if you’ve ever had the challenge of saying goodbye to your spouse, the fantasy of the perfect goodbye is much more common that the reality of it. When it is your Soldier’s time to go, you want everything to be perfect, just like in the movies. But, let’s face it, in no way is saying goodbye desirable. However, it can be beautiful and meaningful as I have learned from saying goodbye to my Soldier the past few years. Here are a few things that made our most recent goodbye perfect for us and a few of my thoughts during the process. 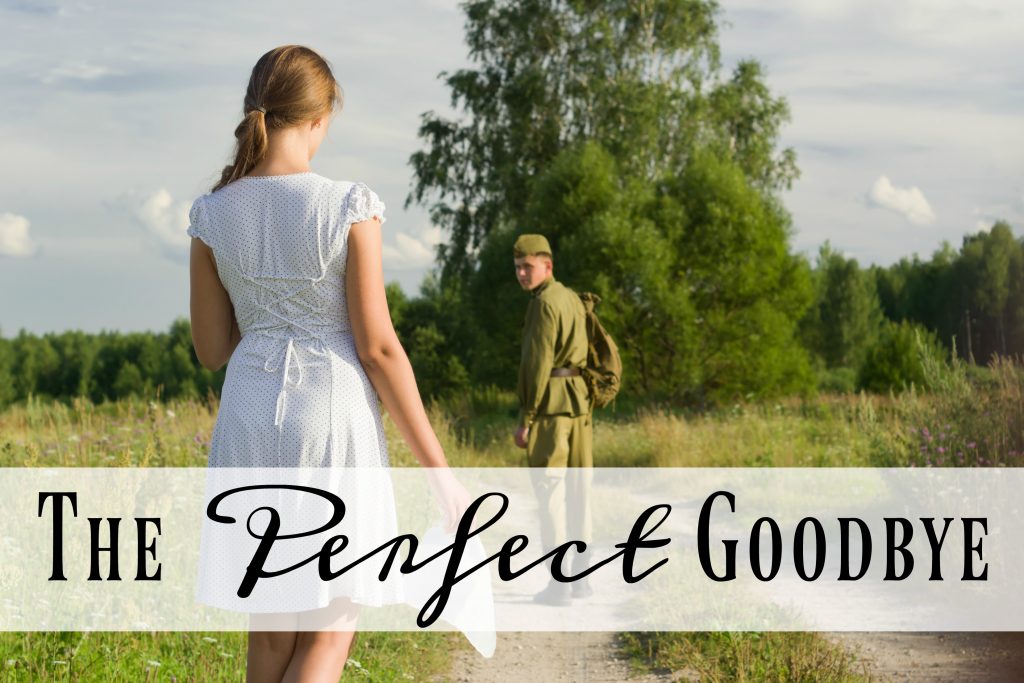 My husband left for Afghanistan again this year. He was just there last year! What I’ve discovered is that when someone leaves, it is not a done deal; it is just the beginning. So, for as much as you’d like to say or do before he leaves, you will still feel sad and you will still miss him when he is gone. Greeting him upon his return will be outrageously amazing, but saying goodbye just isn’t.

It may be that family and friends visiting are a great way to mark the moment and make memories. It is a way to communicate to your children, spouse, and family that, “hey, this is kind of a big deal.” However, as your many foiled plans for spending time together in any normal day get squashed, this may also happen right before the goodbye. It’s only natural, right? Your spouse is packing and thinking of about a million things all while spending quality time with loved ones. Meanwhile, you’re doing your best to watch the little ones, fix meals, and keep up the day to day stuff so that your spouse can pack or visit.

In my experience, I always miss my husband. Mostly because we have four children so we don’t get much time alone. But also because, as you know, our Soldiers aren’t just busy when they are deployed; their schedule back home can be grueling as well. If you are able to, spend a few quiet moments alone. It doesn’t have to be at a special place or while eating a special meal or doing something extra special. Because, really, none of that matters anyway. Just take a moment to enjoy his touch and his voice and anything else you can think of.

There’s a temptation to make a lot of plans or re-do your normal routine. That can be fun, but if you’re noticing it is adding stress unnecessarily or somehow interrupting real connection, just drop it. This is going to sound pretty cheesy to some of you, but I have felt the pain of missing my husband and watching him spend time with everyone else but me in those last few moments. I don’t enjoy missing him and, of course, I’d like more time with him all to myself. But, I also feel so good providing others the opportunity to be and talk with him because I love him and I think he’s so great too. Additionally, I want his children and his parents to make good and meaningful memories with him. These experiences led me to the following revelation: Selfishness can be such a time waster and distraction from this time. It will put the focus on you rather than your spouse, children, and other loved ones. They may need those memories more than you right now because, the truth is, you will have more contact with him while he is away than any of them will. So soak up the picture in front of you and watch your husband being enjoyed knowing that you will also tell him whatever it is you want to tell him before he leaves.

Bio: Barbara Thompson is the wife of an Army Special Forces Officer, mother of four, and licensed clinical psychologist. She served in the Army on active duty for five years, deploying in support of Operation Enduring Freedom, and continues to serve in the Army Reserves. She enjoys exercising, being outdoors, and spending time with her family.

Krystel is the mom of two and an Army Wife. In addition to Army Wife 101 she is the Co-Founder of SoFluential.com a digital media agency that connects brands with the military market. She has appeared on MSNBC ,FOX LA and formerly was a weekly contributor to HLN's "Raising America". She has written for various outlets including Sheknows and Lifetime and is a big fan of cupcakes and french fries.
August 11, 2016 by Army Wife 101 | 0 comments