Home » Featured » 6 Portable Careers For Military Spouses
Featured
The other day I shared a post in which I said ” Supporting your spouse’s dream doesn’t make your dreams optional”. This simply means that at some point in your life don’t forget to pursue goals and endeavors that are important to you. Many spouses have trouble keeping jobs or staying in their field of work because the military lifestyle certainly presents challenges. Sometimes certain licenses are required for a particular state, or employers don’t want to take the time training a person who they feel might not be around long. It’s because of this many spouses lose hope that they will ever find any kind of career or at least a job to earn money while their spouse is serving in the military. 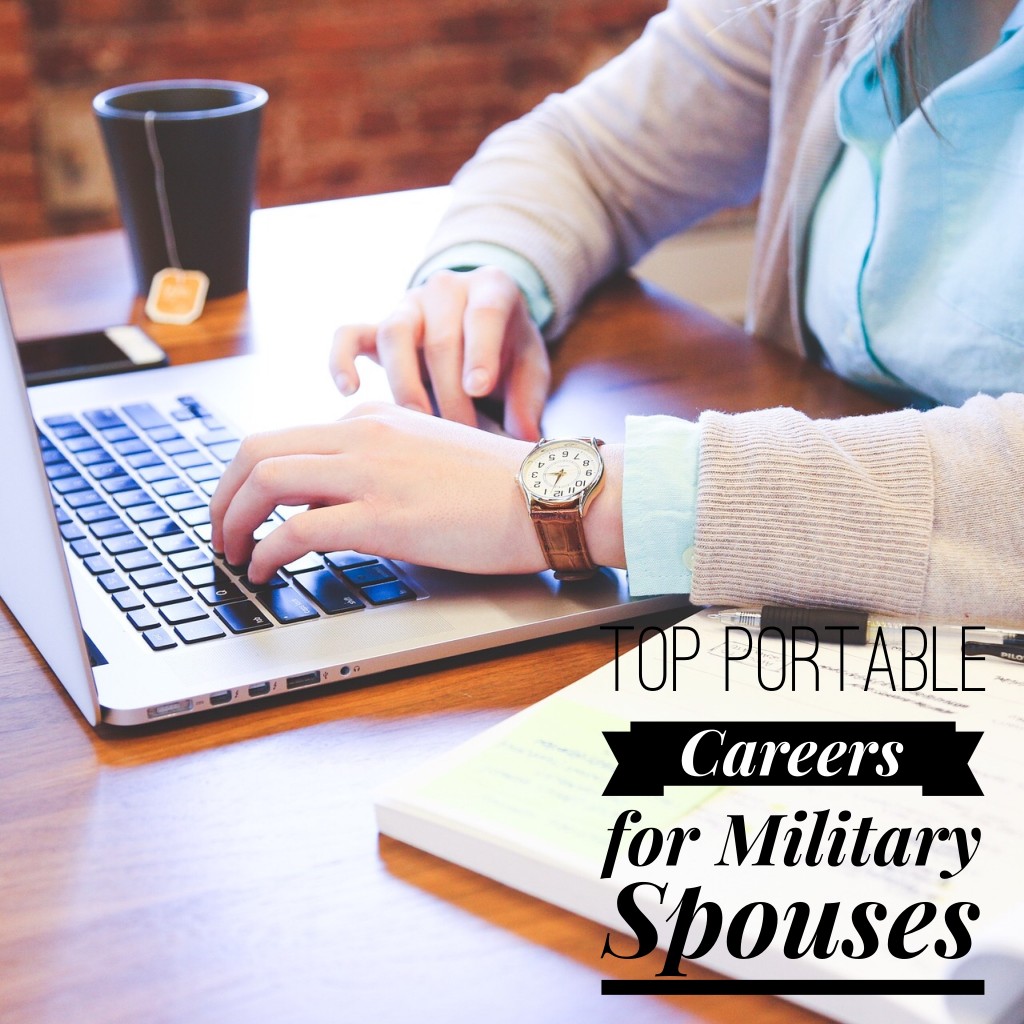 This is why portable careers are the way to go. While it may not be your long term choice of career, portable careers allow you to take your career/job wherever Uncle Sam decides to send you. I had no idea being a blogger would end up being my career, but it worked out because it traveled with me. There is nothing like whipping out your computer and being able to work in the middle of a PCS, which I have done twice. Of course, blogging isn’t for everyone and not everyone wants to work from home.  However, there are many easy portable certifications you can get in a variety of fields that you can take wherever you go and most likely will easily gain employment in.
Martinsburg College is one of the well-known colleges that offers online certificate programs. One of the great things about their certificate program is that in some cases MyCAA can cover the entire cost. As a reminder MyCAA is “The Military Spouse Career Advancement Accounts (MyCAA) program provides up to $4,000 (over 2 years) of Financial Assistance for military spouses who are pursuing degree programs, licenses or credentials leading to employment in portable career fields.” Without going into any debt, quite a few eligible military spouses (E-5 and under) can add a certification under their belt utilizing their MyCAA funds.
Below is a sample of some of the certification programs offered by Martinsburg:
Financial Management and Accounting
Office Technology
Computer Support Technology
Pharmacy Technician
Surgical Instrument Processing
Medical Office Administration
Healthcare Administration
As you can see there are quite a few choices in various areas, and what you see above is just some of them. One thing about living in a military town is that there are plenty of clinics, hospitals, and administrative positions. The key to choosing a portable career is deciding first whether you want to work from home or commute. After that, decide where your strengths are to give you an idea of which direction to go in. You’ll also want to look for colleges that understand the military lifestyle and can give the flexibility that we sometimes need when the inconveniences of military life arise.
Since Martinsburg has been working with military families since 2004 they are a perfect example of a school that understands the challenges military life can present. To help you they have created the Military Spouses in the Field: Career Development on Facebook, to help you meet other spouses seeking portable careers and ask all your questions about them.  CLICK HERE to join.

This is a sponsored post on behalf of Martinsburg College.

Krystel is the mom of two and an Army Wife. In addition to Army Wife 101 she is the Co-Founder of SoFluential.com a digital media agency that connects brands with the military market. She has appeared on MSNBC ,FOX LA and formerly was a weekly contributor to HLN's "Raising America". She has written for various outlets including Sheknows and Lifetime and is a big fan of cupcakes and french fries.
August 12, 2015 by Army Wife 101 | 0 comments