Disclosure: I was provided with tickets by Universal Studios Orlando

You may already know that Universal Orlando Resort™ offers two amazing theme parks — Universal Studios Florida™ and Universal’s Islands of Adventure™. But what you may not know is that their newest water park, Universal’s Volcano Bay™ opens May 25!

You may also not realize that Universal Orlando Resort™ offers an array of on-site hotels, shopping, dining and nightlife at Universal CityWalk™, and live entertainment by the world-class Blue Man Group. 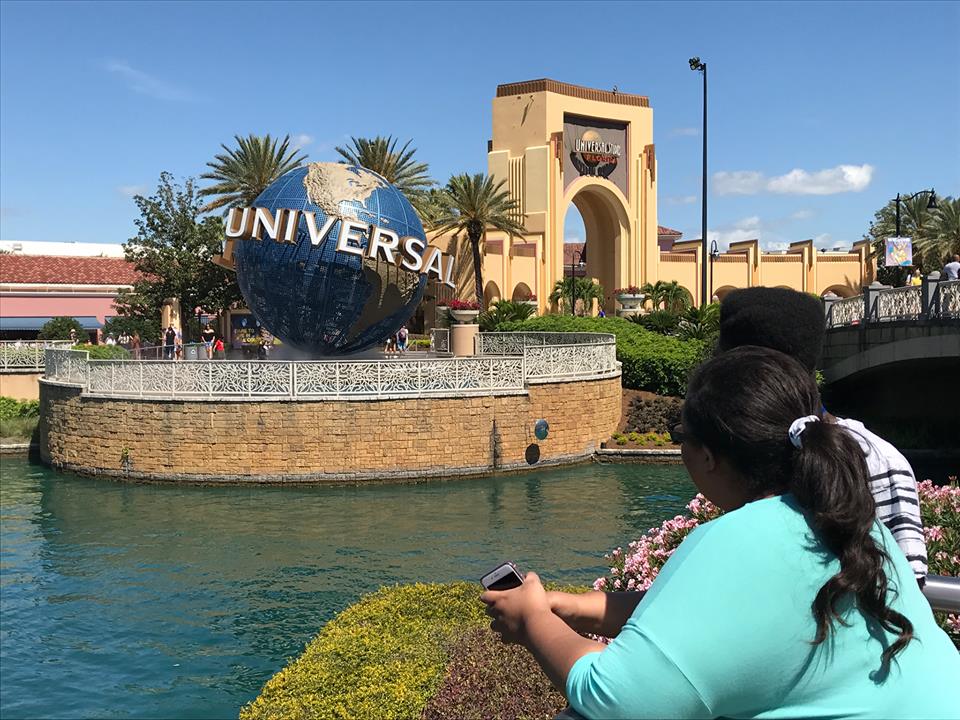 My family and I recently visited Universal Studios for Spring Break and stayed on the premises at the Loews Sapphire Falls Resort. I love theme parks, but I dread finding parking and long walks. One of the perks of staying on the premises was the passenger boats that pick you up right at your hotel and drop you off just steps from the Universal entrance.

We were lucky enough to have the Unlimited Express Pass which made the entire time we were there fun. It also allowed us to cover almost every ride we wanted to go on.

Speaking of wanting to go on rides, first up was the new “Jimmy Fallon’s Race Through NY” ride. This ride is a 3D simulator and makes you feel as if you are really in the middle of Times Square and in the audience of the “Tonight Show”. As a native New Yorker I must say the ride felt extremely real and you literally will feel like you are going to hit a cab or flying down subway stairs. And did I mention that we really felt like we were back in New York indulging on huge yummy slices of pizza right outside the Jimmy Fallon Experience! 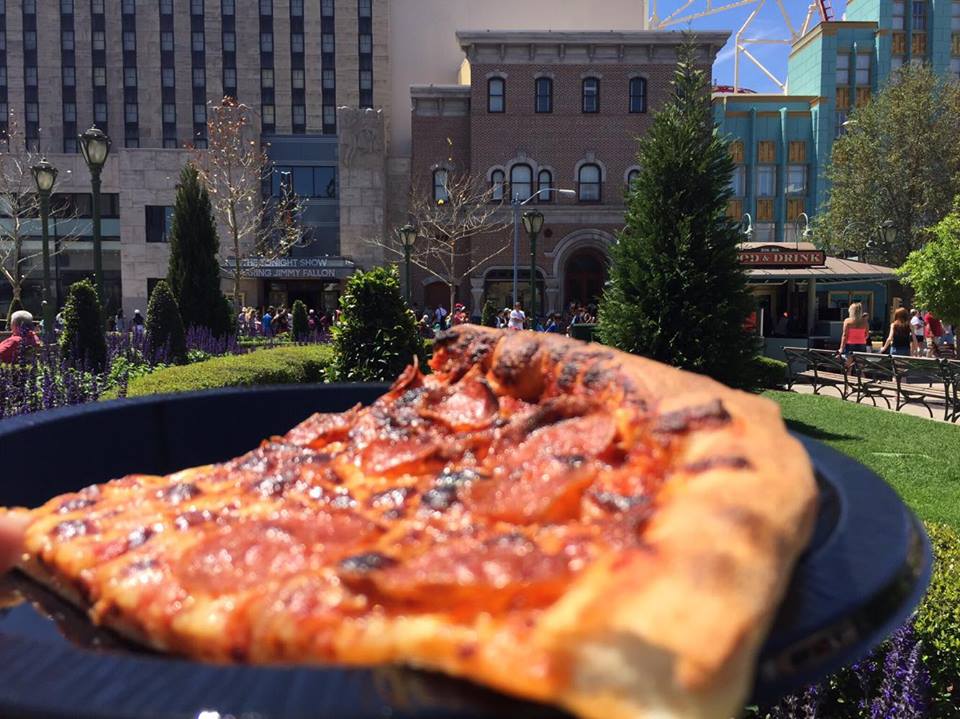 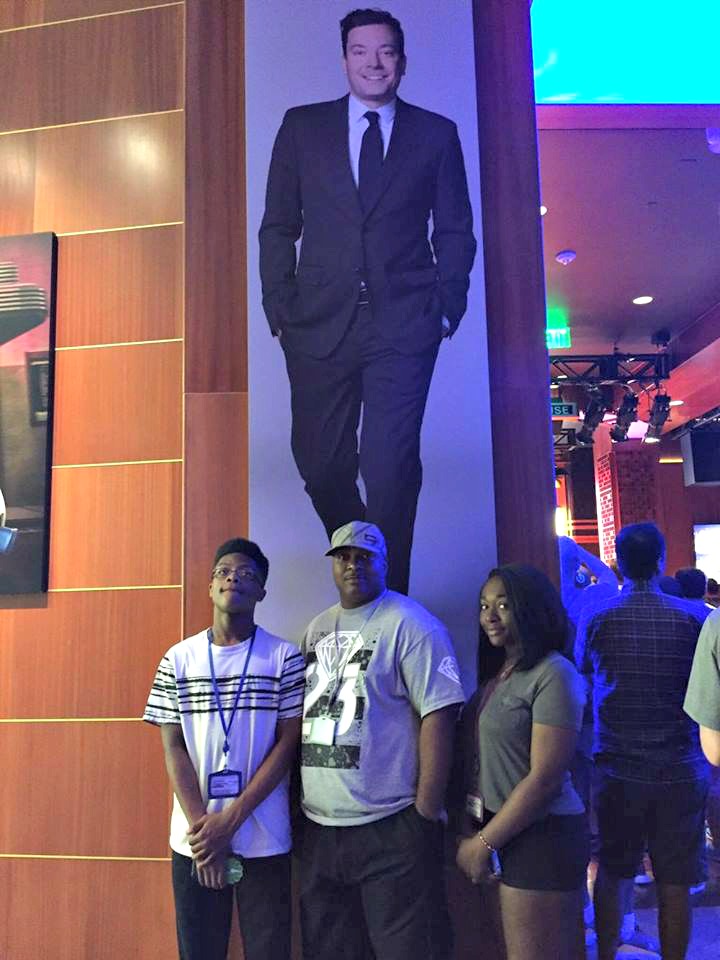 Other new additions to Universal Studios include The Incredible Hulk Roller Coaster, and one of my new favorites Skull Island: Reign of Kong. Riders will go on a jungle expeditions and must survive potential doom as you fight to survive several attacks along the way.

We also enjoyed other classics such as ET and The Simpsons, Shrek 3D, and The Transformers ride. 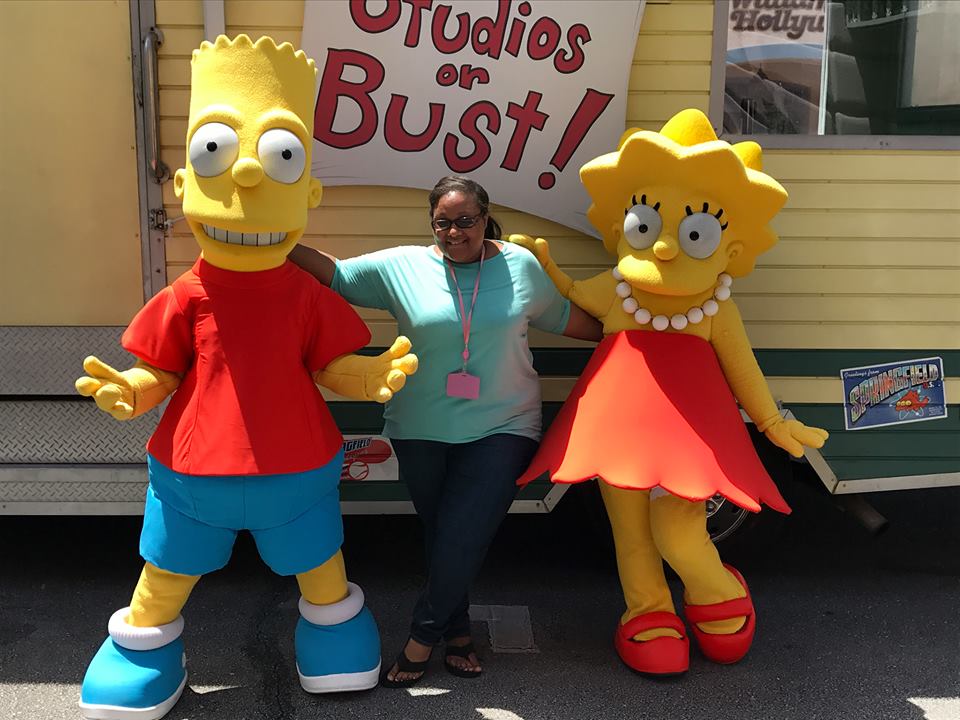 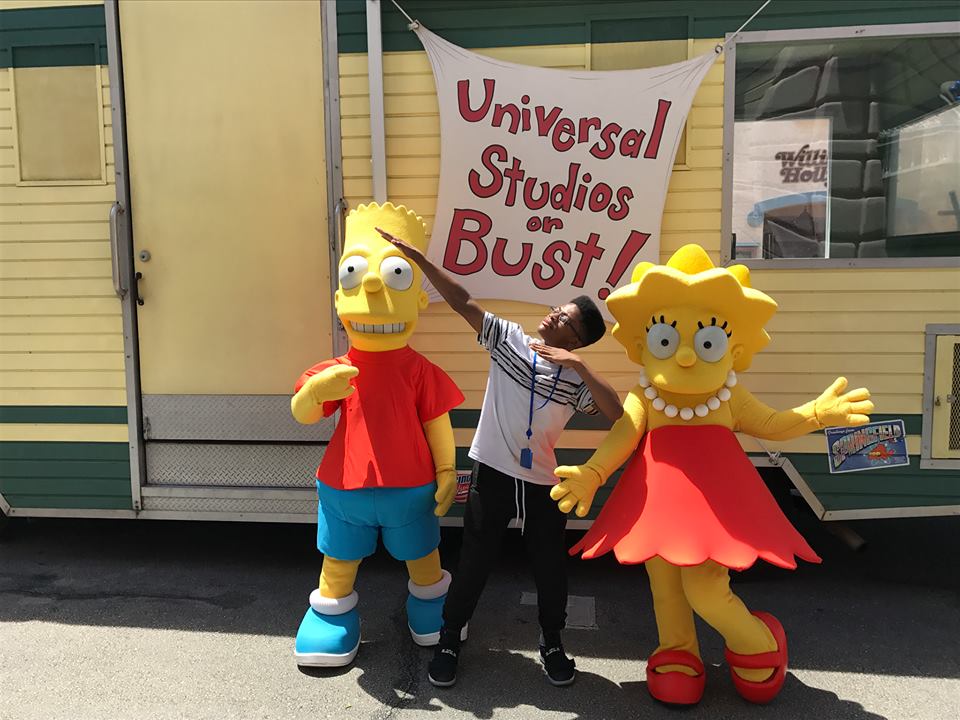 When we spent the day at Universal’s second park Islands of Adventure we did quite a few dips down Dudley Do Right’s Ripsaw Falls. Our other favorite was The Jurassic Park ride which even though I had rode before seemed a bit different at the end, but I won’t spoil it for you. 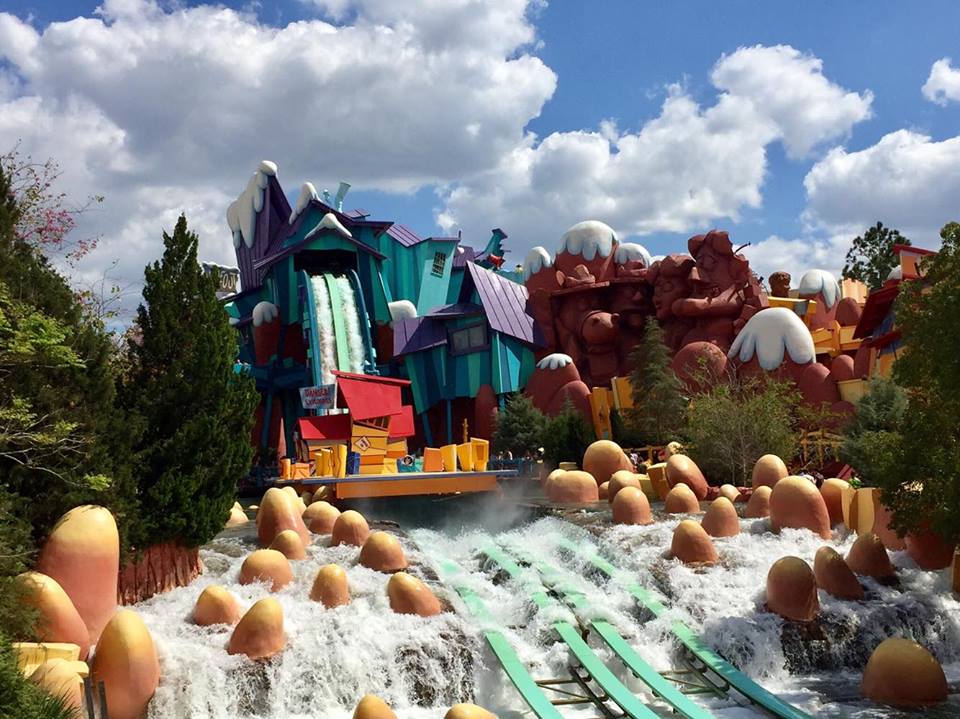 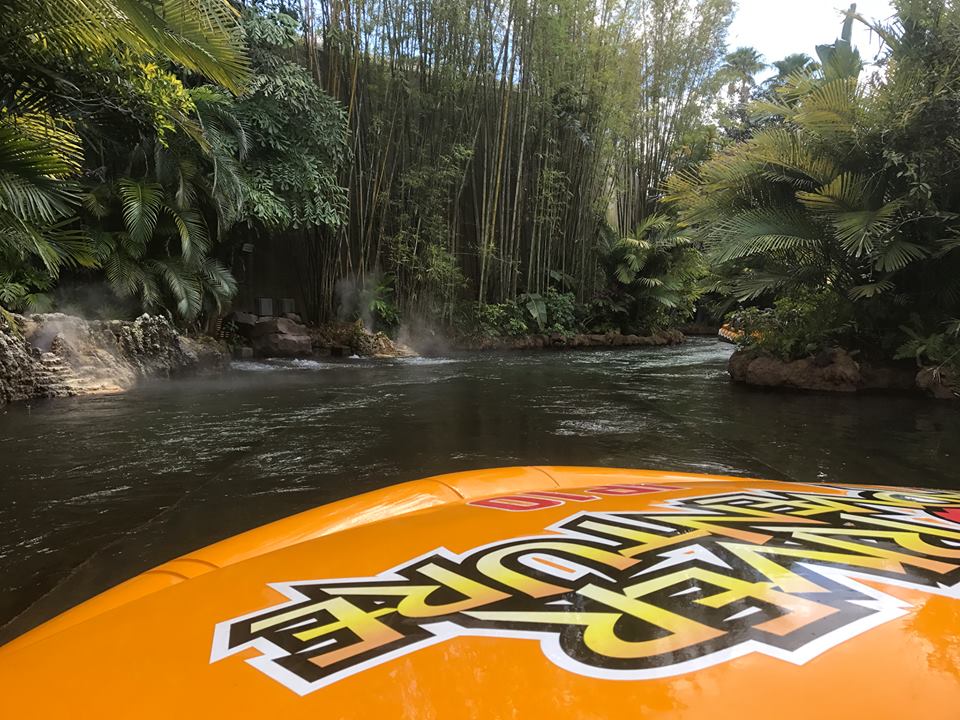 Of course we couldn’t visit Universal Orlando and not enter the world of Harry Potter. So of course we made our way into Diagon Alley. We sipped butter beer and ate chocolate. Universal out did themselves on any and everything Harry Potter. You really feel like you are on a London street somewhere. 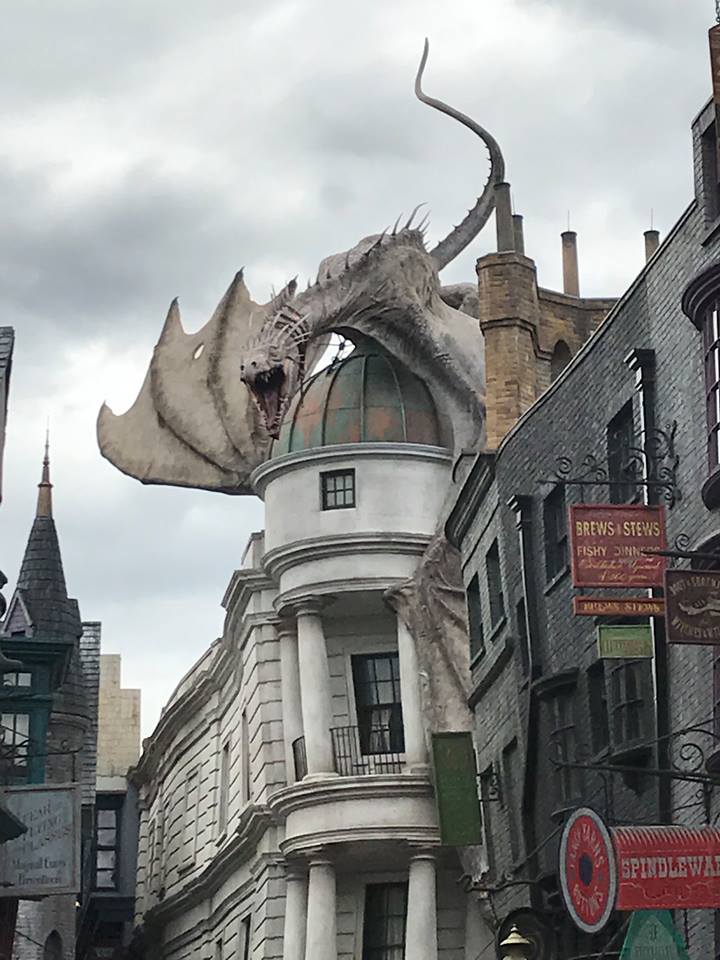 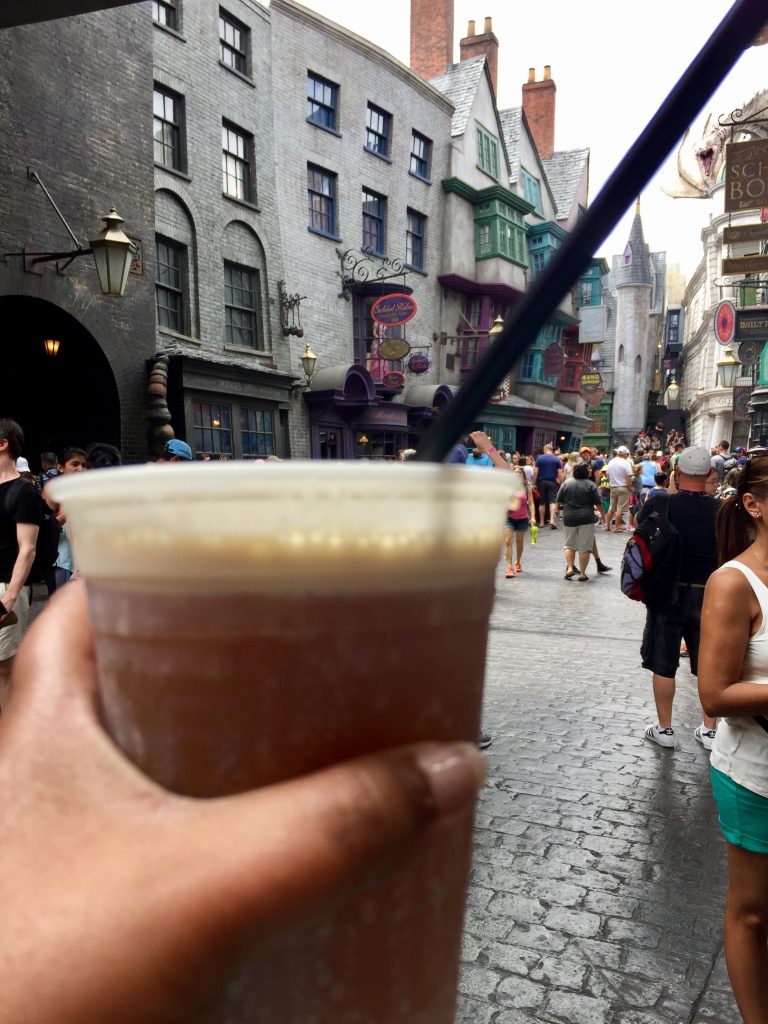 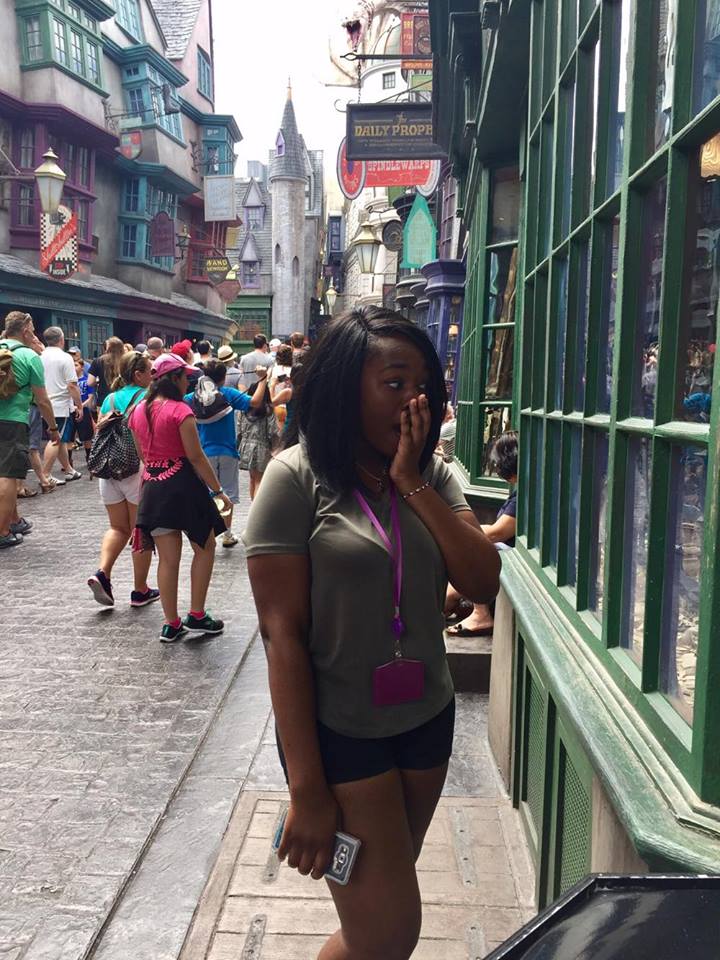 And after you’ve spent some time in line and exploring Diagon Alley, you may either be got or hungry. So we were more than happy to go and be a test audience for a possible show in production at the NBC Media center. Anyone 18+ over can do it if approached by one of the media center workers in the park. The best part is you get paid in Universal Orlando gift cards. We earned an extra $15 each (my spouse, myself, daughter) and were able to put that towards dinner on the premises that evening. 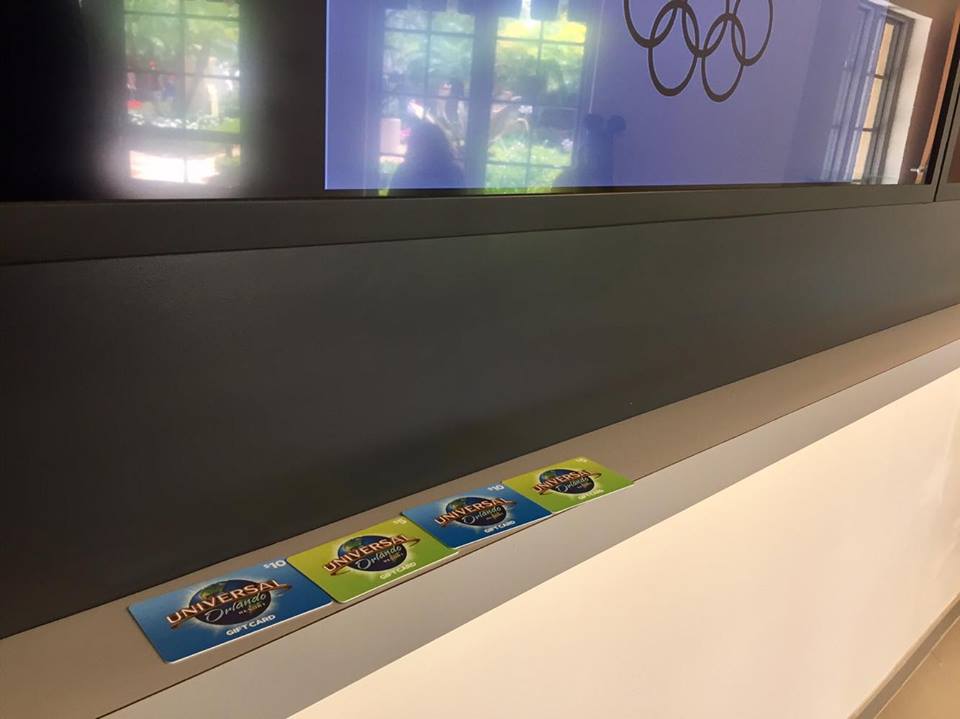 After we did that we made sure to not miss out on our some live entertainment. We were able to check out Fear Factor in which a contestant got scorpions put on their head, while another had to drink a concoction of raw food and sour milk. Out of both I really enjoyed Th Rocky Horror Makeup Show. This show is great if you want to learn about how special effects Hollywood make up is done in scary movies. 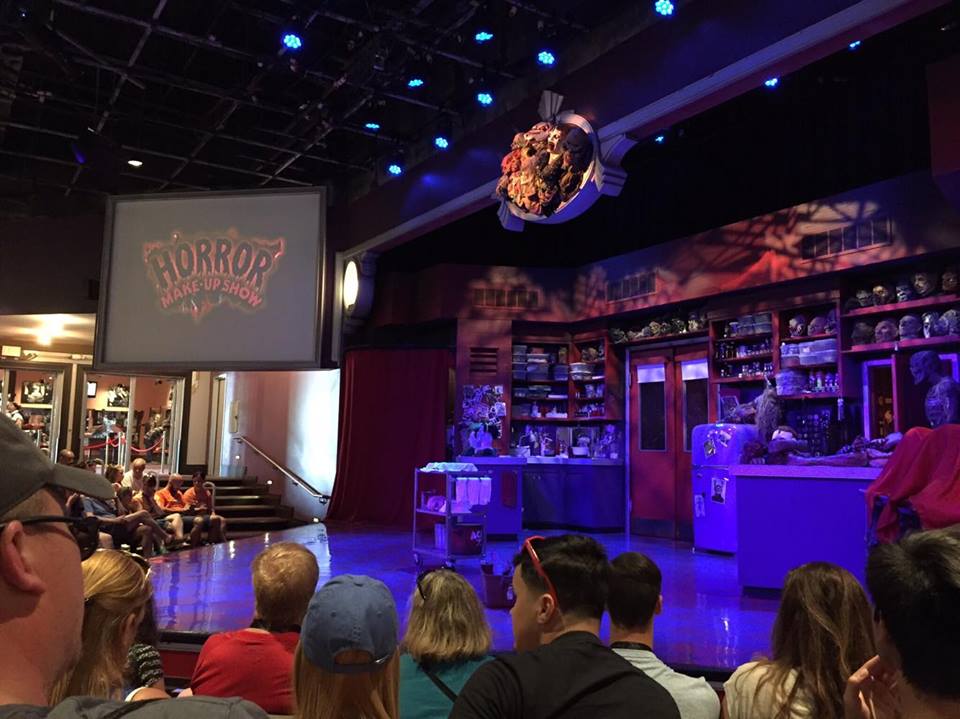 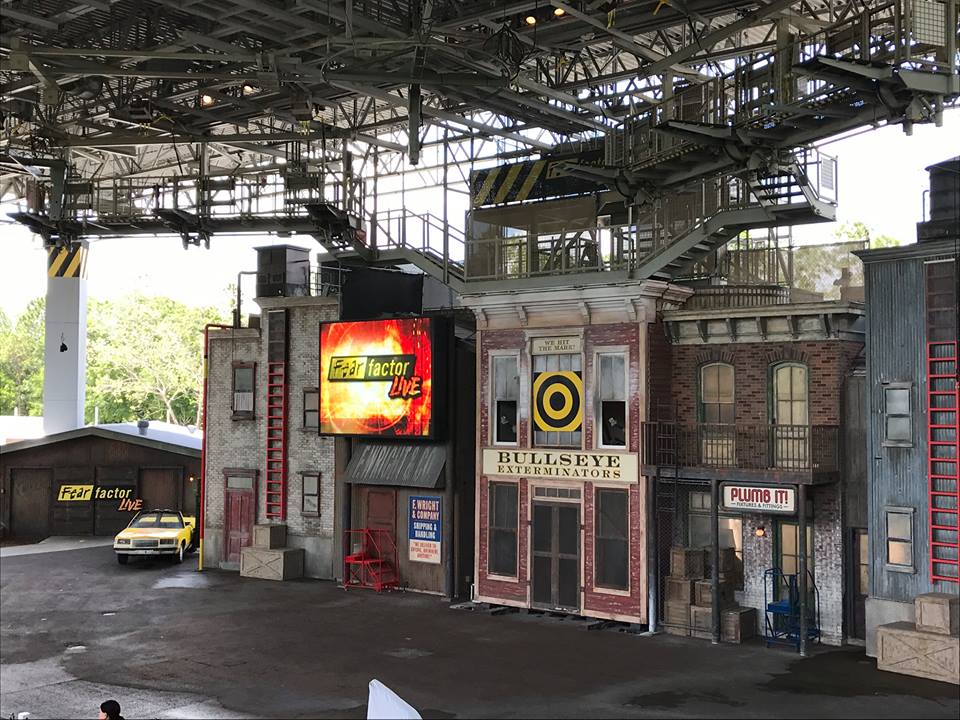 Along your walk you’ll see props from movies including the car from “Back To The Future”. 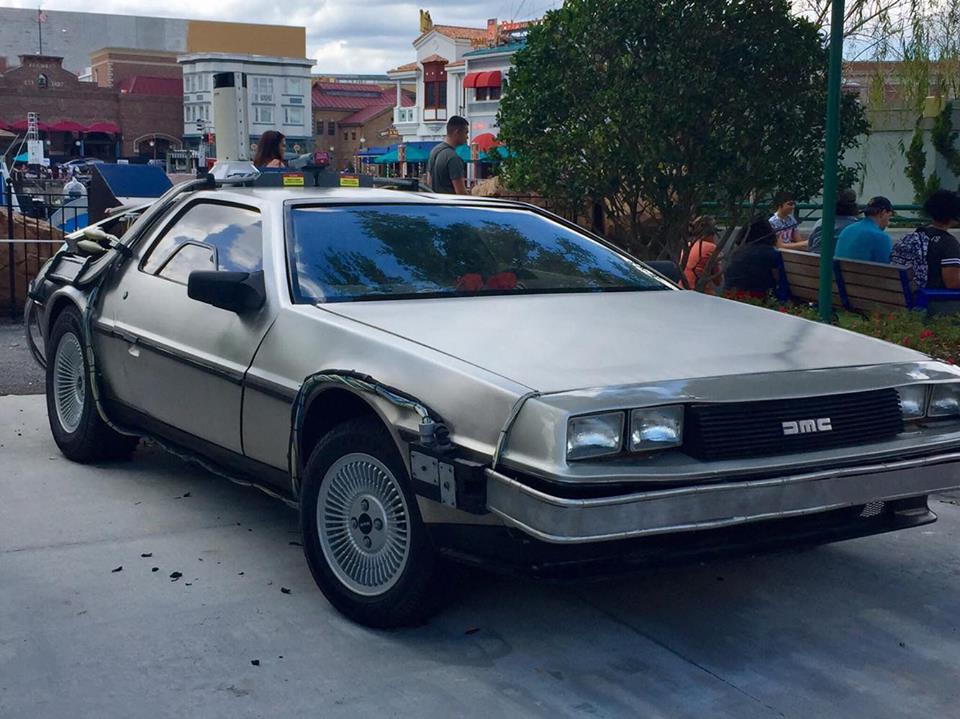 Universal has dozens and dozens of places to eat. Because we were staying on the premises, we ate frequently at our hotel. However, there was one place we had our eye on because we had been hearing a ton about their milkshakes. It was called The Toothsome Chocolate Emporium & Savory Feast Kitchen. Their milkshakes creations are out of this world. It gets crowded so be prepared to wait. We also indulged in a large Lard Lad’s Donuts located in Krustyland by The Simpsons. 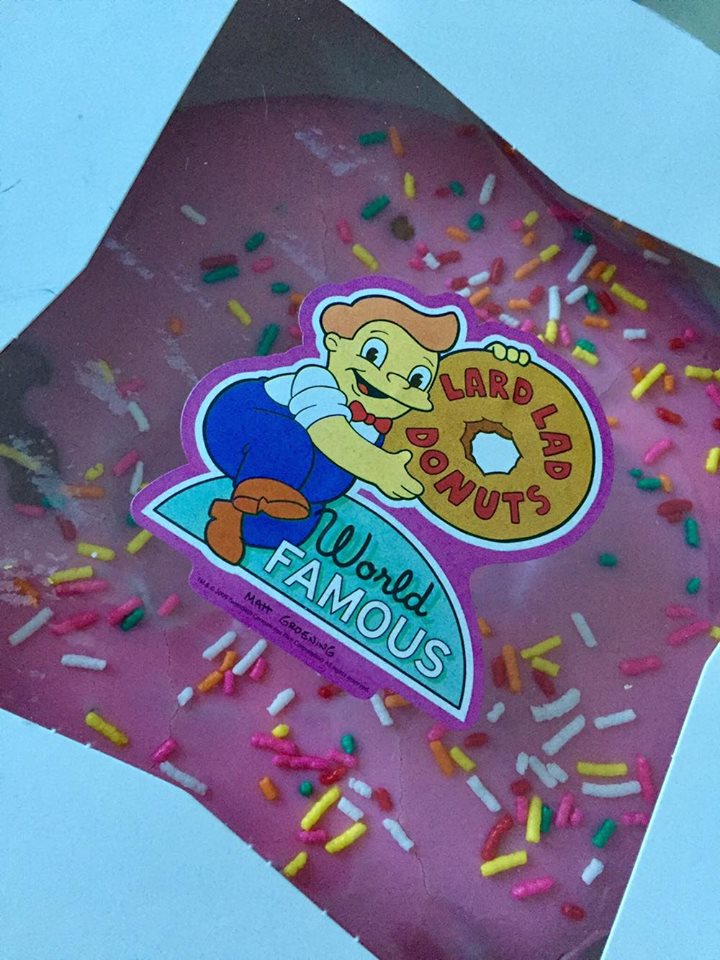 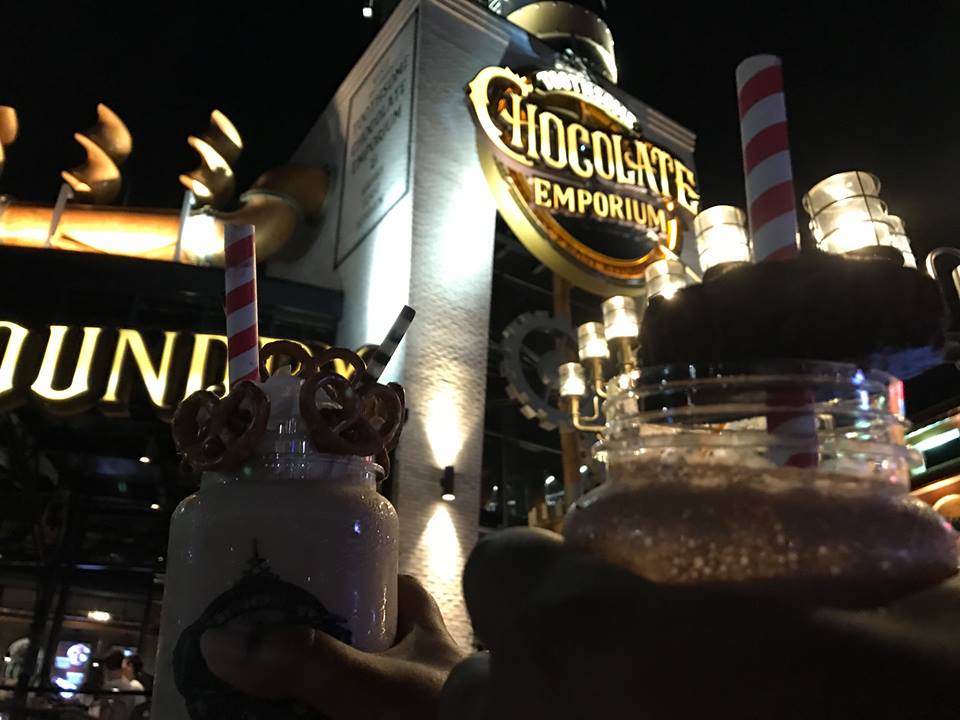 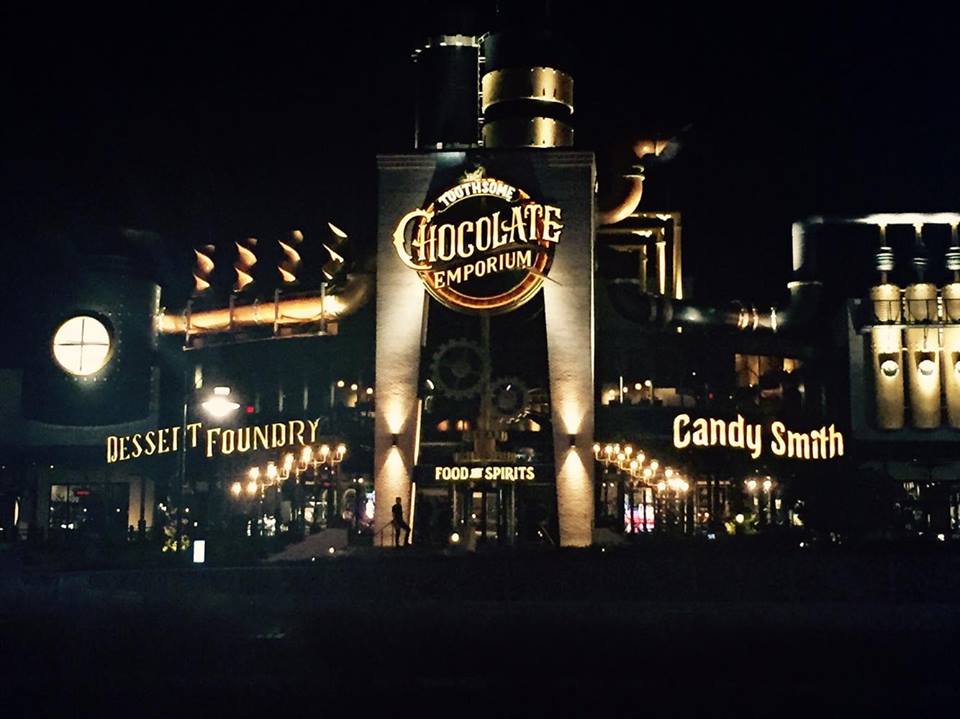 Can you think of anything better? How about a military discount? That’s right, Universal Orlando offers specially priced tickets to active duty, retired military and Department of Defense Personnel with valid military ID.

That means you can stay and play for less:

Check with your base Leisure Travel Office for tickets and packages. Active duty military with valid military IDs can receive a discount when purchasing multi-day tickets at the front gate tickets windows at Universal Orlando Resort™. For more details about the parks, hotels, packages and more, please click here.

Krystel is the mom of two and an Army Wife. In addition to Army Wife 101 she is the Co-Founder of SoFluential.com a digital media agency that connects brands with the military market. She has appeared on MSNBC ,FOX LA and formerly was a weekly contributor to HLN's "Raising America". She has written for various outlets including Sheknows and Lifetime and is a big fan of cupcakes and french fries.
May 8, 2017 by Army Wife 101 | 0 comments