Being a military spouse isn’t like a romance novel, but I am married to a superhero and that’s pretty awesome. We’ve all seen that cute picture online quoting that not all superheroes wear capes, that some wear combat boots and dog tags. Well, I believe this to be true and that our soldiers are much better than any fictional superhero that the movie industry can dream up and place on the big screen.

Think about it, Batman and Superman are always taking off in the middle of something important while leaving their love interest dangling there waiting for their return. In our reality, our superheroes are off on a deployment or in training somewhere, and we are here eagerly awaiting their return. We are all married to a superhero but they are the ones wearing combat boots and dog tags, not capes or cool masks. Instead of a customized car, special vision, or a special state of the art dwelling, our superheroes have night vision goggles, guns, helicopters, Humvees, and sleep in war zones. Instead of a special costume or suit, our heroes wear camouflage and a dress uniform that will make your heart race because they look so handsome.

We all know that superheroes are fictional, but being fictional allows the imagination to run wild and create some extremely powerful things that no one is capable of doing. Our spouses are the real deal. They are flesh and blood and are beyond impressive without any special Hollywood effects. 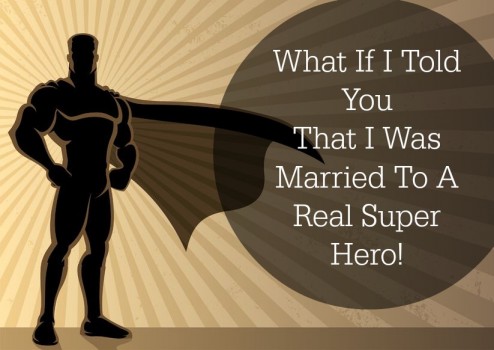 Our superheroes possess and show strength like no other. The long days, the stress, the additional training and crazy schedules – yet they persevere and continue to lead and do it well.

They take us to balls and we get all dressed up and enjoy a nice evening, while being swept off of our feet and our children want to be just like them.

There are obstacles, challenges, bad people, and tons of unpredicted things that the average person is not willing to risk their life for, but our spouses do this everyday. They continue to somehow overcome all of these challenges.

The true identity of a superhero is unknown to most, and the population only knows of this mysterious hero and not who they actually are in real life. Our spouses are the same. The world knows that soldiers exist, but wouldn’t know their identity of being a soldier if they bumped into them somewhere. The only way they might know our spouse is in the military is from the haircut.

So, am I married to a real life superhero? Absolutely! Am I proud to be married to this superhero? Yes! However, I realize that he is human, not Hollywood made, (just as all of our soldiers are) and truly is the real life version of a hero in my eyes. How lucky I am to be all a part of the journey?

What are your thoughts? Is your husband your superhero and are you happy to be on this journey? 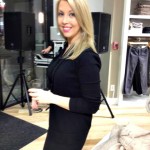 Krystel is the mom of two and an Army Wife. In addition to Army Wife 101 she is the Co-Founder of SoFluential.com a digital media agency that connects brands with the military market. She has appeared on MSNBC ,FOX LA and formerly was a weekly contributor to HLN's "Raising America". She has written for various outlets including Sheknows and Lifetime and is a big fan of cupcakes and french fries.
May 5, 2014 by Army Wife 101 | 0 comments