During the last few days we’ve heard about the Petraeus scandal. As I was reading a Facebook friends status she brought up a great point about how to a degree the media has our marriage all wrong especially in the wake of this unfolding drama involving leaders in high military positions.

Marriage is challenging period at times, and yes if you throw in the obstacles of military life it can be even more complicated. Nonetheless that doesn’t mean everyone in the military lifestyle is throwing away their marriages via infidelity and divorce. There are so many couples who have been brought even closer together because of the military.

I thought today was a better time then ever to share some of the top reasons why “Military Marriages Rock”! 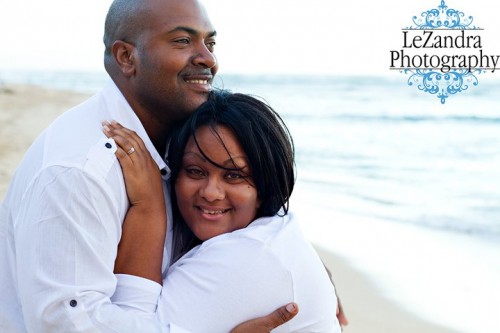 Although my frequent readers know how I felt about living in Hawaii, I also enjoyed the many early morning romantic beach days my husband and I got to spend together on the beautiful North Shore. Many couples we knew took advantage of living in such a beautiful place and renewed their vows there. Military get chances to live in places like Germany and Italy. These are the type of places with great romantic escapes and scenery. How often does the average American get to live in any one of these exotic destinations?

Yes, deployments , TDY’s and Field Training suck! The fun part about them is that we are just about the only people I know who get to frequently live the quote “Absence makes the heart grow fonder” and reunite with our spouses several times in a year. Every time my husband left, I realized I loved him more and more each time. I loved prepping for our reunions , even if it was only a mini one where he was gone a few weeks. When you’re away from someone so often you tend to think about them more especially if your relationship already has a strong foundation.

Deployments bring out the creative side in each spouse. Military couples are doing everything from romantic Skype dates to putting technology on the backburner and writing romantic snail mail letters. We are given the chance to express our love and commitment to each other all the time in the most unique ways. Because of our lifestyle we really don’t have a choice to do this but I personally feel that this is one of the most positive things that can come out of being separated so often.

Constant Affirmations and Reminders of Love

My husband recently told me that “during those times when we were apart is when he truly realized how much he is in love with me”. He says he begin to miss the small things that normally he would get annoyed by and also the small things I did that showed him how much I cared that he sometimes  took for granted because he was home and I did them daily.

For military spouses we know that when our partner deploys they are generally heading to “not so safe” areas  and as a result we are faced with that thought daily. As much as sometimes my husband would say something to tick me off , I never knew if that would be our last phone call and I learned how to control my temper and not blow up about pointless things. Being apart for many military couples does not draw them away from each other but instead draws them closer and makes each appreciate he other more.

Some of us are lucky enough to PCS close to immediate family but many military couples get sent to far out remote locations where seeing extended family does not happen often, if at all during the duration of their time at that duty station. While it can be rather lonely  , this is the time where many military couples learn the true meaning of being each others best friends. You spend a lot of time together and you learn so much more about your partner when you are forced to cope away from other parts of your family.

What are the reasons being married to someone in the military rocks for you?

Krystel is the mom of two and an Army Wife. In addition to Army Wife 101 she is the Co-Founder of SoFluential.com a digital media agency that connects brands with the military market. She has appeared on MSNBC ,FOX LA and formerly was a weekly contributor to HLN's "Raising America". She has written for various outlets including Sheknows and Lifetime and is a big fan of cupcakes and french fries.
November 15, 2012 by Army Wife 101 | 5 Comments