Home » Military Life » Deployment » How My Weight Affected My Life As A Military Wife…True Story
Deployment, Life with Armywife101, Medifast 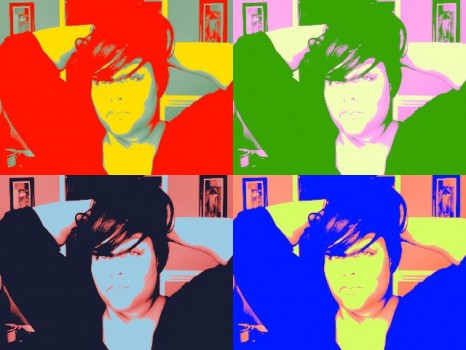 I promise you Army Wife 101 is not turning into a diet blog. But  I have talked about my weight so much because it did affect me as a military wife. Let me be clear I am not being dramatic and speaking of being made fun of by stupid people online who make assumptions that all military wives are fat.

My weight affected me in the military life because I begin to feel paranoid being alone, which as you know we do alot of. I truly started feeling the physical affects of my weight. This included weird feelings in my chest, becoming winded without barely moving and just a general feeling of unwell. These symptoms then manifested into anxiety and depression. Any and everything that happened to me physically I attributed to my weight.

Click Here to Read “War At Home: My Battle with Anxiety and Depression

Cosmetically speaking it wasn’t so fun walking around with a fit sexy former Marine turned soldier who worked out everyday. While he was lifting weights I was lifting the fork with that day’s recipe on it to my mouth. Thank goodness I married a Southern man who loves meat on bones hehe!

When we moved to Hawaii I so badly wanted to enjoy it for all it was worth. I mean come on we were freaking living in Hawaii, a place that some people only dream of ever going. Contrary to what I shared with you in my “Why I Hated Living In Hawaii” post, it wasn’t all just because I found Hawaii to be redundant and isolating. From the minute I stepped off the plane  I begin to feel issues with my breathing and my head. I constantly was having headaches and feeling pressure in my head and feeling dizzy. In addition there were times where I felt like my chest was tight and so forth. I was a mess. I knew it was mostly attributed to my weight but I was so frustrated with not ever being able to get a grip on my weight no matter what I did that I continued with unhealthy eating habits.

When my husband deployed (while we were stationed in Hawaii)  is when my weight really became an issue for me. The deployment itself was already tough enough , but the worry of something happening to me begin to creep up on me even more so.  Here I was an entire ocean away from family and any real friends I felt like I could depend on ,and all I could think of was me dropping dead in my house while the kids were at school. Who would pick them up, how would anyone know anything had even happened?

On top of all of this I felt like a horrible parent. I mean my kids were fed, clothed and loved but I often wondered was I doing enough with them to keep their mind off the deployment, or was I letting my fat issues get in the way of proper parenting.

Let me be clear that I am sure these are worries that alot of spouses no matter their size have when their other half is gone. My point is that my thoughts were even stronger because I knew I had one extra strike against me which was my weight.

I know longer want that feeling and that is why I am working so hard to shed these pounds.

I may not have full control of every situation but I do have some control over my weight.

Krystel is the mom of two and an Army Wife. In addition to Army Wife 101 she is the Co-Founder of SoFluential.com a digital media agency that connects brands with the military market. She has appeared on MSNBC ,FOX LA and formerly was a weekly contributor to HLN's "Raising America". She has written for various outlets including Sheknows and Lifetime and is a big fan of cupcakes and french fries.
June 10, 2013 by Army Wife 101 | 15 Comments