Home » Featured » It’s Here Married To The Army Alaska Premieres Tonight…Check My Interview With Some Of The Cast Members!
Featured 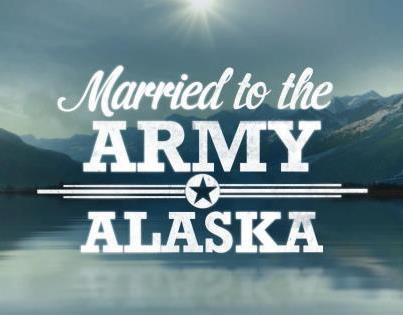 When “Army Wives” premiered six seasons ago on prime time TV, military spouses flocked to their televisions every weekend to watch a show in which they could relate to even though many aspects of it were fictional.

Now tonight  military spouse history is going to be made when for the first the time ,the United States Army allows cameras to go where they haven’t before with the new reality docu-series “Married To The Army: Alaska .

The show centers around seven military spouses living at Fort Richardson in Alaska and the everyday life and struggles they endure as they deal with the deployments of their spouses. While there will be some emotional times , I feel comfortable saying that the show does a great job of capturing a real and accurate glimpse of this diverse group of women’s lives.

I really had a chance to speak with 3 of the cast members and talk in-depth about the show and their involvement with it.

On Joining The Show And Accurate Depiction of Spouses

Co-Star Blair Flanagan the wife of a SSGT and mom of one year old Colin received word about auditions for the show from her FRG and thought ” That’s great that somebody’s doing that [show]” but initially deleted the email and went about her day. It was with her husband and girlfriends persuasion that she decided to fill out an audition application and the rest was history.

Sara Dunlap a former school teacher  ,the mom of two little boys Wyatt and Gunner and  married to SPC. Dunlap saw an ad for the show in the local Fort Richardson newspaper.  “I was so new to the military …my husband had just gotten out of basic training and there was so much that I didn’t know existed and that as a civilian I didn’t know how it all worked”. Sara felt like it was time for America to see what spouses endure beyond the happy homecomings shown on TV and the day to day of what happens in military spouses lives before we even reach the homecoming.

Rynn Randall the wife of a Major and the mom of four stated” That she wasn’t against being apart of this project because “through the deployments her and her husband have went through I always felt not understood or misunderstood by her family and friends”. She felt like this show would help other people to understand it better . She was surprised to get the call that she was cast.

“I can speak for all of us when I say that when we were going through the interview process , we all found ourselves worrying about ourselves while we were talking. You really don’t understand what your life is like until you take a step back and look at it for what it is. When you find yourself talking about your feelings on a day to day basis you come to many realizations about yourself. We were able to be very transparent and I think we will be relate-able to those who watch the show” says Blair.

Rynn added that this show was created to represent all different women, different ranks and diversity . She also says “though they may be in different places in their lives , she is grateful that the show has allowed her to know the other ladies from different units despite protocol and military tradition and hopes to remain lifelong friends with them”. 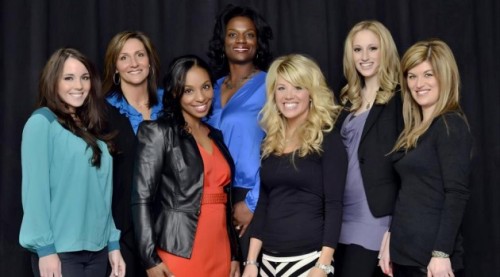 On Your Life Being Filmed During A Deployment

“Filming was therapeutic for me. Instead of internalizing our feelings, we were able to ask ourselves how are we doing? (each day)” says Sara.  Blair added in a thought that coincided with Rynn’s earlier comment:” Sometimes friends and family outside the military don’t understand what we are going through ( not intentionally). They don’t think to ask if we are having a bad day or what’s on our mind. It’s amazing how much better you feel when you are able to express yourself…instead of wondering if what you feel is okay or normal. Those thoughts we can’t control when they are deployed have been easier handled because I can verbalize them”.

Blair shares that girlfriends have been very supportive and from the clips of the show they have seen they understand why we are doing this and it means so much to them to have a voice .”Our biggest concern going into this was representing Army Wives as a whole in a positive manner”. “To hear it from my friends that we are doing a good job means the world”.

Rynn states “that for an Army Wife you want to be seen as a very strong tough woman that can handle these things and I think at different points in your life you go through different phases. I wish that this show was around ten years ago when I was feeling invincible because I feel that the show came when I was at my lowest point. I was like wow I’m going to have to share this with people who thought I was really strong and I was concerned with people maybe being disappointed in me. I have to say I have been surprised at the feedback I have received on Facebook from people who have seen clips of me on the show and the positive support I have received.

Individually each of the cast members said they hope they can contribute something and help someone even if it’s just one person. “If one person can relate to me and I can help them through whatever they are going through me then that’s all I need says Blair.” Sara ends off the interview hoping to show civilians a piece of their lives. Being that both her and her husband both has civilian careers beforehand and had no prior connection to the military beforehand , they had no idea of what they were signing up for.

You can learn more about Blair, Rynn and Sara and the rest of the Married to the Army: Alaska cast here

Married to the Army :Alaska begins its premiere tonight  with it’s series opener at 10/9c and a second episode Monday 11/19 at he same time.

Krystel is the mom of two and an Army Wife. In addition to Army Wife 101 she is the Co-Founder of SoFluential.com a digital media agency that connects brands with the military market. She has appeared on MSNBC ,FOX LA and formerly was a weekly contributor to HLN's "Raising America". She has written for various outlets including Sheknows and Lifetime and is a big fan of cupcakes and french fries.
November 18, 2012 by Army Wife 101 | 6 Comments

6 Comments on It’s Here Married To The Army Alaska Premieres Tonight…Check My Interview With Some Of The Cast Members!