Home » Featured » The Myth Of The Milspouse
Featured

Myths are everywhere but in the military community there seem to be alot of them. Many of them are geared towards military spouses specifically. These myths focus on everything from education , to how we raise our families, to relationship stereotypes and much more. 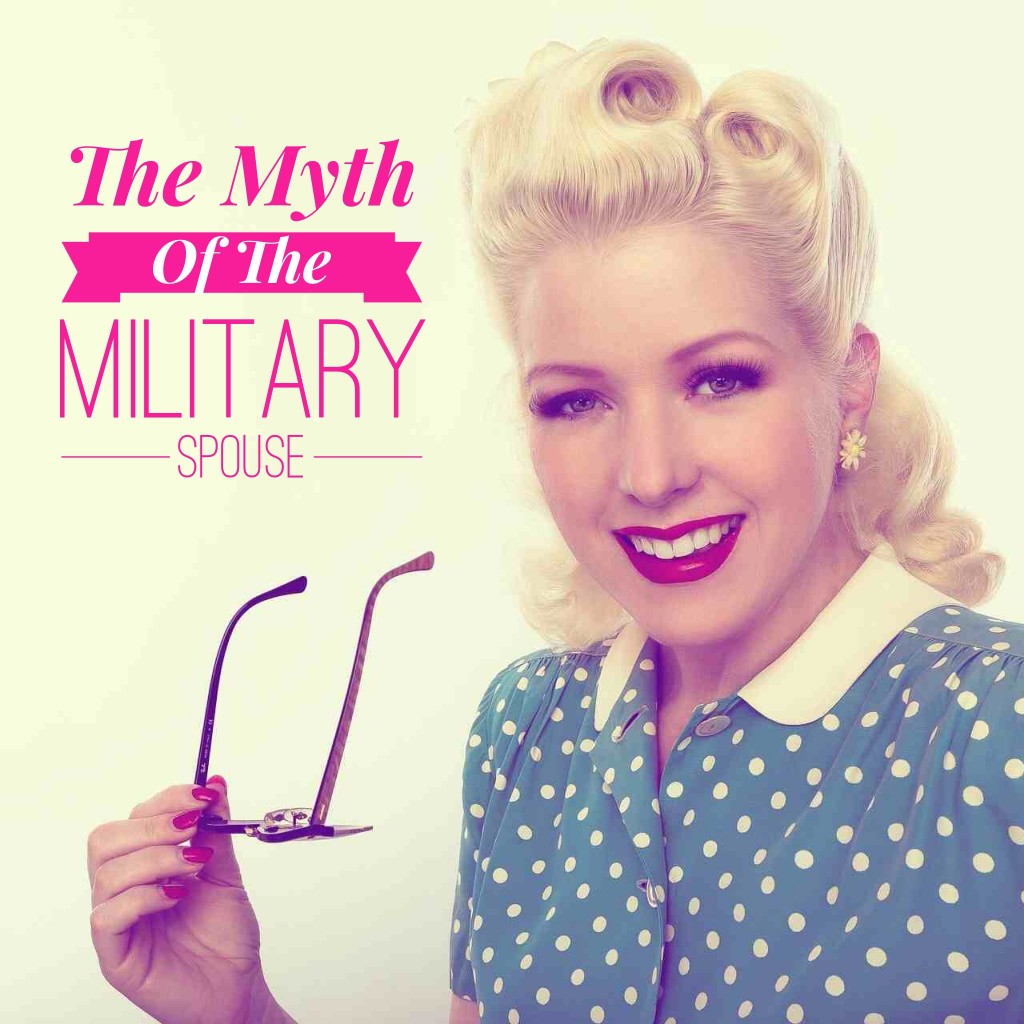 Three very common ones are:

I am always baffled at how we in our own community of spouses much less anyone else can deem all of us lazy. Our service members do certainly have it much harder with frequent deployments, stressful jobs, and TDY’s. However, for a military spouse manning the home front means (in some cases) taking care of the kids alone, tending to all the domestic responsibilities of the home, sending care packages, and keeping the mental sanity of your family together while your loved one is serving. Living in military housing has its own advantages and disadvantages.

2. All Military Spouses Stay At Home

Yes, in fact alot of military spouses do stay home. Because of the frequent deployments and separations a lot of military couples agree that it is easier for the non military serving spouse to stay home and take care of the homefront. There is nothing wrong with that! This however doesn’t mean that spouses just sit in the house. Many of us volunteer, assist at our kids schools, and create small businesses to help supplement income. There are also many educated working spouses who hold full time jobs and raise families just like anyone else.

3. Military Spouses Are Not Educated

This in fact is not true. I myself am a mil spouse who runs two successful businesses and attended college. My business partner and friend holds a masters degree (I think she may even hold two of them). There are many military spouses who are lawyers, doctors , hold positions in government and work in various fields . Let’s not forget the many mil spouse entrepreneurs on almost any military installation who own businesses and do well at it.

With that being said it’s important to keep a skill and/or education under our belts especially with all the recent talks of 40,000+ military members possibly being laid off. It will be essential to have a family plan for those “what if” moments.

There are a variety of colleges out there with degree programs and certificate programs. Let’s be honest everyone is looking to do four year programs. Some people wanted to quickly obtain a certification in a portable career. Many military spouses utilize this option to get the best bang for their buck with MyCAA. The awesome thing is there are schools like Martinsburg College that have been working with military for years and understand how to best help you put benefits such as MyCAA to use the right way. They offer certificate programs in various areas that mesh well with military life and living on or near a base.

If you simply want to talk to other spouses who are on the road to figuring out their career path, and maybe you just need some direction ,or simply have a question about how to utilize MyCAA then Martinsburg College has a great private FB group to assist in this.

To learn more about Martinsburg College and their programs of choice click here.

This is a sponsored post on behalf of Martinsburg College. All opinions are my own.

Krystel is the mom of two and an Army Wife. In addition to Army Wife 101 she is the Co-Founder of SoFluential.com a digital media agency that connects brands with the military market. She has appeared on MSNBC ,FOX LA and formerly was a weekly contributor to HLN's "Raising America". She has written for various outlets including Sheknows and Lifetime and is a big fan of cupcakes and french fries.
July 9, 2015 by Army Wife 101 | 2 Comments

2 Comments on The Myth Of The Milspouse