Before we moved or packed up our house, I was moderately stressed. Moving across the Pacific and then to the East Coast with two small kids plus a dog is, frankly, a logistical nightmare.

But I was mostly okay. Things got handled, no one had a complete mental breakdown and every member of the family arrived 100% alive.

The “before” is often talked about as the most stressful portion of the move: packing up the house, supervising the movers and packers, figuring out transportation for all humans/animals, etc. And I get it – this part is hard. Trust me, I was plenty stressed, too. 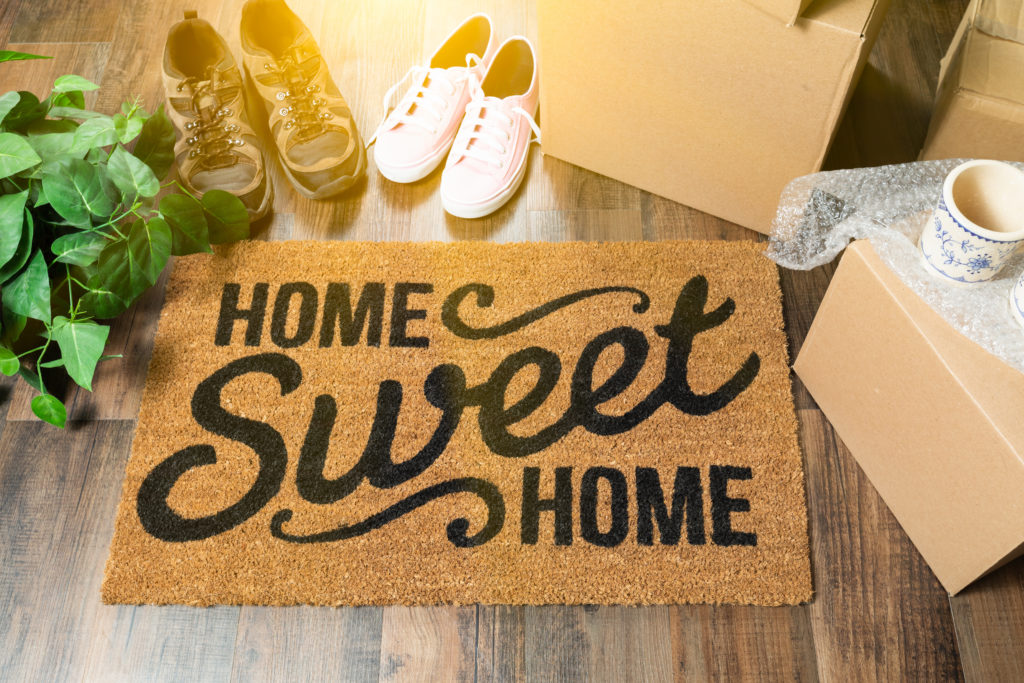 Why Aren’t We Talking About Post-PCS Unpacking Anxiety?

For me, the hardest part comes after my stuff gets delivered on the other side. I’m talking about post-PCS unpacking anxiety, but it doesn’t seem like anyone else is having this conversation. At least not out loud or in digital/print media.

Unpacking all my stuff is what honestly causes me the most stress during PCSing. This year, we got not one but three separate shipments – UB, NTS, HHG. Three different groups of our stuff, triple the opportunities to discover missing or broken things and so many boxes. Just boxes, everywhere boxes.

After our last and largest shipment, the HHG from Japan, I literally just sat on my couch and stared. I had to do some deep breathing exercises and fight against a panic attack. Honestly, I was kind of on the brink of panic for the week it took me to fully unpack and organize all our HHG stuff.

Why does unpacking my stuff cause so much anxiety? Like, what’s the deal?

All the Things in All the Places

I have issues with clutter to begin with. Okay, rephrase: I have issues with unorganized clutter, like things just thrown in places without an obvious rationale. Perhaps, maybe, like my husband’s camis taking up residence on the couch every night when there is a perfectly good hook or closet mere steps away.

During unpacking, my issues with clutter ramp way, way up. As each new box is unpacked, the clutter spreads through my home. Stuff lingers on every flat surface available. There is no rhyme or reason to where things are landing. Then they just sit and sit and sit and sit.

This stresses me out. I want to be able to unpack, organize and put away immediately. Unfortunately, that’s not possible post-PCS.

Our Summer 2019 PCS saw my kids weaving through a maze of packing boxes for over a week total as we slowly unpacked. Having the boxes there, the stuff in random places and no order really bugs me.

Ever unpack a box and literally just go, “Ugh, why?!?!?!” Yup, that was me about a million times unpacking our multiple shipments.

Remember, we hadn’t seen about 1/2 of our stuff in about three years. It was stored in SoCal since 2016! There were some fun surprises and lots of duplicated items. Plus an internal process to really, truly purge stuff before our 2022 PCS.

Okay, great, that’s not unusual, right? Yeah, it’s not. But how we handled it didn’t lend itself to decreasing my stress.

My first instinct was to just create a giant box to donate, tossing in those duplicated items or stuff that we no longer used. I just wanted all that stuff out of my house, ASAP. If I didn’t miss it for three years, if it was a duplicate item (2+ of each size saucepan, 3+ soup sized pots…) or if we just didn’t have a use for it, I put it into the donate.

Unfortunately, I had a few family members who wanted to linger over each thing, to really consider each item before it left our house.

And so the stuff lingered. Three separate partially complete dining sets just sat. Random knickknacks that we just don’t have space for hung around longer than preferred.

Having the extra stuff there, for someone to “think over” before I put it away was stressful. Eventually (48 hours, max, for each box to be “considered”), I just handled the donation. The stuff left, no one noticed. Problem handled.

Truth time: this was our hardest unpack, ever. In a decade of military life, PCSing has never phased me too much. Yeah, the logistics and unpacking were not pleasant, but also not terrible.

This time, I had a two-year-old and a five-year-old, plus a dog, and almost zero spousal help. He was back at work for most of the unpacking, so I handled it all. Well, full disclosure, I left his boxes and tech stuff for him to handle. Because unpacking for three people, plus all the shared household items and decorating seemed like enough for one person to do.

As I’m trying to unpack, I’m also juggling getting the kids all the snacks, running interference for sibling squabbles and remembering to take our pup for a walk. Somehow, everything from the largest shipment was unpacked and put away in about a week. Pictures were up on the walls and things were semi-organized, kind of. Hey, it wasn’t a total PCS disaster zone, just a minor mess. I’ll call that a victory.

But trying to do all the unpacking while parenting kids and pets, plus attempting to work while also running the household, was very stressful.

All three factors combined created the perfect storm for a post-PCS unpacking anxiety attack. I sat and stared at the endless work for longer than needed. There were definitely a few bottles of wine consumed and more than a few cuss words muttered under my breath. Fine, I shouted them and then told the kids to not repeat the really bad ones ever.

But I felt like I was alone in feeling so stressed out by unpacking and organizing mostly solo. No one is talking about how hard this is!

I want to have this conversation in our community! And figure out how we can create grassroots supports for newly arrived families. Like maybe babysitting swaps? Empathetic wine delivery? Because I’m ready to not feel so crazy stressed about my PCS in 2022.

Do you get super stressed about the unpacking process? What are your best hacks to combat the anxiety?

Meg is a military spouse, teacher, writer, and mom of two MilKids. She is an education blog and coaching/advocacy service focused on military families. Meg's mission is to help families understand and navigate the K-12 world. She provides timely posts, timeless advice, and personal assistance to families with school-aged children. You can find Meg online at megflanagan.com and @MegFlanaganEducation

Meg is a military spouse, teacher, writer, and mom of two MilKids. She is an education blog and coaching/advocacy service focused on military families. Meg's mission is to help families understand and navigate the K-12 world. She provides timely posts, timeless advice, and personal assistance to families with school-aged children. You can find Meg online at megflanagan.com and @MegFlanaganEducation
September 24, 2019 by Meg Flanagan | 0 comments