Home » Featured » 10 Surprising Ways To Make Homemade Meals When Base Lodging Has No Kitchen
Featured, PCS'ing

Some of our posts contain affiliate links and we may earn a commission through them.

Some years back when my family and I PCS’ed to Georgia, we got spoiled by our two bedroom suite in base lodging with a fully stocked kitchen that we resided in while waiting for housing. Even though I was tempted to eat the yummy fried fish from the Popeye’s on base everyday, I loved that I could cut down on costs by making meals in our room. When we PCS’ed to Hawaii we weren’t so lucky. We had a regular hotel room with no real kitchen outside of a microwave and fridge and pretty much were forced to eat out at least for dinner.

I had two kids and I felt horrible feeding them fast food often!

Let’s be honest eating out is fun, but there’s nothing like homemade food.

With PCS Season around the corner here are some handy items to bring with you or buy if you know you may be in military lodging a while. 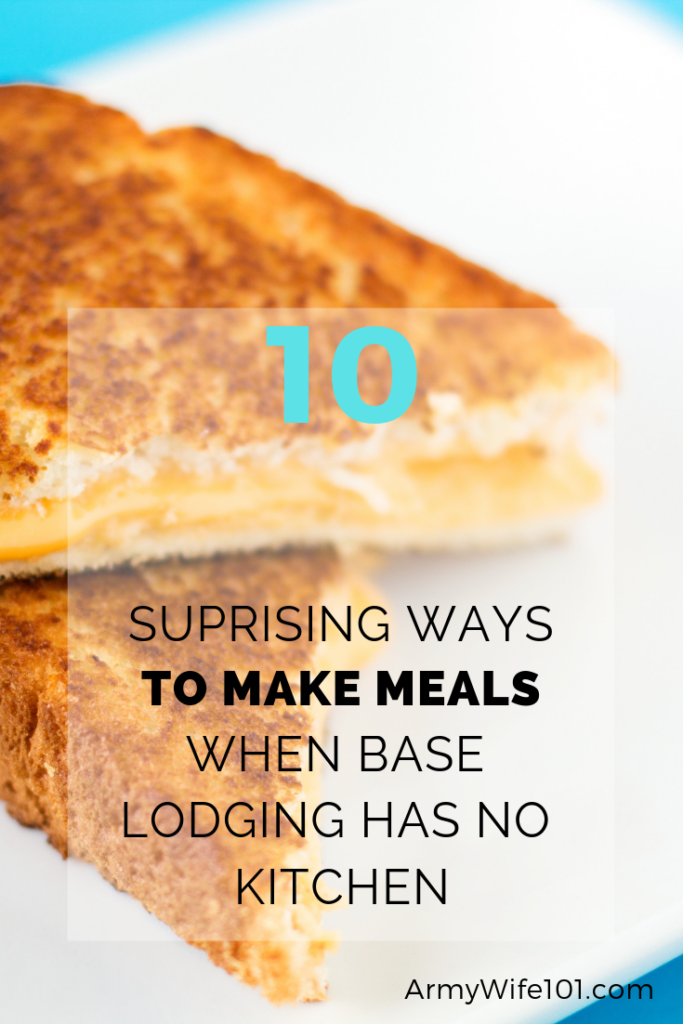 A crockpot is one of the best items to bring or purchase. They are super affordable and on Pinterest there are a ton of easy 3 to 5 ingredient or less recipes that you can make. The best part is, it doesn’t require any other pots or pans. Just dump items in the pot and let it go until done.

An Instapot is a crockpot as well except it can do all the things. You can boil eggs, cook rice, use it as a pressure cooker, make cakes and so much more. If you have this you can essentially make breakfast, lunch, and dinner in a pot without any real cleanups. If you have this you don’t need anything else.

You can buy Crockpot liners to place in your crockpots so that when you are done you just pull them out and throw away. No having to wash dishes!

This is something I literally use for everything in my house because it’s so much easier and you can cook in bulk. A griddle is amazing for cooking pancakes, scrambled eggs, burgers, quesadillas, sauteed veggies and so much more. Cleanup is pretty easy because it’s usually nonstick.

Ever watch those Tasty videos on Fb where they are cooking on a one burner cooktop? These are pretty light weight and would be a great way to make pasta sauces, veggies, or fried meats. Most of them come with a frying pan like this one.

If you’ve got leftovers from eating out you might want to purchase a Micro Crisper pan. Who wants soggy left over pizza or fries when you can have them crispy in the microwave using this item.

Thanks Kesha over at She Swank for reminding me about this amazing invention because bacon is life! You can buy 72 precooked bacon slices here. 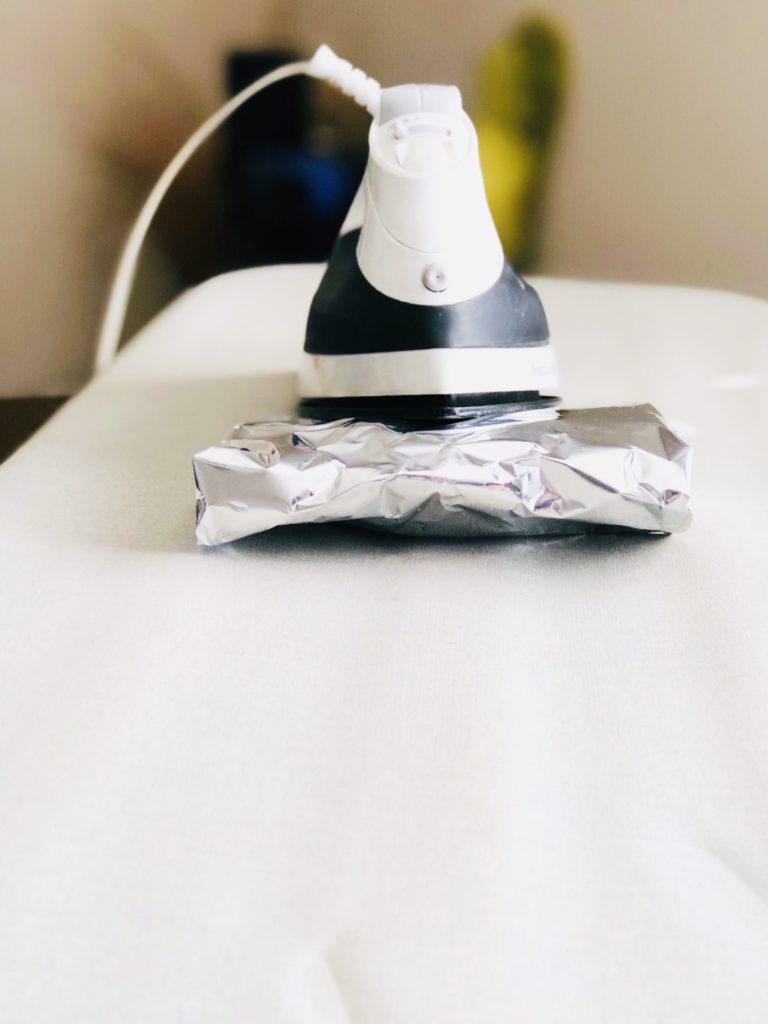 Tinfoil is your Best Friend

Want to make a hot sandwich or grilled cheese? Wrap a sandwich with spreadable butter on the outsides of the bread in foil or place a piece of tin foil between the iron and bread and press down. Wallah grilled cheese please! You can also use this to make toast.

Apparently there are tons of recipes that can be made in your rice cooker like boiled eggs, oatmeal, and chili. Check out these rice cooker friendly recipes here.

If nothing else most hotel rooms come with coffee pots. We’d suggest some thorough washing of these items before we used them, but if times got really tough you apparently can boil eggs, make hotdogs, steam veggies and a number of other things in your handy dandy hotel room coffee pot. See some easy recipe ideas here.

Krystel is the mom of two and an Army Wife. In addition to Army Wife 101 she is the Co-Founder of SoFluential.com a digital media agency that connects brands with the military market. She has appeared on MSNBC ,FOX LA and formerly was a weekly contributor to HLN's "Raising America". She has written for various outlets including Sheknows and Lifetime and is a big fan of cupcakes and french fries.
March 13, 2019 by Army Wife 101 | 0 comments