If you’re in Fort Bragg or the surrounding areas then chances are you’re enjoying the sun and nice weather. If you are looking for a cool new place to eat or somewhere cool to go this weekend then we have got you covered with these deals and happenings. If you use one of the Groupon deals don’t forget to use code WELCOME for $10 off any purchase of $25 or more. 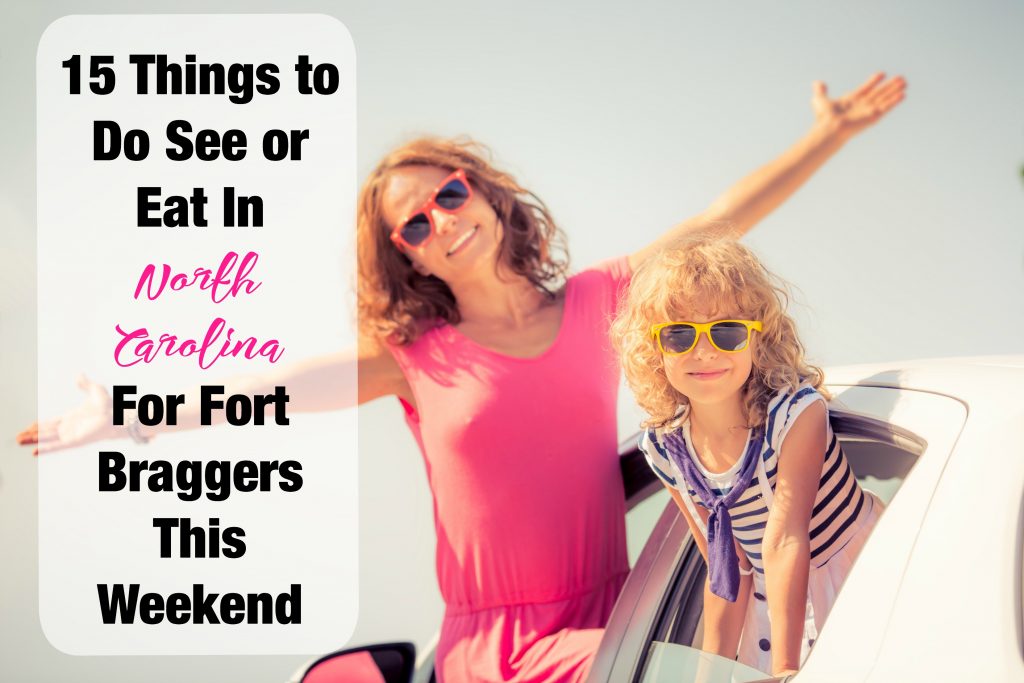 Zip Quest- If you want to stay local head on over to Zip Quest in Fayetteville, NC (right off of Ramsey St). Experience zip lining over Carver Falls, a waterfall and tree tops. If you are really brave try their Night Quest package if you dare. The popular Canopy Tour zip line package is $85.00 per adult. There are other options and military receive a $10 discount. Visit ZipQuest.com to learn more and book online.

Carolina Ziplines – If you want to take a 2 hour road trip then head on over to Carolina Ziplines. This week Groupon has a deal where 2 people can zipline for just $96. If you have a group of friends the four of you can fly over the forest of North Carolina for $180 total. Grab that deal here.

North Carolina Aquarium- The NC Aquarium at Pine Knoll Shores will give you a reason to head out near the coast of NC this weekend with their special admission deals.  Visit over 93,000 sq ft of the world’s aquatic environments where guest will see real life otters, a replica of the 1942 German U-Boat that sank off the coast in the Living Shipwreck Exhibit , stingrays and much more. Grab up the deals below here.

Grab up one of these deals here.

Raleigh Rd Outdoor Theater– Would you believe me if I told you that we have a drive in movie theater? We do and while its about an hour away from Fayetteville, the deals that include food make it oh so worth it. While their $13 package for 2 that includes sodas and popcorn is sold out-a family of up to 7 people can all go watch a movie for only $26 TOTAL! This doesn’t include food but leaves you enough budget to grab a popcorn and since you are in the car you can bring your own beverages. This deal ends tomorrow so I would grab it up HERE now if I were you.

Escape Room Fayetteville- I don’t know about you, but I love pretend. I’ve had the privilege of doing these Escape Room scenarios before and they are soooo fun and gives you a chance to see what would happen if it put into a scary scenario. Different locations have a variety of scenarios. It’s up to you to get out of the room before killer gets back, the zombies get lose and many more. And would you believe right off of Sycamore Dairy Rd in Fayetteville we have our own Escape Room. Yu can book online and prices start at $26 per person. Learn more here.

Amaze Room Escapes- If you’ll be in Raleigh this weekend and want to try this escape room thing then Amaze Room Escapes is offering deals on their “Prison Break” and “Mysterious Room” escapes. “You and your teammates must work together to find clues and solve puzzles to escape a mysterious themed room.” Grab the below deals HERE.

Great Wolf Lodge- I am a huge fan of GWL, but its not somewhere we can often due to the pricing which usually starts at about $300+ per night. In case your not familiar I did a whole review on this resort and huge indoor waterpark HERE. While you can’t use this deal until July I had to tell you to jump on their weekend package deal where for $169 a family can stay in their Charlotte Resort for one night and two nights at $399. This includes wristbands and access into the indoor water park. The two night stay includes a $25 resort credit . That’s a DEAL! Grab it up HERE because it expires in 13 days.

Land Of Oz– This 1970’s theme park was only open for 10 years. It was abandoned and is now a major attraction that only opens once or twice a year. The park once held Emerald City which housed Dorothy’s actual dresses from the movie and people are flocking to it to see the real yellow brick road. If you are Wizard of Oz fan then you can understand why tickets are already sold out this week and you will need to jump on Monday June 13th to try to get tickets for the next set of tours. Watch more about it below and visit http://www.LandOfOz.com for details.

Aviator Brewing Company- Enjoy a tour and sample a tasting from over 16 varieties of ale. Grab the below deals HERE and hurry because these deals end tomorrow :

Aberdeen Brewery-Nearby in Aberdeen located 26 miles from Fayetteville, guests can get an even cheaper deal with the following. Grab the below deal HERE.

Zaxby’s Smithfield- Head on out to the Carolina Premium Outlets in Smithfield to do alittle shopping and stop for lunch at Zaxby’s with this really cool below deal which you can GRAB HERE.

“Most popular meals” include the following options:

See more date night and local things to do here.

Krystel is the mom of two and an Army Wife. In addition to Army Wife 101 she is the Co-Founder of SoFluential.com a digital media agency that connects brands with the military market. She has appeared on MSNBC ,FOX LA and formerly was a weekly contributor to HLN's "Raising America". She has written for various outlets including Sheknows and Lifetime and is a big fan of cupcakes and french fries.
June 10, 2016 by Army Wife 101 | 0 comments