I love reading and am an avid book reader. Okay maybe I am no longer an actual book reader but more like kindle reader. The point is I love to read and when I entered in this military life I wanted to get my hands on anything that could give me a better understanding. Of course there are forums and Facebook groups but there is nothing wrong with having some kind of a go to guide that you can refer back to. 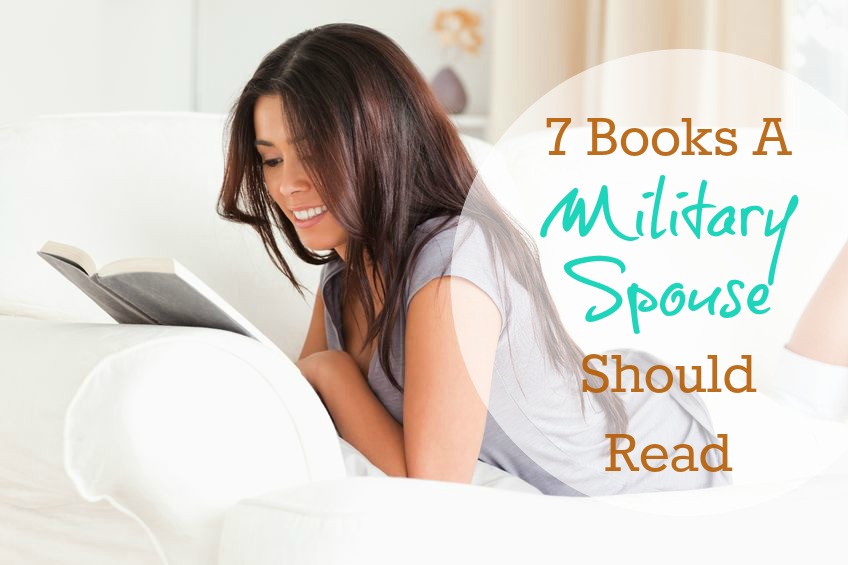 I’ve compiled a list of books for military spouses new and old. Some of them I have read and some I haven’t, but I can assure you the advice and the stories in them are valuable and helpful.

This was an amazing book and I have read it twice. It shares stories from military wives in all aspects of the lifestyle. Stories include those from military wives decades ago, spouses who have lost their husbands at war and much more. This is a book full of lessons taught through beautiful and true stories. It’s a definite tear jerker so get the tissues ready.

2. A Year of Absence: Six women’s stories of courage, hope and love

“A Year of Absence follows the lives of six women whose husbands, all members of the U.S. Army’s First Armored Division based in Germany, deploy to Iraq in April 2003. A young lieutenant’s wife comes dangerously close to alcoholism. Marriages are pushed to the breaking point by the constant strain of fifteen months apart. Each morning the women anxiously scan the headlines, wondering if they still have a husband, if their children still have a father. Some form friendships that become their lifeline. Others somehow find courage despite their isolation. Through tearful goodbyes, long-awaited communication from the front, and joyful yet troubled reunions, A Year of Absence captures what life is like for many families of deployed soldiers”. (via Amazon)

3. The 5 Love Languages Military Edition: The Secret to Love That Lasts

4. Intro To Army Life: A Handbook For Spouses and Significant Others Entering The Army Lifestyle

Allison actually sent me this book and if it was smaller in size it would be the best go to guide for any question you have.
Allison’s engaging personal narrative and stories are infused into this practical handbook that also includes: Things to learn, understand and accept, Army hierarchy and social structure, military particulars, tips for dealing with deployment and the resulting emotions, military ID perks, the affects of rank, top Army acronyms and other strange words, understanding military time, USO services, benefits and pay, PTSD signs and symptoms, resources for military children, and advice on how to find military discounts. You’ll also find amusing facts, such as where the term ‘military brat’ originated.

For seven season many of us gathered in front of the TV every Sunday night to indulge in the problems and happenings of Army Wives on Lifetime. Well that was the fictional spin on it but you MUST read the book that the show was inspired by. OMG I read it way before the show even came out and I couldn’t put it down. It takes place at Fort Bragg and if you live here you will weirdly find interest in locating areas where the stories in the book takes place. Sidenote: the woman who inspired Claudia Joy’s character is very real. 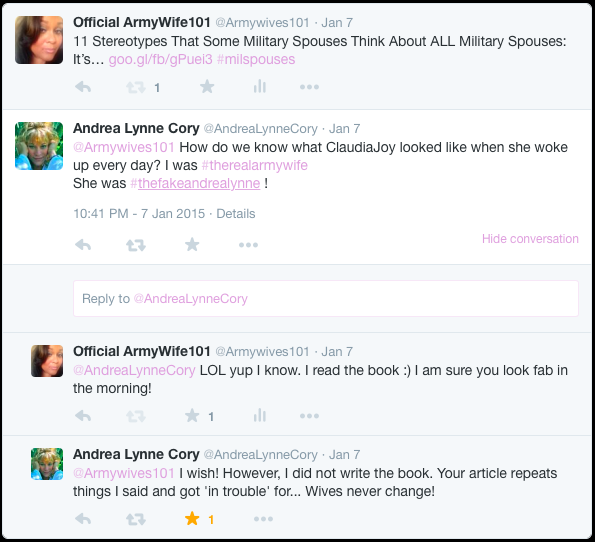 6. American Wife: A Memoir of Love, War, Faith, and Renewal

While this book hasn’t released yet Taya Kyle is an extremely strong woman and I admire her alot. Her new memoir discusses life as a military spouse and her with her deceased husband Chris Kyle the man behind the Academy Award winning movie “American Sniper”.

7. The Complete Idiot’s Guide to Life as a Military Spouse

This is a great read for new military spouses. Since the military and its rules change so much some of the info maybe a bit outdated however the general outline is great info to know.Todays military has changed dramatically?and spouses need to be prepared. Approximately half of our 1.4 million fighting men and women are married. And for a military spouse, information and support are not easy to find. Included here is:
How to enroll in the Child Development Homes program
What to do before a permanent change of station (PCS)
How to prepare for the deployment?and the return?of a spouse
Easy ways to calculate benefits, allowances, and special pays.

The era of dusty, outdated military wife handbooks are over!Modern Military Spouse is entirely focused on sharing everything you need to thrive as a military spouse or significant other in today’s world. Written by bloggers JD Collins (A Semi-Delicate Balance), Lauren Tamm (The Military Wife and Mom), and Jo (Jo, My Gosh!), the book includes 14 comprehensive chapters, giving you a step-by-step guide for succeeding in military life. The three authors share their experiences and offer advice for a variety topics and obstacles including maintaining your relationships with far-away friends and family, PCSing across the globe, getting an education and having a career, and figuring out what being a military significant other means to your life. The book also comes with free printables, a military life resources section, and a glossary of terms, abbreviations, and acronyms that every military spouse needs to keep on hand.

Krystel is the mom of two and an Army Wife. In addition to Army Wife 101 she is the Co-Founder of SoFluential.com a digital media agency that connects brands with the military market. She has appeared on MSNBC ,FOX LA and formerly was a weekly contributor to HLN's "Raising America". She has written for various outlets including Sheknows and Lifetime and is a big fan of cupcakes and french fries.
March 20, 2015 by Army Wife 101 | 2 Comments

2 Comments on 7 Books A Military Spouse Should Read