Home » Featured » Attention Military Spouse Walking Dead Fans: 5 Items Your Soldier Has To Help You Survive A Zombie Apocalypse On Base Plus other Survival Tips
Featured, Onpost Living 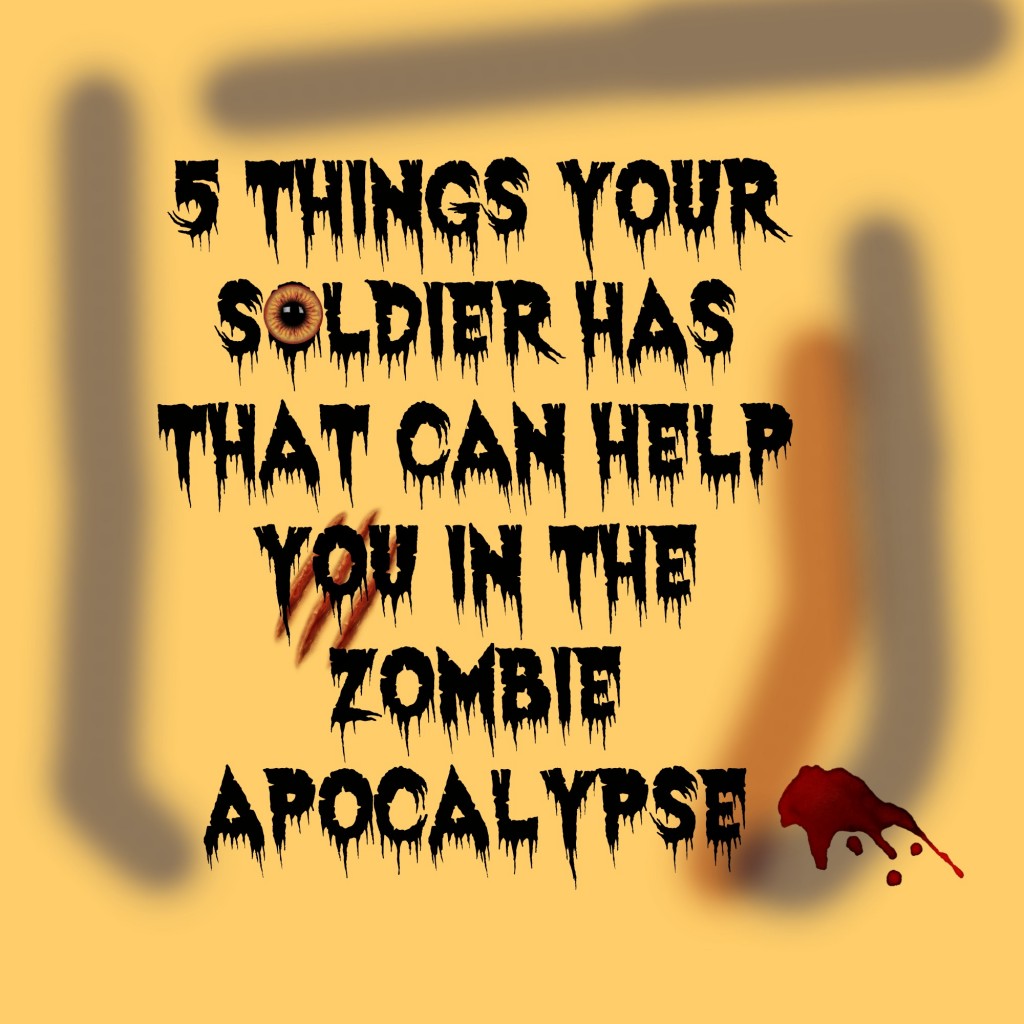 Long before “The Walking Dead” I was engrossing myself in zombie flicks such as “28 Days Later” “Dawn of The Dead” and  “Shaun of The Dead” etc. As a military spouse who was left home frequently thanks to those damn deployments and TDY’s, I had a lot of time to think and think and over think.

When I became hooked on “The Walking Dead” I couldn’t help but to think, what if some shiz like this really broke out on post. What if one night I woke up and half the barracks were full of zombies coming towards the housing areas and only a few of us spouses were left to fend for ourselves until we could get off post and possibly to a safer area.

I came up with the below survival tips that could be of use to you in the case of the unthinkable.

Click Here To Read “4 Reasons Living Onbase Can Help You In the Zombie Apocalypse”.

* MRE’s. (Usually your soldier has extra left over from being in the field). MRE’s last for years and years so this is your best bet.

* Camel Backs: These are those backpacks that store water with a straw that clips to your collar. Every time my husband was deployed he was issued a new one so you should have one stored away if your spouse has been deployed several times. This will give you your water source and will also free up your hands for when it’s time to fight because you will have to fight!

* Pocket Stove: This metal contraption is small and will literally fit in your pocket. It has some type of heating element that can be used to warm up canned food. You won’t be able to make a Thanksgiving meal on it but during a zombie outbreak you will be glad just to get warm food.  I believe the Army stopped issuing these a while back but if your husband has been in since the 90’s like mine then he may have one. If not you can get something similar at Walmart or your local camping store.

* Military Poncho: The military ponchos out now are big enough to create a over head shelter. Some come with a para cord and can be tied between trees or anchored down. Chances are you won’t want to sleep outside but honestly an open area where you can see everything is probably the best place to be. On a military base there is plenty of open field so this will come in handy.

* Military Survival Knife: Everyone should know that the only sure fire way to kill a zombie is to stab it directly in the head and through the brain. Any long sharp item will do though as long as you get that direct aim to the head. You should be able to find this in your soldier’s tuff box! 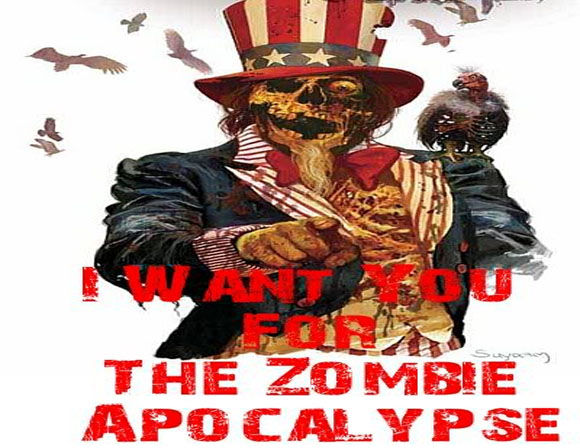 In any emergency the first 48 hours is the most crucial time. At this point once a zombie outbreak has happened panic will occur and you won’t have any idea who has been bit right away so staying indoors will be essential. During this time there will be a lot of confusion so you want to make sure you secure yourself in your house and make sure you have enough supplies to last anywhere from 48-72 hours. A weeks worth would be better.

Stay Away From The Commissary

While in an event like this you would want all the food and essentials, the commissary is one of the most populated place on post. Ration out those MRE’s.

Keys And A Screw Driver

Keep your keys under your pillow along with a screw driver in case you need to stab a zombie in the head to get out of your bedroom. Keep keys handy in the event the safest place is in your car.

Underpopulated Area On Base

Lastly if for some reason the car is the safest place and you can’t get off post  drive to one of the under populated areas on base such as a field where you can openly see everything. Normally training areas will have bunkers so you can use those as temporary shelter.

What other tips do you have for surviving a zombie attack on base?

Krystel is the mom of two and an Army Wife. In addition to Army Wife 101 she is the Co-Founder of SoFluential.com a digital media agency that connects brands with the military market. She has appeared on MSNBC ,FOX LA and formerly was a weekly contributor to HLN's "Raising America". She has written for various outlets including Sheknows and Lifetime and is a big fan of cupcakes and french fries.
March 8, 2013 by Army Wife 101 | 6 Comments

6 Comments on Attention Military Spouse Walking Dead Fans: 5 Items Your Soldier Has To Help You Survive A Zombie Apocalypse On Base Plus other Survival Tips