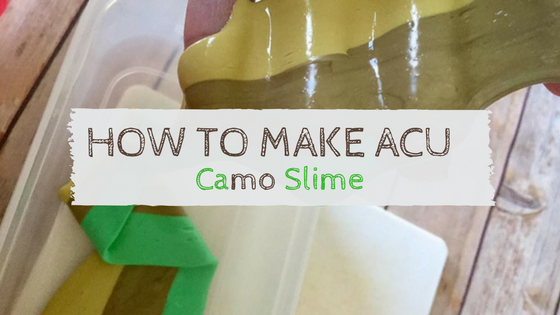 Slime has been all the rage this year. This Summer moms and dads spent countless dollars buying large tubs of glue and liquid Starch or borax in preparation to make large batches of slime. I had to jump in on it and of course figured a batch of camo slime would be the best option for military kids.

I’ll be honest in my household it wasn’t just the kids enjoying this “slime thing”. I found that making the slime was calming and playing with it was literally therapeutic. In fact, I started thinking that with proper packaging this could be a could item to place in a care package if your loved one is deployed. When I saw my husband in an almost trance like state shuffling the slime from hand to hand, I knew I was right!

We decided to hop in on the Slime fun and make a batch of slime that resembles the Army’s current ACU’s. Of course getting colors to be precise is challenging, but I promise the kids will love it and so will you. 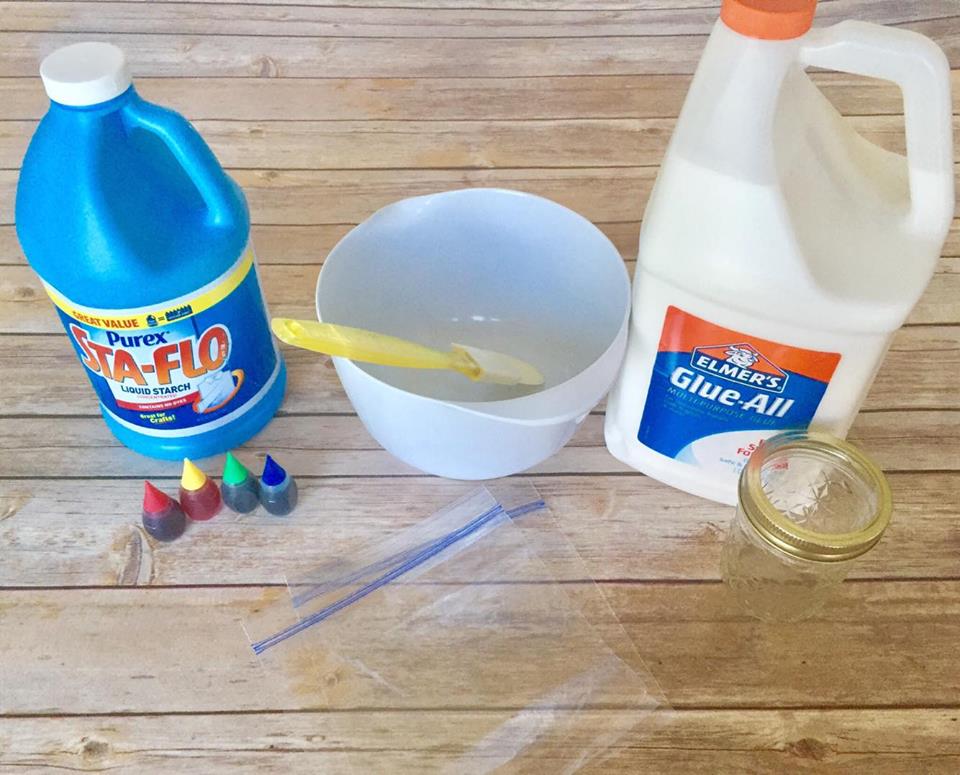 pack of food coloring to include red, green, yellow and blue

ziplock bag for storage or jar that seals 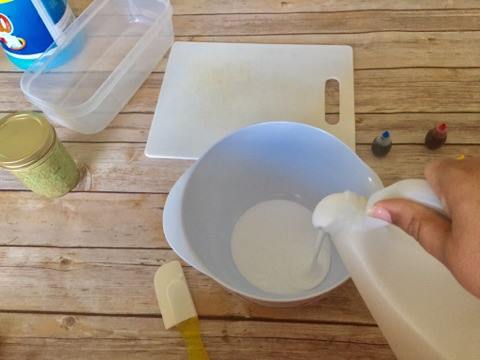 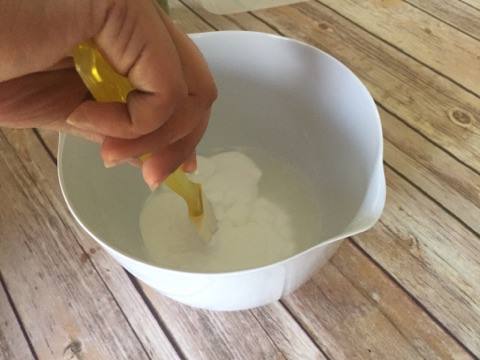 Begin by pouring glue in the bowl and then pouring in liquid starch.  As you begin to stir you will see that the slime begins to form right away. Keep stirring and once your mixture is completely mixed begin to knead in your hands. Slime may feel extremely sticky. If that is the case add more liquid starch, stir and then knead again. 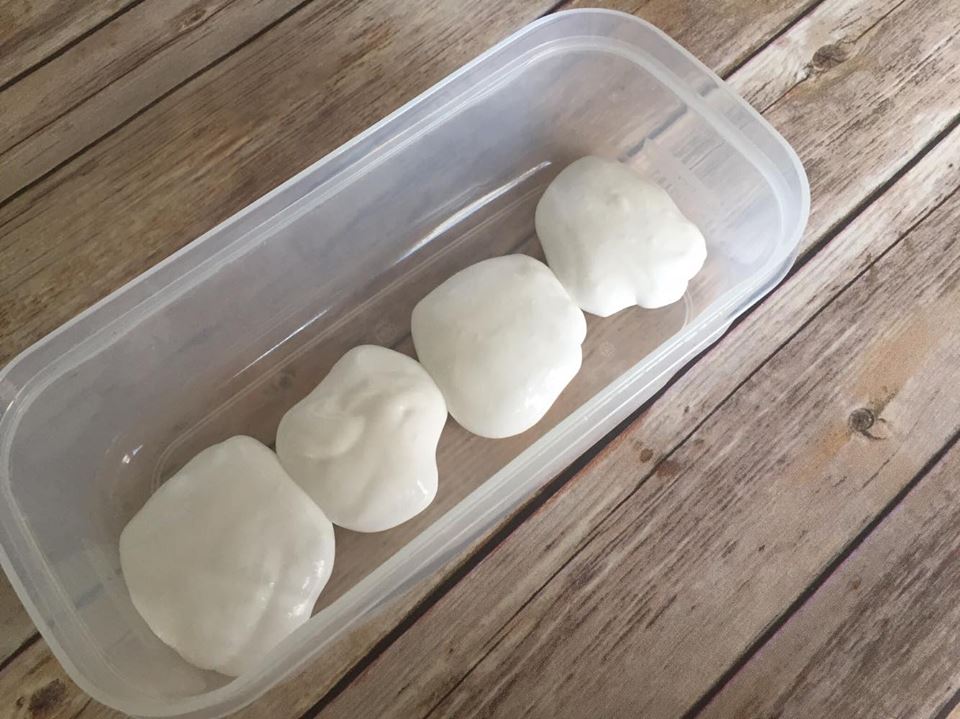 You will have one giant ball of white slime. Remember slime will stick to your hand which is why it’s so important to stretch and toss it from hand to hand like pizza dough which will give it a more solid feel.  After you get it to a nice consistency break it into three or four pieces. 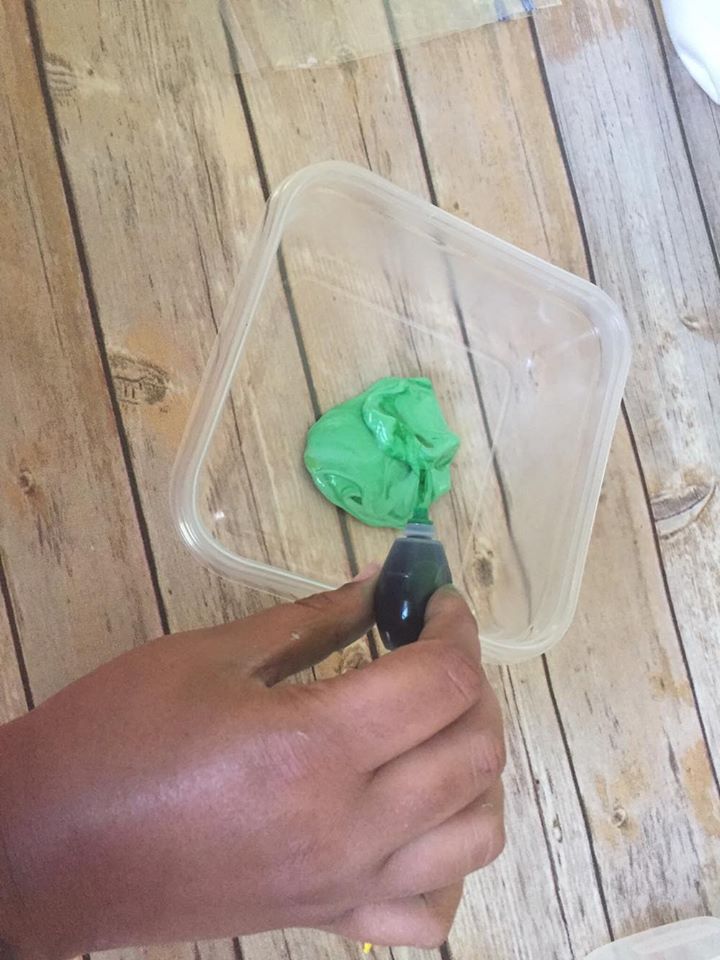 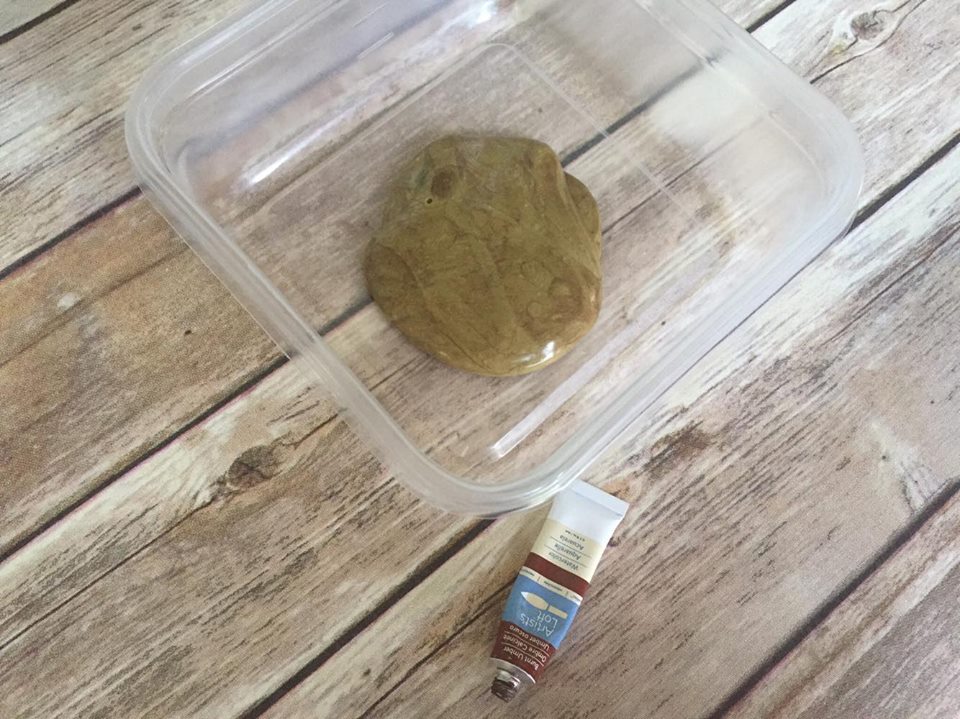 You will begin to color each piece. First, we made an attempt at tan which is one drop of red to about 10 drops of yellow food coloring. We then added a very small drop of blue. Keep kneading the slime in your hand to mix the color until you get the shade you want. Add more coloring if necessary. For the brown portion of slime, we did the same thing, but you will need to play around with the red, yellow, and blue combo. However, we wanted it really brown so we used a few dots of brown watercolor paint. Of course, the green was easy and we just kept adding green coloring until we got our desired shade. 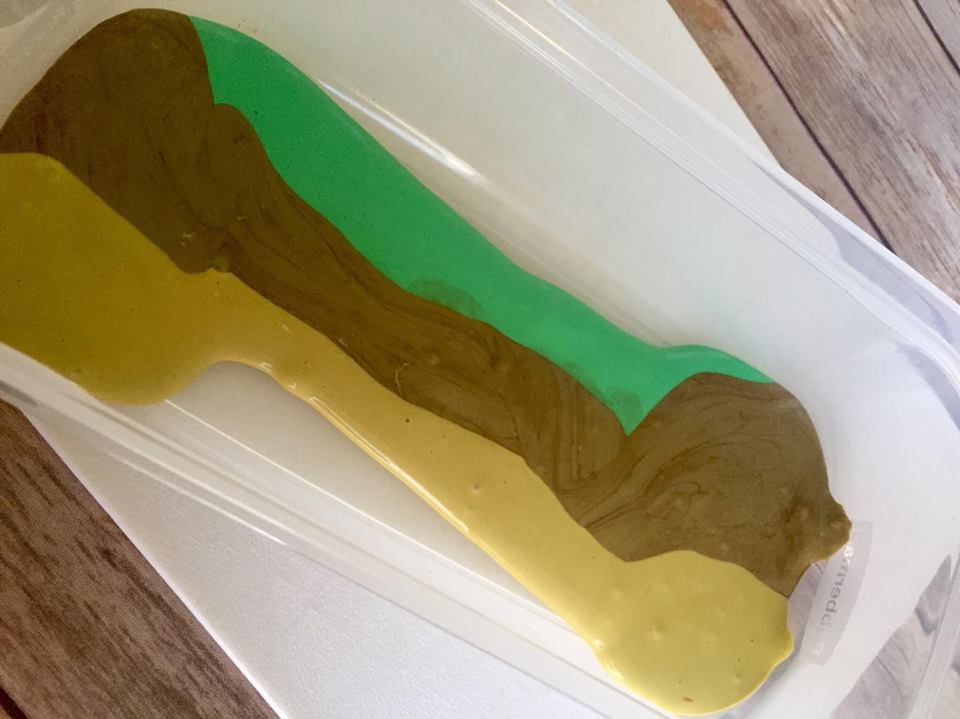 As I colored each piece I laid it out flat until I was done. 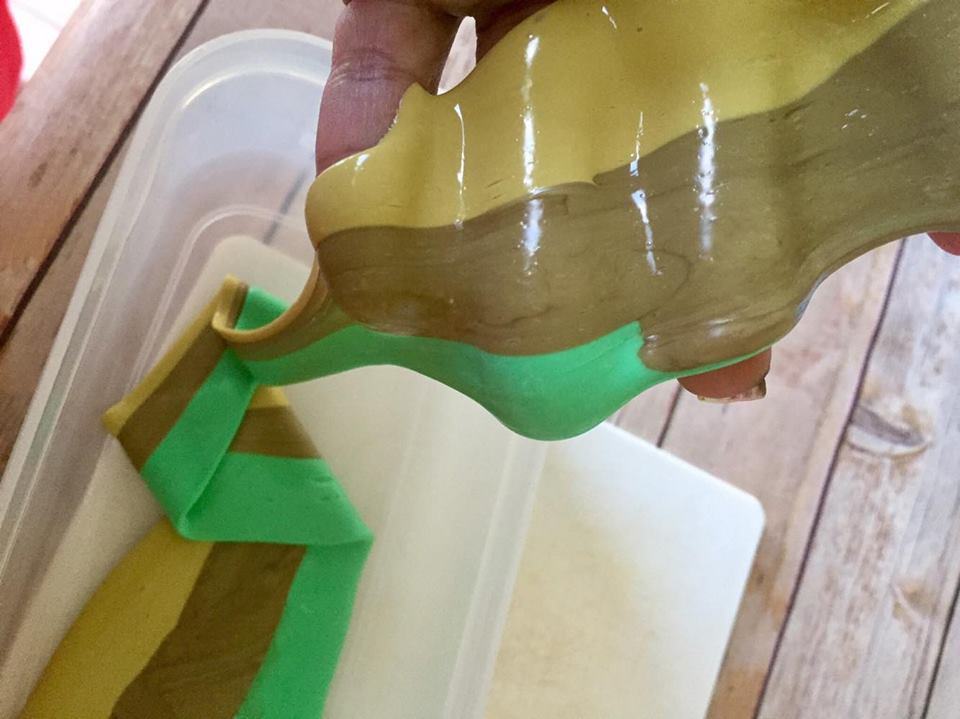 The result was the above. 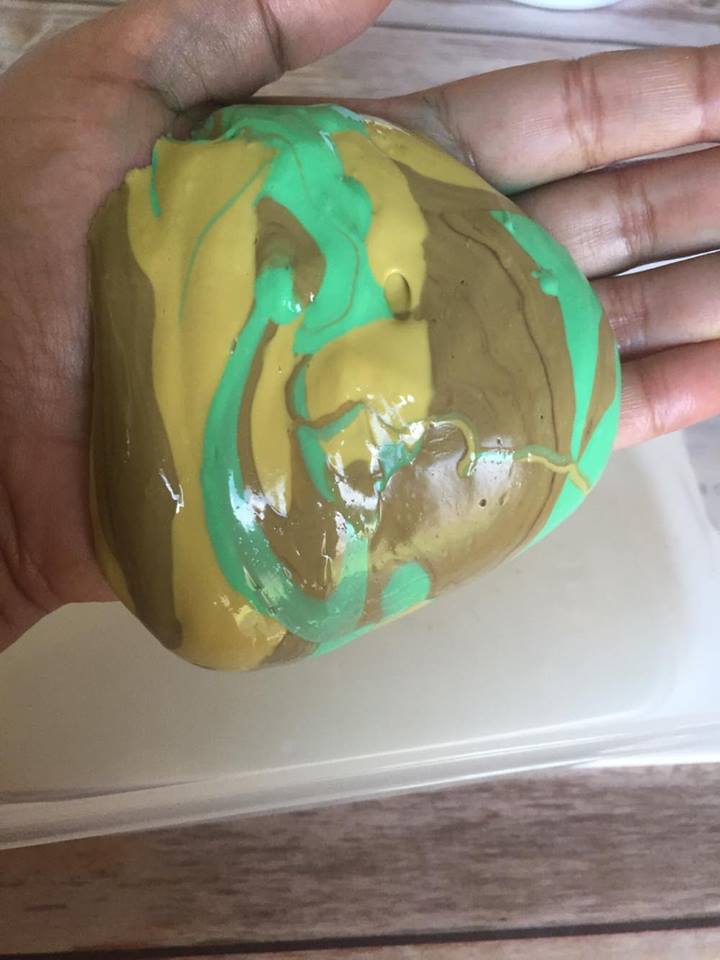 The more you play with it the colors will begin to mix and eventually become an army green. So, don’t expect the vibrant hues to last. 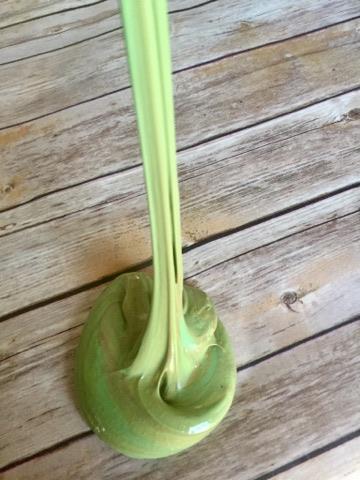 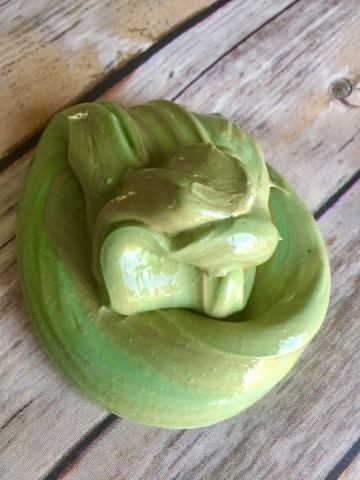 Storage is easy which is why I mentioned that this could be a fun item and stress reliever for someone overseas. The slime can easily be stored in a ziplock bag or a jar with a tight lid. 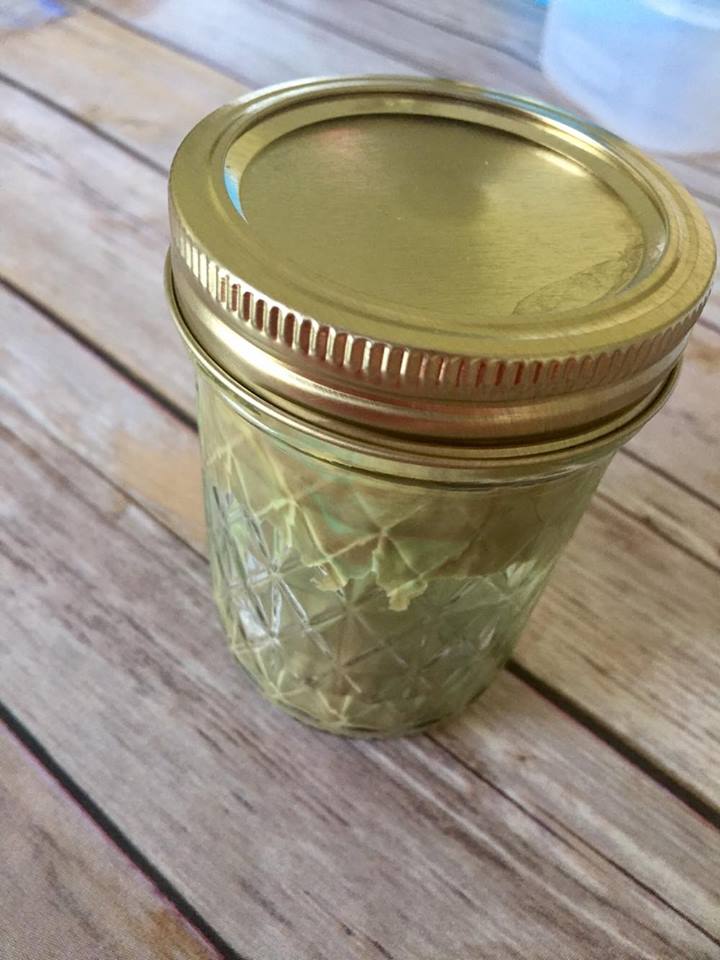 Krystel is the mom of two and an Army Wife. In addition to Army Wife 101 she is the Co-Founder of SoFluential.com a digital media agency that connects brands with the military market. She has appeared on MSNBC ,FOX LA and formerly was a weekly contributor to HLN's "Raising America". She has written for various outlets including Sheknows and Lifetime and is a big fan of cupcakes and french fries.
August 23, 2017 by Army Wife 101 | 0 comments