Have you ever felt like you were doing so much within your community to make a difference, but no one cared? Well, that’s me.  The girl who has committed her life as a servant of the community, but for some reason, feels under appreciated.  Well, not anymore! I have found my new strength and it doesn’t come from outside, it comes from within me.  I will no longer be afraid to own my accomplishments. I am a boss! 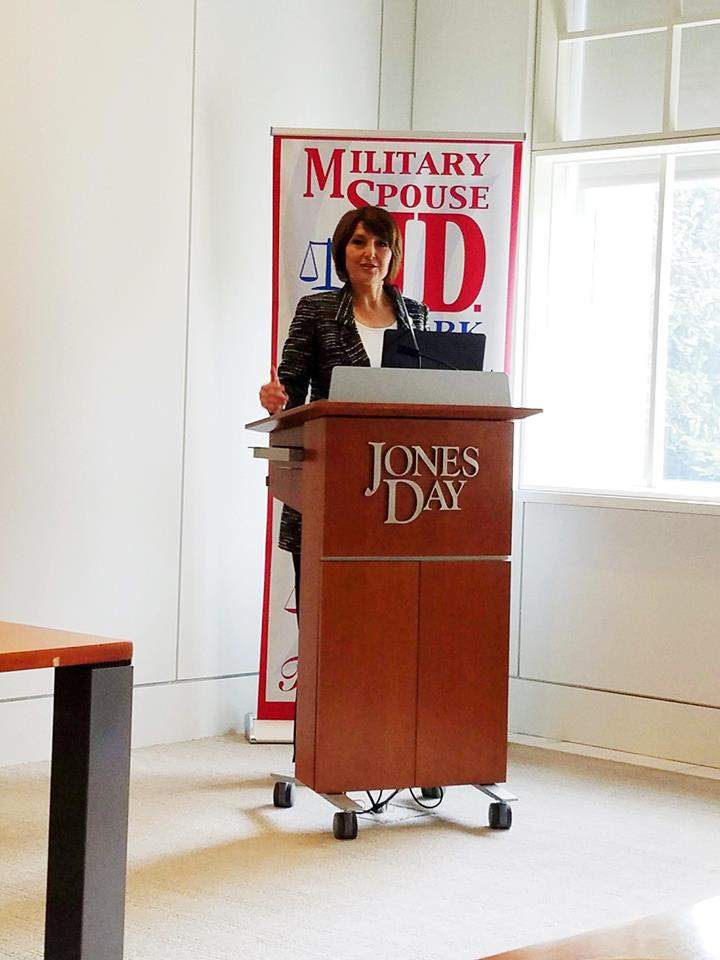 This week I had the pleasure to attend the Homefront Rising Conference in Washington D.C. If I say that the testimonies I heard were powerful, it would be a gross understatement.  The women (and men) who spoke, gave me a huge kick in the rear end and reminded me why I am such a powerhouse in my community.  I am going to tell you about my experience at the Homefront Rising Conference and how it changed me! 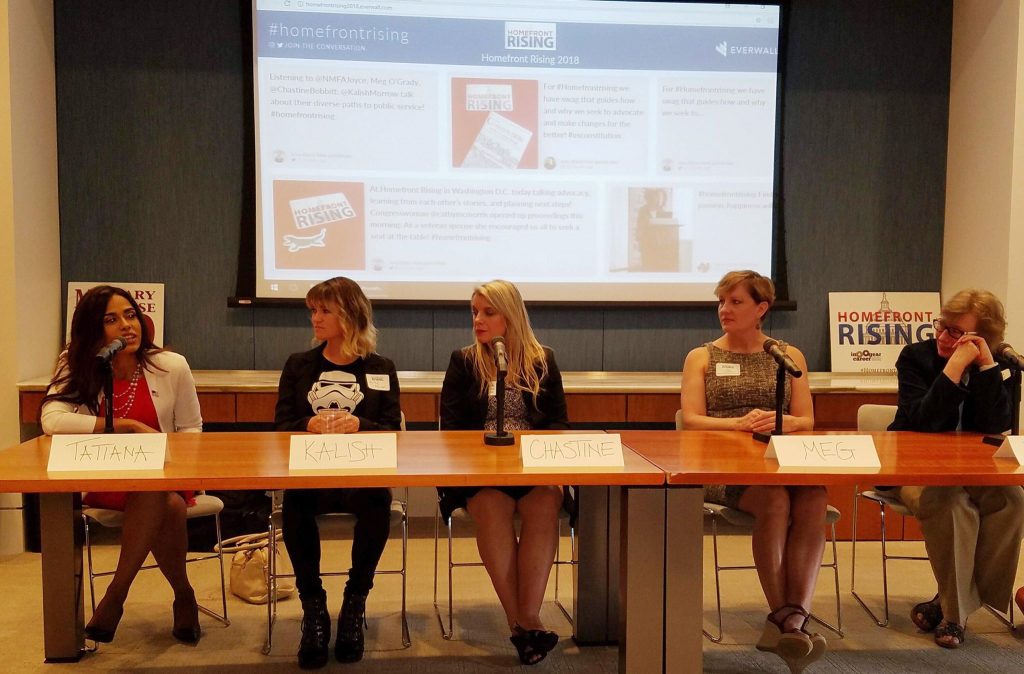 The first person to speak was Senator Cathy McMorris Rodgers the spouse of a retired Navy Service Member.  She is the first in her family to graduate from college. She is the longest-serving woman in Republican Leadership.  Did you know she gave birth three times while serving in Congress?  That’s what I call a boss!  She advocates for military health issues like spouse employment, the effects of multiple deployments on families, wounded warriors, and so much more! She said, “We need more women leaders!” and to “Step up”. I felt the charge through my veins during her powerful speech.  Being a Republican Representative, she co-founded the bi-partisan Military Family Caucus to help get the issues the Military Families face out onto the Senate Floor and discussed in the house. 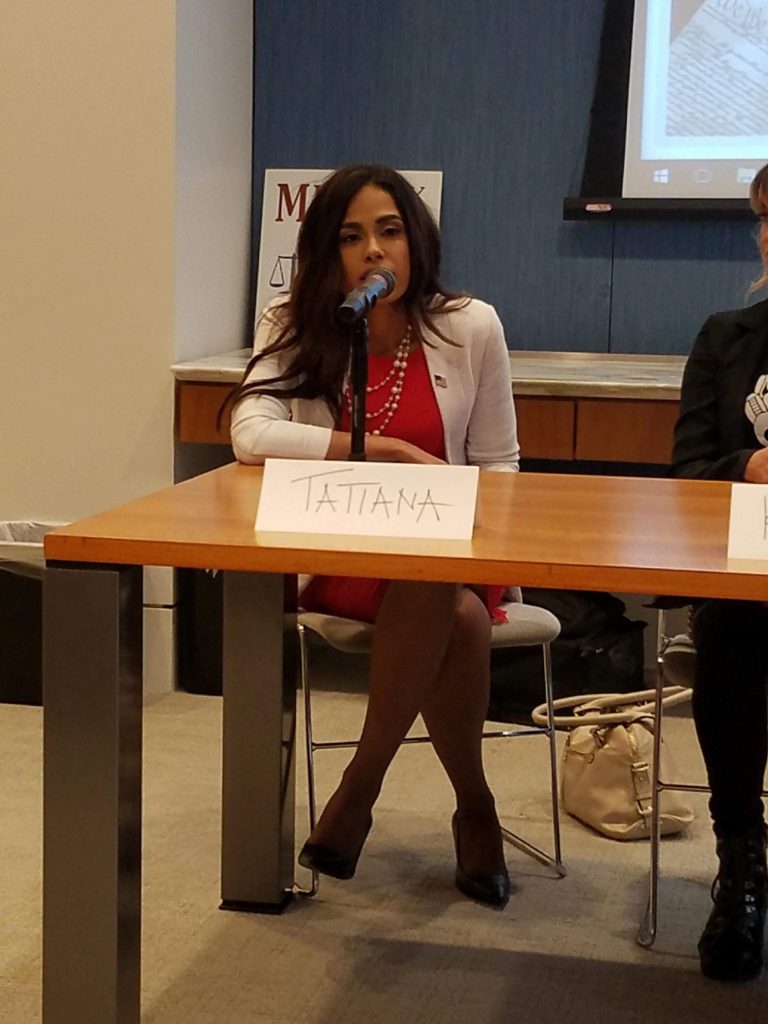 Next, the Pathways to Service Panel got underway.  It was comprised of powerhouse Tatiana Matta (2018 candidate for the U.S. House of Representatives), Meg O’Grady (VP Purdue Global University), Kalish Morrow (2016 Candidate for Hanford City Council), Joyce Raezar (Executive Director of National Military Family Association), and Chastine Bobbitt (Former Capitol Hill Staffer). These ladies spoke about how to market yourself, how to be relatable to your employers when seeking a job, they also spoke about how you are your own best advocate as a Milspouse. Tatiana spoke about how she was called names while working toward her goals. Kalish spoke how important being financially equipped for the task at hand may improve your success rate, if you decided to run for public office.  Meg taught us how to follow up, not only with potential employers, but with people you met while networking. Just a friendly hello to say you remember them and you are grateful for that, is enough to market yourself as personable or relatable. Chastine said, “You never know who you’re going to meet”, “Always have an elevator pitch ready”.   By this point in the conference, my whole life is turned upside down.  I’m sitting in my chair thinking, what the heck am I doing with my life?  Am I strong enough to make it in the business world as a leader? These questions plagued me, but the next speaker rid me of any doubt I may have had.

Clare Bresnahan English was the last speaker, her topic was Leadership. Talk about a closer—she lit a fire. I am sure not only inside of me, but inside of all the spouses who needed that extra push.  For someone to say, “Be the Leader you want to be now” and not to wait for validation from anyone.  We are in control and need to own our qualifications. She’s right, many women don’t like to talk about themselves, let alone what they can do.  So, to hear her say we need to give ourselves permission to be great struck a chord. It struck an A-type chord in me, that isn’t new, but was definitely out of tune.  Oh, I am ready now!  We are amazing and have been through so much, given so much, and validated so many. Where’s your hallelujah?  Where’s your promotion, raise, or even recognition for what you’ve done? If you’re not sure, look in the mirror, there’s your pat on the back, your validation, your Yaaassss, honey! 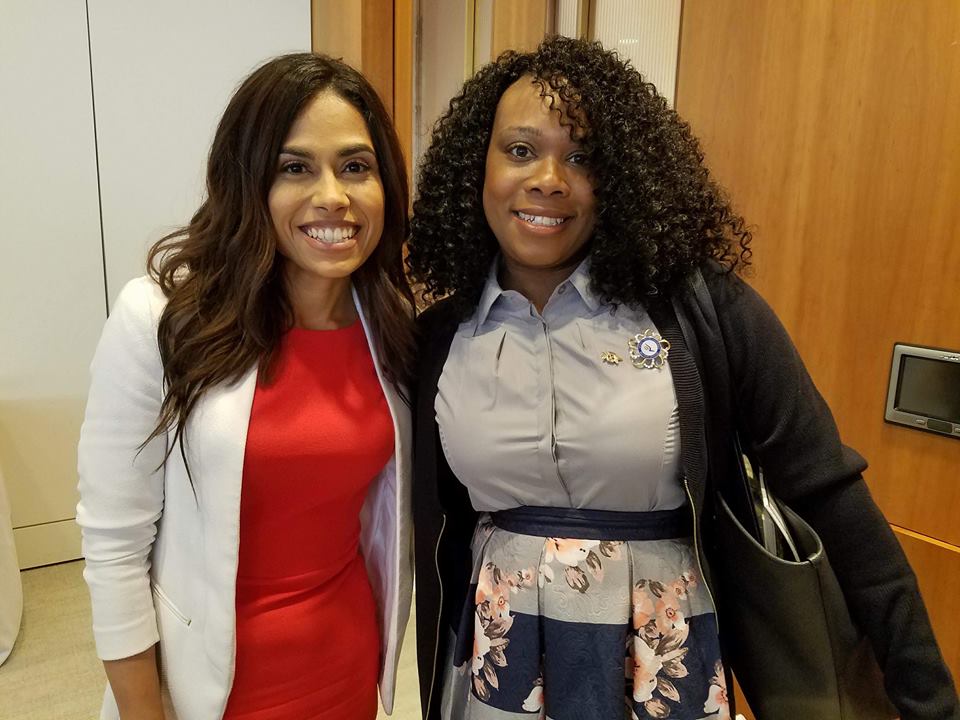 You are amazing! Do not ever let anyone dim your shine because they are afraid it’ll burn out their light. If someone’s light burns out, it’s because they were not putting out the energy needed to shine bright! You’ve got this, like a boss!

Marla Bautista is an Army Wife and mother of three. She is the Author of My Thoughts Abandoned. She is also a freelance writer and blogger. She earned an Associates of Arts and a Bachelor’s in Communications. She is the founder of The Bautista Project, a custom apparel and décor business which uses 10% of their profits to provide for homeless communities. Marla is an avid volunteer in the military community and hopes to spread the message of service and sacrifice for our country.

Krystel is the mom of two and an Army Wife. In addition to Army Wife 101 she is the Co-Founder of SoFluential.com a digital media agency that connects brands with the military market. She has appeared on MSNBC ,FOX LA and formerly was a weekly contributor to HLN's "Raising America". She has written for various outlets including Sheknows and Lifetime and is a big fan of cupcakes and french fries.
May 14, 2018 by Army Wife 101 | 0 comments