I’m Rose, but most people call me Rosie. I am currently living in South Korea married to the love of my life, my best friend, who is serving our country. I have been an Army Wife for a little less than two years. Growing up, I never thought this would be my life: married to a Soldier and living in another country 7,000 miles from my family and friends. I always said I wanted to get out of New Jersey, but Korea took my dream to a new level.

I love to read and my favorite authors are: Sarah Dessen, Jodi Picoult, and Stephen Chbosky. My favorite book is The Perks of Being a Wallflower, by Stephen Chbosky, and although the movie was good, it did not live up to the words on the pages. My favorite movie is Moulin Rouge, even though I almost left the movie theater when it started because I thought it was beyond ridiculous. I will watch Titanic every single time it’s on, as well as, any episode of Friends and Full House.

I love Taylor Swift and Dashboard Confessional. I am a coffee snob and will choose Starbucks over any other type of coffee. I love dogs and talk to them like they are people. I hate working out but I try to jump on the get-fit/stay healthy bandwagon every January.My favorite past times here in Korea are: volunteering for the USO; reading; searching Pinterest; and trying to perfect my sewing and cooking skills, which is where Pinterest comes in handy.

My husband, Jim, and I were together for a little less than two years before he proposed. It was a chilly day in fall, two days after he enlisted in the Army, when he got down on one knee and asked me to be his wife. We had three months to plan our wedding. Along with the help of our family and close friends, we made it happen and said “I do” on February 19, 2011.  Two weeks after our honeymoon, in San Diego, Jim left for Basic Training. 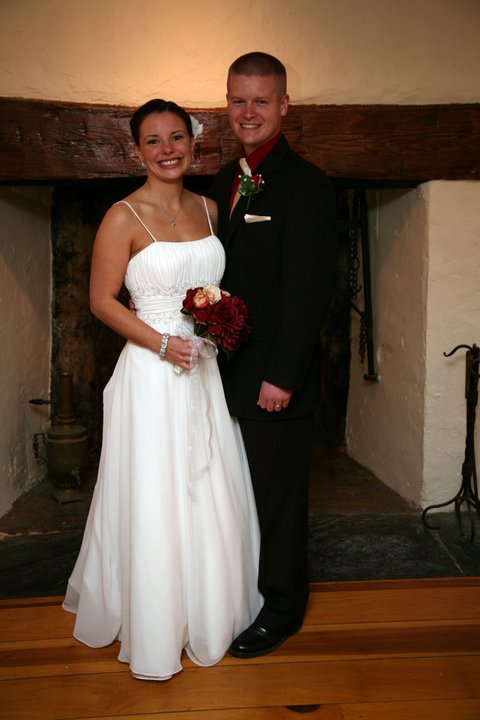 After Jim left, I went back to working at Starbucks and finished up my last few months of college. If I didn’t have classes to attend, and almost a full time job, I don’t know how I would have made it through those first ten weeks and four days without him. I wrote him every single day, and he wrote me about 25 times: the best part about BCT is getting letters in the mail. 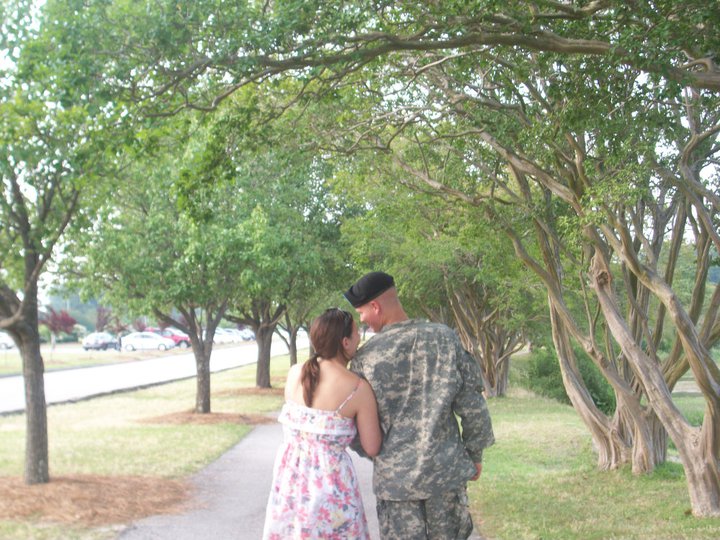 After Jim graduated from BCT, he went to AIT in Florida. I went to visit him twice and then moved there for two months before he left for South Korea. My CSP, Command Sponsorship, went through at the end of February 2012, a little over a year after promising to love each other, for better or for worse. I moved to Korea on March 18th, four months after he arrived, and we will be here until November 2013.

I’m not going to say I love it here, but I’m not going to say I hate it here either. I can’t completely hate a place where my husband is, especially since this is our first real home together. I know he is safe when he goes to work and I know he will come home to me (almost) every night. We are lucky enough to have a three bedroom, two bathroom apartment, which we share with our new puppy, Toby. I have made a great group of friends and have been able to see some remarkable sights. I love Korean food and could eat it almost every single night. I am trying to enjoy this experience as much as I can, but I can’t wait to start the journey of planning and moving to a new duty station in about 10 months.

Krystel is the mom of two and an Army Wife. In addition to Army Wife 101 she is the Co-Founder of SoFluential.com a digital media agency that connects brands with the military market. She has appeared on MSNBC ,FOX LA and formerly was a weekly contributor to HLN's "Raising America". She has written for various outlets including Sheknows and Lifetime and is a big fan of cupcakes and french fries.
January 9, 2013 by Army Wife 101 | 13 Comments