We love to celebrate the victories of milspouses. We understand the challenges of the military lifestyle, and when a spouse juggles those demands and finds success, we can’t help but be both excited and supportive.

Aubrie Nixon is a prime example of a milspouse who has followed her passions, and now has quite the following herself.

The Air Force wife, mother, and author proudly announces the release of her published book, Secret of Souls. I had the opportunity to speak with Aubrie and find out just how she managed to accomplish such an impressive feat. 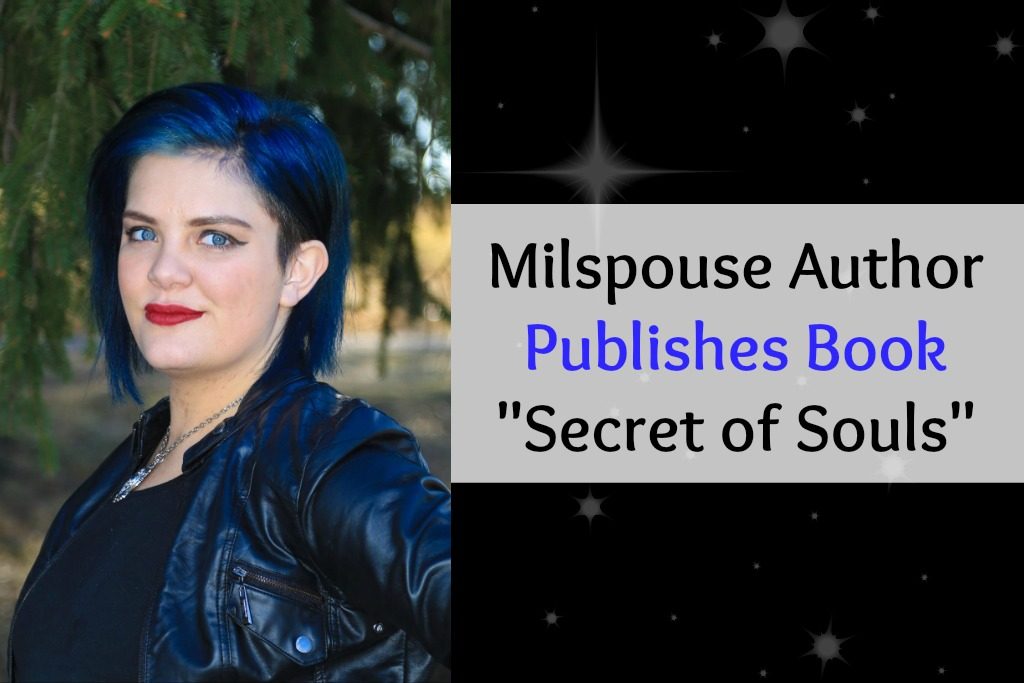 AW101: Being an Air Force wife and a mother to a young child can be demanding with irregular work hours. How did you make time to write?

AN: I am blessed with an unusually calm and easy kiddo. He loves to do his own thing and is very independent. So, because of that, I am able to write and get the things done that I need to. When my son was younger, I usually stayed up late, sometimes until 3 am writing. All I can say is, coffee is a godsend.

AW101:  How long did it take you to write “Secret of Souls”? What was the submission process like?

AN: Secret of Souls was a project for about a year that just kind of sat in my desk drawer. When I finally sat down to actually do some work and write, I got it done in about two weeks. Which — just so we are clear — is a complete fluke. That never happens. Ever. I am working on book two right now, and it is ridiculously difficult. I have been working on it for about a year, and I am still only at the halfway point. When I first submitted Secret of Souls, or Darkness Whispers (its old title), I had self-published it. I’m not big on letting go of control of things (haha) so self-publishing seemed like the best route for me. I had quite a few offers when I was querying (seeking out representation) before I made the decision to self-publish. But none of them felt right. I was picked up by a small publishing press shortly after I released my book. Their promise to let me keep control of my book, but just help it succeed more than I could do on my own, was why I ultimately decided to sign a contract with them. The process is different for everyone, though. I think it really depends on if you want to go the agent route, the small press route, or the self-publishing route. Everyone has such different wants, needs, and experiences.

AW101: What is it about this genre that attracts you? Do you have a favorite author or series that inspired you?

AN: I love the New Adult (NA) genre. It’s like Young Adult (YA) (think Hunger Games) but with older, generally more mature characters who deal with things that people in their 20’s and 30’s would face. There is still the easy-going writing style that surrounds the narrative, but there are a lot more “mature” themes that are sprinkled throughout. I enjoy this genre because I can relate to 20- and 30-year-olds more than I can to angsty teens. Not that I don’t love the YA genre. I read it more than any other genre.

AW101: I see that “Secret of Souls” will be a part of the “Age of Endings” series. How many books do you plan for this series and when do you expect to be completed?

AN: The Age of Endings Series was originally a trilogy. It’s now expanded into four full-length novels and a planned two novellas. I have the gist of what needs to happen written down in a notebook, but for the most part, I just let the words guide me. My plan is to release one book a year for the next four years.

AW101: What can you tell me about the book club you started?

AN: Ahhhh, the Bookish Babes Book Club. We were stationed at Fort Meade, MD for two years before my husband basically forced me to step out of my element and make friends. His suggestion was to start a book club. I honestly thought he was crazy. Who would come to a book club? No one reads anymore! However, when I made a post about it in one of the Facebook groups, dozens were interested. At our first meet, 12 people came. From there we grew to around 20 people per meeting. We have since had to start capping the meetings to 25. We have over 200 members between out Fort Meade branch and our Norfolk branch. Each branch reads the same books and we have a group on Facebook where babes from both branches can chat, discuss the books, etc.  Each branch meets in person once a month. We are actually about to celebrate our 2nd birthday party! We are so excited!!! I actually have three “chapters” here on Fort Meade — an Adult Chapter, (like Stephen King, Anne Rice, Nora Roberts etc.) a SMUT chapter,( think 50 Shades but in way better taste), and our most popular, the YA Chapter. Members are allowed to pick which chapters they want to be a part of and attend the corresponding meetings. Eventually, I plan to take this worldwide and have a whole tribe of Bookish Babes. If you are on Fort Meade or near Norfolk, both branches are accepting new members.

AW101: What advice do you have for other milspouses who would like to become authors?

AN: Making the choice to become an author is easier said than done. Writing the book is, for the most part, the easy part of the journey. To be honest, it’s never-ending. Not just with revisions, edits and rewrites, but with readers constantly critiquing your work and reviewing it. I am proud to say Secret of Souls isn’t even out yet, but the review copies have been received quite well. I do have ONE scathing review, and as an author that’s something you have to get used to. Even when you’ve published five more books, people will still be critiquing the old one, and sometimes it’s not nice at all. You have got to have a thick skin. That, and readers REALLY like to know the author. I have people who friendship request me on my personal pages daily, just because they want to know me, and while that is flattering, it can be quite overwhelming. But, I love that so many people are so passionate about my story. I put my blood, love, and sweat into Secret of Souls. To see it appreciated and loved by so many people already is such a good feeling. It makes all of the negative and craziness worth it!

About “Secret of Souls” 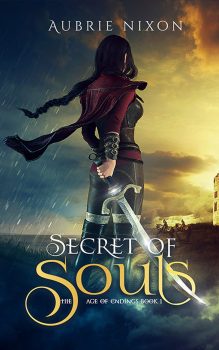 The Empire of Lucent has stood for centuries as a beacon of strength and light. But now an otherworldly realm has unleashed an army of nightmarish creatures upon the peaceful empire, spreading a lethal plague called The Decay which consumes its victims mercilessly from the inside out.

The king of the Empire of Lucent calls upon “Lady of Death” Zephera Travelle—an infamous assassin with a weakness for braided cinnamon bread and a striking aptitude for murder and mayhem. He sends her on an impossible quest to find the one person who can concoct a cure and save the realm from total annihilation. Together with her best friend, Zadkiel, and crew of misfits comprised of a mage extraordinaire, a girly city-guard, and a broody warrior, she embarks on a journey that will test her wits, will, and sanity. Along the way, she discovers that no one—and nothing—is as it seems, including herself.

Get Your Copy of “Secret of Souls”

Great news! Secret of Souls is now available on Amazon in paperback, hardcover or for Kindle.

Keep Up With Aubrie Nixon

Follow Aubrie’s adventures and the latest book news through her social media channels:

A self-described “Jackie of All Trades,” former Army wife Jackie Toops enjoys exploring the various facets of her personality by chronicling military life, world travels, family, her love of the arts and more. Her academic background is in the fields of Interdisciplinary Humanities, Museum Studies and Nonprofit Management, and she has overseen public relations for museums, galleries and universities. Jackie’s articles have been featured on Army Wife 101, Wall Street International Magazine, SoFluential, HomeAway, Military Biz Connection and FamiliesGo. While stationed in Germany, she regularly discussed her articles on-air with the Armed Forces Network in Wiesbaden. A mother of two, Jackie enjoys coffee, freelance writing, languages and discovering new ways to express herself. Follow her on Facebook and Twitter.
September 27, 2017 by Jackie Toops | 0 comments