It’s the day every military spouse looks forward to — homecoming. You are finally reunited with your sweetheart, but have some questions and some nerves.

We asked Army Wife 101 readers what advice they could share about Homecoming. From new to seasoned spouses, here is what they want you to know. 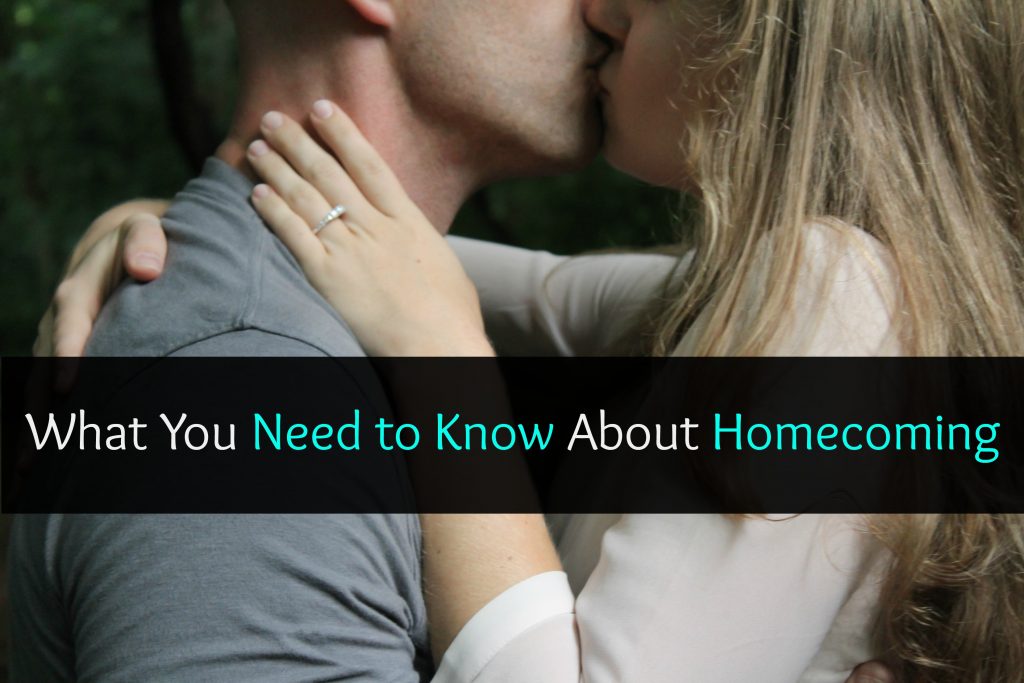 “Don’t get mad if you don’t get the reaction you expected because he doesn’t compliment your little dress if you went out of your way to doll up. They don’t care what you have on, just wrap your arms tight around him/her let them feel the love you have missed.”

“I was expecting it to be all happiness and sunshine for the first few weeks, but that only lasted a couple of days — then reality starts to set in!”

“It will never go as planned.”

“Last deployment my husband was first stuck in Germany and then in the US — five hours away for three days! And we obviously, in true army fashion, couldn’t pick them up!”

“Don’t believe them when they tell you what time it will be. We are Air Force. I arrived an hour before his plane was supposed to arrive (had called maybe an hour or two earlier to check) and we were 15 minutes late.”

“After doing a few ‘waiting three or more hours for pick up each time,’ my husband and I figured out they always land elsewhere in the US prior to heading to home base. He would text me when they got on the plane before take off to fly to home base and then I would leave. By the time his last deployment homecoming rolled around, I showed up to the pickup 15 minutes before he did. Everyone else had been there for hours with their make up running, kids screaming, and just a mess. We were refreshed and my kids only had to wait through the dismissal ceremonies to hug Daddy.”

“I will usually share our experience with a surprise homecoming. Of course, every child responds differently, but out of our six kids, four of them were emotionally overwhelmed with the surprise homecoming that we decided we wouldn’t surprise the kids anymore. After that, I made sure to always prepare the kids for daddy’s return. We see so many videos of surprise homecomings that it’s hard to imagine yours wouldn’t go the same way. I’ve talked to so many other families who had a similar experience as we did  — so I like to talk to people about the importance of preparing the kids for the soldier’s return.”

“My daughter gets so overwhelmed that she just cannot handle it and it actually makes her upset. We have to prepare her and no surprises here. She said ‘Mommy, it’s ok to surprise with candy and toys but no surprises with grandmas and daddy, please.’”

“If you have kids with you, pack snacks and things for them to do so they don’t get restless or fussy. Not all ceremonies will have activities setup for you. Bring tissues, and a welcome home sign is always nice with their name printed largest. It makes them feel good to walk through those doors and spot their name in the crowd while waiting to be released. Though they are standing still, those eyes are wandering looking for you.”

“Your homecoming will not be like the videos you watch online, which isn’t a bad thing, but hey, at least they are home. Just enjoy it and give them time to acclimate to being back in the States.”

“It’s okay if you don’t cry. It’s also okay not to get a photographer and all that jazz if you don’t want to. He will love you no matter what.”

“I always pictured running to his arms and this big embrace….instead, the first time, I missed the landing from getting pulled over, and the second time, I let the kids get the first hug. I regret not taking more pictures, but it will always remain in my memory.”

“Yes, expect the unexpected. We had a hail storm coming through as it was time for the plane to land, and since the pilot couldn’t see where he should land, he took off again and tried again. Everyone got soaking wet — soldiers and families.”

“Hire a photographer! I did for both of my husband’s ceremonies and the pictures are priceless. Make sure your husband is ok with it first, but I’ll never do a homecoming without one again. I get all the beautiful pictures and memories without having to be the one taking pictures.”

“When the Hubster got home from his seven-month deployment, the kids and I went to the homecoming at the jetty. Then we piled everyone in the car and left town for a few days. We felt it was important to have that time together as a family before we allowed anyone else access to our Sailor~Man. It was our time, and I was not about to share him with anyone else.”

“Disappointment comes when things don’t live up to your expectations, so try to have realistic expectations! Also your spouse cannot read your mind, if you don’t communicate your expectations, then it isn’t fair to be upset that the other person didn’t know what you were thinking. It’s not as romantic and movie-like to spell things out for each other, but it really is important!”

“You get used to being independent while he’s gone; small daily decisions aren’t something you run by him while he’s overseas, so you’re used to getting your own way. When he comes home and is once again the man of the house, you won’t always get to do what you want. That was the hardest part for me. Choosing what brand of milk to buy and other ridiculous things.”

“Give space when needed!! Don’t push too much for things to be like they were.”

“Reintegration is a process and takes time. Don’t expect everything to be back to normal right away.”

“Just got through the first deployment with him (many for him). Give them time and as bad as you want to smother them, give them space. They will talk and share when they are ready. God bless us all as we support our soldiers.”

“My husband’s first deployment was in 2005. Occasionally stories come up now from then, that he didn’t feel comfortable discussing then. So yes, time and patience — never take it personally if he doesn’t talk when you want.”

“Be patient, reintegration takes time, though he/she looks like all is well. Depending on where they were deployed, the length of time gone, and their MOS, things could stay with them longer mentally & emotionally, etc.”

“If you ask questions and don’t get answers you want, or they just don’t want to talk about it, don’t take it personally. Do not pressure him/her — with time they will open up.”

“Expect the unexpected because it never turns out they way it does in the movies! My husband got medivac to Germany and then home. He has been medically retired for six years now. All the ups and unexpected downs: reconstructed knee; bulging disk; fractured vertebra; cyst on brain; TBI; and grand mal seizures. Don’t waste any moment! Spend every minute together because you never know!”

We wish you, your spouse and your family the best as you welcome him/her home. Enjoy the excitement, savor the moment, and if you need to reach out to our community for more, join our Army Wife 101 Q&A group on Facebook. Happy reuniting!

A self-described “Jackie of All Trades,” former Army wife Jackie Toops enjoys exploring the various facets of her personality by chronicling military life, world travels, family, her love of the arts and more. Her academic background is in the fields of Interdisciplinary Humanities, Museum Studies and Nonprofit Management, and she has overseen public relations for museums, galleries and universities. Jackie’s articles have been featured on Army Wife 101, Wall Street International Magazine, SoFluential, HomeAway, Military Biz Connection and FamiliesGo. While stationed in Germany, she regularly discussed her articles on-air with the Armed Forces Network in Wiesbaden. A mother of two, Jackie enjoys coffee, freelance writing, languages and discovering new ways to express herself. Follow her on Facebook and Twitter.
May 11, 2017 by Jackie Toops | 0 comments