Like so many others in our community, I am shocked and saddened when tragic news involving other military families is shared. The recent loss of a young Colorado military spouse and mom impacted me more than I expected and it has taken me a long time to put these feelings into words. Moreover, some of the insensitive and judgmental comments I read online as the news was shared broke my heart. The stigma that surrounds mental health within our military community is daunting, and it’s time to have some serious, transparent conversations. As I read the comments, I couldn’t help but be inundated with the thought that maybe somehow the story could’ve ended differently if there weren’t so many truth’s that we hide behind with the title of “military spouse”

If as a community we were more inept to admitting boldly that we all struggle sometimes. If someone, anyone had dared to be honest. Shared their own story, or the resources they have used themselves. If a fellow spouse had been willing to speak on the fact that the truths we hide can sometimes be deadly. In 2017, they were deadly for 127 of our fellow military spouses that died by suicide.

PTSD is something that is commonly referred to in our community, there are workshops and briefings, hotlines and tips for how to recognize and respond to it if you see it in your spouse. However, 10 years ago the resources were sparse for spouses. Not to mention as a dependent you can feel that PTSD is reserved for combat tested and proven heroes. The reality of the sacrifices these men and women make is ever-present in our lives. As spouses, we don’t feel entitled to it. I certainly did not. It has taken me years to acknowledge that we cannot heal from things we don’t even recognize within ourselves. Years to be able to say that yes, I suffer from PTSD due to many years of abuse at the hands of my ex-husband with him almost ending my life. As a result of that, my actions were often irrational, misplaced, and void of logic.

One incident that occurred about nine years ago sticks out most vividly in my mind. Having recently transferred from Pearl Harbor, Hawaii to Mayport Naval Station, Florida. We were settling in. I was working a job as a medical assistant. Serving on the board for the FRG, room mom at school, team mom for the base basketball team and on the PTA. I had it all together, except when I didn’t. When I struggled with anxiety. When I lived in fear because of the last known whereabouts of my abusive ex-husband. The man that had almost taken my life. A city in Georgia, only a 5-hour drive away. At 2:00 am, the electricity shut off suddenly in our military housing. For the next three hours until sunlight, I sat in the hallway between my children’s bedrooms with the largest butcher knife we owned, my phone, and a flashlight. Scared to move, scared to breathe, and in tears as I rocked. That deployment cycle also gifted me with an unhealthy dependency and coping mechanism. Excedrin PM and various other over the counter sleep aids.

Even when I was married to my ex-husband an active Army National Guard soldier, I always ensured that my appearance and demeanor never let on to the hell that I was living. My children attended the CDC. While I was working for a ticket and travel office on base, I would often wear long sleeves during a sweltering Georgia summer to hide the truth: I was being abused. I dutifully attended all the socials and command functions with a smile, well-groomed, with my well-behaved children. The truths that we hide can sometimes be deadly.

As women, we are inundated every day with messages that we aren’t doing it right. How could we possibly admit our truths? The highlight reel that is social media can convince us that everyone is happy but us. Showing us the story that society and sadly our community wants us to believe. Posts and blogs showing us women we presume to be better moms, better wives, skinner, smarter, more accomplished. Better military spouses seemingly handling all of the unique challenges with grace. The pressure for everything to appear perfect coupled with mental health struggles can be absolutely consuming. I lived it, I know. Do we all too often during this journey plaster on a smile and respond to anyone who asks that we are “fine”? For the sake of appearances? 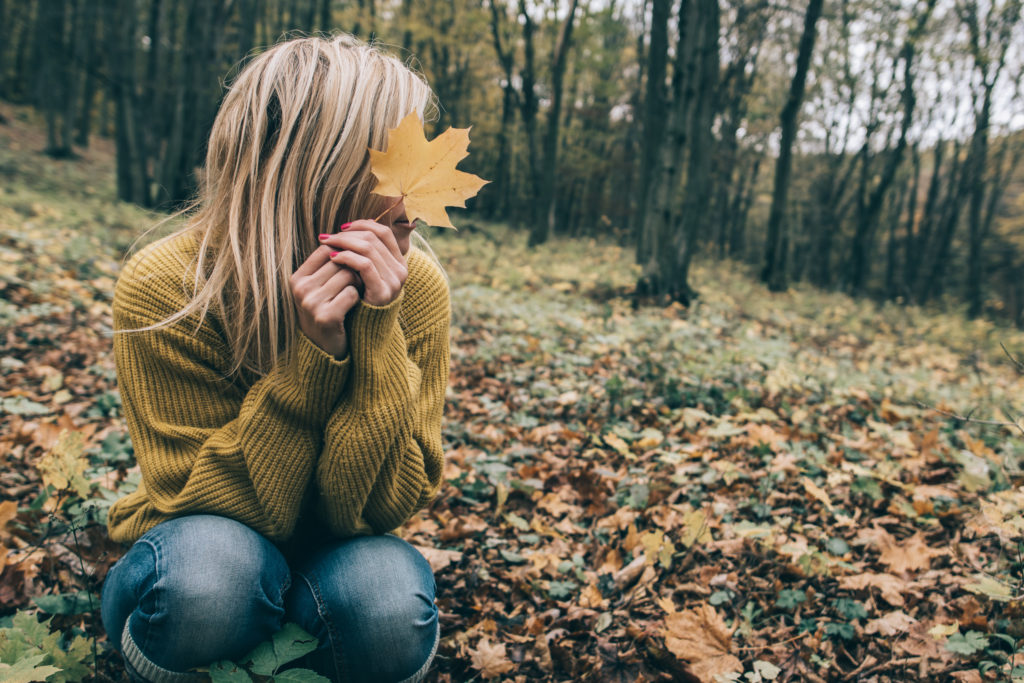 Thankfully early during my own healing process and early military life, there were seasoned military spouses around who fiercely believed and lived the old adage, “It takes a village”. A village that shows up on your doorstep when they’re worried because they haven’t seen you in a few days. A village that makes a phone call across the miles when you seem a little too sad or overwhelmed in your Facebook posts. A village that reminds you that you aren’t alone during some of the loneliest periods of your life. A village who loves more, listens more, and judges less. A village that honestly has probably saved my life on several occasions.

What if that had been the case for these other spouses? How I wish they would’ve heard that sometimes the truths we hide from ourselves can be deadly. That postpartum depression is real. That 1 in 7 new mothers suffers from it. That PTSD is real. And since 1 in 5 women will be raped at some point in their lifetime while 1 in 4 will experience domestic violence. Yes, even as just a military spouse we are entitled to it. That there are resources to help them heal and overcome these traumas. That there are other spouses who know exactly how they feel and only have grace and love to extend.

I struggle with PTSD. Now that I have identified it and no longer try to hide, it I can put that energy into coping. It’s not an easy thing to say, nor is it easy to admit. The truths we hide can sometimes feel necessary. The weight of the judgment from others, the impact it might have on the career of someone we love. It’s a battle, it’s ugly, it’s hard, but it can and has been done. Our country and our community are in the midst of a mental health crisis. For those of us walking in our truths on the other side of the all-consuming darkness that is post-traumatic stress disorder, post-partum depression, anxiety, and depression; it is time for us to speak up and speak out. Unapologetically transparent in our efforts to help others know that they’re not alone. To bring healing and hope. To share with the hurting amongst us that the truths we hide can be deadly, but they don’t have to be.

Every military spouse who struggles will have a different story, but it doesn’t make it any less important. To continue this conversation, Dependa Strong and Ashton Reagin of Organized Chaos have teamed up to create a military spouse mental health pulse survey. Please take a moment to fill the anonymous survey out so we can collectively make a difference and share the truths we hide.

If you’d like to hear more about Hope’s story be sure to listen in as she discusses PTSD with veteran and advocate Annette on her podcast.

Krystel is the mom of two and an Army Wife. In addition to Army Wife 101 she is the Co-Founder of SoFluential.com a digital media agency that connects brands with the military market. She has appeared on MSNBC ,FOX LA and formerly was a weekly contributor to HLN's "Raising America". She has written for various outlets including Sheknows and Lifetime and is a big fan of cupcakes and french fries.
February 12, 2020 by Army Wife 101 | 1 Comment

1 Comment on The Truths We Hide: A Spouse’s PTSD Confession