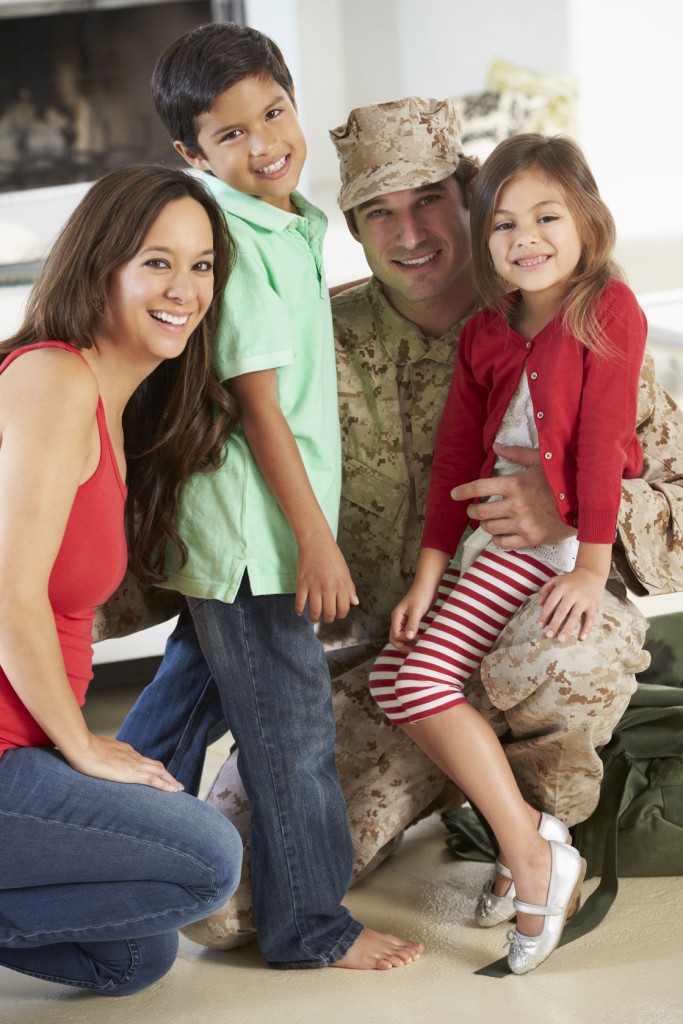 Do you or someone you know have hearing loss as a result of military service? If so, you’re not alone. An estimated 59,000 military personnel are receiving disability benefits for hearing loss from Operation Iraqi Freedom and Operation Enduring Freedom alone. Hearing loss is the most common war-related injury among veterans, yet very few people are actively seeking treatment.

The reality is that serving in the military is not just emotionally draining and physically demanding; it is also extremely loud. The effects of all this noise can do permanent damage and cause chronic ringing in the ears, also known as tinnitus.  It’s no surprise that 414,000 post-9/11 veterans have developed tinnitus, or significant hearing loss. To address this, the Veterans Administration (VA) accounts for a full 20% of all the hearing aids sold in the United States each year.

Most of the time, people who experience hearing loss may not even realize it. That’s because hearing loss can go undetected for years. On average, it takes people with hearing loss 7 years before they get their hearing tested and obtain the help they need. During the course of that time, veterans can miss out on a great deal of sounds that are happening around them. When combined with the other socio-emotional effects of returning home after war, hearing loss can be extremely isolating and discouraging.

Steps You Can Take

Fortunately, hearing loss has garnered more attention in recent years and experts have begun to think of ways to prevent it from happening in the field, as well as to minimize its devastating effects after war. While in active duty, soldiers can wear ear protection to lessen the impact of loud noises. In time, advances in technology will provide more high-tech hearing preservation. Soldiers who are completing their military service may soon be expected to have a hearing test as part of the exit process. If so, it will markedly reduce the number of veterans who fail to get hearing aids and other devices to which they are entitled.

Your hearing is precious, which is why it’s so important to protect it. Companies like Miracle-Ear offer free hearing tests, and they also offer free lifetime checkups.

As you celebrate Memorial Day, take some time to remember and thank the men and women who have served our country and who may be suffering from hearing loss. If you are a veteran, do one of the most important things you can do for yourself: get your hearing tested.

Dr. Younk has held the role of Director of Professional Development for AmplifonUSA since 2009. In her role, she is responsible for overseeing professional training for all divisions of Amplifon as well as product management. She has an extensive background in the area of retail health care as well as sales and technical training. Dr. Younk holds an Au.D. from the University of Florida and a Master’s of Science degree in Audiology from Washington University in St. Louis, MO.

Krystel is the mom of two and an Army Wife. In addition to Army Wife 101 she is the Co-Founder of SoFluential.com a digital media agency that connects brands with the military market. She has appeared on MSNBC ,FOX LA and formerly was a weekly contributor to HLN's "Raising America". She has written for various outlets including Sheknows and Lifetime and is a big fan of cupcakes and french fries.
May 20, 2015 by Army Wife 101 | 0 comments