The year was 1971. Richard Nixon was in the White House. In homes, televisions portrayed the tragically graphic scenes of the Vietnam War, which had been raging on for 16 years beginning with American military advisors and continuing with combat troops. 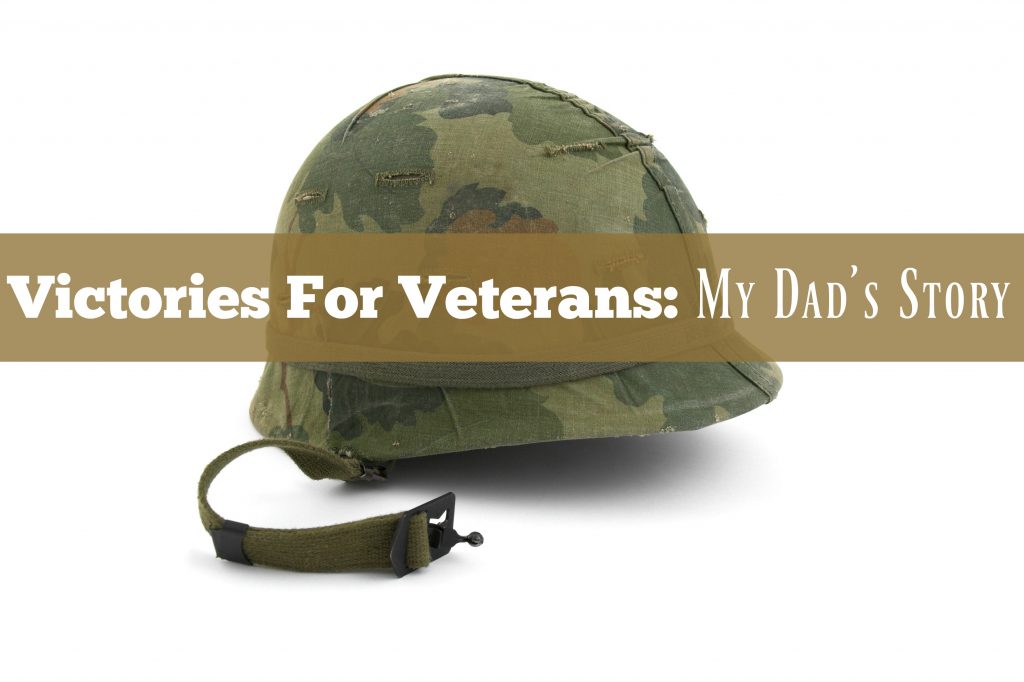 Many Americans were protesting as young men were drafted or doing their best to dodge the draft. Then there were others, like my dad Rodney “Bo” Houck, who walked right into a recruiter’s office and enlisted in the Army on a two-year contract. He explains, “Growing up, my dad and uncles all were in the service during or just after WWII, so I had an example of their sacrifice for their country. I always figured that when I was of age I would participate in the military also. I just wanted to do my duty for the country when it was my turn.” What an incredibly honorable and selfless gesture.

A brave 20-year-old Bo joined, accepting whichever MOS the Army immediately needed. He completed quick and rigorous training at Fort Jackson and Fort Bragg and became a Clerk Typist and Communications Specialist. Upon graduation, he was given the choice of duty stations between Alaska, Germany, Hawaii or Vietnam. While he watched classmates select peaceful locations, my dad chose Vietnam. He shares, “I did all of this training and if I wasn’t going to play in the game, why did I go through this?”

Bo landed at Tan Son Nhut Airbase, Saigon, Vietnam on his 21st birthday, yet didn’t realize that fact until the day was nearly finished. He was so far from home, and experienced a new world in the hot, humid jungle. “I got attacked by 10 little Vietnamese girls and they picked my pockets,” he recalls. “It took all of five seconds and I didn’t even realize it.”

When I asked if there were any high points to his time in Vietnam, he shared, “The high points were going through having mortars and rockets shot at your base and you survived it.”

My dad was particularly proud of a specific contribution he made while serving. “I typed and transmitted information from the Commander of the US Forces in Vietnam to President Nixon. The President used that information in the 1973 State of the Union Address, and as we listened on the radio, a lot of the information about the conditions in Vietnam were word for word what I’d typed.”

The war finally concluded and Bo was able to leave Vietnam, as one of the last troops, after serving there for one year. He shares, “There were about 5,000 troops and we all left in three days — March 27-29, 1973. I brought the flag.” When I asked what he meant, he replied, “It’s a joke, the last one out brings the flag.” Actually he did bring a South Vietnamese flag home as a souvenir.

In order to complete his full contract, he was assigned to work at the Pentagon for his remaining year.

Although Bo was trained for deployment, nothing prepared him for what he would encounter returning home. He describes that the mood toward Vietnam soldiers was completely different than for returning soldiers today. “When service members came home, me included, you realized that nobody wanted to talk about anything related to the Vietnam War. They wanted to pretend that it didn’t happen basically. They didn’t want to recognize the soldiers in any branch of service, because they’d have to talk about the war.” As a result, our soldiers bottled everything up, and many suffered from what we now recognize as PTSD. Bo continues, “The soldiers, myself included, we just clammed up and held everything in because we didn’t want to stick out in a crowd. And two, you didn’t want to get any type of counseling to draw attention to yourself. You just kind of hoped that things would go back to normal without you having to take any risks. The only people I talked to about recovering from the war were those that had been in the war also, fellow veterans.”

After proudly serving, my dad went on to canoe 500 miles of the Mississippi River, receive a bachelor’s degree in Social Studies from Florida State University courtesy of the GI bill, marry a girl, start a family, and launch a 39-year career with the State of Florida. His greatest victory of all? “My family is my biggest success. A long, and happy marriage — 41 years now — and my family.”

When I asked how he would summarize his experience serving in the military, he gave a thoughtful response. “Well there’s an old cliché about that,” he explained, “You know I wouldn’t want to do that experience again, but it was the best thing that could have happened to me.”

After my dad opened up about the culture and climate of the United States when he returned, I asked what advice would he give to today’s vets. He advised, “Regardless of your fears, the best thing to do is have open and honest communication with everyone you encounter.”

My dad’s success story is one of many, and I hope that sharing his positive words will inspire greater support for America’s veterans. That is what the Victories for Veterans Campaign is all about.

Every day, America’s veterans achieve personal victories overcoming challenges great and small. DAV (Disabled American Veterans) is a nonprofit organization that is on a mission to help veterans succeed after military service and get the benefits they were promised. Each year, they help more than one million veterans of all generations in life changing ways.

DAV invites you to join them in celebrating veteran victories. These personal victories range from earning a college degree, to getting back to family life, to overcoming a physical disability, to finding a quality job. DAV is here to help all veterans reach their victories, because when America’s veterans win, we all win. Visit Victories for Veterans to learn more.

DAV (Disabled American Veterans) is a non-profit organization that is on a mission to help America’s veterans achieve more victories. To learn more about DAV, visit dav.org.

This is a sponsored conversation written by me on behalf of DAV. The opinions and text are all mine. While I am proud to support DAV and their mission, I have not been a beneficiary of DAV services.

Krystel is the mom of two and an Army Wife. In addition to Army Wife 101 she is the Co-Founder of SoFluential.com a digital media agency that connects brands with the military market. She has appeared on MSNBC ,FOX LA and formerly was a weekly contributor to HLN's "Raising America". She has written for various outlets including Sheknows and Lifetime and is a big fan of cupcakes and french fries.
August 19, 2016 by Army Wife 101 | 0 comments