Living in base housing is great. I mean there are the perks of not worrying about rent (technically) and for the most part free utilities…okay sort of. The downside is that sometimes no matter how much you take care of your on base home, all military families experience what can be the hassle of moving out and passing inspection. This is when housing comes in to compare your house from before you moved in to after.

Now there are some damages that can be avoided like keeping the kids or the dogs from yanking at the blinds and maintaining your carpet with regular cleanings. However, there are things we do to spruce up the house and make it feel like home such as putting tons of pictures on the wall. Okay maybe I am speaking for myself with the tons of pictures, but who doesn’t like to hang pictures on the wall to make it feel more homey? The downside is the holes in the wall during those move out inspections that can wind up resulting in extra fees for us to pay. And if nothing else nailing nails and hanging up pics is a pain. After receiving an email from a military wife overseas who encountered this problem WeMontage wants to help military with a fix. 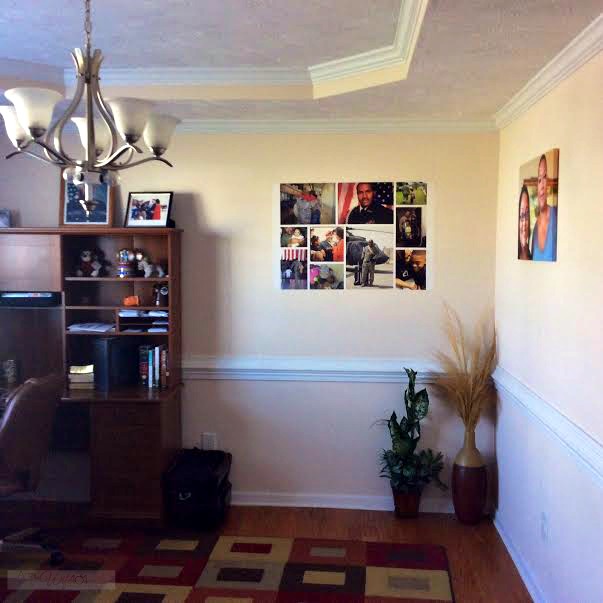 If you have followed me for a long time then you have seen pictures in the past of my walls lined with pictures and canvas. Adding this photo wallpaper to another wall of mine completely finished off a bare wall situation I had going on in my office.

Creating Your We Montage Collage

Creating your WeMontage wall collage is simple and is done right online. Photos can be uploaded via your phone or from different options listed in the collage maker.You have the option to delete photos as well as create albums for future purchases.

Sizing comes in standard formats with the smallest being 3ft x 2ft starting at $69.99 and the largest being 6ft x 2ft at $119.99 . Customers also have the option of custom sizing to make the removable sticker collage as big as they would like. 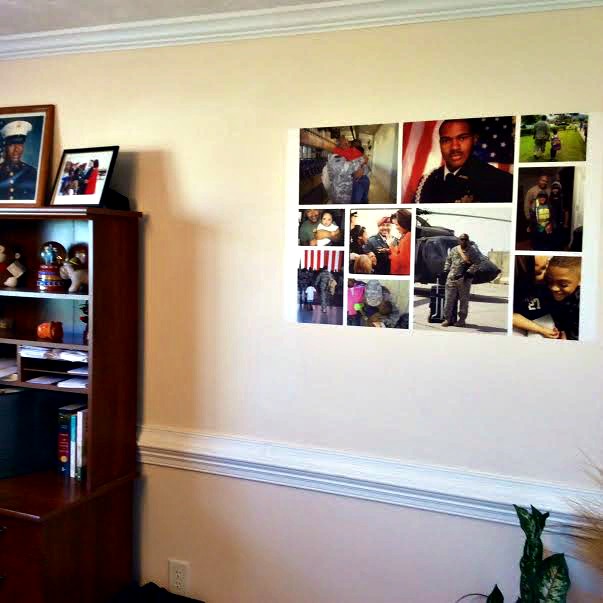 The quality of the pictures are really good . If they come from your phone (depending on your camera I used an iPhone) the pictures will have really great clarity. Digital camera photos will be great too. I even had some older pictures that has been taken a few years ago on an older camera and considering technology back then the quality was still top notch. 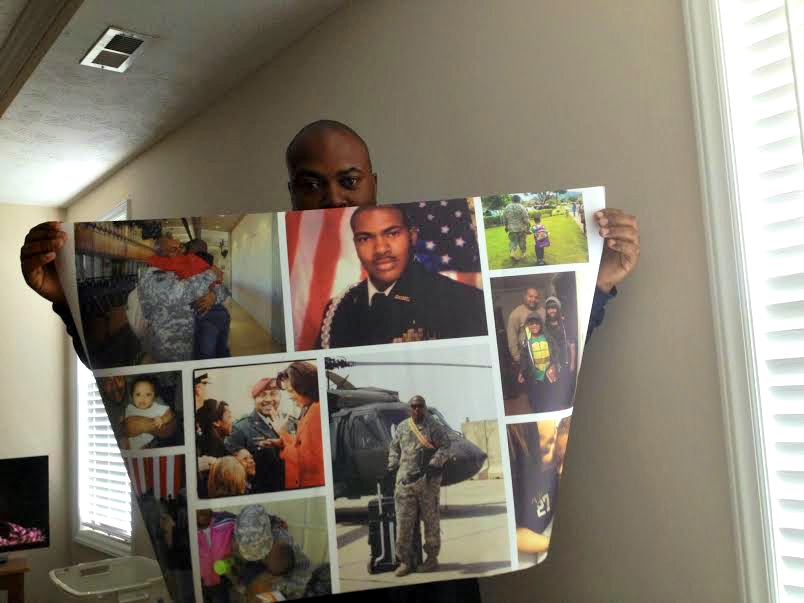 Installation of the photo wallpaper was easy. We simply peeled the backing off and carefully placed on the wall to our liking. The WeMontage site provides helpful installation instructions as well which includes video. The adhesive is a removable adhesive that will re-adhere without wall damage. 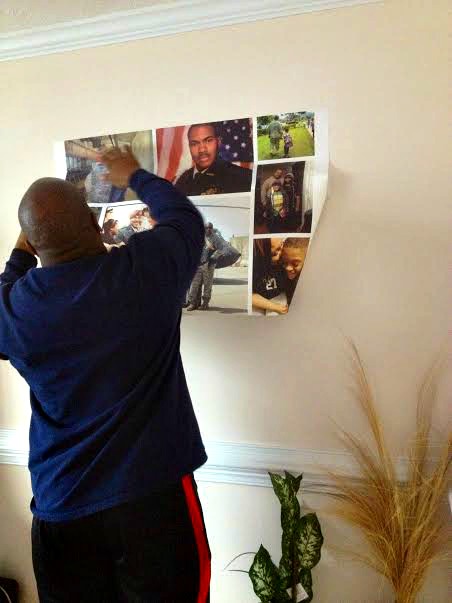 And WeMontage.com photo wall paper is great for a lot more then just your house. I think it’s a great way for deployed moms and dads to have photos on their walls in their temporary room. Other ways to use it are in dorm rooms, nurseries and even nursing homes.

Krystel is the mom of two and an Army Wife. In addition to Army Wife 101 she is the Co-Founder of SoFluential.com a digital media agency that connects brands with the military market. She has appeared on MSNBC ,FOX LA and formerly was a weekly contributor to HLN's "Raising America". She has written for various outlets including Sheknows and Lifetime and is a big fan of cupcakes and french fries.
July 8, 2014 by Army Wife 101 | 8 Comments

8 Comments on WeMontage Removable Photo Wallpaper Equals No More Holes In Base Housing Walls Plus A GIVEAWAY!!!!!