I always say these days if I am going to spend money shopping then I prefer it be with a purpose. And, let me honest it’s a great excuse for spending money on things we love. 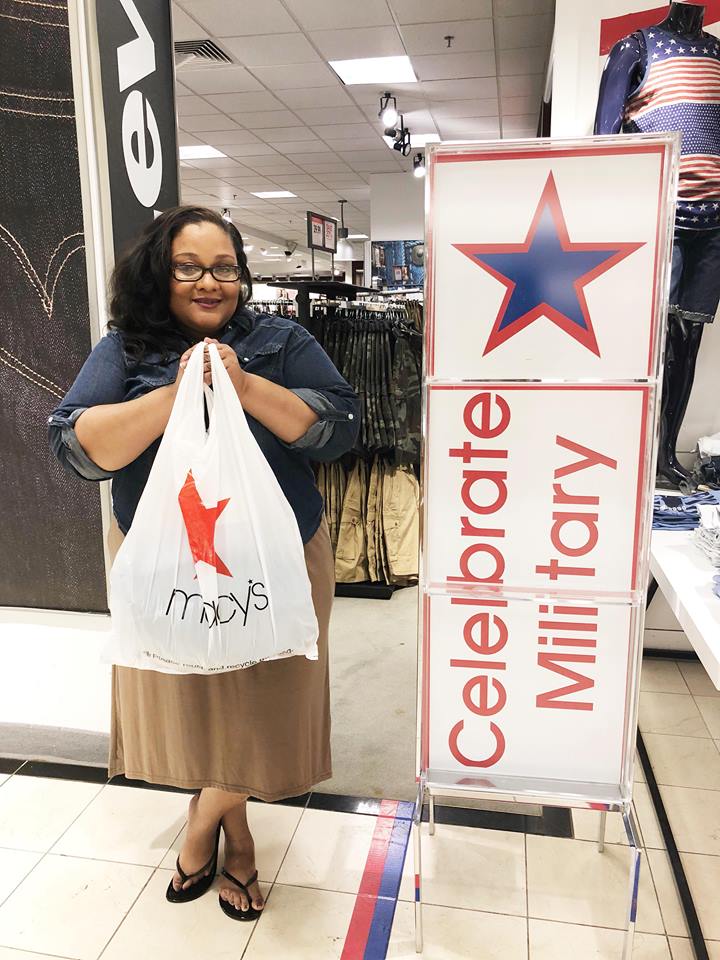 Last week I had the chance to stop in at the Macy’s in Cedar Creek Mall located near Fort Bragg, North Carolina. Fort Bragg is home to the 82nd Airborne and one of the biggest military installations in the country. So you can imagine my excitement to learn that 50 percent of their employees are Active Duty Military Spouses and Veterans. 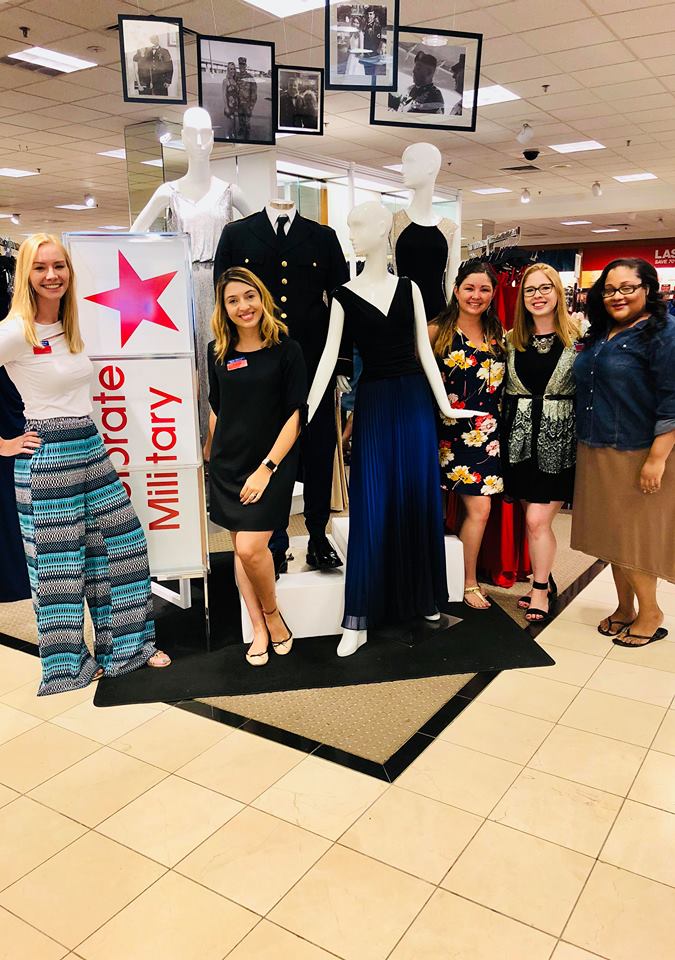 As a customer, you tend to go into the store and get what you need and go on about your day. So when I had the chance to get a behind- the- scenes look at all the big and small details of how this Macy’s accommodates their biggest set of customers, it made me see Macy’s in a whole new light.

With the majority of their customer base being military families, Macy’s Cross Creek Mall wants to ensure they show their appreciation. For instance, they have several stations set up in the store dedicated to military using real pictures and geared towards military and special events they attend. In particular, they know military patrons love our red, white and blue so they place American made brands like Levi’s front and center. Another favorite station of mine was their Military Ball display as they offer amazing prices on ball gown apparel. They offer a Military Ball shoe selection in addition to a free styling service—Macy’s My Stylist. 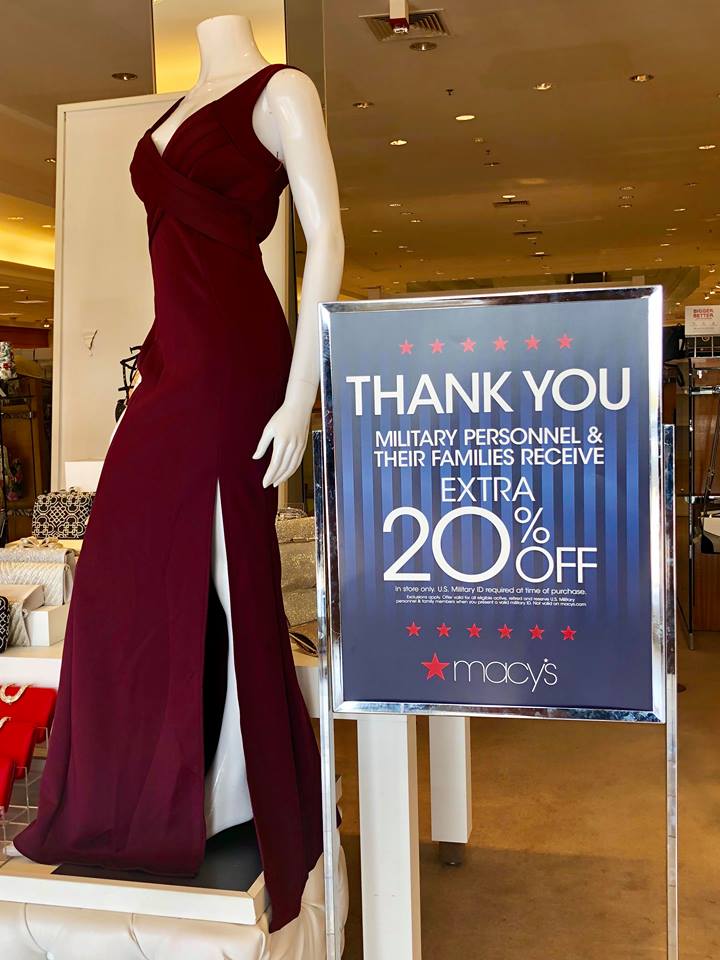 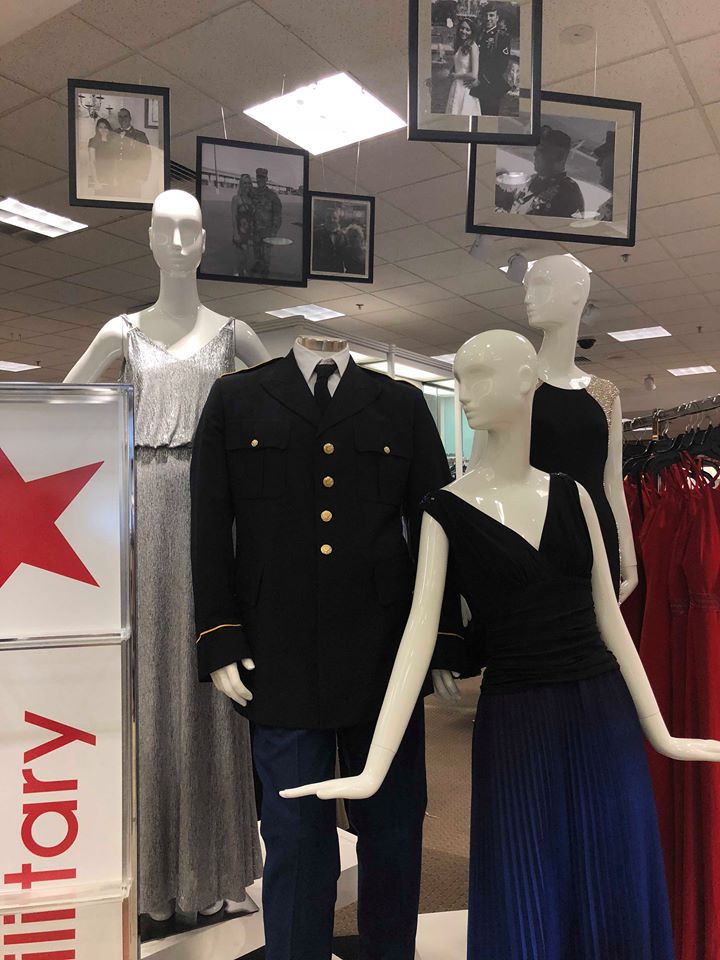 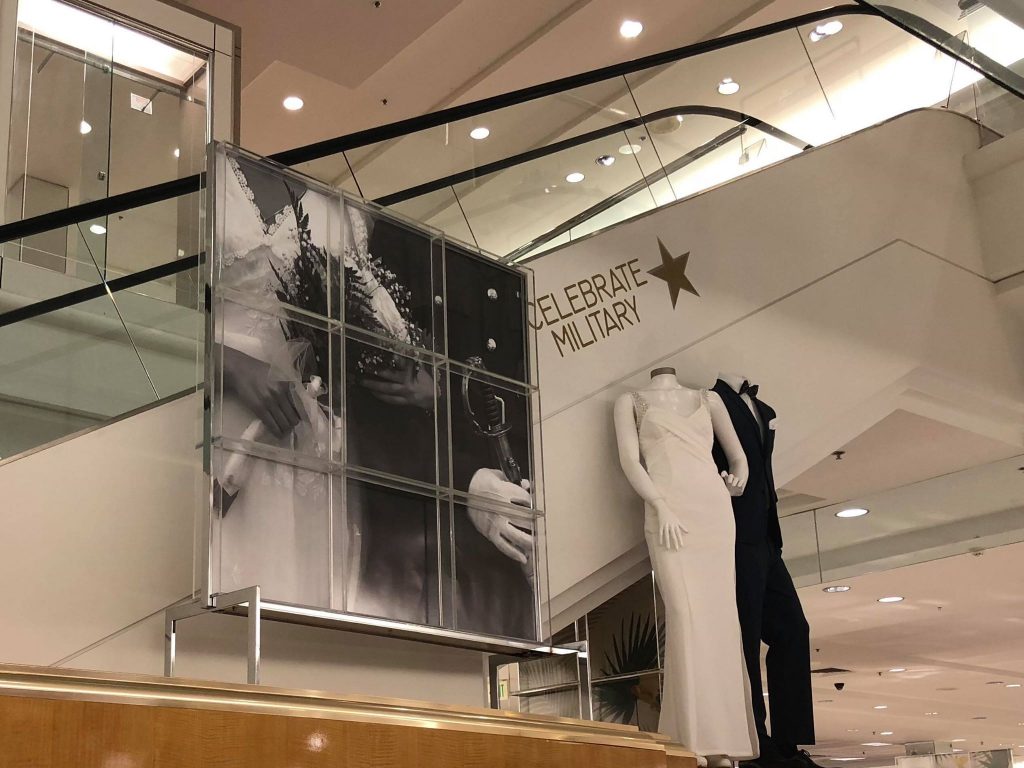 I had the opportunity to spend a $100 gift card on my family and thanks to the awesome clearance deals racked up two pieces of clothing per family member. Plus, participating Macy’s offer a military discount and you’ll save majorly. We purchased everything from jeans to t-shirts and dress shirts. 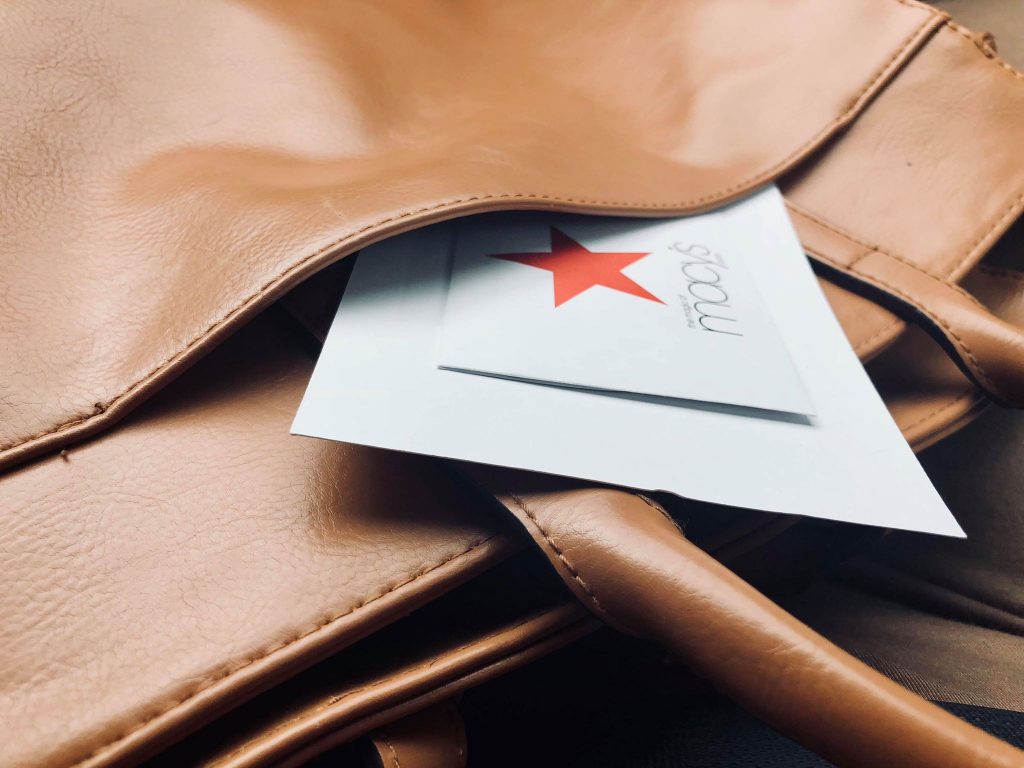 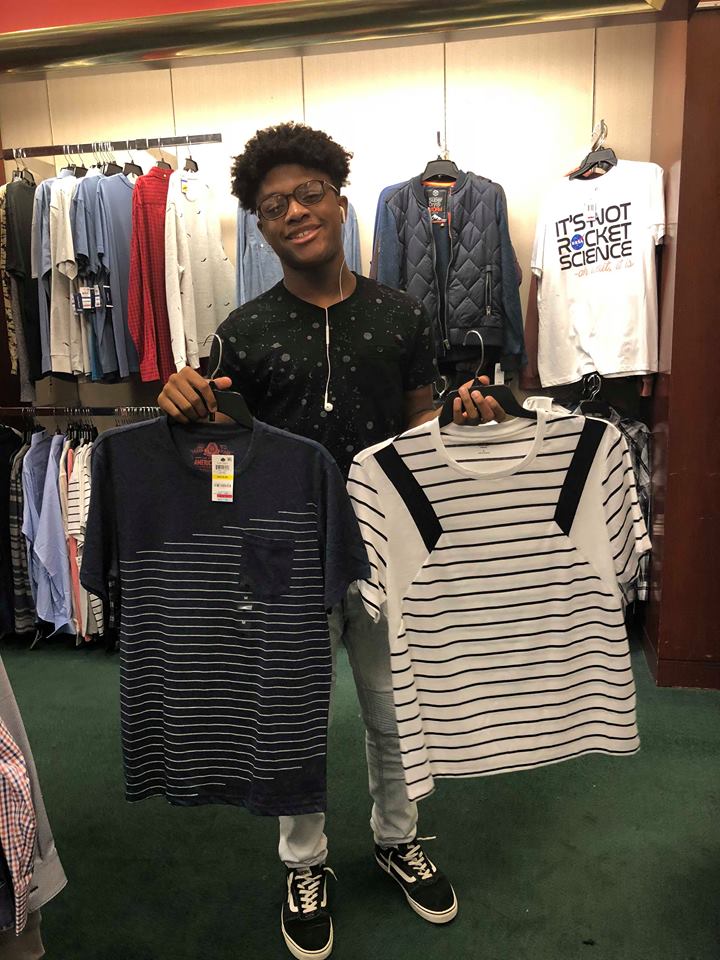 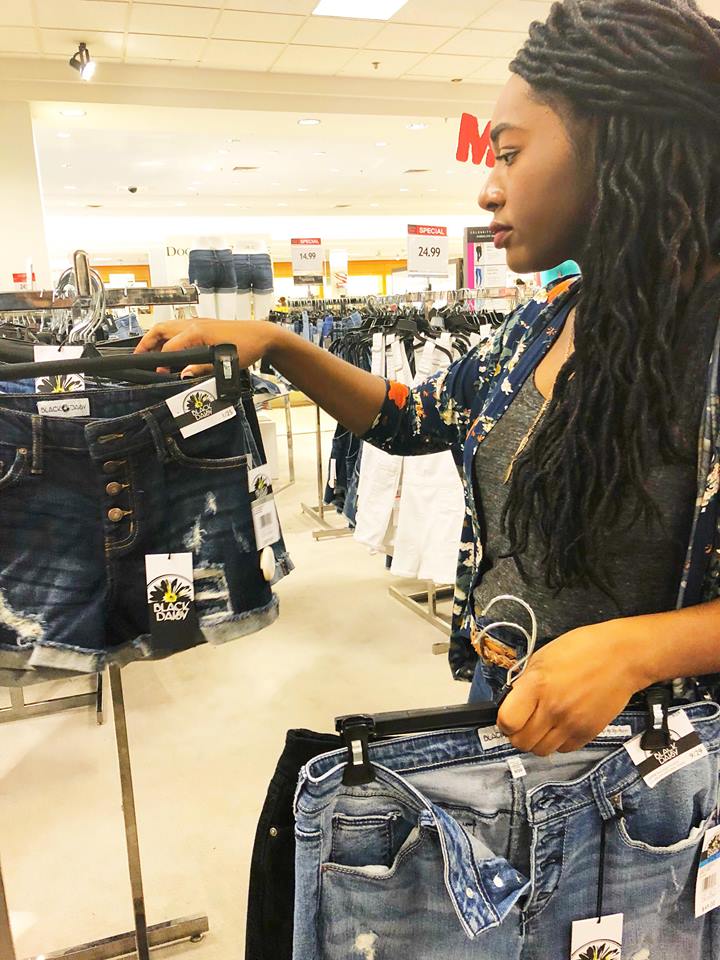 What Else Does Macy’s in Fort Bragg Have Happening? 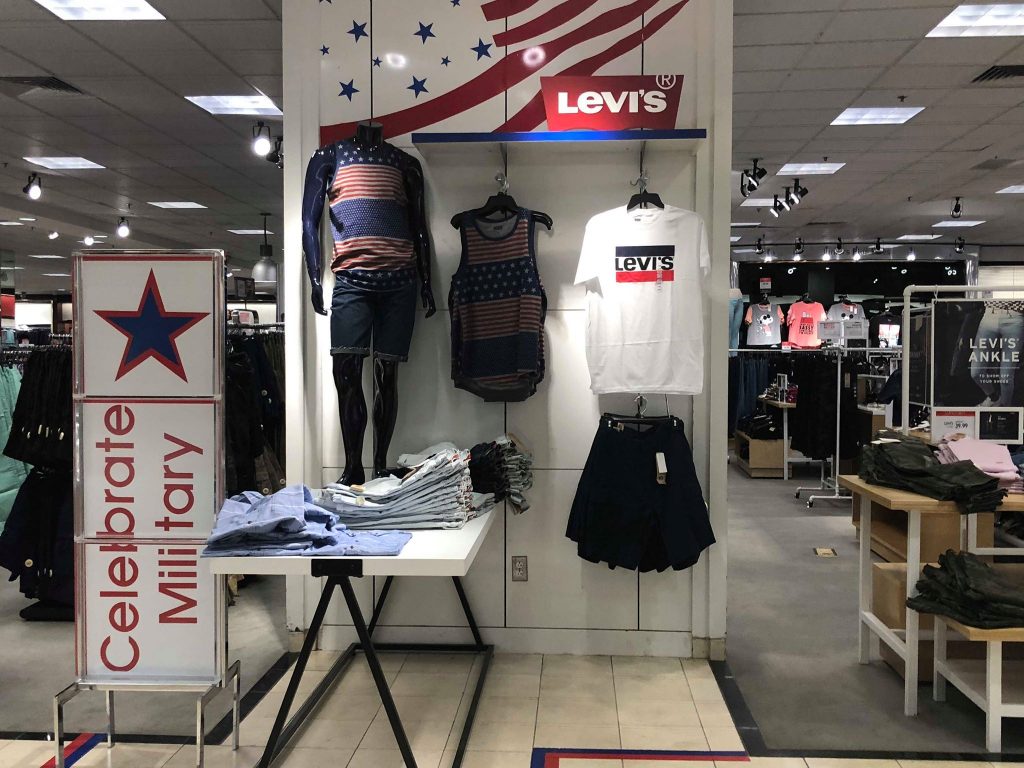 The Big Give Back For Military?

My experience above is just an example of how Macy’s honors military, but that’s not the only way. In fact, this July Macy’s in partnership with Blue Star Families, has launched The Big Give Back Campaign. This campaign not only supports Blue Star Families, but other military organizations like Team Rubicon and Bunker Labs.

So What’s The Big Give Back?

“Now through July 8, when you visit Macy’s and give $3 to support America’s returning veterans and military families, you’ll get a coupon for 25% off throughout the store.”

You can also donate the $3 online and use your 25% coupon online too. See shopping with purpose…right! 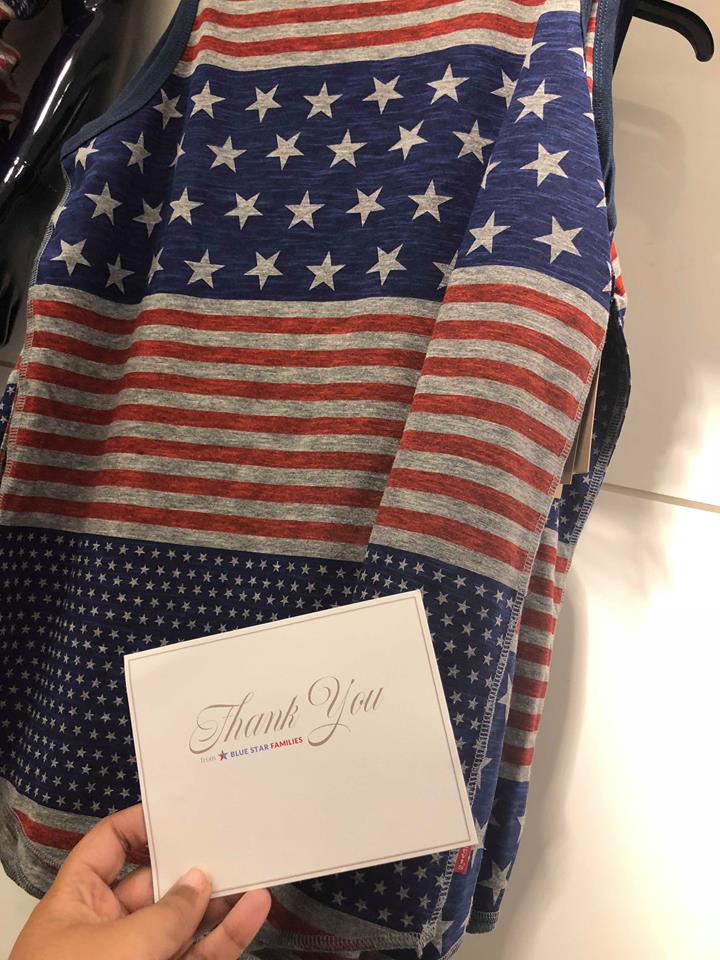 One More Awesome Giveaway For Military from Blue Star Families

And because it’s PCS season we totally understand you need to make that new base housing a home, or start prepping for back to school. No matter the reason Blue Star Families is excited to support military families with a giveaway for (55) $100 Macy’s gift cards. Simply enter below and winners will be notified after July 9th.

Visit Macy’s Veterans to learn all about how Macy’s works with the military and here to learn more about the Blue Star Families giveaway or enter below:
a Rafflecopter giveaway

Krystel is the mom of two and an Army Wife. In addition to Army Wife 101 she is the Co-Founder of SoFluential.com a digital media agency that connects brands with the military market. She has appeared on MSNBC ,FOX LA and formerly was a weekly contributor to HLN's "Raising America". She has written for various outlets including Sheknows and Lifetime and is a big fan of cupcakes and french fries.
July 4, 2018 by Army Wife 101 | 0 comments