I’m Jackie, an Army wife whose family is about to PCS within the next few months. This is our first true PCS and I have very little idea of what to expect. This article is the first in a series that will chronicle our journey from point A to point B. 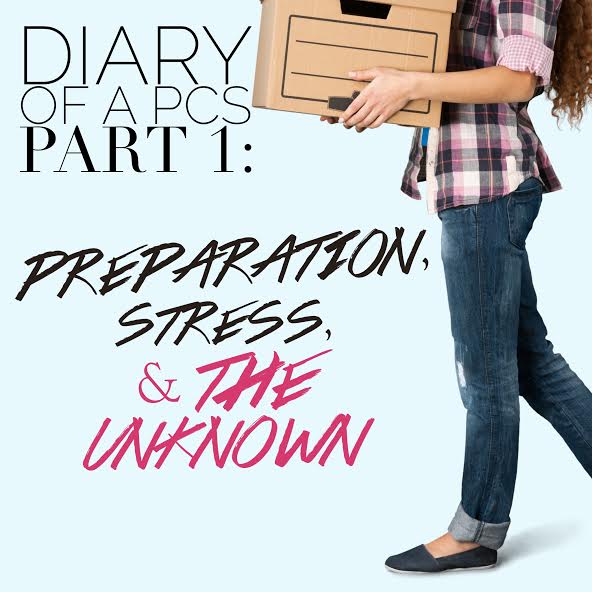 Why I Consider This My First PCS

You may wonder how I haven’t “PCS’d,” yet live in Germany, and I’m happy to explain. Prior to getting stationed here, I lived back home with my parents for a year while my husband completed BCT and AIT.

When the movers shipped our belongings, I still had conveniences to include my parents’ cars, furniture, pots and pans, toys and more. There was little paperwork to handle, no housing to clear, and no contracts to end.

My husband arrived in Germany, secured our house, received our goods, and unpacked everything before my children and I arrived. Our POV arrived shortly thereafter. For an international move, it was a piece of cake.

I started prepping and controlling what I could around the six-month mark. Here is what I started with:

–Purging. I didn’t plan to move everything, so I started selling, giving away and donating items to the recycle center on post.

–Making a bucket list. The clock was ticking to finally try that restaurant, go back to that store I loved, travel somewhere new, or spend time with friends while I still could.

–Stopped stocking up. I’m a couponer and I cut myself off from buying stockpiles of toothpaste, toilet paper and dish soap so that I don’t waste money on items we won’t use while here.

–Using up what we had. So that I don’t get stuck with a cabinet full of cooking supplies, I’ve tailored my menus. Bottles of soy sauce, rice wine vinegar and sesame oil, meant that Asian food is on the menu again this week!

–Counting down the “lasts.” We celebrated our last Oktoberfest, had our last Christmas in the house, and we picked our last tulips while they were in season. You get the idea.

What I Am Stressing Over

We recently received our orders and need to make initial appointments to get the wheels in motion. Not knowing exactly what is ahead of me makes the entire task seem somewhat insurmountable. We have no dates for shipping our vehicle, goods, or actual departure, and I’m trying to deal with the unknowns gracefully.

Particularly, these are the things that run through my head:

–Clearing housing. We were lucky enough to get a brand-new house a few years ago, but every inch of damage was our doing. I am concerned about cleaning expectations and potentially incurring costs.

–Going without. We’re used to having our own beds, toys, slow cooker, and car to name a few. Temporarily going without these items will be an exercise in minimalism, creativity and patience.

–Saying goodbye. I have made some very dear friends while living here and it will break my heart to move away. Additionally, I know that I will be homesick for Germany.

Please stay tuned for my next articles as I navigate through my PCS. Special thanks are extended to AFN Wiesbaden’s DJ Paul Hughes, aka “The Brit,” for inspiring this series.

Click to hear Jackie’s radio interview with Paul “The Brit.”

Krystel is the mom of two and an Army Wife. In addition to Army Wife 101 she is the Co-Founder of SoFluential.com a digital media agency that connects brands with the military market. She has appeared on MSNBC ,FOX LA and formerly was a weekly contributor to HLN's "Raising America". She has written for various outlets including Sheknows and Lifetime and is a big fan of cupcakes and french fries.
June 17, 2015 by Army Wife 101 | 0 comments