Home » Military Life » Commissary » To Shop Onpost or Offpost: 4 Reasons Why I Didn’t Judge Those Who Shopped in The Commissary Yesterday
Commissary 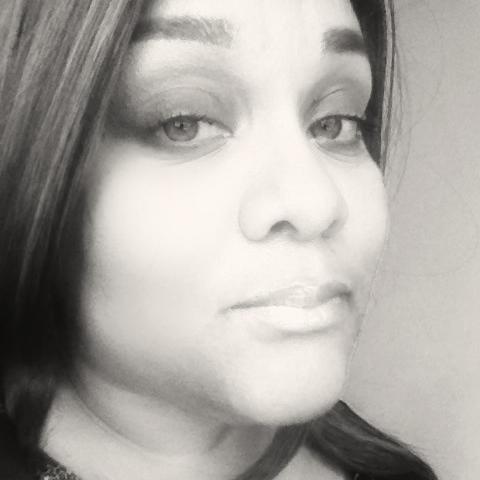 The morning of October 1st I made my way to my local Food Lion grocery store as I do many early morning week days after I got the kids on the bus. I walked in to one cash register open and maybe 5 people in the whole store. I enjoyed my walk down almost every single aisle and not having to move my cart to the side. I basked in the quietness and smell of newly stocked fresh bread and produce. I enjoyed that there was no crowd.

I could’ve went to the commissary but I’m lazy. I’d rather take the costly way out and go to the store that’s literally a 60 second drive from my house . The inner me who makes no sense knows that I am buying ground turkey that I could probably get for $2 less at the commi or spending a fortune on a pack of Sabrett or Nathan’s hot dogs because down south peeps have no clue that those are the best hotdogs in the world so they cost a lot.

However, while I am nowhere near rich (hell I wish) I am fortunate enough to be able to purchase my groceries however I wish and not on a set schedule. Unfortunately alot of the members of our military community do not have that option and yesterday was no exception.

You may have saw the blog post I put up earlier showing pictures of empty shelves and long checkout lines at the commissary yesterday . You guys really liked that posts because I was amazed at all the comments which were great. I couldn’t help but be alittle put off by the judgemental and snarky tone of those who insisted that people should be able to shop off base and that those who didn’t were stupid and somehow not managing their finances correctly. Geeze people didn’t we have this talk the other day about counting people’s pockets?

Click here to see pictures from around the country of empty commissaries and long checkout lines.

Well being that I am a military spouse blogger and all (inserting joking sarcastic tone here) I felt like I needed to break down why although the logical option would have been to just go to another grocery store yesterday…many didn’t.

I know it may be shocking to some of you (rolls eyes) that alot of people have one car. Yeah you see once upon a time some of you were the wife of a Specialist with a family just starting out and two cars wasn’t an option or maybe one was broke. Just maybe said SPC, PVT, or even a SGT said hey honey here’s the car to go get groceries during my lunch break but I need you to be back before I have to go. Maybe they didn’t have enough gas or time to venture beyond the gates. What about the couple who just PCS’ed from overseas and their one and only car hasn’t arrived!

Sure the cost of shopping at your local Walmart Super Center isn’t so bad but at the end of the day when you are talking items such as meat and produce the Commissary (imo) offers a better deal price wise. Take for instance a place like Hawaii where on the economy a box of cereal can range from $6-$8. Can you imagine having to shop for a family of four when one basic item costs that much? In Hawaii everything is imported which makes the cost higher. Everyone isn’t so lucky to be at a base in close proximity to a plethora of suburban grocery stores with low costs. Oh and please keep in mind everyone’s version of a good price is different based on your family’s financial makeup. While I have whined about about the surcharge the commissary charges in the past, it is still lower than the taxes charged by many grocery stores.

Ahhh helloooo! We are officially in a government shutdown and while the last government shutdown may have been 17 years ago , the majority of us were kids living at home who knew nothing about that kind of stuff. This is a scary time for many. Sure the military is getting paid but there are lots of Vets with card carrying rights to the Commissary who aren’t and maybe they were using their last few bucks to get food as cheaply as possible until Uncle Sam and his homies up there on Capitol Hill get it together. There is a wife out there who doesn’t know her way around her new home town yet and only knows how to get to the commissary. Her husband may be deployed and it’s the only option she feels she has.

Someone mentioned earlier that their military installation is an hour away from the closest stores. That right there is enough to not want to have to leave base and shop. People live on base for a reason and usually it’s the cost and the convenience.

I won’t pretend I didn’t shake my head in non admiration of those who braved lines as if they were waiting for the hottest concert tickets in town. Heck yea I would have been at the first grocery store OUTSIDE of base because I had a choice, but choice is the keyword and many didn’t have one.

Krystel is the mom of two and an Army Wife. In addition to Army Wife 101 she is the Co-Founder of SoFluential.com a digital media agency that connects brands with the military market. She has appeared on MSNBC ,FOX LA and formerly was a weekly contributor to HLN's "Raising America". She has written for various outlets including Sheknows and Lifetime and is a big fan of cupcakes and french fries.
October 2, 2013 by Army Wife 101 | 6 Comments

6 Comments on To Shop Onpost or Offpost: 4 Reasons Why I Didn’t Judge Those Who Shopped in The Commissary Yesterday