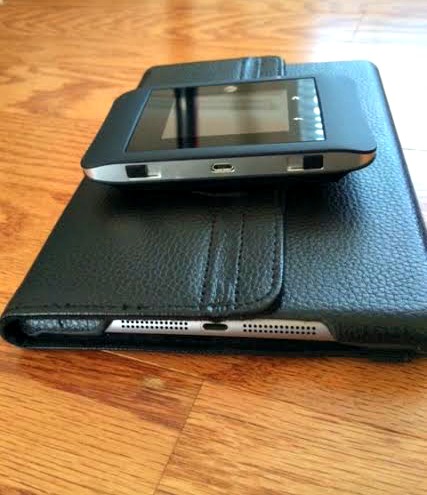 Disclosure: Netgear provided me with this device to facilitate a review. All opinions are my own.

I recently had the chance to check out and use the AT&T Unite Pro by Netgear that became available at military PX’s nationwide in April. I thought it would be great to share this with you because not only is this on the go wifi device great for being on the go , but it’s also great for those moments when your soldier is deployed and you want to be able to have a great connection to talk even if you aren’t home. For military personnel you will find this useful when in barracks or away with no access to wifi.

My family first had a chance to utilize ours during a recent road trip. I have a 15 year old girl and 9 year old boy so you can imagine the amount of wifi enabled devices there are among us. My son loved having his iPad hooked to the internet, while my daughter and I both loved that we could log onto our laptops all while riding along I-95.  The Unite Pro allows you to connect up to 15 devices to the internet at 4G LTE speeds.  Did the speed really move that fast? I can tell you this much the speed was quicker then the hotspot on my phone. My phone is a 3G which means that the wifi on this device had to have been a 4G or higher because it moved very quickly. Let me not forget to mention that we were moving through various areas so it was impressive to see it maintain not only it’s speed but connection as we moved through various towns and cities.

We tested everything you can do on the internet on our Unite Pro device. We streamed Youtube videos, sent emails, surfed Facebook and downloaded apps. The only downside I would say is that streaming content can eat up your data supply so be mindful of that. 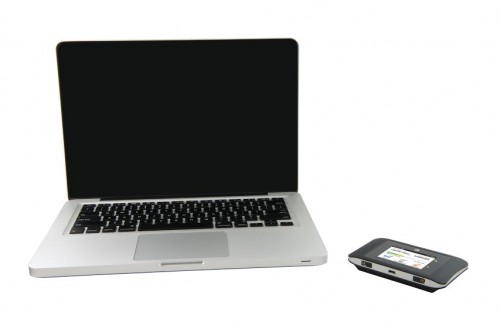 The 2nd best feature (in my opinion) was the “battery boost”. My Iphone loses charge really quickly and because we were at a theme park and I was taking lots of pictures my battery pretty much was a no go. However the battery boost allowed my phone to gain almost a full charge in about 28 minutes. This feature in itself is a lifesaver. I recently went to a theme park where you had to pay to charge your phone so you can see how this is handy. Additionally the battery power in the device itself last up to 16 hours. I loved that it’s portable and smaller than my phone so it can be carried in your purse or bag as well.

The setup is really easy and everything is easy to understand via the simply touch screen interface. 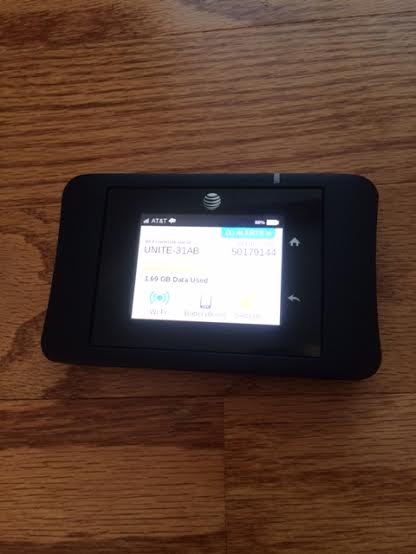 For military families this device is really handy because it works globally. With PCS season coming up this Summer many military families will reside in lodging or find themselves on the road. This is a great way to stay connected. It’s also really affordable. You can purchase the Unite Pro device outright for $199.99 (without a contract) and $50 for 5GB of data whenever you want. By the way 5 GB is alot of data so that’s a good deal. Additionally you can sign up for a 2 year contract via AT&T and get the device for just $49.99 and then $20 a month for your data.

As I mentioned military personnel and spouses can find these Netgear devices at their local Military Exchange. Pricing may vary and different specials are offered so it’s always best to check with your PX about what’s available.

Krystel is the mom of two and an Army Wife. In addition to Army Wife 101 she is the Co-Founder of SoFluential.com a digital media agency that connects brands with the military market. She has appeared on MSNBC ,FOX LA and formerly was a weekly contributor to HLN's "Raising America". She has written for various outlets including Sheknows and Lifetime and is a big fan of cupcakes and french fries.
May 12, 2014 by Army Wife 101 | 0 comments