If you follow the Army Wife 101 Fan page you may have noticed that from time to time I post about travel and discounts to one of my favorite places in the world…Disney World!!

That being said many of us are aware of the discounted ticket offer that is going on at this very moment but there seems to be alot of confusion of what exactly is included for the price of the ticket and how this whole park hopper process works.

I recently contacted Steve Bell a 30 year + member of the Armed Forces and a Disney Fanatic who is the creator of and owner of  http://www.militarydisneytips.com to break down the Disney Salute the Heroes Ticket offer .

By the way you must visit his site!

If you want a breakdown of the Disney process and how your military discounts fit into the process then this is the site to go to .

The Walt Disney Company has a long history of providing military discounts. At most times these discounts are small, about 4% off the full price including tax. But several times in the past and most recently with their Armed Forces Salute, which has been offered since January 2008 and runs through September 2012, Disney has offered steeply discounted theme park tickets as well as great discounts on resort rooms.

Disney currently offers military discounts on their resort rooms of up to 40% off their regular rates. Disney varies room rates during the year based upon demand. Rooms are more expensive during busy seasons (when the kids are out of school) and much cheaper during the off seasons. These discounts are available at both Disney World in Florida and Disneyland in California.

Military discounted 4-Day Disney theme park tickets are available at Disney World for either $138 or $165 each (based upon options selected). This is a savings of 56% when compared to regular gate prices.

Disneyland offers a 3-Day Park Hopper tickets for $99, which also saves 56% off the gate price.

If you will be flying to Disney World for your vacation Disney provides transportation to your resort from the Orlando airport on its Magical Express.

Krystel asked me to talk about the theme park ticket details because there are a couple of different options to pick from. 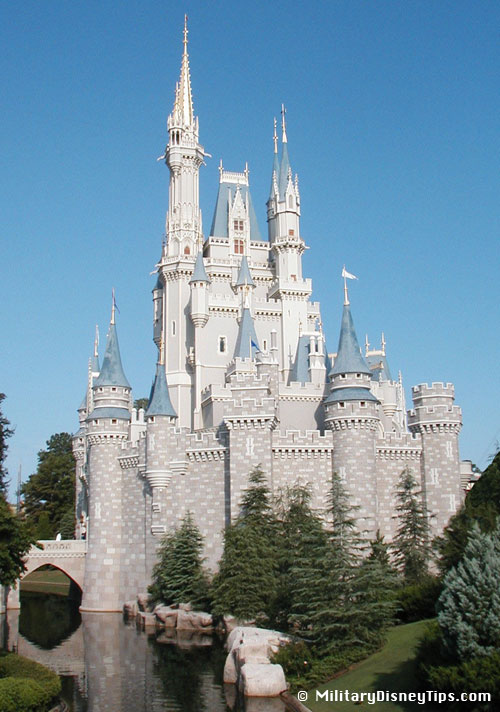 Park Hoppers allow you to visit multiple theme parks in one day, as opposed to a 1 park per day ticket.

The Water Parks Fun & More option allows 4 “visits” to Disney non-theme park entertainment venues. These consist of Disney’s two Water Parks (Typhoon Lagoon and Blizzard Beach), Disney’s Wide World of Sports, DisneyQuest, or a 9-hole round of golf at Disney’s Oak Trail Golf Course. Think of the WP&M visits as four additional admission tickets on top of your four-day theme park ticket. These visits are totally separate from your theme park admission, which can be used on the same day as a theme park visit or on a day all by themselves. They can be used once a day or you can use multiple visits per day. Used wisely the WP&M option can extend you four-day vacation to eight for little or no extra cost.

As I mentioned the current offer has been going (with one short break) since January 2008. Disney has “renewed” or extended it several times. With each renewal or extension the offer changes slightly and it always seems challenging to get the details from Disney.

My most recent update from Disney’s Military Sales Manager on 5 July was that: military members may purchase up to a total of 12 tickets during the offer period 3 October 2010 through 30 September 2012. No more than 6 tickets may be used at a time.

I hope this will be the last change to the offer, but if you are planning a Disney vacation check my site to get the most up to date info on Disney’s Armed Forces Salute at http://www.militarydisneytips.com/Special/ArmyWife101-Disney-Armed-Forces-Salute.html

One last thing, as a thirty-year (and counting) member of the US Armed Forces I want to salute you the Military Wife for doing what you do! Those of us who serve in our country’s military couldn’t do what we do if you weren’t serving as well! 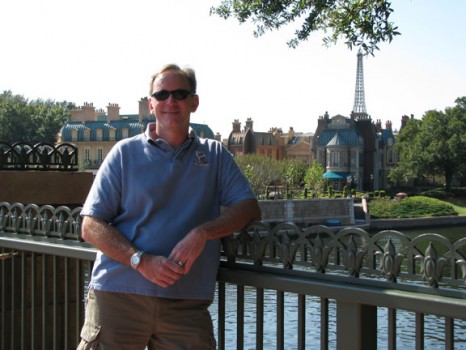 Steve Bell is a 30-year (and counting) US Armed Forces Member who has literally been to Walt Disney World more times than he can count, he even worked there for three years!

Krystel is the mom of two and an Army Wife. In addition to Army Wife 101 she is the Co-Founder of SoFluential.com a digital media agency that connects brands with the military market. She has appeared on MSNBC ,FOX LA and formerly was a weekly contributor to HLN's "Raising America". She has written for various outlets including Sheknows and Lifetime and is a big fan of cupcakes and french fries.
July 11, 2011 by Army Wife 101 | 3 Comments

3 Comments on Summer Travel Series: A Break Down of the Disney World & DisneyLand Military Ticket Discounts