This past weekend we spent some time in Raleigh, North Carolina because I received a chance to check out the Titanic Artifact Exhibition, which was at the Museum of Natural Sciences. I wrote about my experience here for you Fort Braggers who are looking for places to go on the weekend. 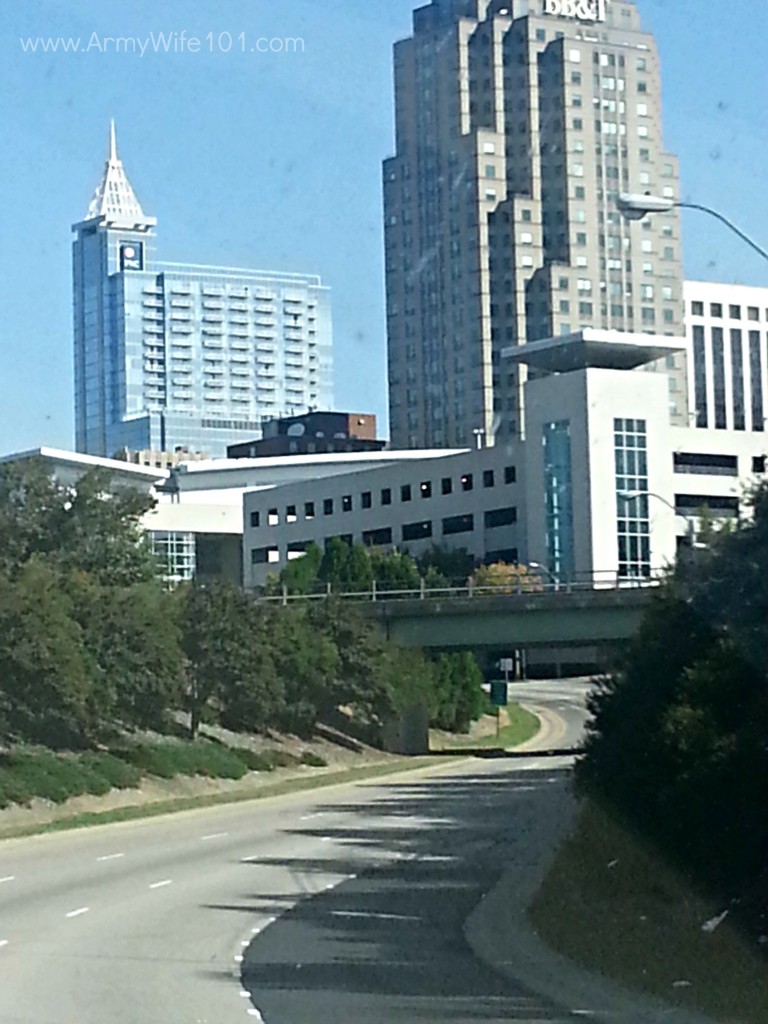 One thing I love about the Fort Bragg area and the south period is the wonderful scenic back roads you can take to get to a destination without having to always jump on a main highway or interstate. As we were riding we passed some cotton fields. I snapped a picture of this using my Samsung. I posted on Facebook that I didn’t know cotton fields were still in existence. A friend of mine said “Um Krystel where the heck do you think cotton comes from”? LOL I guess I deserved that one hehe! 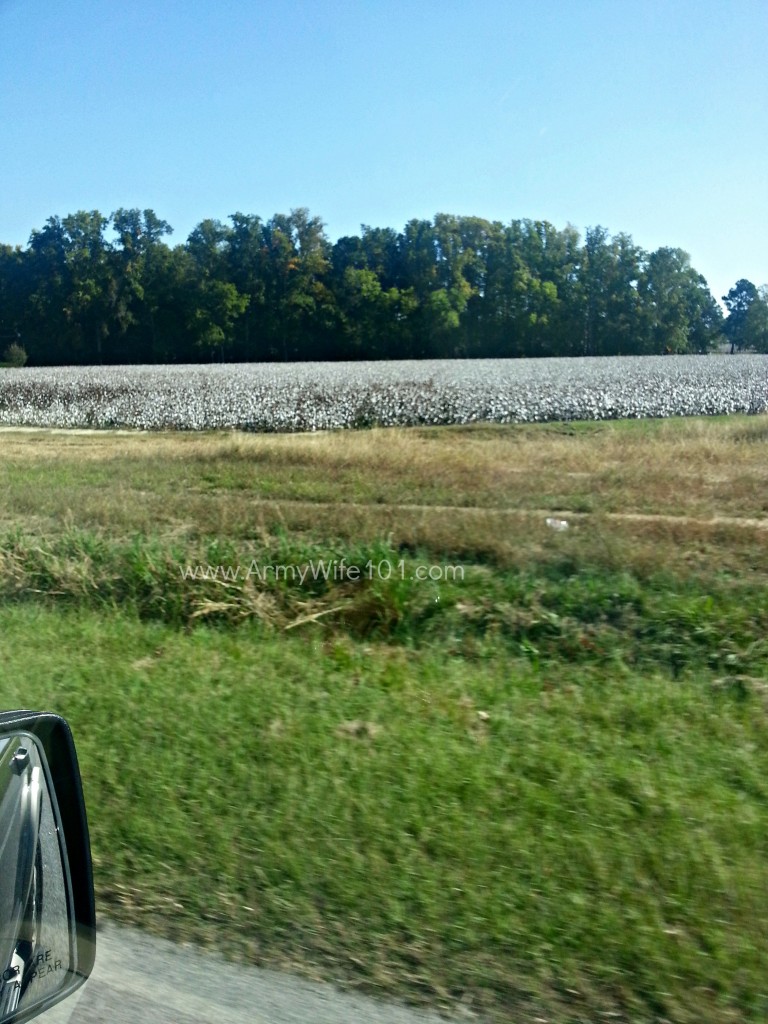 Because I am still reviewing the Samsung Galaxy S III I wanted to take some pictures of those scenic roads and of our day to try out the cool camera features on the phone. I still haven’t gotten the hang of all of them yet ,but I really liked that it took some pretty clear pictures although we were driving at 60 mph such as the one above. Pretty decent for a phone!

As I mentioned we were headed to Raleigh to check out the Titanic exhibit, but after we were done I took these pictures of outside the museum. The area surrounding the museum is so clean and pretty. There is always something happening down there such as a festival or music event , not to mention the scenery because the leaves were in full bloom. 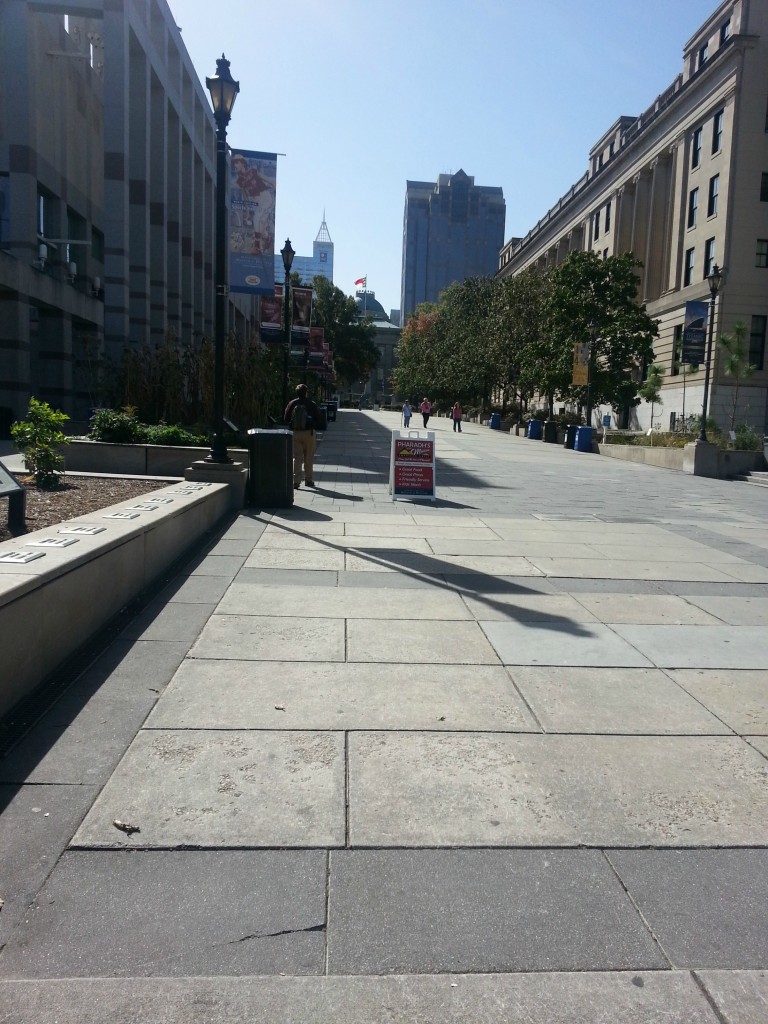 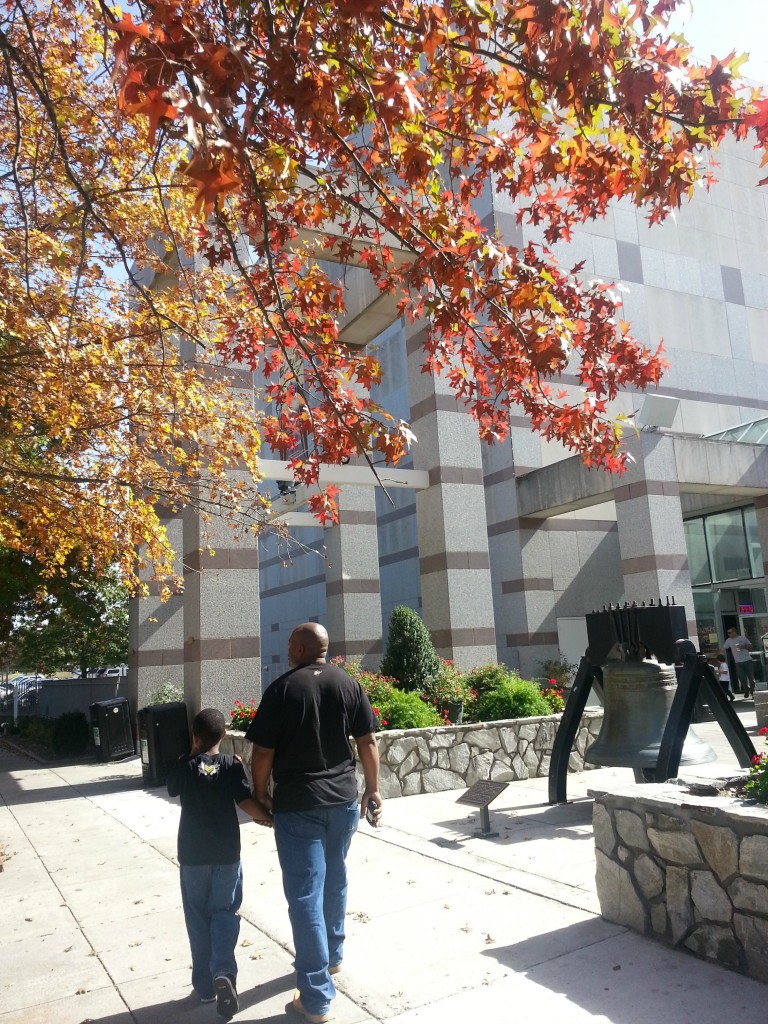 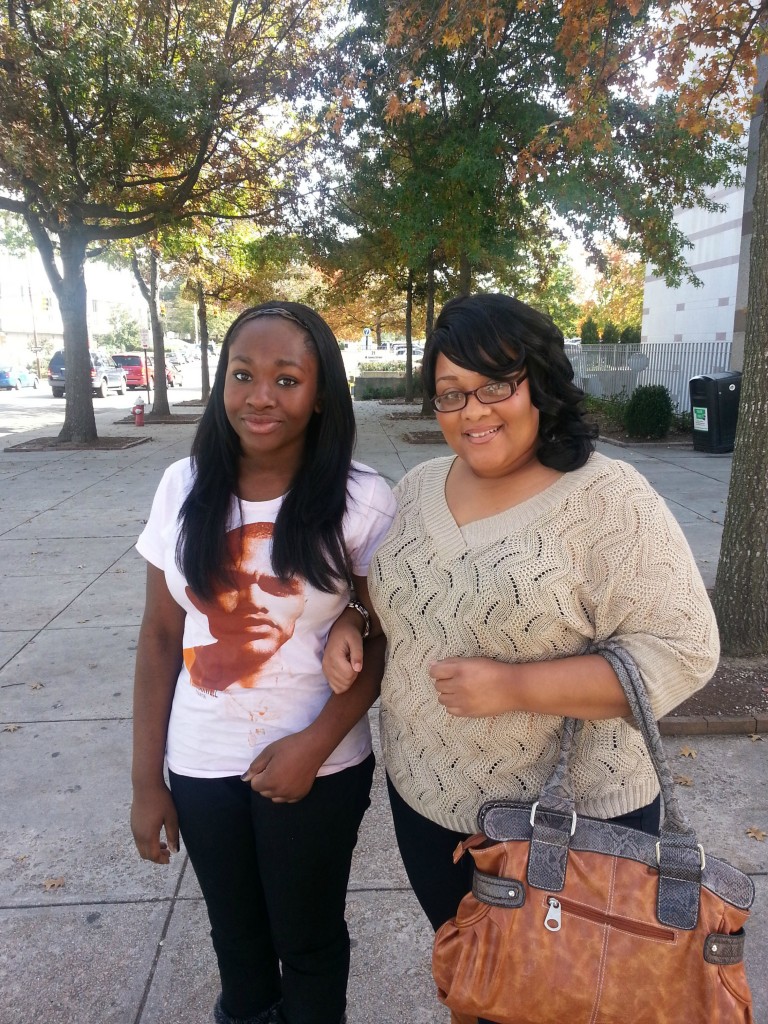 After we left the museum we were starving so I used the amazing Verizon navigation on my Samsung Galaxy to figure out how to get to a restaurant I had heard about called Dickey’s. The navigation was so good because all I did was put in the address and it automatically figured out we were and in less then 9 minutes (detour made it longer) we were there. The detour feature was helpful as well and very accurate.

Here are some of the features of VZ Navigator

Dickey’s BBQ is simply amazing and tender and their famous bbq sauce is just nom nom worthy. I even dipped my hush puppies in it. Their prices are reasonable and you get a good portion of food. I wasn’t to crazy about the sides I had which were potato salad. It was more like “mashed” potato salad and it had a little to much relish and the baked beans seemed like they were more out of a can then from scratch. Fortunately the bbq pulled pork and the perfectly cooked ribs made up for it. In addition they give free ice cream! I also was shocked to see another military family in there all the way up in Raleigh! They said they support the troops on the door but I forgot to see if they offered military discounts. 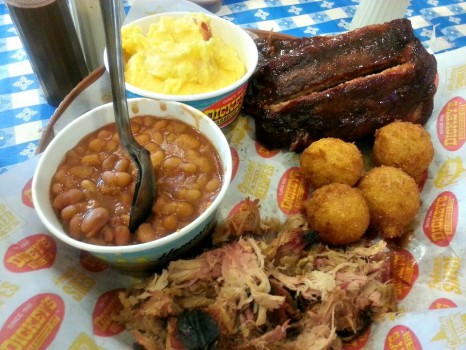 After we were done eating we were headed to our vehicle but not before we were greeted by a hoard of zombies coming around the corner! Okay not really… but hubby and I both were startled when as we were walking and out of nowhere comes literally hundreds of marathon runners . Being the “Walking Dead” fans we are, hubby of course starts his plotting about what we would do if these were zombies instead of people LOL! 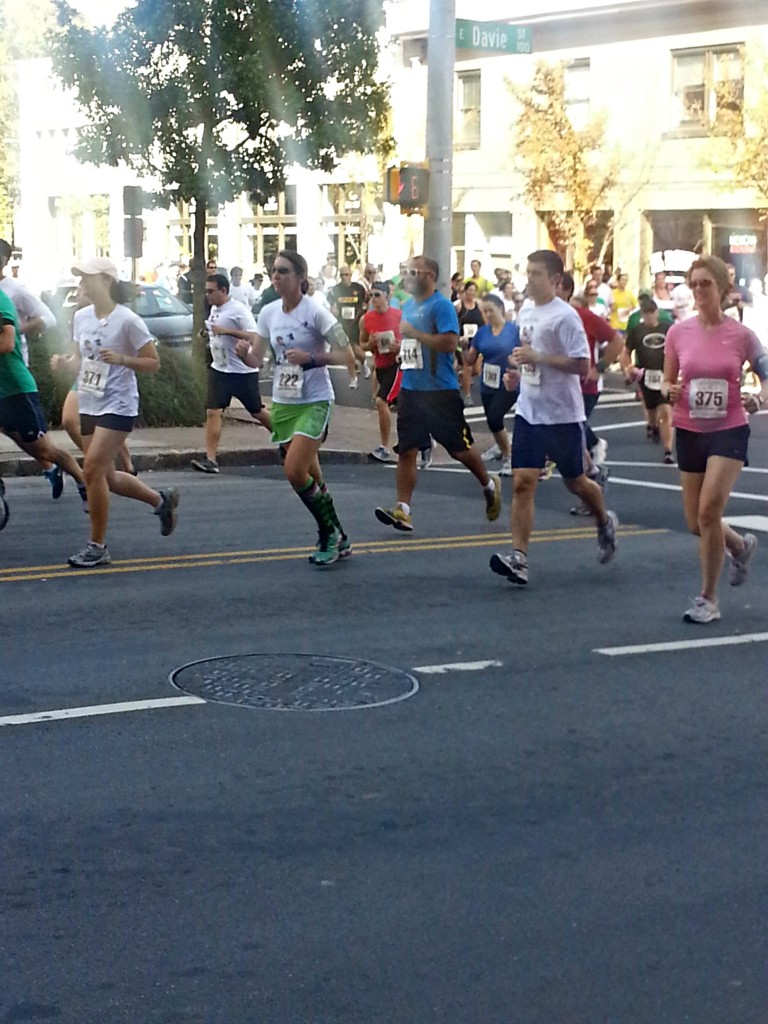 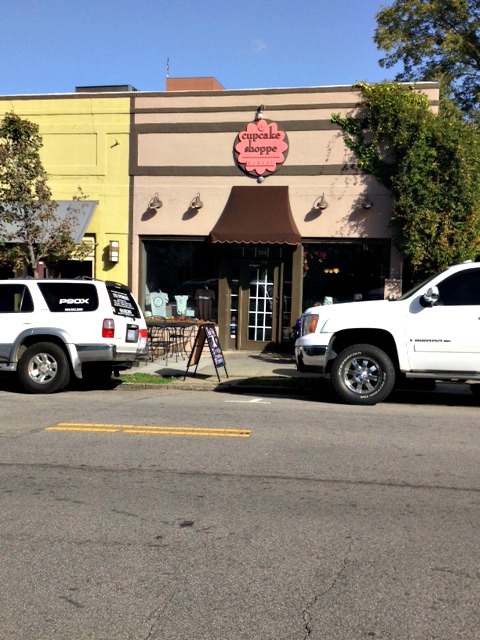 Although my husband and the kids went for the ice cream there was no way I was leaving Raleigh before I had a chance to snag some cupcakes from “The Cupcake Shoppe Bakery“. OMG the flavors are amazing! We opted for a half dozen because the cupcakes are good size and one is rich enough. While they are totally worth the price $3 a cupcake is steep for me but it’s not like we buy them daily so I opted for a half dozen which came to a little over $18.  I tried a piece of each of my family members but hands down the Red Velvet and the Pumpkin Maple cupcakes were winners for me. The Pumpkin Maple smelled just like a actual pumpkin maple candle yumm! 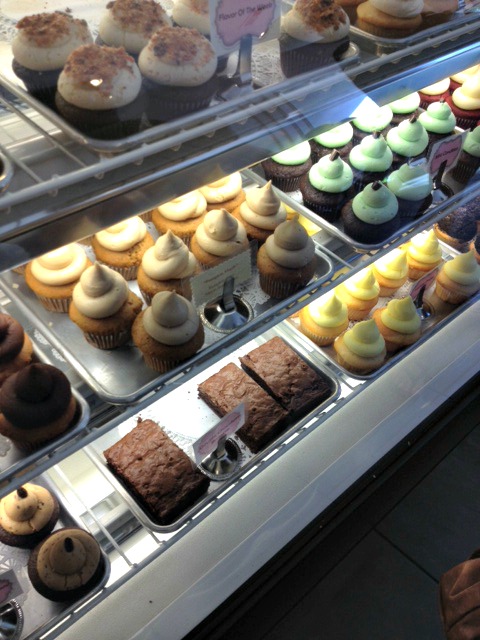 All in all we had a wonderful Saturday and ended it off with movies and baked cookies.

Hey we love our sweets!

Disclosure: “I am participating in the Verizon Wireless Ambassador program and have been provided with a wireless device and three months of service in exchange for my honest opinions about the product.”

Krystel is the mom of two and an Army Wife. In addition to Army Wife 101 she is the Co-Founder of SoFluential.com a digital media agency that connects brands with the military market. She has appeared on MSNBC ,FOX LA and formerly was a weekly contributor to HLN's "Raising America". She has written for various outlets including Sheknows and Lifetime and is a big fan of cupcakes and french fries.
October 24, 2012 by Army Wife 101 | 11 Comments