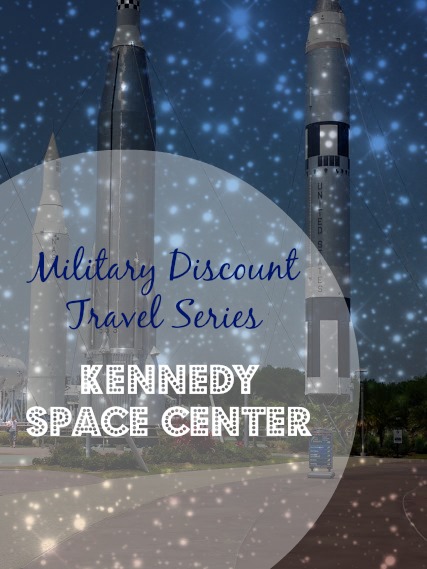 While taking our family trip to Nickelodeon Hotel and Universal Studios back in April the family and I managed to get some time to visit the Kennedy Space Center which is located about an hour from Orlando. 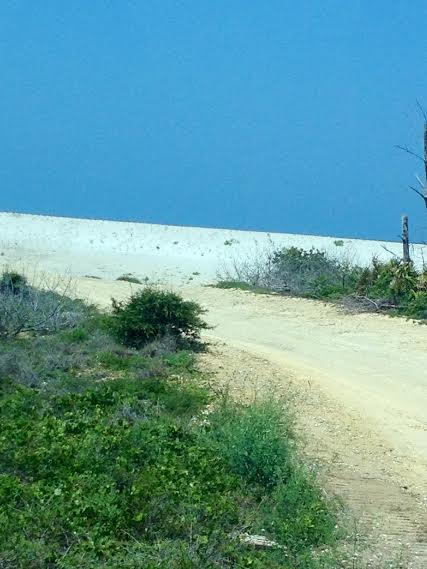 As a kid I have always been fascinated with the control center and how it takes so many people to pull off this task of sending one ship into space. So you can imagine my excitement as we drove up to what seemed like a private island surrounded by the ocean and clean looking beaches with no one on them. It was very secluded (rightfully so) out in Merritt Island, Florida as we made the drive into the entrance. 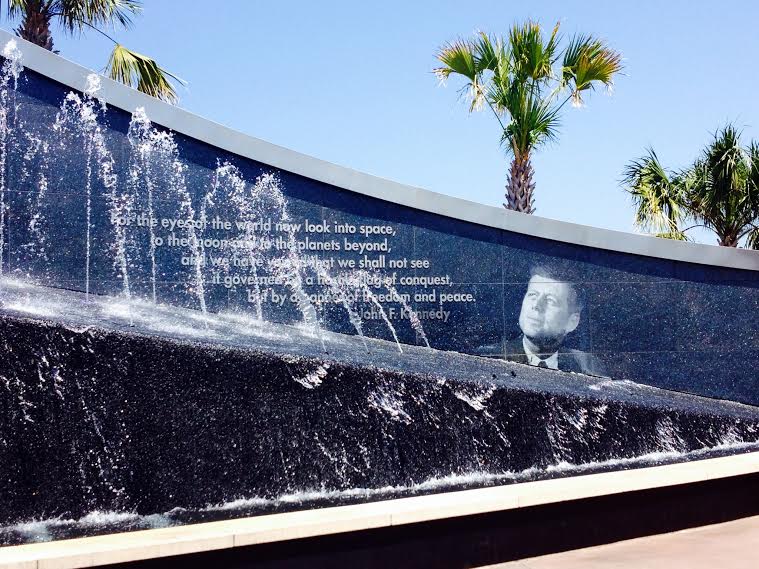 Parking was fairly easy to find and we made our way to the ticket booth presented our military ID to get our military discount (more on that later) and begin planning on what we would do next. We began with what mostly everyone else was doing which was the bus tour of the facilities. I admit the wait in line was a bit annoying because it was pretty warm and the line was kind of long but it moved fairly quickly.

The bus tour is about 45 minutes long , air conditioned ,and filled with beautiful scenery and some of the most amazing spots in space history.  I was captivated seeing where Atlantis made it’s final voyage and where the crew of the failed Challenger mission made their last fatal journey. The idea of knowing that the first space missions happened right in the spots we were in was amazing. The tour included the launch pads of many of the shuttle missions and a live interactive presentation of the launch of Apollo 8. The highlight of that was the actual control room of that mission. They played out the day right down to the countdown and the the actual launch of the shuttle in which you felt the vibrations and everything. It was realistic and put you in that moment in time. The monitors showed all the news coverage and the anxiety of the entire control room waiting to make see how this take off would go. 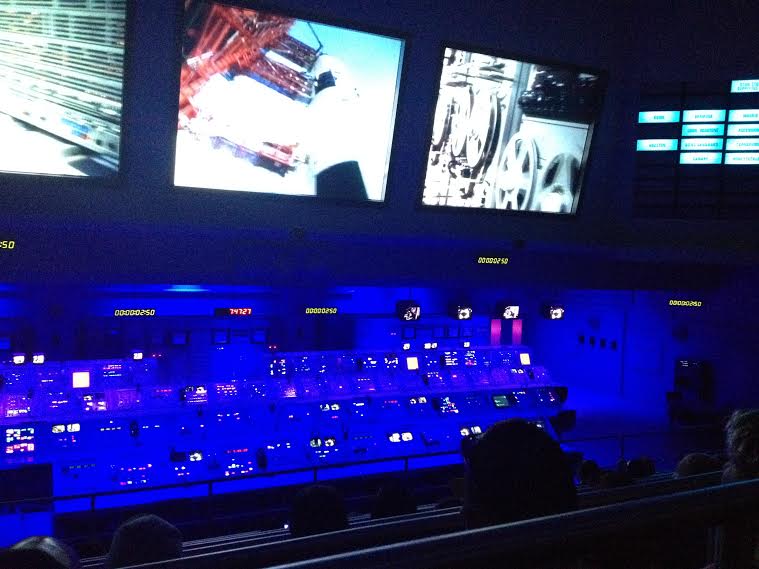 In addition to learning about the space program, we learned that KSC is a wild life sanctuary and people have spotted bald eagles, manatees and we saw alligators as well. 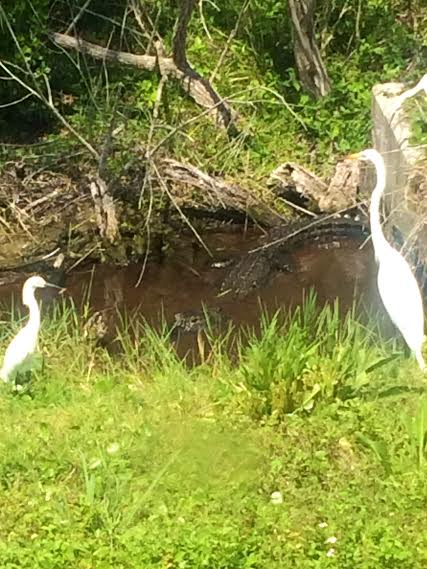 Other things we saw included the Vehicle Assembly Building which is used to build parts of the space craft. It is millions of square cubic feet and reportedly can fit the entire Empire State Building in it. 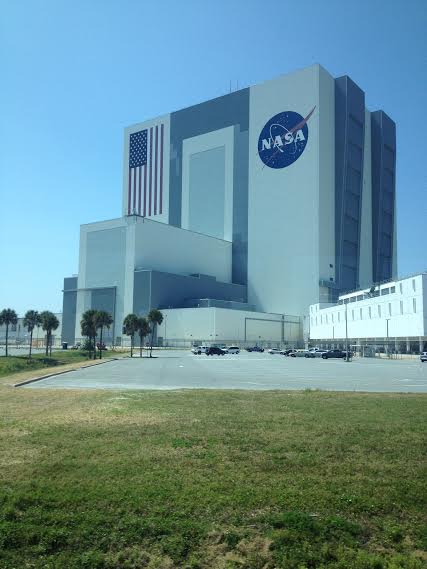 The best part of the bus tour was seeing up close and personal the rocket used in one of the famous Apollo missions. It’s insane how big this thing is in person. 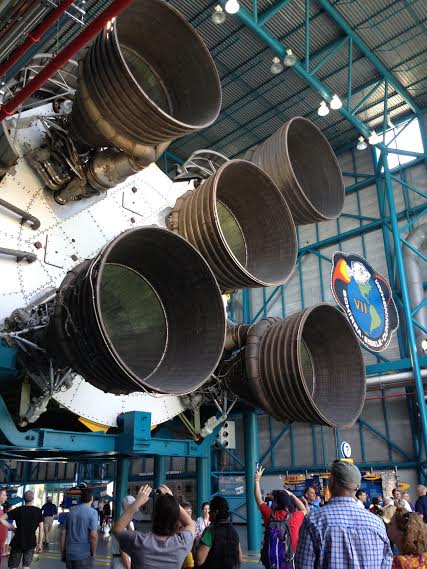 There were many other fun parts of this tour but the highlight was once we returned back to the main building and saw the video explaining how Atlantis was built. Atlantis was the first ship to be reused over and over again and was retired in 2011. The movie displayed creatively the over a decade process it took to build this ship and ended with the most beautiful reveal of the Atlantis on display in all her glory. 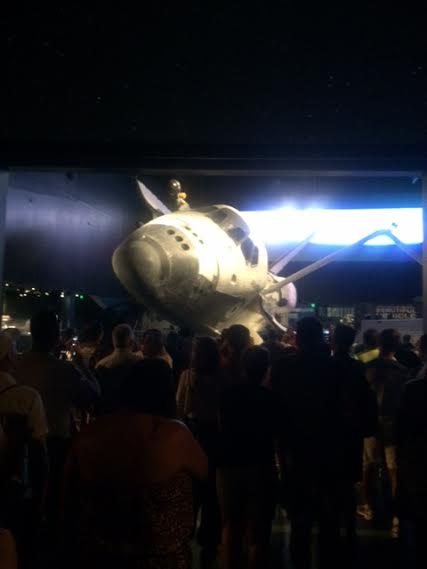 Astonishment doesn’t even begin to describe being this up and close with something that has traveled into space.

All in all we had a fantastic time. The trip was educational and not boring at all. I knew my 9 year old son would enjoy but I wasn’t so sure about the 15 year old, however even in all her typical teen miserableness she admitted she enjoyed the experience as well. 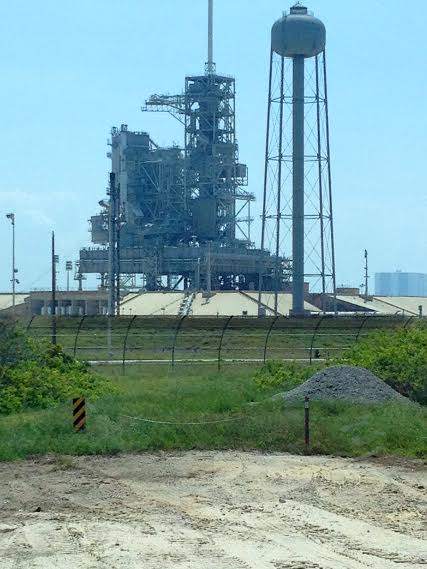 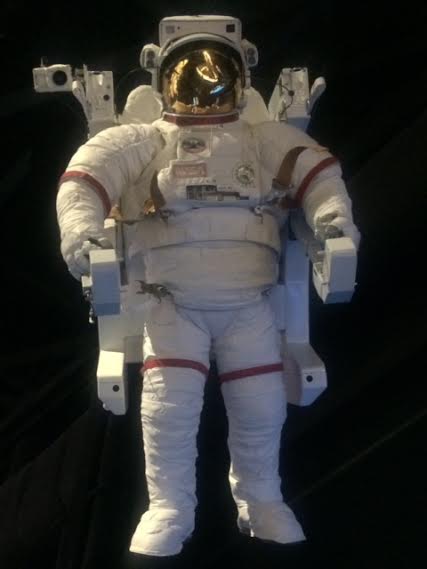 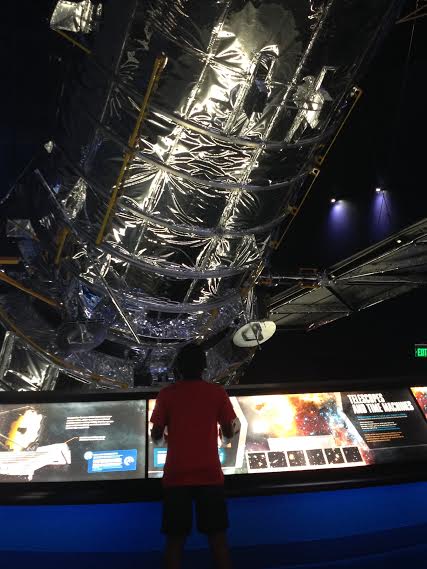 While leaving we encountered the most amazing sunset I have seen in quite sometime.

Going to Florida and visiting theme parks and paying for lodging and transportation costs can limit the amount of places a family may get to see. Military discounts always help and I am happy to share that Kennedy Space Center offers one. Discounted tickets can be purchased at participating ITT travel offices or at the Kennedy Space Center ticket window.

Krystel is the mom of two and an Army Wife. In addition to Army Wife 101 she is the Co-Founder of SoFluential.com a digital media agency that connects brands with the military market. She has appeared on MSNBC ,FOX LA and formerly was a weekly contributor to HLN's "Raising America". She has written for various outlets including Sheknows and Lifetime and is a big fan of cupcakes and french fries.
June 21, 2014 by Army Wife 101 | 5 Comments